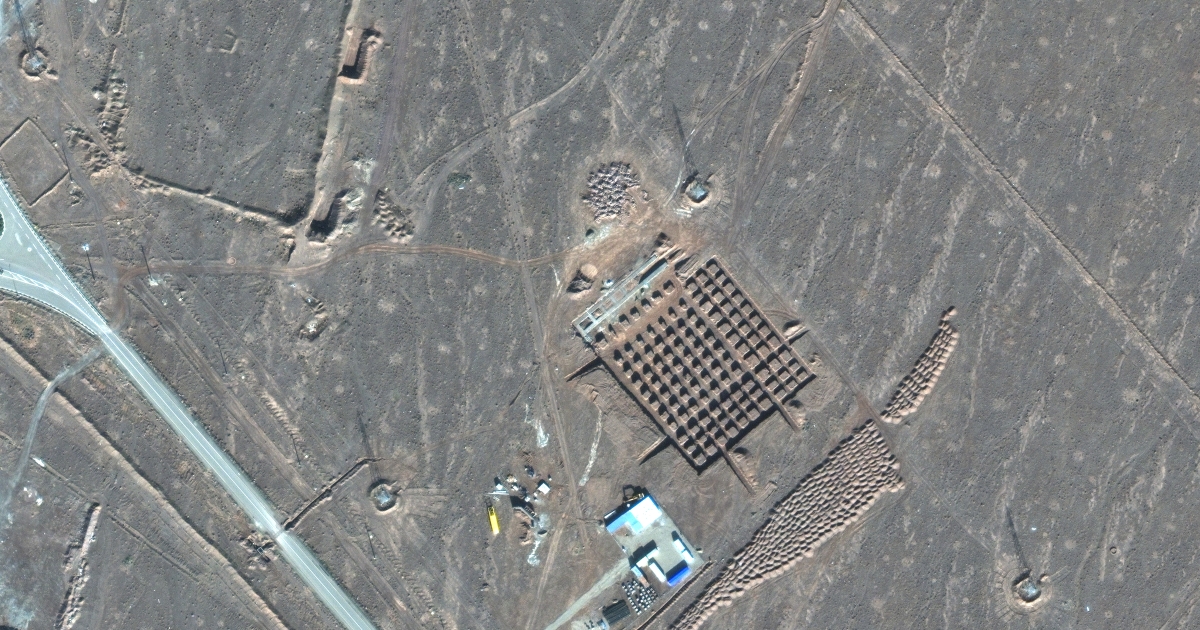 Iran turned off some of the cameras at a nuclear site after Western powers said Tehran wasn’t cooperating with the IAEA.

Iran has turned off a number of cameras installed by the global nuclear watchdog after Western powers introduced a resolution to censure it.

The Atomic Energy Organization of Iran (AEOI) announced on Wednesday that it has turned off the Online Enrichment Monitor (OLEM) and flowmeter system of the International Atomic Energy Agency (IAEA) at an unidentified nuclear site.

All the dismantled monitoring systems were installed voluntarily and beyond the framework of the safeguards agreement with the IAEA, the AEOI said.

The AEOI statement added more than 80 percent of existing IAEA cameras are covered by the safeguards agreement and therefore remain in place and operational.

“Unfortunately, without considering that the Islamic Republic of Iran’s cooperation has been out of good will, the agency has not only not been grateful for it, but has also in a way considered it Iran’s duty,” it said.

The organisation said the IAEA had been informed of the move, which appears to have been implemented on Wednesday.

It came as a response to a resolution submitted by the United States and its European allies at the board of the IAEA on Tuesday.

They said Iran’s possession of 60 percent enriched uranium, in addition to deploying 2,000 advanced centrifuges and expanded research and development, is cause for great concern and is “fueling distrust as to Iran’s intentions”.

They also maintained Iran’s nuclear activities have no civilian use justification and are making it more difficult to return to the country’s 2015 nuclear deal with world powers.

The United States said on Wednesday it would be regrettable and counterproductive for Iran to remove two of the UN nuclear watchdog’s surveillance cameras.

“If accurate, reports that Iran plans to reduce transparency in response to this resolution are extremely regrettable and counterproductive to the diplomatic outcome we seek,” a US statement to a meeting of the 35-nation Board of Governors said ahead of a vote on the draft resolution. “We do not seek escalation [with Iran].”

Only two countries, Russia and China, opposed the text while 30 voted in favour and three abstained, the diplomats said. The text says the board “expresses profound concern” the traces remain unexplained because of insufficient cooperation by Iran and calls on Iran to engage with the watchdog “without delay”.

The US unilaterally abandoned the nuclear deal, the Joint Comprehensive Plan of Action (JCPOA), in 2018 and imposed harsh sanctions on Tehran. Iran began gradually boosting its nuclear programme a year after while maintaining that it was strictly peaceful.

Last year, after a top nuclear scientist was assassinated near Tehran in an attack blamed on Israel, the Iranian parliament passed a law that obligated the government to boost enrichment and also dismantle some IAEA cameras.

Iran and the IAEA eventually reached an agreement that kept the cameras in place and recording, but Iran would only have to hand over the tapes once the JCPOA was restored and sanctions lifted.

Iran and the agency have also disagreed over particles found at several nuclear sites. The IAEA said in its latest report that Iran has failed to provide adequate explanation, whereas Iran has accused the agency of acting under political pressure.

Indirect talks between Iran and the US have stalled in recent months as the two have failed to agree on what sanctions will be lifted in case the JCPOA is revived.