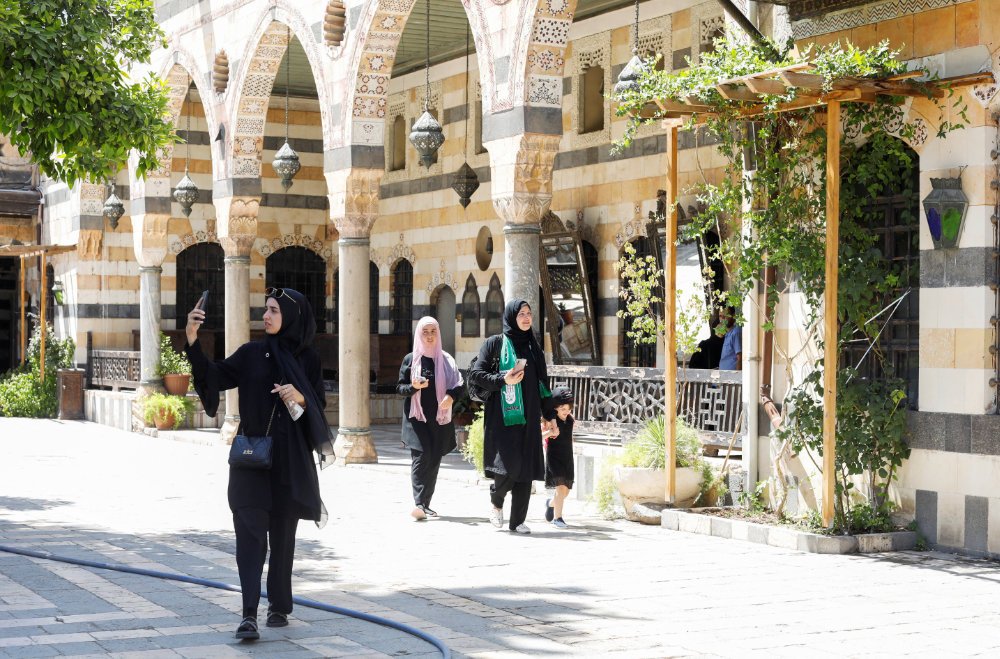 Somar Hazim had high hopes when he opened a hotel in Damascus in 2009, adding to a growing number of boutique guest houses in the Old City that were proving to be a hit with tourists, before war broke out and forced him to close down.

Although security returned to Damascus years ago, big-spending foreign visitors have not, with Syria still fractured by war.

Hazim has no plans to reopen his Beit Rose Hotel, an 18th century house with rooms set around a picturesque courtyard, a decision that reflects the weakness of tourism and the wider economy of a country suffering from 11 years of conflict. 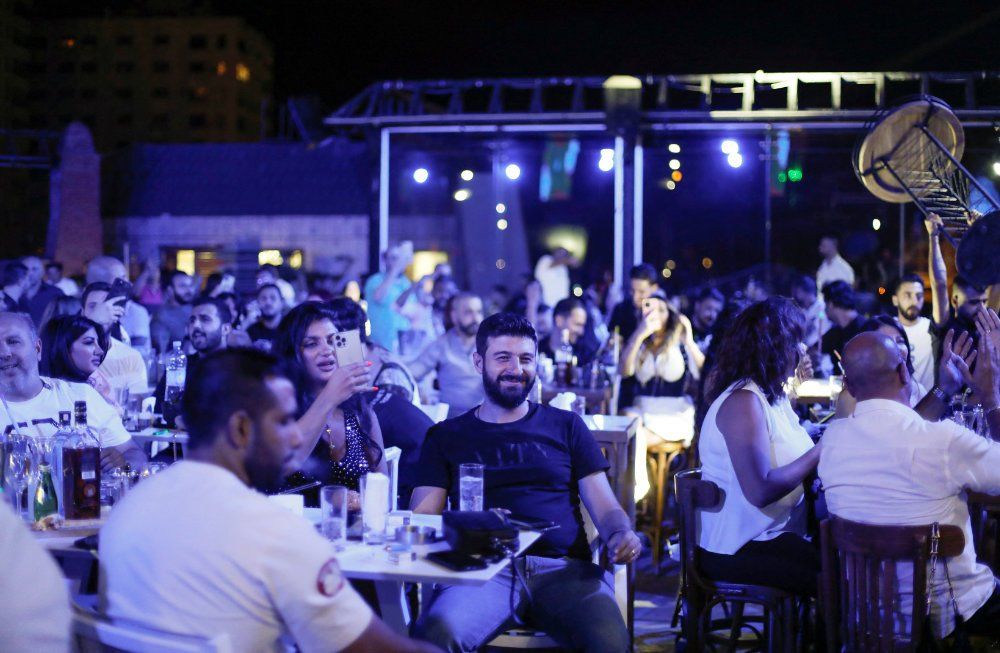 People sit at a rooftop lounge in Damascus, Syria August 3, 2022.

“The number of foreign tourists in Syria — as they were before 2011 ... are still few,” said Hazim, smoking a water pipe at a cafe he owns in another old Damascene house. But he sees a glimmer of hope: more Syrian expats are visiting.

At its peak in 2010, Syria attracted 10 million tourists, many of them Westerners. That all changed in 2011 with the onset of the war that has killed at least 350,000 people and uprooted half the population, forcing millions abroad as refugees.

Foreign visitors to Syria today come mostly from countries that have good relations with President Bashar Assad’s government. They include Iraqis, Lebanese and Iranians on pilgrimage to sites revered by Shiite Muslims. 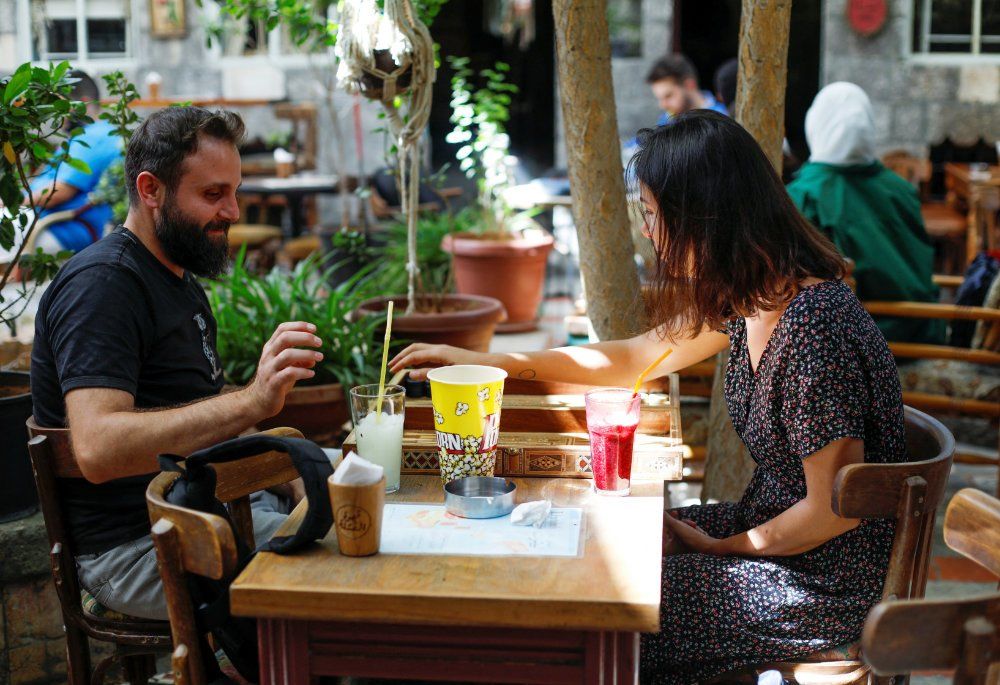 A man and a woman play backgammon at Somar Hazim's cafe in Damascus, Syria July 31, 2022.

Visitor numbers rose to 750,000 in the first half of 2022 from 570,000 in the same period of 2021, Tourism Minister Mohammed Rami Martini told Reuters, attributing the rise to the easing of COVID-19 travel restrictions.

He expects visitor numbers this year to recover to levels last seen in 2018 and 2019.

“We have close to 100,000 Iraqis, and there are Lebanese and others from friendly states. But the biggest number are the expatriates,” he said, describing this as a boost to the economy because they spend amounts similar to foreign tourists.

Syria’s economy is in dire straits, hurt by factors including a precipitous decline in the currency’s value since 2019, prompted by neighboring Lebanon’s financial collapse. 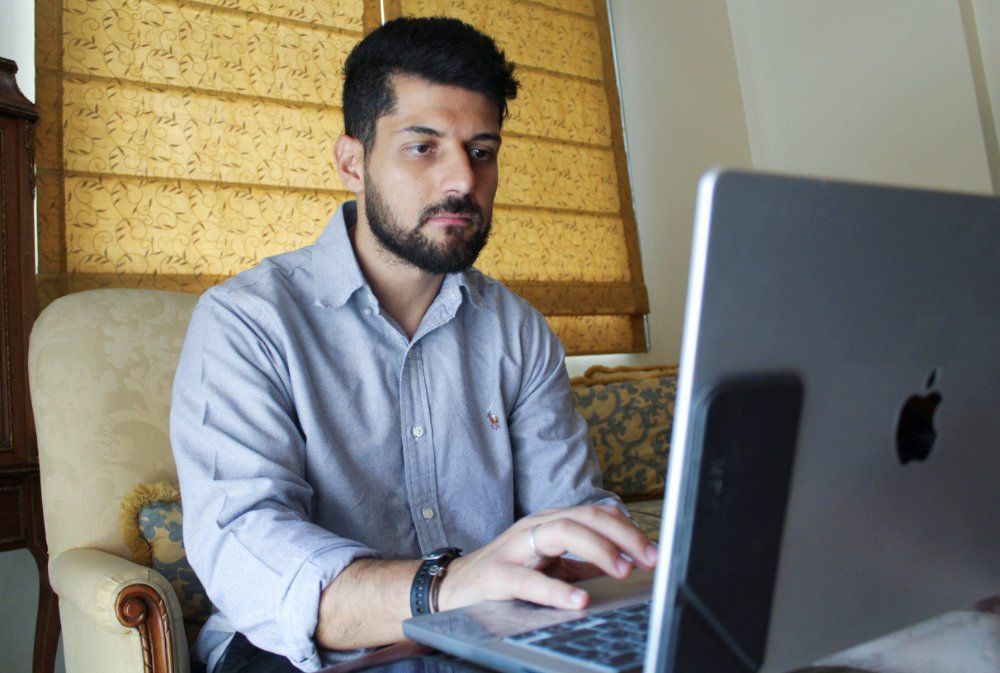 Sami Alkodaimi, a Syrian expatriate who lives in Saudi Arabia, uses his laptop at his home in Damascus, Syria August 6, 2022.

Subsidies on essential goods have been gradually lifted, with prices of items such as fuel rising to unprecedented levels.

Although the currency’s collapse has boosted the purchasing power of expatriates visiting with wads of foreign currency, the gaps in some basic provisions has been frustrating.

Sami Alkodaimi, a Syrian expatriate who lives in Saudi Arabia, stayed away from the country from 2011 to 2019, during the peak of the country’s conflict.
In Syria this summer, Alkodaimi said he felt less hope during this visit, noting higher prices, fuel shortages, and poor electricity provision in the heat of summer.

“I came in my car from Riyadh. The gasoline issue is very annoying. We are trying to obtain it, but with difficulty,” he said.