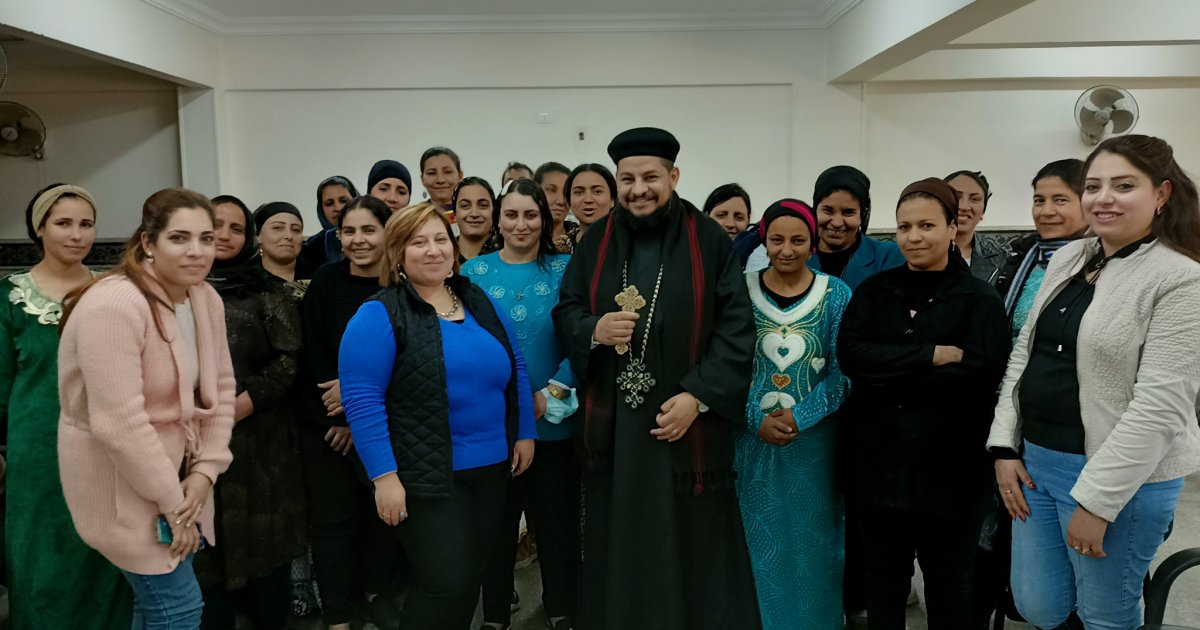 ‘You Can’: A way out for abused wives in Upper Egypt

Up to 86 percent of married Egyptian women face spousal abuse, particularly in Upper Egypt. ‘You Can’ aims to help them.

Engy Raafat, a Coptic Christian mother of three in Upper Egypt’s city of Assiut, says that when it comes to abusive marriages, she has experienced and survived it all. So after she finally broke free in 2016, she was determined to help other mistreated wives.

“I was slapped at any time; lived under threatening glares, even in front of my family, these were followed by physical assaults and reprimands,” the 39-year-old told Al Jazeera.

“There was unending emotional manipulation. I stuck around because I believed it was best for my kids to live as a family… until my own blood covered my face a week after my mother passed away. That’s when I made the difficult decision to break free.”

It was not an easy step to take. The Coptic Church permits divorce in very limited cases.

According to a 2021 report by the Forum for Development and Human Rights Dialogue, an Egyptian NGO, up to 86 percent of married Egyptian women face spousal abuse. Yet, many decide not to seek divorce due to the legal, societal, financial and emotional perils many divorced women suffer as a result of a discriminatory legal system and society.

Mistreatment of women, especially wives, is even more accepted in Upper Egypt, said Noura Mohamed, manager of a unit aimed at combating violence against women at the Centre for Egyptian Women’s Legal Assistance (CEWLA). “There, beating wives is deemed the husband’s right, often resulting in permanent injuries,” she said.

Upper Egypt is home to a quarter of Egypt’s 103 million people and roughly 50 percent of its poor, making job opportunities scarce. Many divorced women, particularly mothers, struggle to support themselves as their families shun them because of their stigmatised “divorcee” status.

In 2016, Raafat sought to change this. She founded You Can, an initiative that assists abused wives legally, financially and mentally to stand up against mistreatment.

According to Raafat, You Can is the first organisation to offer such support in the Upper Egypt regions of Assiut, al-Minya, Sohag, Beni Souef and Luxor. Although these districts are home to a significant Coptic population, she said that roughly 65 percent of women seeking her help are Muslim.

“The real challenge for abused wives is the biased societal norms and legal frameworks that keep women of all faiths stranded in these destructive relationships,” said Raafat. 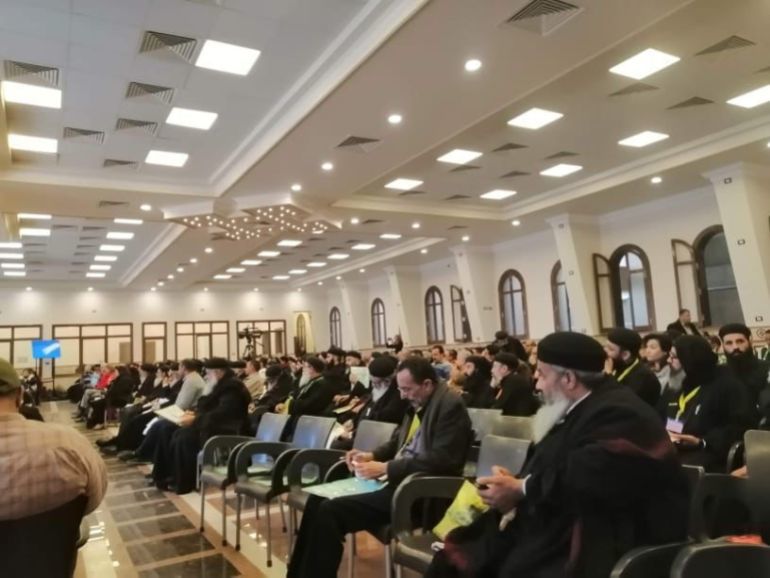 “‘Patience in the face of injustice will win you a heavenly crown,’ or ‘Just accept it and live with it. There is no divorce in Christianity,’ – [these] are widespread comments, discouraging women from pursuing an exit. But a way out always exists,” she noted.

Societal stigmatisation and discrimination, she explained, add extreme psychological and emotional strain on abused women, driving many to try to take their own lives.

CEWLA’s Noura agreed, adding that societal challenges include many landlords refusing to rent their properties to a divorced woman, and many families insisting that children remain with the abusive father. “Many women find themselves forced to accept these abusive relationships,” she said.

Raafat faced these post-divorce traumatic experiences, including losing her accommodation and income, which she only managed to overcome with the Assiut bishopric’s support. So her initiative seeks to empower abused wives economically to emerge from their own traumas, stronger.

Abused wives also find it hard to turn to the authorities, and Raafat noted that proving spousal assault is very difficult. “Submitting a medical report to the police that documents the brutality and was obtained from one of the hospitals accredited by the authorities, is likely to only result in the husband getting a penalty of a suspended week’s imprisonment,” she said.

Through various workshops, including private talks with women, Raafat has spoken to more than 50,000 women and 10,000 men about spousal abuse, its various forms, and how to tackle it. There are also stage performances for all-women audiences that help explain what abusive relationships entail and how to deal with them.

Since its launch, the initiative’s 12 volunteers, which include four men, helped at least 1,000 abused women find jobs, Raafat said. “We use social media, our own connections, and the initiative’s good reputation to find jobs for these distraught women jobs across various cities,” she said.

For those wanting to launch their own small projects, the initiative helps secure funding from businessmen and local NGOs, she added.

You Can’s volunteer solicitors file pro bono cases on behalf of women who otherwise cannot afford to do so, Raafat noted. One such case is Marianne, a 28-year-old who was stabbed by her husband, resulting in superficial wounds but deep psychological and emotional scars. She could not afford to file a lawsuit, Raafat explained, but You Can – which also got her job as an accountant – put her in touch with a prominent lawyer who took up her case for free.

Mariam, a 40-year-old woman from Assiut, said she was abused by her husband to the point that she tried to kill herself by self-immolation to escape the suffering.

“You Can transformed my life. Through financial and psychological support, I no longer have suicidal thoughts, have developed my professional skills, and found a job,” she said, adding that she is now separated from her husband, but was not able to pursue divorce because of “various complications”. 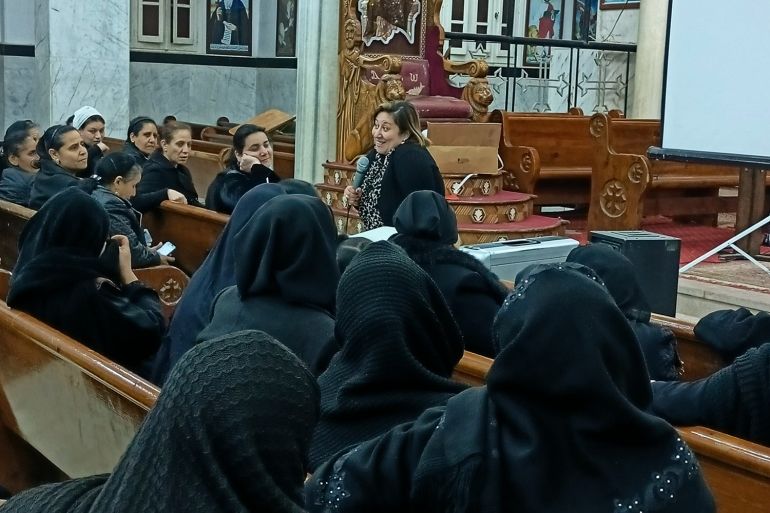 Raafat says her initiative is the first to focus on spousal abuse in Upper Egypt, by providing psychological, financial and legal support to mistreated wives

According to Raafat, seeking to change concepts deeply ingrained in a conservative society like Upper Egy[t comes with criticism from wide segments that believe women should accept whatever treatment their husbands choose to apply to them. She has also received threats from men whose partners she helps. One man, a drug addict whose fiance left their toxic relationship after attending You Can sessions, harassed her with phone calls and text messages, promising to harm her.

“Women who seek us often get threatened by their husbands, and sometimes even accused of adultery,” she said, adding that she offers confidential online sessions with many, for their own safety.

But the influx of women reaching out, which increased by 40 percent during the COVID-19 pandemic, reinforces Raafat’s conviction that You Can is essential.

Local churches’ backing also bolsters this conviction. Magda Nassef, who provides spiritual support to women at Assiut’s Martyrs Church, said embracing You Can is part of the church’s efforts to curtail spousal abuse.

“The initiative was allowed to use the church’s halls to hold seminars and private talks with victims, and is given a platform during public occasions to address the masses and raise awareness,” explained Nassef.

The church also welcomed You Can’s participation in a conference for priests who handle worshippers’ marital issues to enhance their understanding of spousal violence and provide advice and solutions to empower women in the community, she added.

“Abused wives need such psychological and financial support, in addition to the spiritual guidance the church offers,” she concluded.