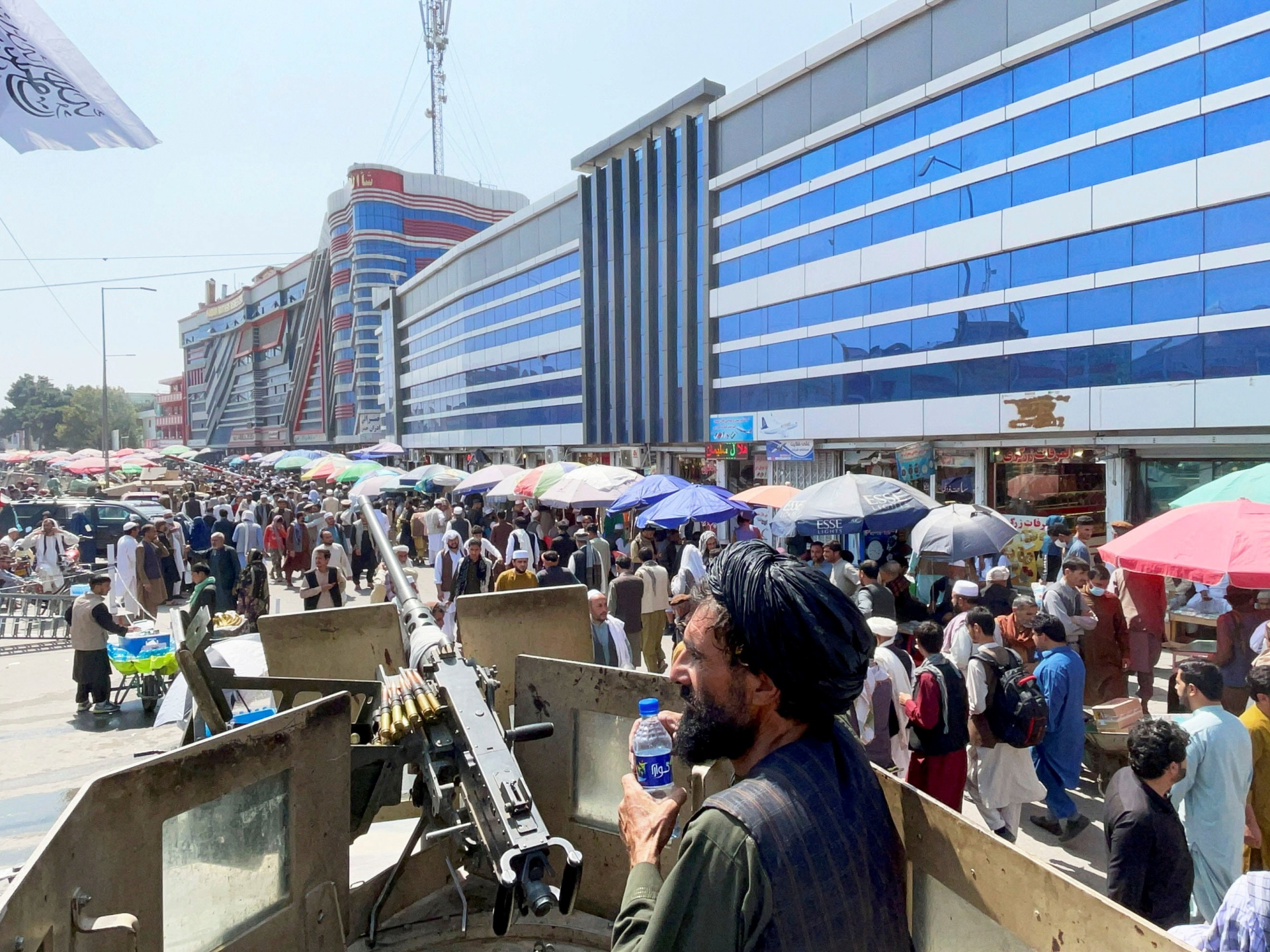 US to move $3.5bn in Afghan assets to Swiss-based trust

Housed in the Bank for International Settlements, the new Afghan Fund will be managed by an international board of trustees.

The United States has said it will transfer $3.5bn in Afghan central bank assets – part of the reserves seized after the Taliban took power in August last year – into a new Swiss-based trust fund to be used “for the benefit of the people of Afghanistan”.

The new Afghan Fund, managed by an international board of trustees and shielded from the Taliban, could pay for critical imports such as electricity, cover debt payments to international financial institutions and fund the printing of new currency.

“The Afghan Fund will protect, preserve and make targeted disbursements of that $3.5 billion to help provide greater stability to the Afghan economy,” the US Treasury said in a statement on Wednesday, according to the Reuters news agency.

The creation of the new trust fund comes after months of talks between US President Joe Biden’s administration, Switzerland, other parties and the Taliban, who demand the return of billions of dollars in Afghan central bank assets held in the US and elsewhere.

“This fund will protect and preserve the Afghan central bank reserves while making targeted disbursements to help stabilise Afghanistan’s economy and ultimately support its people and work to alleviate the worst effects of the humanitarian crisis,” US State Department spokesperson Ned Price told reporters on Wednesday.

Price said the money would be transferred “as soon as possible” without providing a concrete date.

There was no immediate comment by the Taliban. In June, a Taliban government source, speaking on condition of anonymity, told Reuters that while the group did not reject the concept of a trust fund, they opposed third-party control of the fund that would hold and disburse returned reserves.

US officials said no money would go to the Afghan central bank, known as DAB until it is “free of political interference”.

“Until these conditions are met, sending assets to DAB would place them at unacceptable risk and jeopardize them as a source of support for the Afghan people,” US Deputy Treasury Secretary Wally Ademeyo said in a letter to the central bank’s Supreme Council seen by Reuters.

The new fund is housed in the Bank for International Settlements (BIS), which provides financial services to central banks. In a statement on Wednesday, BIS said it was “establishing a customer relationship” with the new fund.

“The BIS’ role is limited to providing banking services to and executing the instructions of the Board of Trustees of the Fund without involvement in the Fund’s governance or decision making. The BIS will comply with all applicable sanctions and regulations,” it added.

It will not resolve serious problems driving dire economic and humanitarian crises threatening to worsen as winter approaches. Nearly half of Afghanistan’s 40 million people face “acute hunger,” according to the United Nations.

The Taliban’s biggest fiscal challenge is developing new revenues to compensate for financial aid that provided up to 75 percent of government spending that the US and other donors ended after the Taliban takeover.

The economic woes have also been driven by decades of war, drought, the COVID-19 pandemic, endemic corruption and a cut-off of the central bank from the international banking system.

US President Joe Biden, in February sequestered “for the benefit of the Afghan people” the $3.5bn in DAB assets to be transferred into the new trust fund.

The other $3.5bn is being contested in lawsuits against the Taliban stemming from the September 11, 2001 attacks on the US. Courts could decide to release that money, which could be deposited in the new trust fund.

“That other 3.5bn remains subject to litigation, and so we’re going to let that litigation proceed,” Price said on Wednesday.

Another approximately $2bn in Afghan central bank assets held in European and Emirati banks also could end up in the fund.