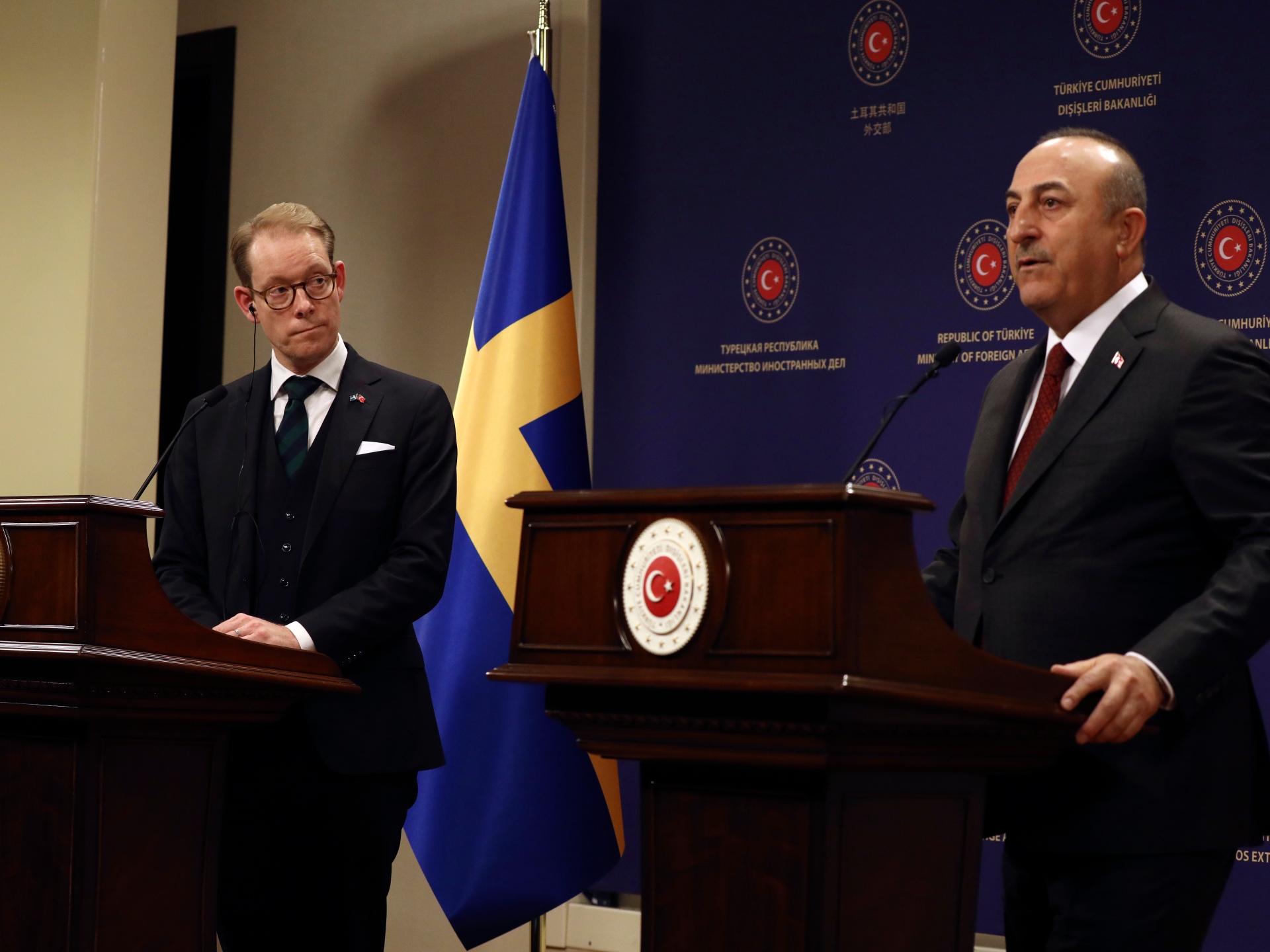 Sweden still has requirements to meet to join NATO: Turkey

Mevlut Cavusoglu said on Thursday that a Swedish court’s decision not to extradite a man wanted by Turkey for alleged links to a failed 2016 coup had “poisoned” a positive atmosphere in negotiations on Sweden’s membership in the military alliance.

Sweden and Finland dropped their longstanding policies of military neutrality this year and decided to apply to join NATO after Russia’s invasion of Ukraine. The move requires the unanimous approval of the alliance’s current 30 members.

Turkey has held up the process while pressing the two Nordic countries to crack down on groups it considers to be “terrorist” organisations and to extradite people suspected of “terror-related” crimes.

The parliaments of 28 NATO countries have already ratified Sweden’s and Finland’s memberships. Turkey and Hungary are the only members that haven’t yet given their approval.
Speaking at a joint news conference in Ankara with Swedish Foreign Minister Tobias Billström, Cavusoglu said the Turkish government still was waiting for a “concrete development” on extraditions and asset freezes.

Turkish defence companies have also been unable to procure some equipment from Sweden despite the lifting of a weapons ban, he added.

“There is a document – it needs to be implemented. We’re not even at the halfway point yet. We’re at the beginning,” he said, referring to a memorandum of understanding that Turkey, Sweden and Finland signed in June.

Under the deal, the two countries agreed to address Turkey’s security concerns, including requests for the deportation and extradition of Kurdish fighters and people linked to a network run by US-based Muslim scholar Fethullah Gulen. The Turkish government accuses Gulen of masterminding an attempted coup in 2016, which he denies.

Billström visited Turkey after Sweden’s top court refused to extradite journalist Bulent Kenes, whom Turkey accuses of being among the coup plotters. Kenes, who was granted asylum in Sweden, was the editor of the English-language Today’s Zaman newspaper, which was owned by the Gulen network and was closed down by the government as part of its crackdown on the group.

“The negotiations [between Turkey and Sweden] were continuing in a constructive way,” Cavusoglu said. “But this last [incident], the rejection of Kenes’s extradition, unfortunately seriously poisoned this atmosphere.”

Billström said Sweden is determined to fulfill its commitments and Stockholm was in the process of strengthening its “anti-terrorism” legislation.

A constitutional amendment will enter into force on January 1 that restricts the freedom of association of groups that engage in or support “terrorism”, he said.

The Swedish government also plans to introduce legislation that further impedes people taking part in the activities of “terrorist” groups, Billström said.
“My message to Minister Cavusoglu and to the Turkish people is clear: Sweden keeps its promises,” the minister said. “We take the agreement seriously. We have initiated steps on every paragraph, and we will continue to implement it.”

Billström later told The Associated Press news agency by phone that Sweden has stressed that cases such as Kenes’s are handled by independent courts.

“We are bound by this decision, and that is how it is,” he said.

Billström said conversations between Sweden and Turkey were taking place at multiple levels of government and that Ankara acknowledged Sweden had made strides in meeting the memorandum’s terms.

He could not give a time frame for when Turkey might be ready to approve Sweden’s NATO membership.

“We hope that we can become members at the NATO summit in Vilnius in July at the latest,” Billström said. “Our target is to have the application ratified by the Turkish parliament long before that.”

“Meetings are held in a good spirit,” he said. “We are heading in the right direction. We will gradually fulfill this memorandum.”