Gusti picked up the piano at the young age of seven and developed her passion for music from her mother. Since then, she has performed in shows across the Kingdom.

“I started learning the piano when I was young, and my mother used to be a musician and she always taught me about music and made me fall in love with the piano,” Gusti told Arab News.

Her earliest memories were of lazy afternoons spent listening to her mother playing the piano and late nights watching classical music performances, and this is where her passion and drive for music flourished into the talent she has today.

When she was 15, her father gifted her a piano to continue practicing even before she was in high school.

Gusti is a member of the Earth Orchestra and a professionally licensed musician. Having performed over 150 shows, she is considered a seasoned veteran at the age of 24.

She has played in shows across the Kingdom, including in Jeddah and Khobar. 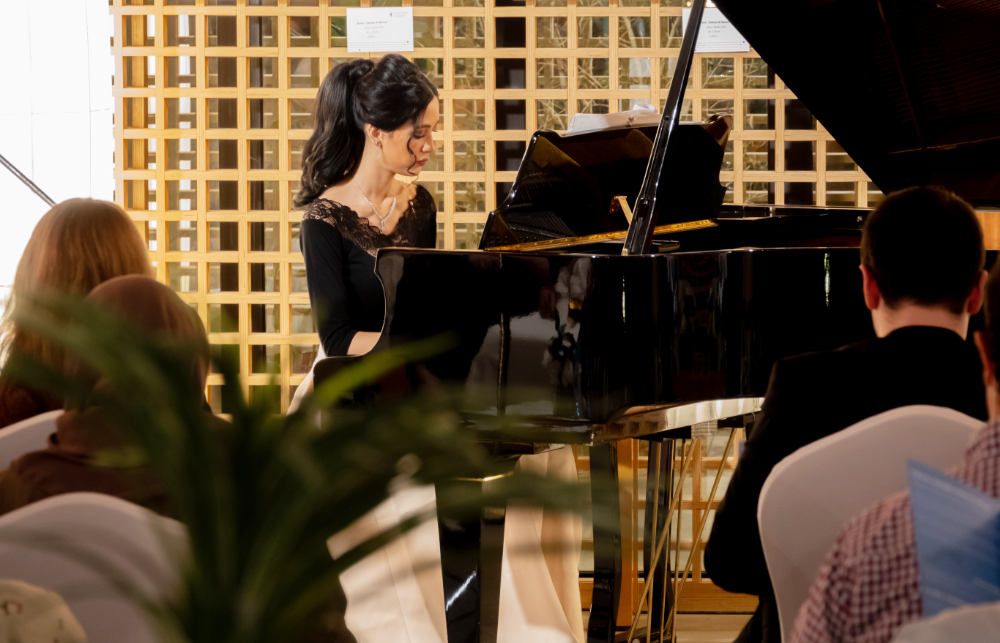 She has also performed alongside celebrities such as Majid Almuhandis and even traveled to Switzerland to play at the World Economic Forum in Davos.

The pianist said there needed to be a certain connection of “passion” and “love” between a person and their instrument to strengthen that relationship.

She said she was often asked to perform many audience favorites that her followers had heard her play.

“There are some pieces I am always asked to play. One of them is ‘Secret Garden’ and ‘Mariage D'amour’ - ‘Wedding Of Love.’ It’s French music by Richard Clayderman.”

She said she was a bit nervous with a new crowd at the beginning of every performance. But then, as soon as she began, her nerves were immediately calmed.

Gusti hoped to inspire many more women to pursue their passion.

“I have a belief that everyone should follow their dreams and work hard to make them a reality. I wish to set an example for girls in my country.”

She now composes her pieces and has developed her craft over the years by teaching herself to translate the musical notations.

“I learned by self-learning until I achieved the level to compose my music notation to translate the music and perform in events.”

She said she had support from the Ministry of Culture and the Music Commission and would soon receive a scholarship to further her studies.