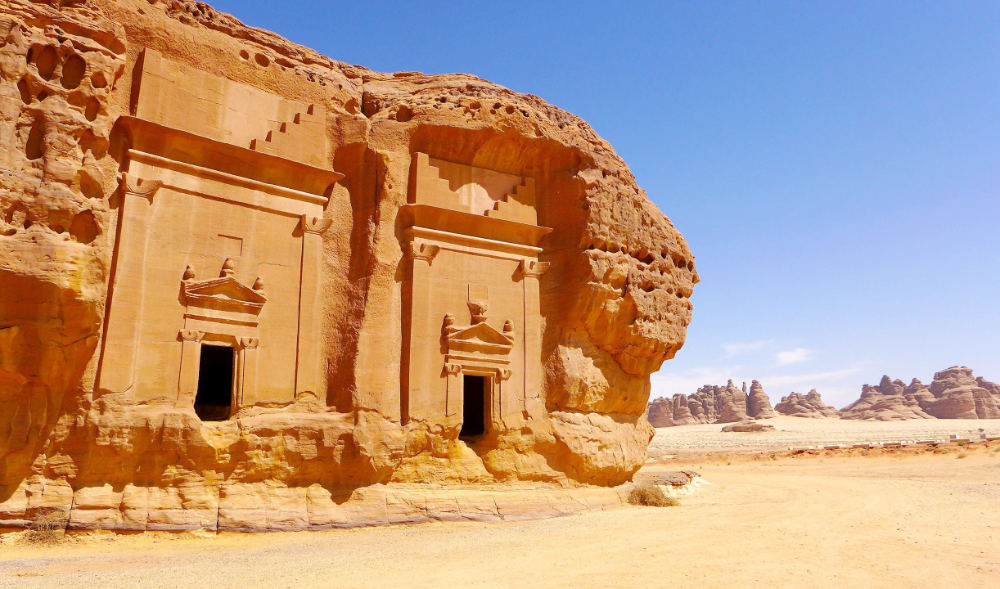 It has been 75 years since Saudi Arabia joined UNESCO, and for more than half a century, the Kingdom has developed plans and programs to promote its unique culture and heritage to the world.

In 1945, UNESCO was created in response to the firm belief of nations that in the wake of two world wars in less than a generation, political and economic agreements are not enough to build a lasting peace.

On April 25, 1945, the Kingdom joined UNESCO when it signed the UN Charter that states “to employ international machinery for the promotion of the economic and social advancement of all peoples” in one of its clauses.

Two months later, the founding members of the body for the establishment of UNESCO began working together. Saudi Arabia was a founder state that wanted to advance with the other member states in this advance in relations between states and people.

A year later, the Kingdom took part in UNESCO’s first conference held in France, consolidating its stance to promote and exchange knowledge on culture and heritage, become a global partner, and more.

The foundations laid by King Abdulaziz included accepting and building upon the human experience and serving the development and growth strategy. 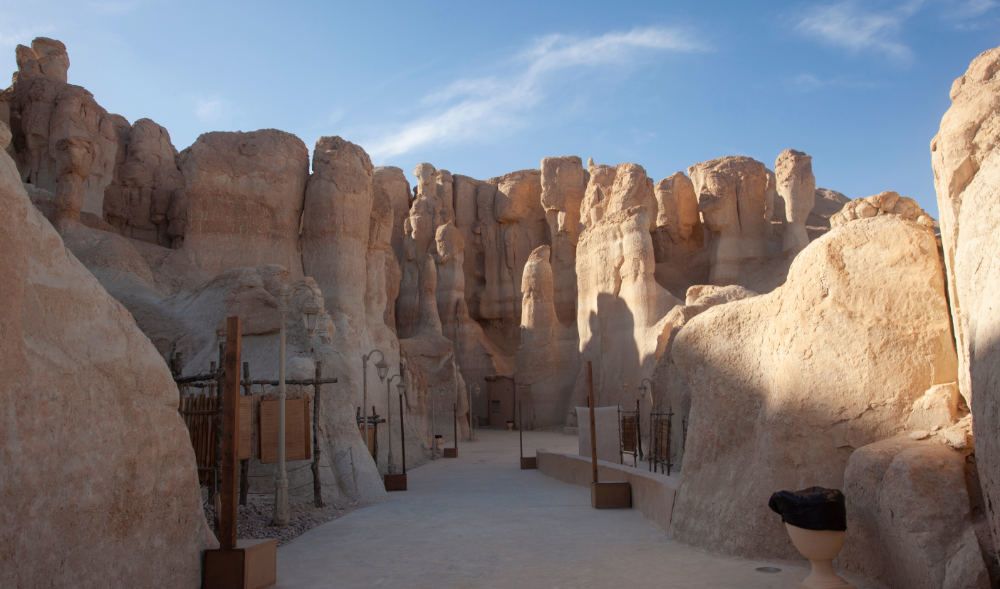 Dr. Fahd bin Abdullah Al-Samari, secretary-general of the King Abdulaziz Foundation for Research and Archives, told Arab News: “The participation of the Kingdom of Saudi Arabia as a UNESCO founding state in the organization’s conference in Paris in 1946 and in the preparatory conference for the establishment of the UN subsidiary in London a year earlier, proves King Abdulaziz’s political and developmental vision, his commitment to peace through common culture, diverse education and genuine culture exchange between people throughout the world. That includes cultural development that puts Saudi society in a global context that believes in common humanitarian principles.” 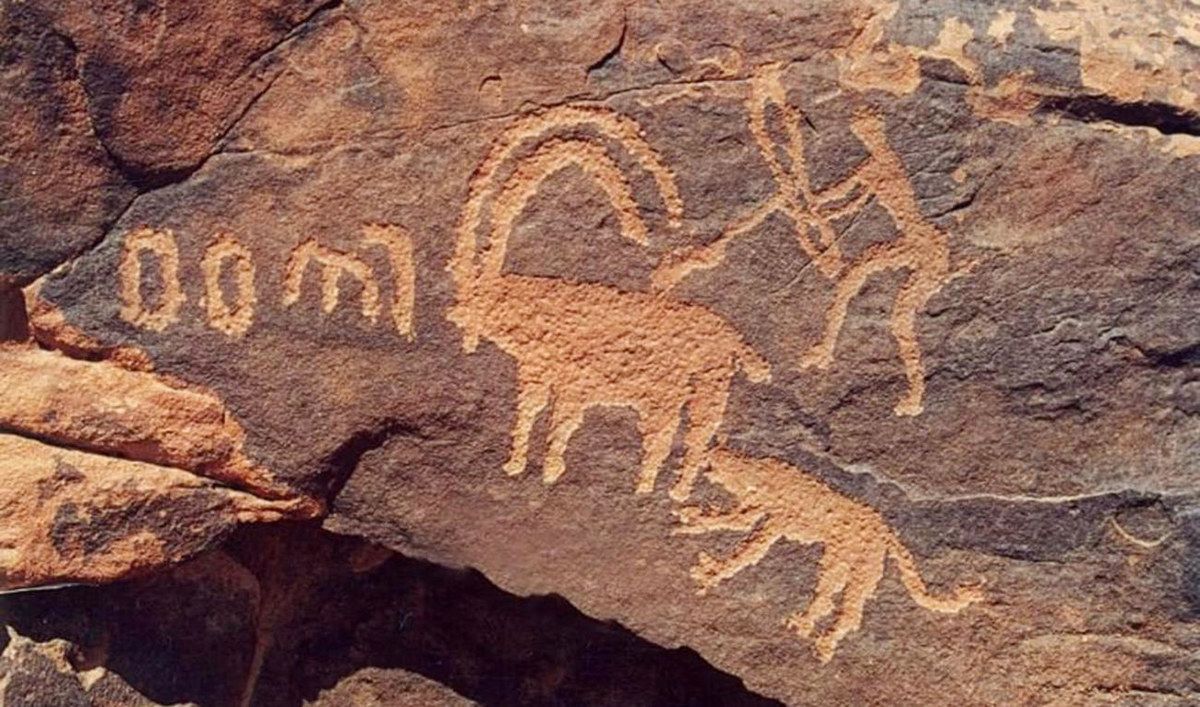 The notion of global culture is not new to Arabs. According to Al-Samari, Islam originated in the heart of the Arabian Peninsula, and was the first humanitarian and cultural movement to view people and races as equal. Islamic principles are in the heart of Saudi society, reflecting how Saudis view world cultures and peoples.

During his reign, the late king oversaw the signing of agreements between foreign dignitaries, established the foundation for longstanding relations and cultural exchanges, and left his stamp on all Arab, regional and international agreements and external memberships. 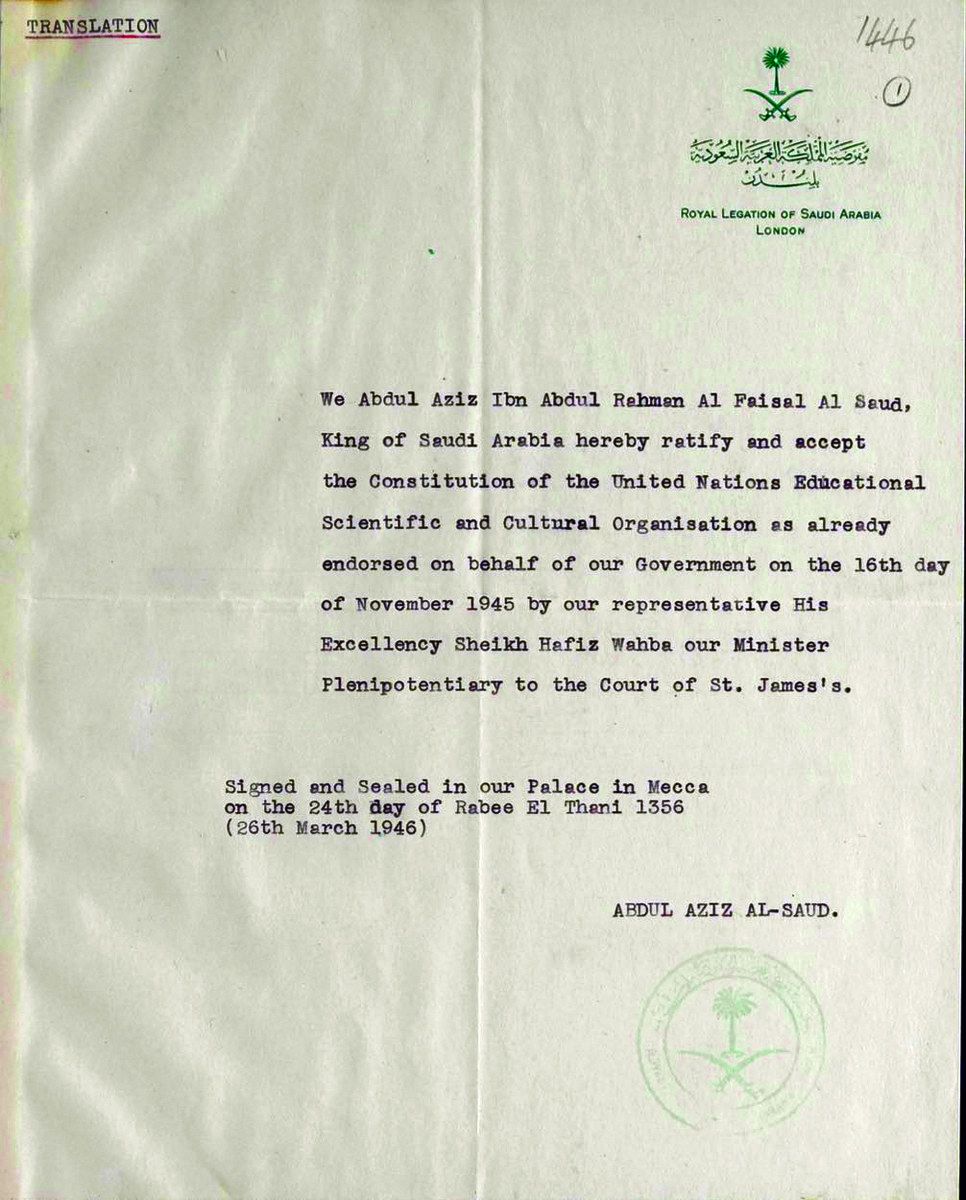 “He brought together the internal objectives to restore the state on greater developmental grounds to build a cooperating and integrated society,” said Al-Samari.

Throughout its years, Saudi Arabia offered an interest-free $4.6 million loan to the organization and made a $50,000 contribution to the UNESCO special fund for the advancement of scientific research in Africa.

The Kingdom supported the efforts of UNESCO to boost its experience by utilizing the organization’s educational, cultural and scientific capabilities. UNESCO provided experts and consultants to the Kingdom to develop and manage the country’s cultural heritage, support learning institutions and develop their performance. 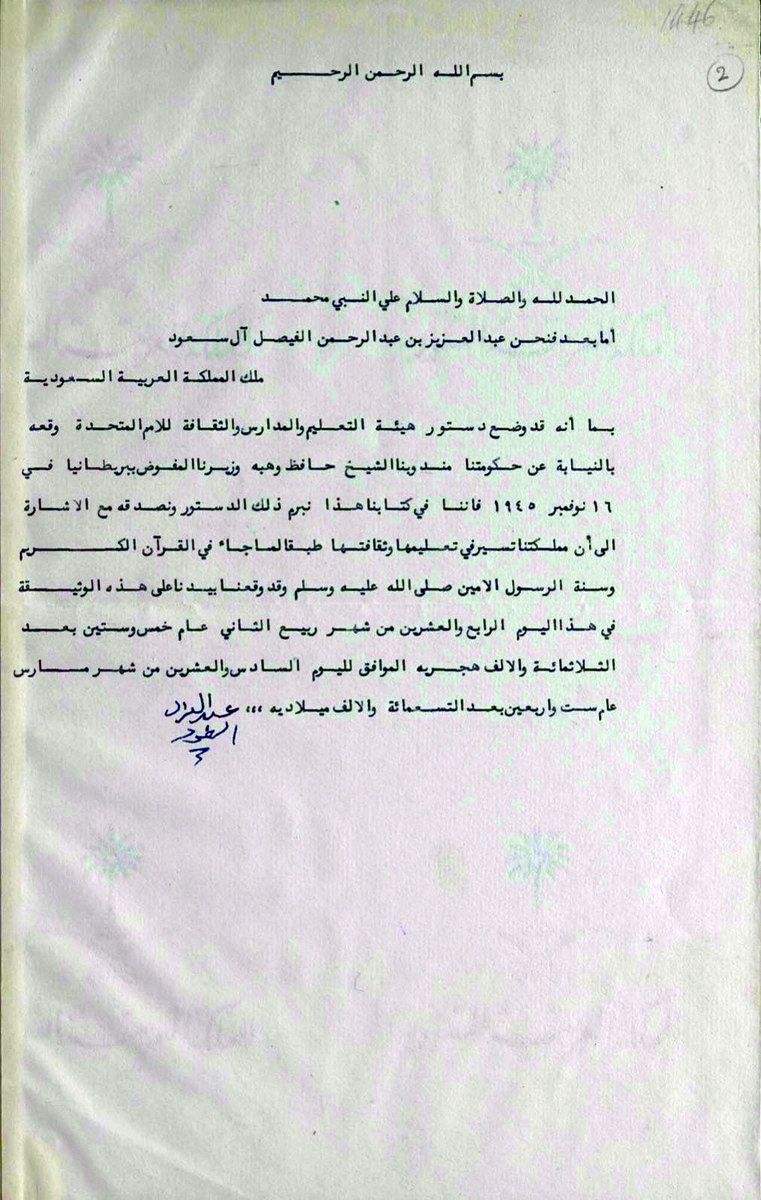 In 1966, UNESCO experts helped support the Faculty of Education in Riyadh. Moreover, UNESCO contributed to establishing the teachers’ training college in Riyadh, and supported the Saudi government in its literacy orientation, technical education and educational programs by bringing international experience to the Saudi educational institutions.

Since its inception in 1962, the College of Engineering at King Saud University has benefited from the organization in training engineers and geologists. UNESCO also established the Center for Applied Geology in Jeddah and played a significant role in establishing the social development centers, including the development center in Diriyah and others.

Al-Samari has highlighted the founding king and his sons’ vision: The Kingdom should participate internationally, develop educational and cultural institutions administratively, not compromise practical experiences, develop national human cadres with the most modern theories and become a strong voice in supporting Arab and Islamic matters. 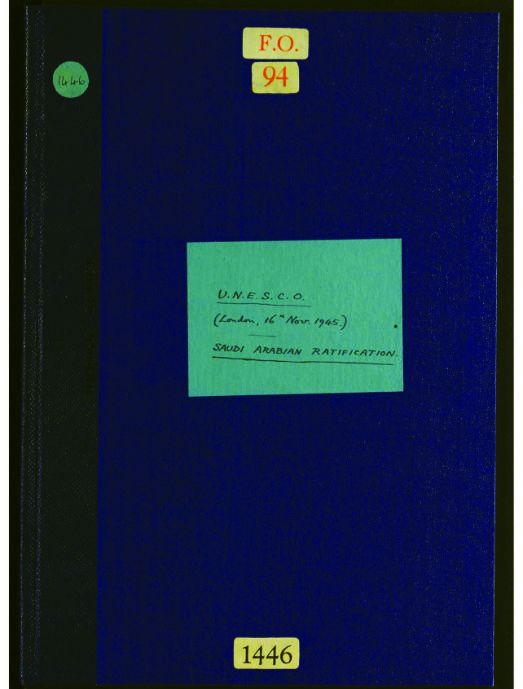 Historian and writer Hamad Al-Salimi told Arab News that the Kingdom was a leader in joining UNESCO and had a solid political presence to serve its aims — the Arab and Muslim causes — through the international organization.

Saudi Arabia’s presence was notable at the organization’s events to serve people historically and culturally.

“That had a positive impact on Saudi Arabia, which includes registering the country’s antiquities and addressing its civilization and cultural heritage, as well as presenting it to all the states that have become aware of the Kingdom’s archaeological features, arts, crafts with historical significance that put the Kingdom at the forefront of the general cultural scene,” said Al-Salimi.

Today, Saudi Arabia has six listed heritage sites, the first of which was the Hegra archaeological site in 2008, followed by At-Turaif district in Diriyah in 2010, historic Jeddah, the gateway to Makkah in 2014, rock art in the Hail in 2015, Al-Ahsa Oasis in 2018 and Hima cultural area earlier this year.

Saudi Arabia’s commitment to the cultural scene in the Kingdom, led by its Culture Ministry, is clear, with the hosting of more than 100 events — varying from culinary arts to calligraphy and archaeology — by the end of the year.

As the year comes to a close, Saudi Arabia has come a long way in the sector, achieving several distinguished titles.

The Kingdom was elected to the vice presidency of the World Heritage Committee last August, while Hima Najran, home to more than 100,000 magnificent petroglyphs, was recognized by UNESCO for its heritage and historical significance.