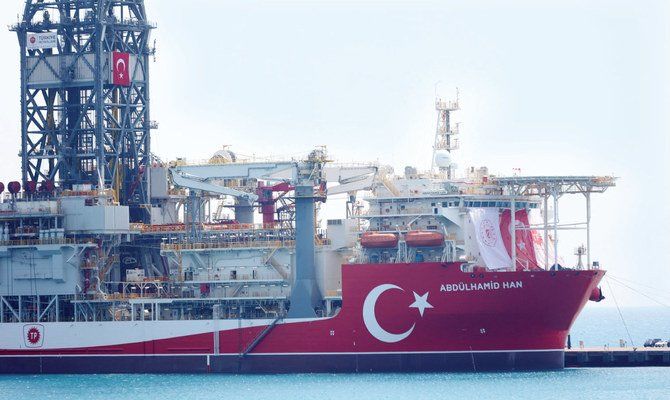 An offer by Russian President Vladimir Putin to establish Turkey as a gas hub to European markets has stirred intense debate on the feasibility of the plan.
The proposal looks to position the TurkStream pipeline as an alternative to Europe’s Nord Stream by exporting more gas through the Black Sea to Turkey.

On Friday, Turkish President Recep Tayyip Erdogan, who recently met Putin on the sidelines of a regional summit in Kazakhstan, said that Russian and Turkish energy authorities have already been instructed to immediately begin technical work on the proposal.

“There will be no waiting,” he said.

The gas distribution center is expected to be constructed in Turkey’s Thrace region, bordering Bulgaria and Greece.

NATO member Turkey, which did not join Western sanctions against Russia over the invasion of Ukraine, still heavily depends on Moscow for its energy needs.

The project may help Europe in overcoming mounting energy challenges before winter, but there are still several details to solve in terms of feasibility.

Moscow already cut off Nord Stream 1 deliveries over technical problems, while Germany rejected a Russian proposal to increase gas flow to Europe through the Nord Stream 2 pipeline in the Baltic Sea.

However, Aydin Sezer, an Ankara-based expert on energy and Turkey-Russia relations, said that Moscow’s offer to Ankara should be approached cautiously.

“On the one hand, there is a question of demand in a period when Europe tries to wean itself off Russian gas despite imminent winter conditions,” he told Arab News.

“Also, Turkey has long sought to become an energy hub, but previous projects always positioned it as a corridor country. It is still unclear whether this proposal will again make Turkey a country where Russian gas will only transit through,” he said.

According to Sezer, to become an energy hub, Ankara should be provided with the means to set a reference price for gas and be able to receive gas from different sources, including Russia, Azerbaijan, Iraq and Turkmenistan, among other countries.

“If the gas flows only from one source, such as Russia, the price will be again set by the provider country, rather than Turkey. Being a hub means being able to set prices and gather alternative sources of energy in a pool,” he said.

The construction price of such a project may also prove too costly.

Corrosion-resistant steel pipes used in such projects are mainly produced in Germany and China, said Sezer.

The Saipem-owned pipelay vessels “are dispatched by Italy. And all these operations are regulated as part of the EU sanctions on Russia after its invasion of Ukraine in February,” said the expert.

It would allow Turkey to conduct energy trade with Europe directly, meaning the gas flow originating from Russia would not be subject to Western sanctions.

According to Soner Cagaptay, director of the Turkish program at the Washington Institute, the proposal fits into the greater picture of growing Turkish-Russian ties in the background of the Ukraine war.

“Specifically, Turkey was pro-Ukraine but not anti-Russia. It supported Ukraine militarily, but it also maintained its deep economic ties with Russia because it needed the injection of Russian cash into its economy, tourism and direct investments, including oligarch money,” he told Arab News.

“Energy is part of that mutually beneficial relationship. For Putin, Turkey’s position is not ideal,” Cagaptay said.

“It is important that Turkey provides Russia an outlet to Europe and to the global economy. The energy hub proposal will therefore give Putin an exit path, while for Erdogan it is economically and politically quite beneficial as he will tell Turkish citizens that the country is in such a good position in getting gas when people in Europe are freezing in wintertime,” Cagaptay said.

Whether such a gas hub project would trigger a wave of sanctions toward Turkey is unclear.

But Cagaptay warned that the US government would likely use its business-to-business ties to persuade Turkish companies to avoid engaging in deals with Russia.

The US Treasury sent a letter to Turkish banks and businesses in August warning that they could not access the US dollar if they traded with Russia under the sanction regime. Turkish state banks that had accepted the Russian Mir payment system for credit cards have also been criticized by the US.

Madalina Sisu Vicari, a Brussels-based independent geopolitical analyst, said that Putin’s proposal for the gas hub has two goals: To increase geoeconomic interdependency between Russia and Turkey, and to preserve some part of the European market for Russian gas.

“Russia’s gas exports to its main market, Europe, have dramatically fallen since the beginning of the war, and they are still set to decrease,” she told Arab News.

“Moreover, the contract between Russia and Ukraine for the transit of the gas ends in 2024,” Sisu Vicari added.

“Still, with the two sides already at loggerheads over payments and arbitrations, and, more importantly, with a new geopolitical reality triggered by the war, it looks impossible to see a new gas deal between Russia and Ukraine after 2024,” said Sisu Vicari.

Therefore, Moscow will have huge volumes of gas without an export market destination, she added.

During his recent meeting with Erdogan, Putin said: “If Turkey and potential buyers in other countries are interested, Russia can consider building another gas pipeline and establishing a gas hub in Turkey for trade with third countries, first of all European countries, of course, but only if they are interested.”

Sisu Vicari said that the viability of the project “depends on EU countries’ willingness to continue to buy Russian gas over next year, and to buy it via Turkey.”