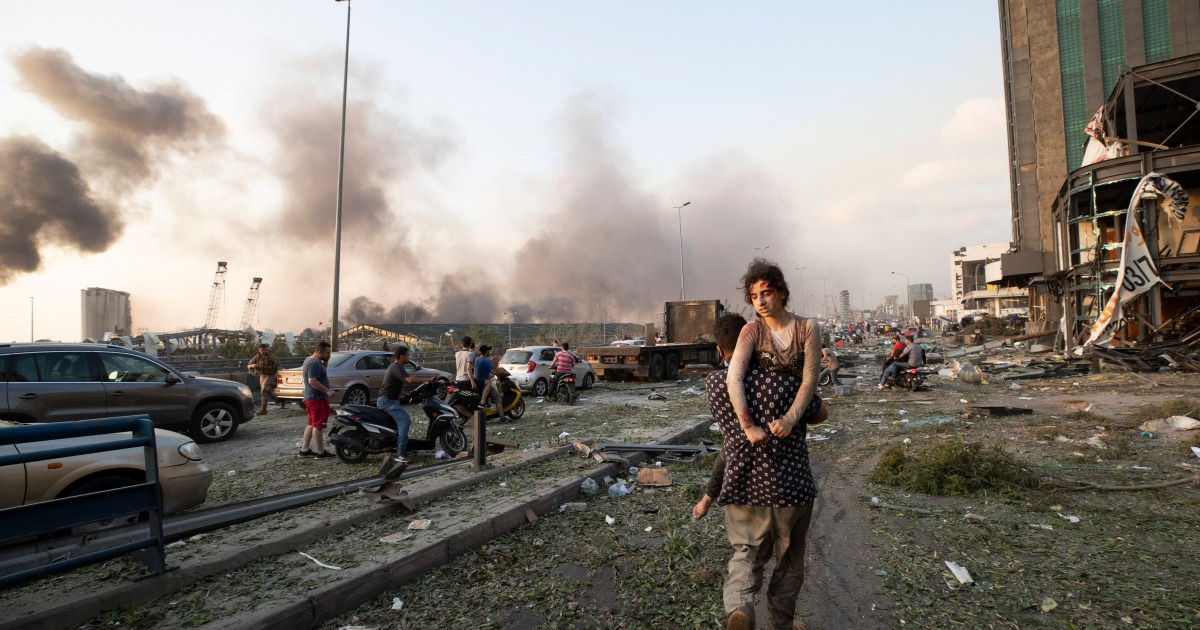 Relatives of the blast victims have pressed for justice and accountability for two years, to no avail.

United Nations experts and top NGOs have urged the United Nations Human Rights Council to launch an international investigation into the deadly Beirut port blast, on the eve of its second anniversary.

The August 4, 2020 mega-blast killed more than 200 people and destroyed swaths of the Lebanese capital, after a stockpile of haphazardly stored ammonium nitrate fertiliser caught fire at the port.

Relatives of blast victims have pressed for justice and accountability for two years but the local probe has been paused since December due to political pressure.

“This tragedy marked one of the largest non-nuclear blasts in recent memory, yet the world has done nothing to find out why it happened,” the six UN experts said on Wednesday.

“On the second anniversary of the blast, we are disheartened that people in Lebanon still await justice, and we call for an international investigation to be initiated without delay.”

The blast shocked a population already reeling from an unprecedented economic crisis, and is widely blamed on the negligence and mismanagement of Lebanese authorities.

The lead investigator, Judge Tarek Bitar, who was investigating some of Lebanon’s top officials, has been barred from proceeding after politicians he summoned for questioning filed a series of lawsuits against him.

The victims’ families have appealed to the international community to set up an independent investigation under the Human Rights Council in Geneva.

They hope such an inquiry would give them the answers that Lebanese authorities have failed to provide, said the experts, who do not speak for the UN but report their findings to it.

The explosion and its aftermath have brought into focus systemic problems of negligent governance and widespread corruption, the experts said.

The next Human Rights Council session starts on September 13.

The council “should pass a resolution … to create an impartial fact-finding mission into the Beirut port explosion”, said 11 local and international NGOs, including Human Rights Watch and Amnesty International.

“It is now, more than ever, clear that the domestic investigation cannot deliver justice,” the NGOs said in a joint statement. 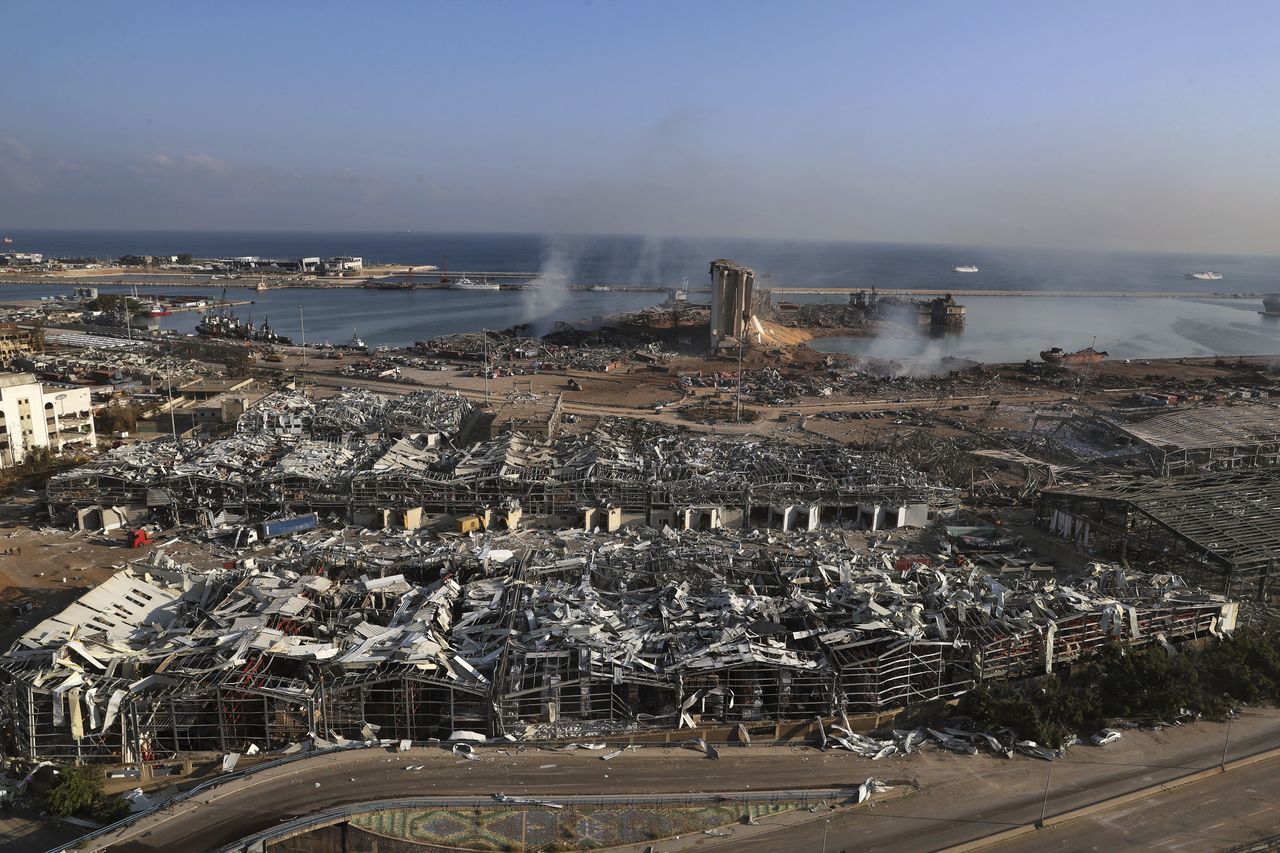 Massive explosions rocked downtown Beirut on Tuesday, August 4, 2020, flattening much of the port, damaging buildings and blowing out windows and doors as a giant mushroom cloud rose above the capital. 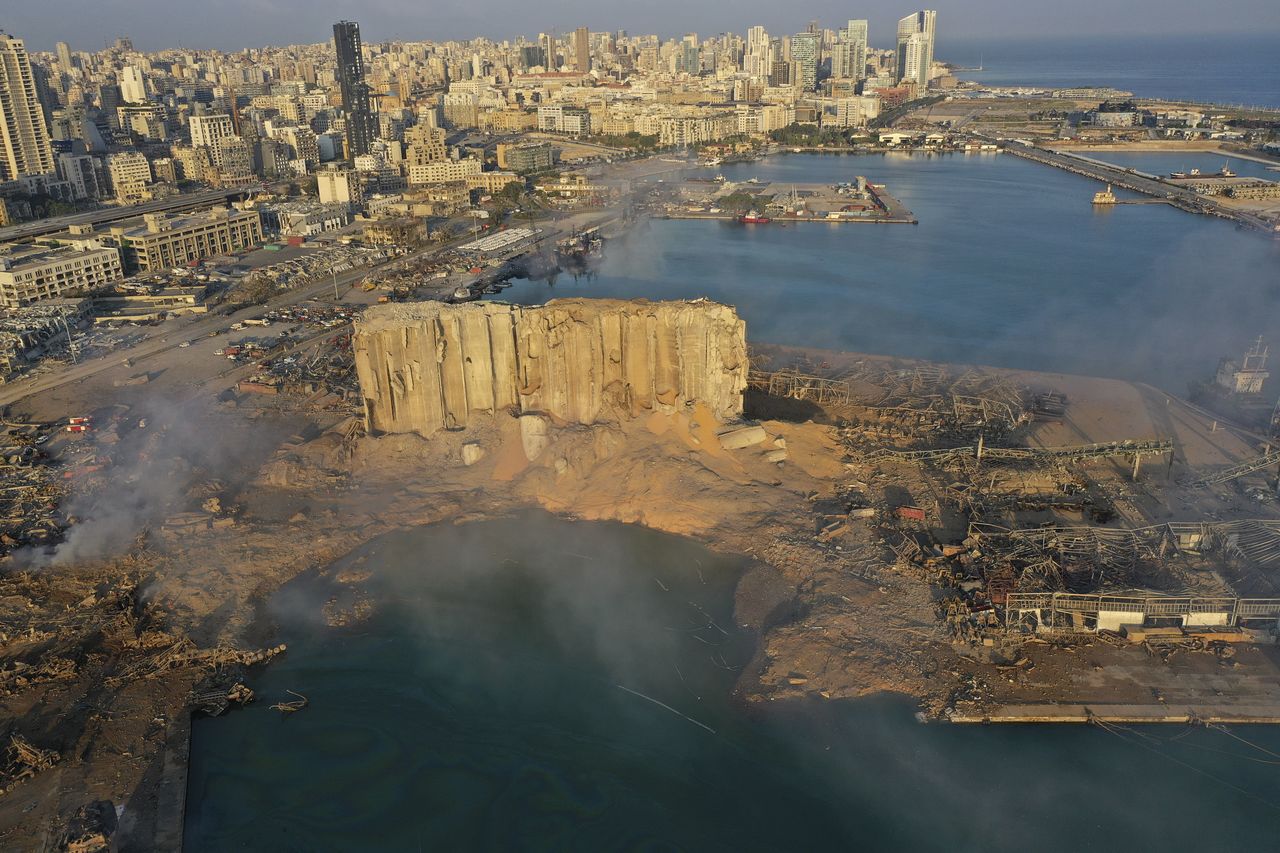 A drone picture shows the scene a day after an explosion hit the Beirut port on August 4, 2020. 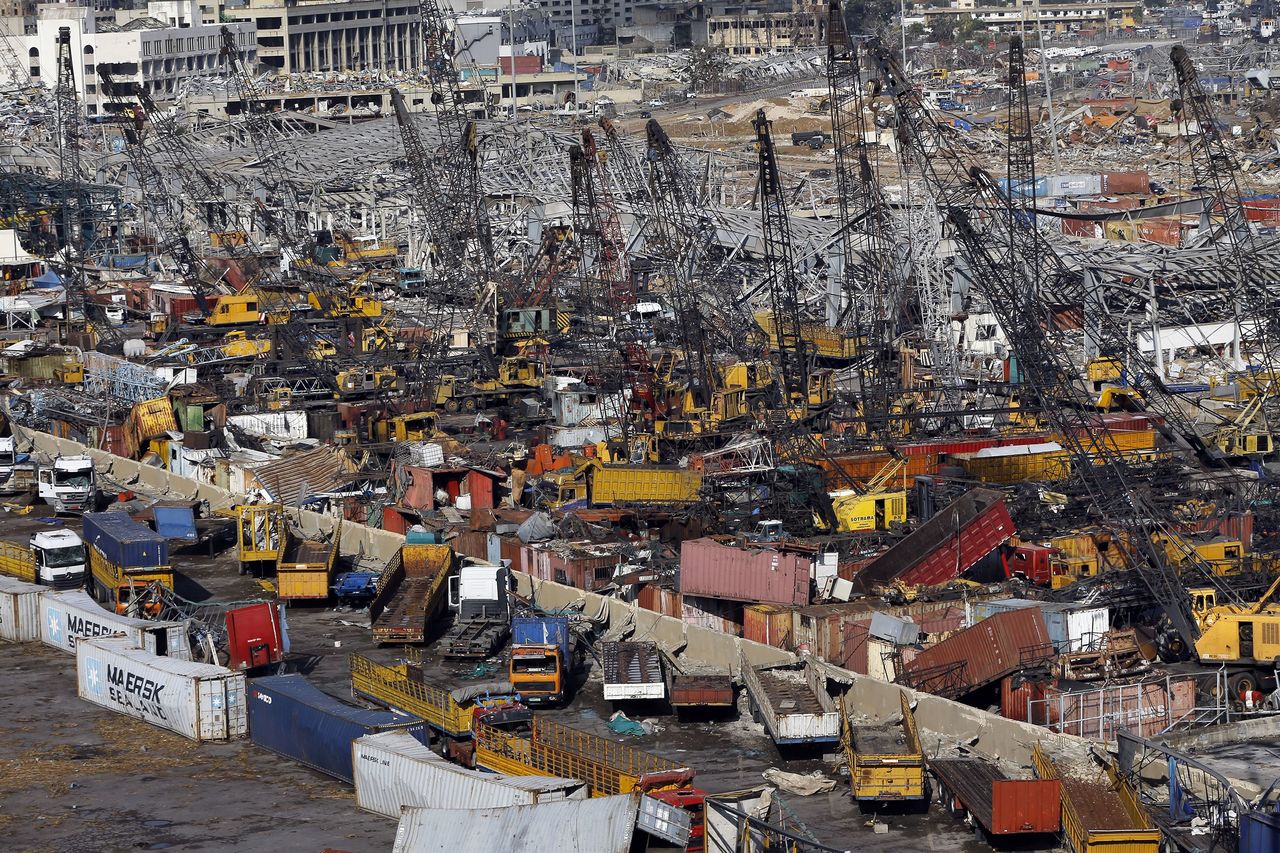 Rows of destroyed trucks are seen at the site of the explosion. 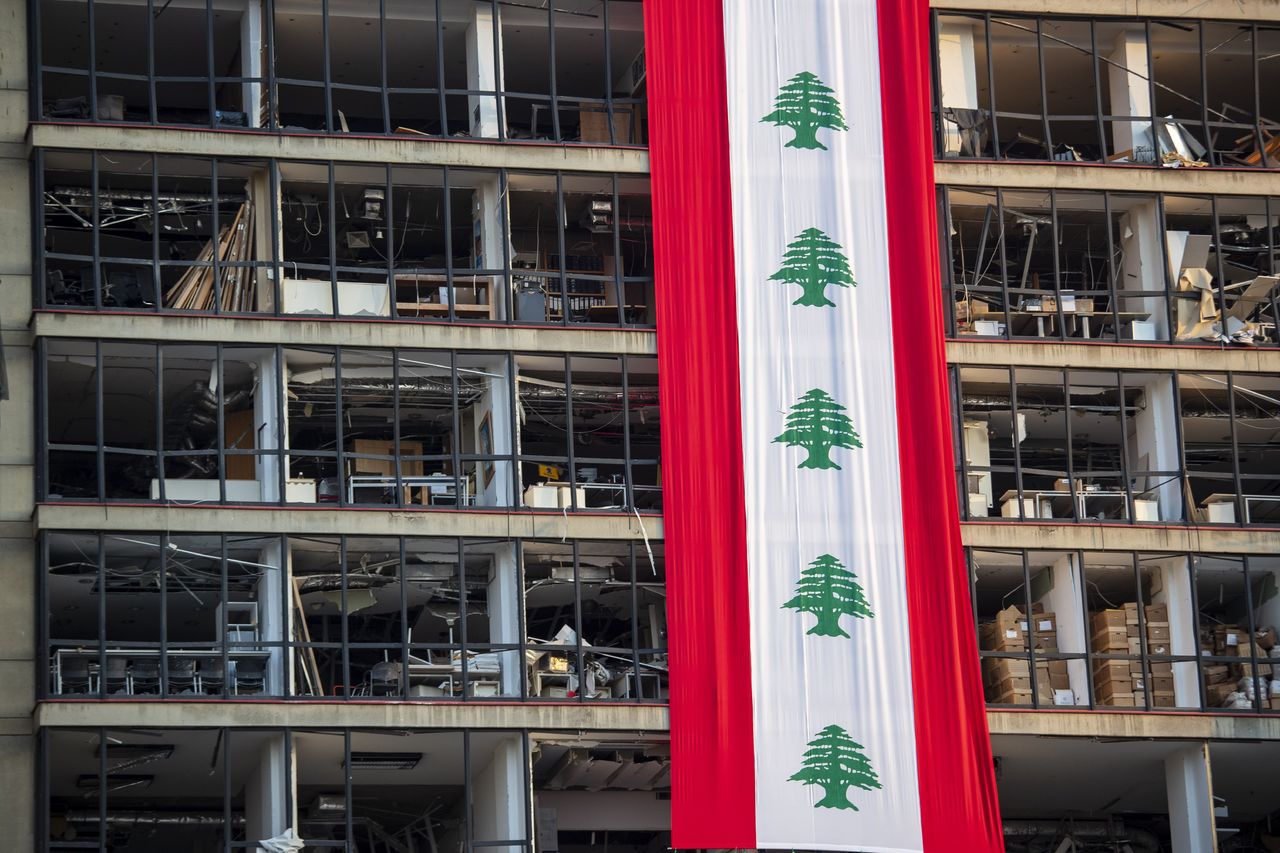 A banner with the Lebanese flag hangs outside a damaged building in a neighbourhood near the site of the explosion, on August 12, 2020. 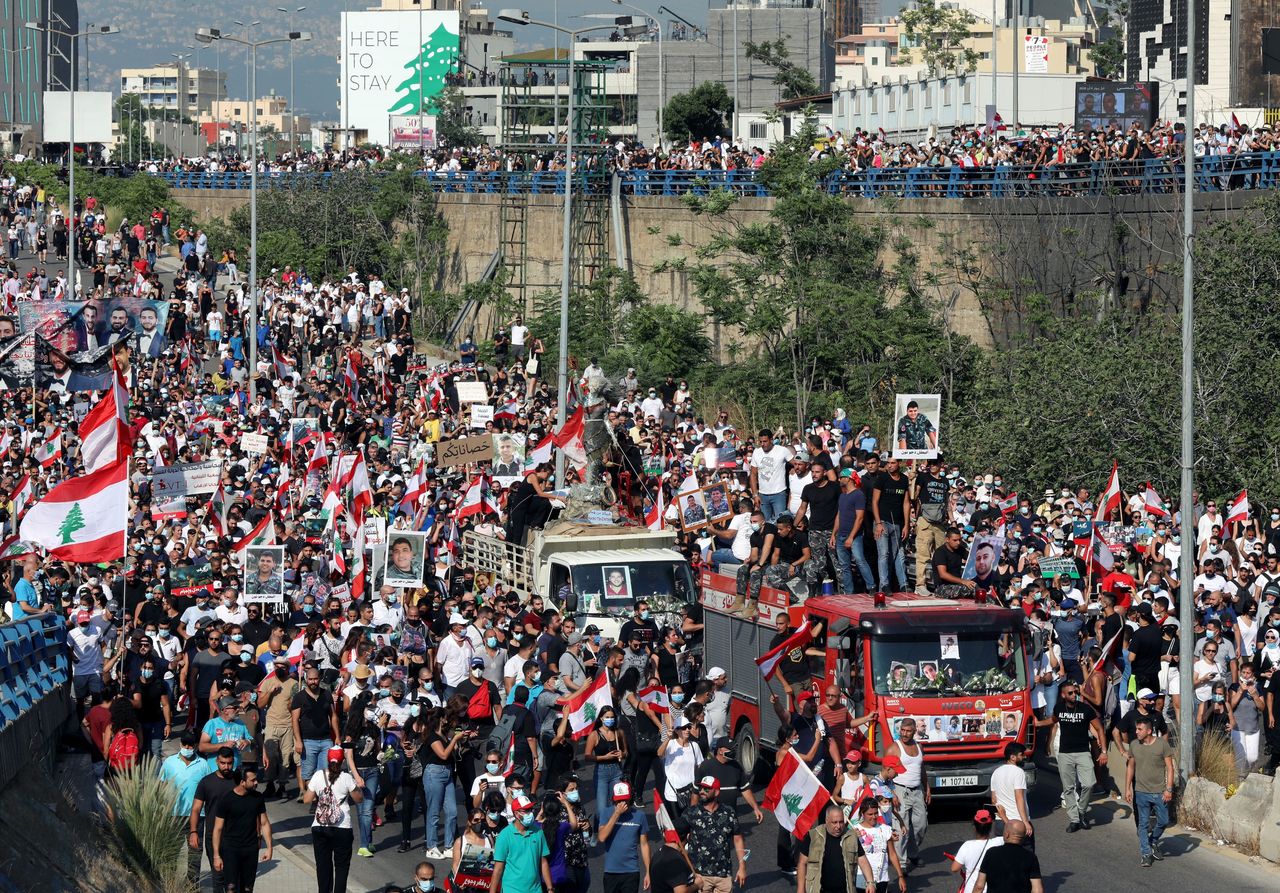 People carry flags and banners as they march to mark the first anniversary of Beirut's port blast, on August 4, 2021. 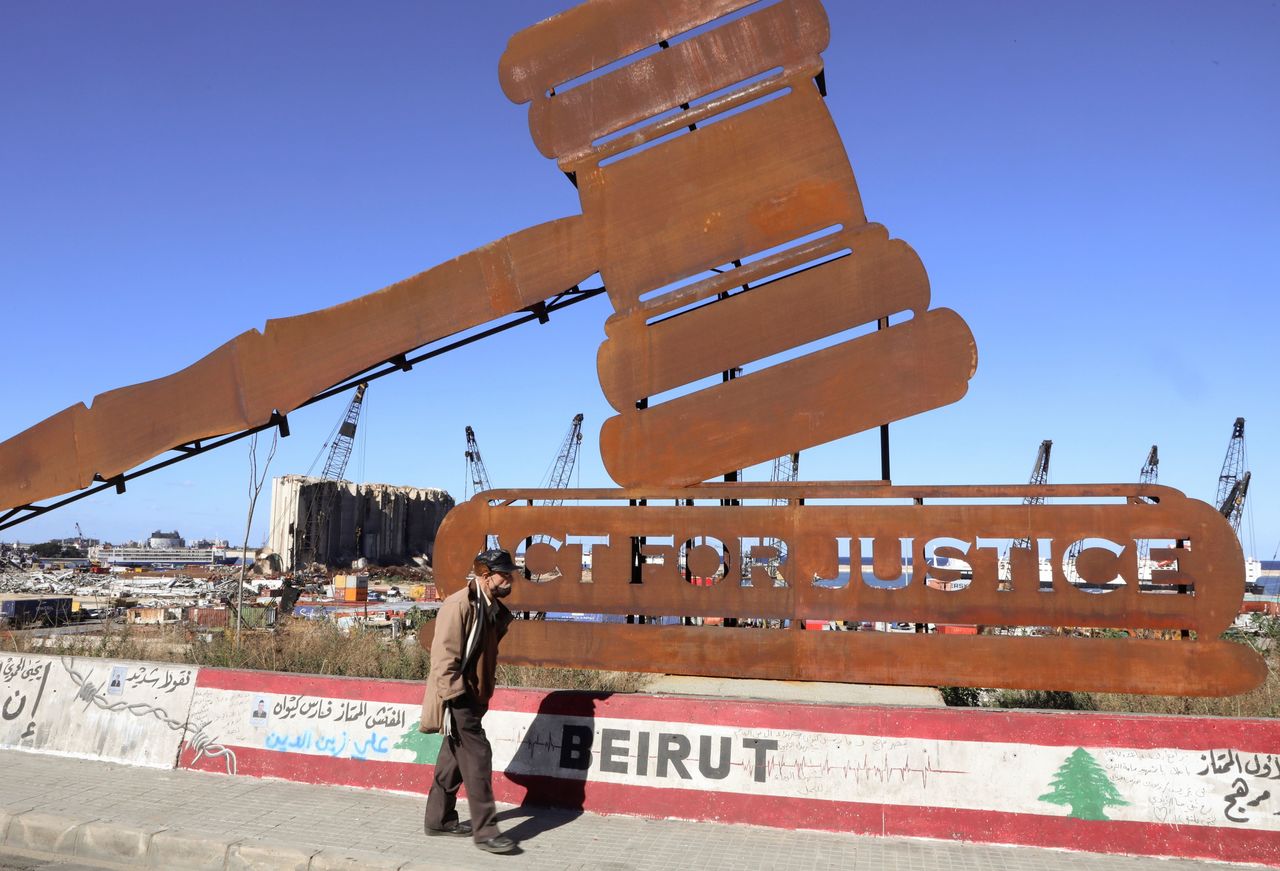 A man walks past a justice symbol monument near the grain silo damaged during the explosion, on January 17, 2022. 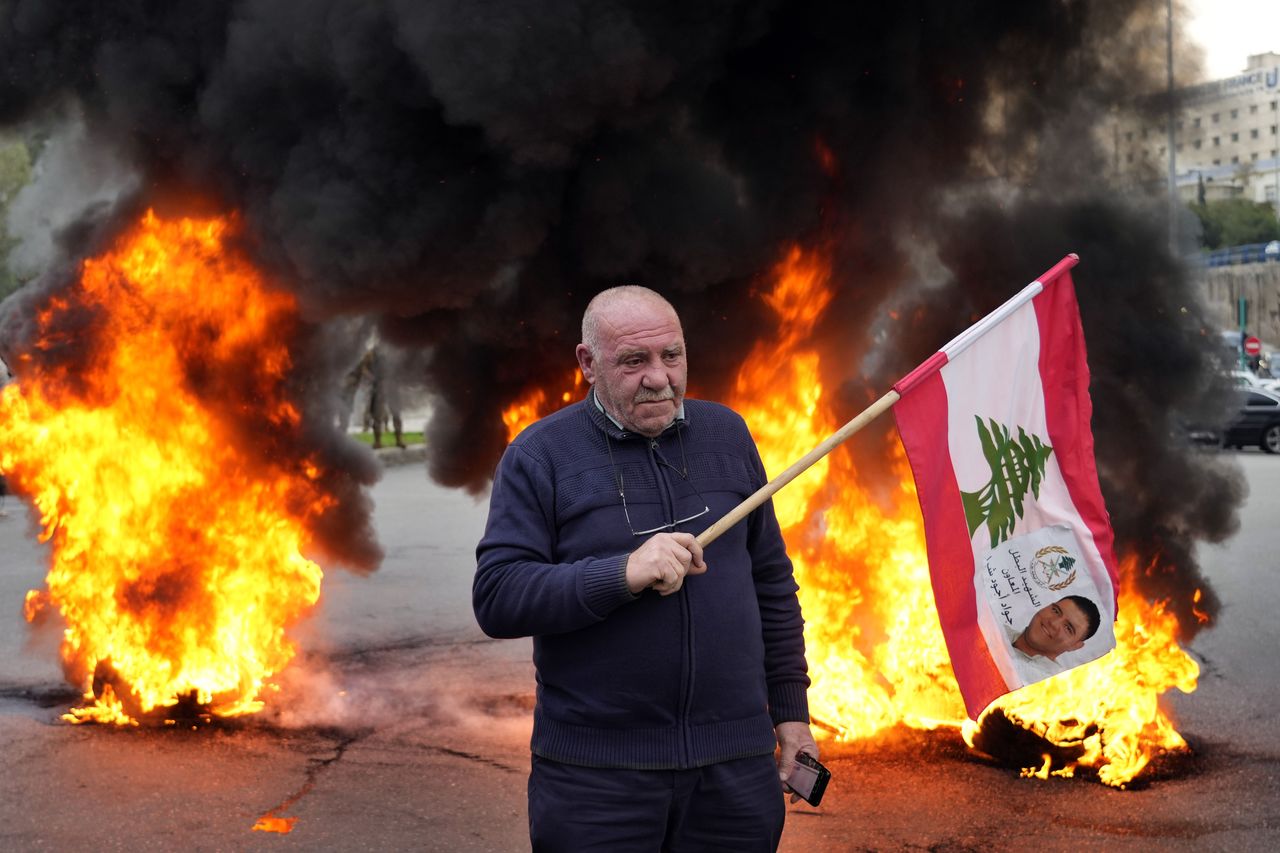 A relative of Jawad Ajwad, a victim of the blast, holds a Lebanese flag with a picture of Ajwad as tyres burn during a demonstration outside the Beirut courts in support of the judge investigating the blast after he was forced to suspend his work, on February 7, 2022. 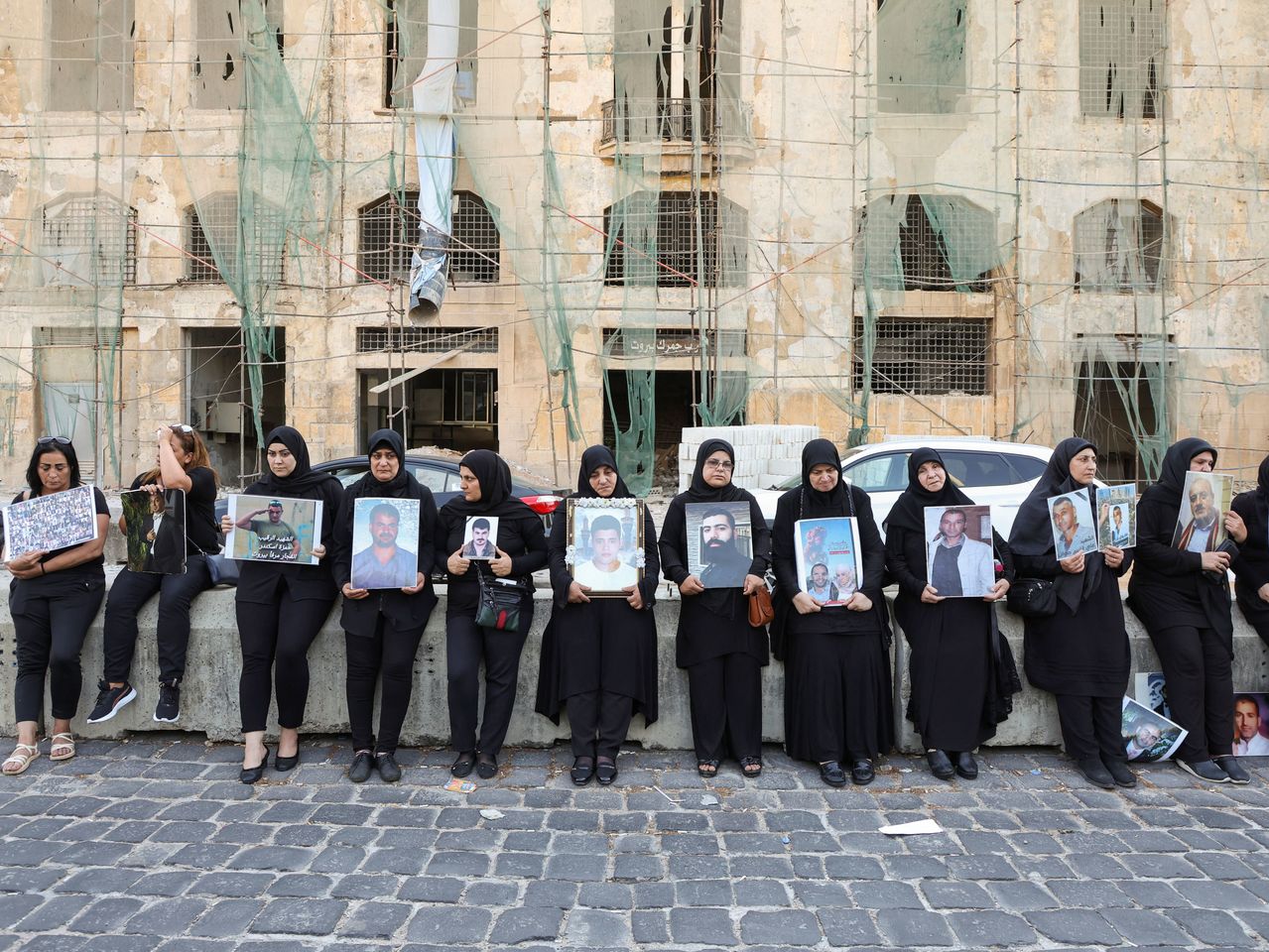 Female relatives of victims hold their pictures during a sit-in in Beirut on July 4, 2022. 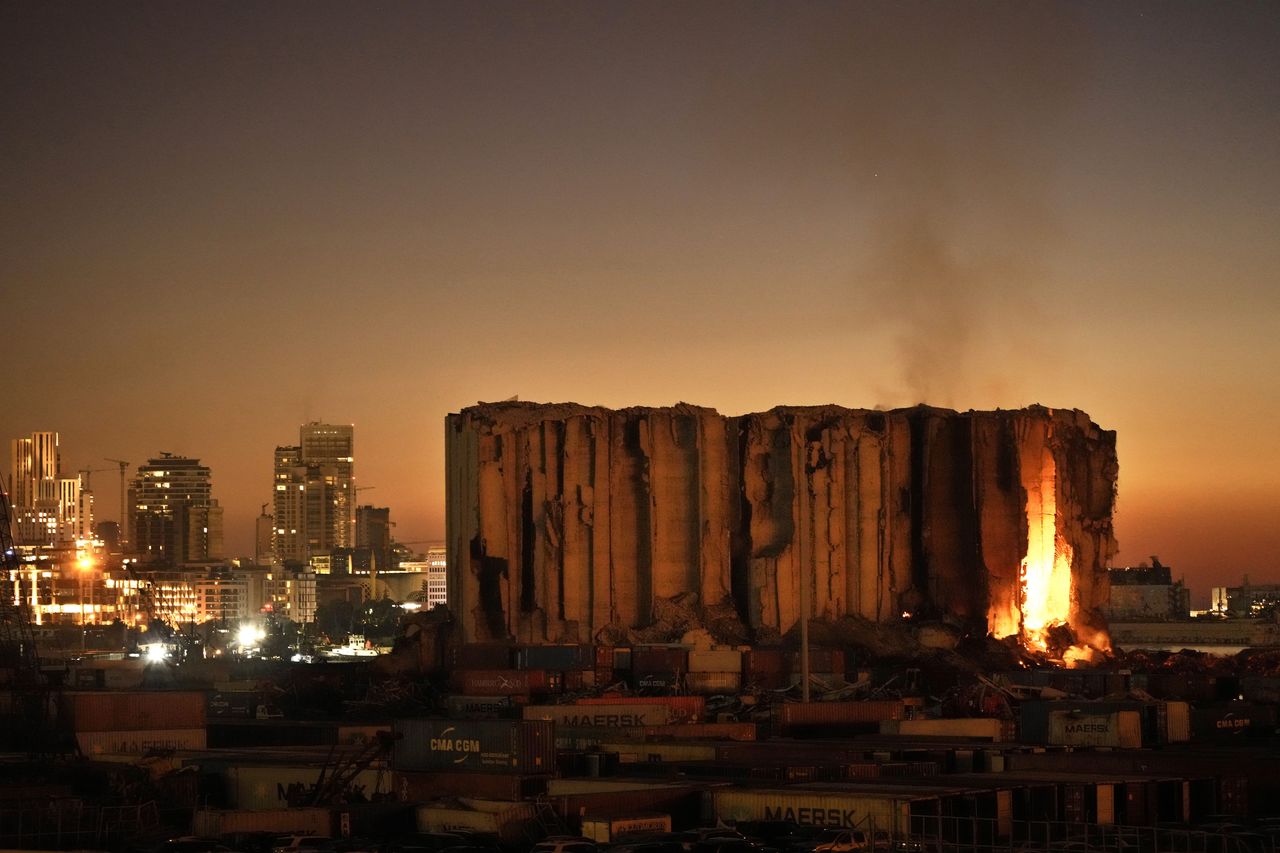 Silos in the north block of the Beirut port catch fire, triggered by grains that had fermented and ignited in the summer heat, on Sunday, July 24, 2022. Survivors say the silos may contain evidence useful for investigations, and that they should stand as a memorial for the incident. 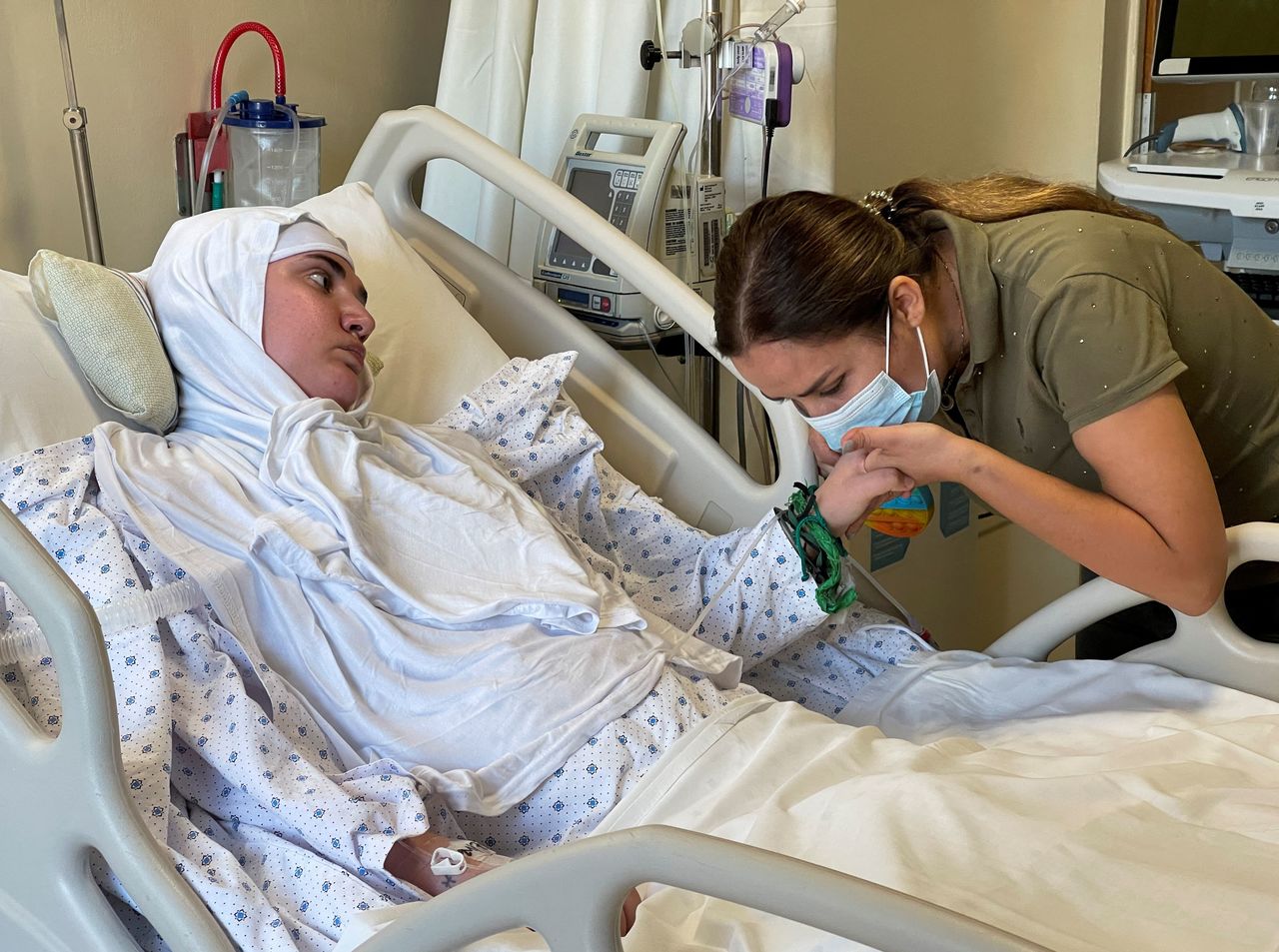 Nassma Cheaito kisses the hand of her sister, Liliane Cheaito, who is mostly paralysed from the blast, as she lies on a hospital bed at the American University of Beirut Medical Center, on July 26, 2022. 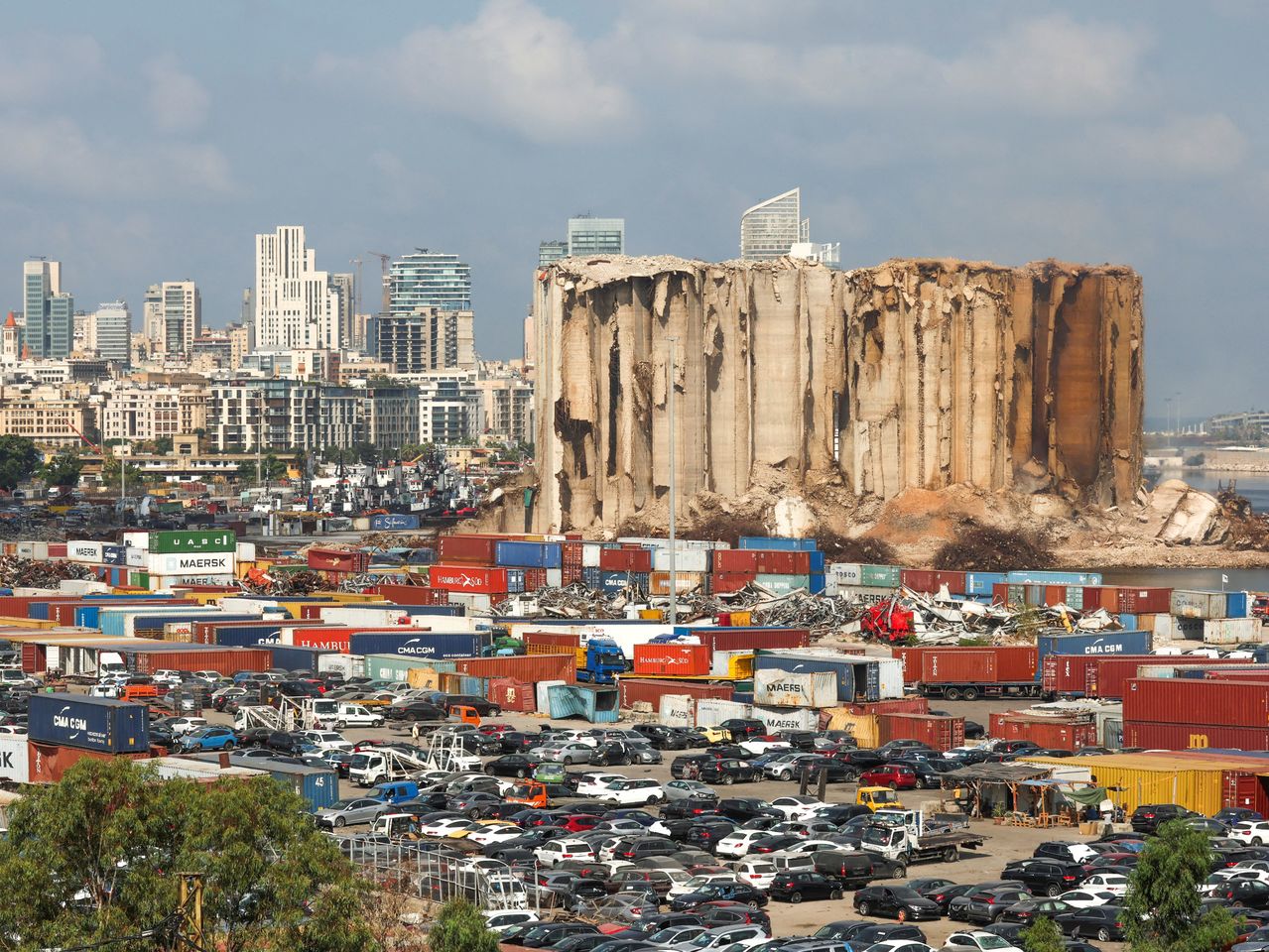 Following the weeks-long fire, parts of the silos collapsed in late July, shown here on August 2, 2022.