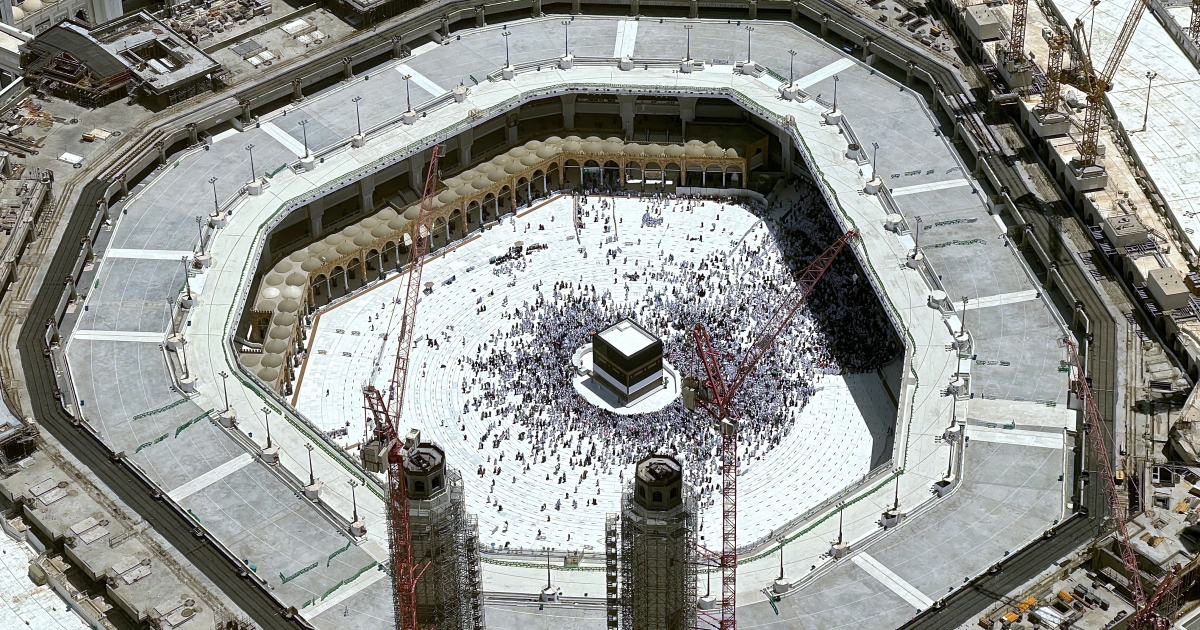 After a two-year absence, international pilgrims will perform the yearly Hajj pilgrimage in Saudi Arabia for the first time starting Wednesday, after previously being restricted amid the kingdom’s battle to curb the coronavirus pandemic.

Some one million people are expected to be in attendance in the holy city of Mecca in Masjid al-Haram (Grand Mosque) for the start of the five-day ritual – a large jump from last year when only 60,000 pilgrims were permitted. In 2020, during the height of the pandemic’s early waves and before vaccines were available, about 10,000 were selected.

“We are very excited and happy to be here [for Hajj] … It’s a great feeling to do something that is a core religious duty,” Hammad Tahir, a Pakistani citizen, told Al Jazeera via phone from the western city of Medina, Islam’s second holiest site.

Many Muslims around the world have been worried about attending a mass gathering of people while the pandemic continues, and infections are rising in some countries.

Masking will no longer be needed in “closed spaces” except in the Grand Mosque, the holiest site in Islam, the Ministry of Interior said. However, organisers of festivals and events in the city can choose to enforce masking or require proof of vaccination via the local Tawakkalna app, the ministry added.

Maha Elgenaidi, a pilgrim from the United States, said despite the requirement of masks in the Grand Mosque, said only “10 percent” of people were masking. 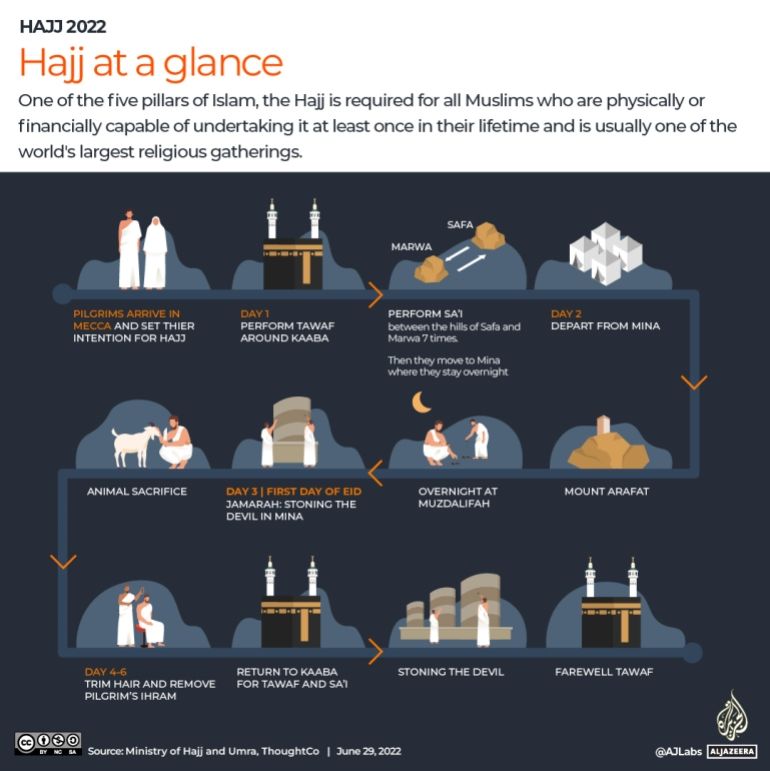 However, she added: “With the requirements the Saudis had for vaccinations and boosters, I think it’s fine.” As per Saudi government guidelines, only people who are fully vaccinated and aged below 65 years are permitted to perform the Hajj this year.

Over the past two years, the kingdom had some of the tightest restrictions in place to battle COVID-19. There have been approximately 787,000 recorded cases and more than 9,100 deaths in the country of 34 million people.

Many pilgrims feel that the advances made during the pandemic mean that it is now safe to attend.

Hammad’s wife, Mariam, told Al Jazeera that the pandemic “isn’t what it used to be”, citing high vaccination rates around the world.

“In the end, it comes down to faith. If you are going to do anything for Allah, Allah will protect you,” she added.

Both Mariam and Hammad feel that this is the right time to attend the Hajj.

“Hajj is a physically challenging event. There is a lot of walking … we figured doing it when we are young would be ideal,” Mariam said.

Mariam and Hammad left their baby daughter with their relatives before leaving for Mecca.

“She is only 10 months … she doesn’t understand that we are not around,” Mariam said. “If we went next year, we feel she would be more aware and distressed … and if we didn’t do it now, we wouldn’t for another 10 years.”

For many Muslims, the Hajj is a once-in-a-lifetime opportunity, a chance that cannot be passed up.

Elgenaidi, the founder and innovation director of Islamic Networks Group (ING), said she initially had no plans to attend the Hajj this year, but was inspired to do so after performing Umrah in January – a shorter pilgrimage to Mecca that can be performed at any time of the year.

“Hajj is about absolution of past wrongs, so I feel you should do a lot of work on yourself to improve your character in the spirit of our Prophet [Muhammad], and to align your will with God’s will before making such a journey,” she told Al Jazeera via email from Mecca.

“Perhaps that’s why I was never ready to do Hajj until now? I don’t know if I am ready for it, but I am here,” Elgenaidi added. 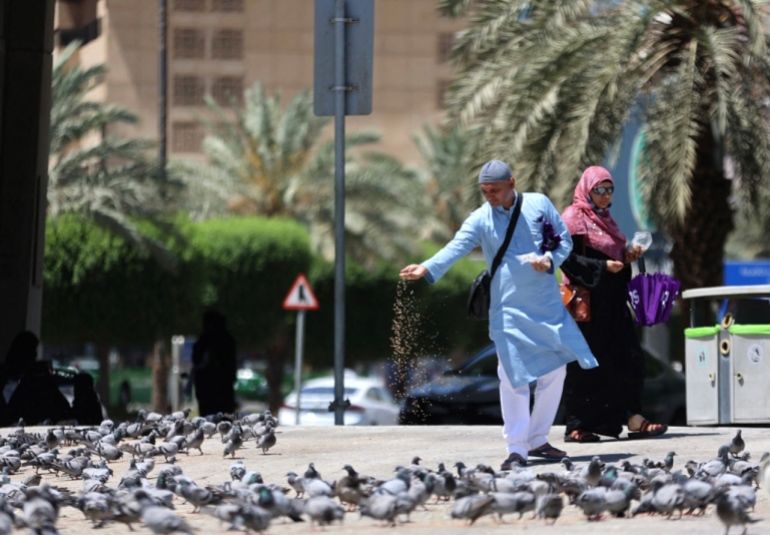 One of the largest religious gatherings in the world, Hajj is one of the five pillars of Islam and a religious obligation for all Muslims who are monetarily and physically capable of performing it.

Prior to the pandemic, up to 2.5 million people participated each year.

The Hajj, which Muslims are required to perform once in their lives, involves several obligatory rituals over five to six days – including the “tawaf” on the first day, which entails circling the Kabaa, a cubic structure draped in black cloth in the centre of the Grand Mosque, seven times.

Muslims believe the Kabaa, which they pray in the direction of, was built by Prophet Ibrahim (Abraham) together with his son Ismail (Ishmael).

Worshippers will also perform the symbolic stoning of the devil on the third day in the city of Mina – about 7.5km (4.7 miles) from Mecca – that requires pelting three large walls (Jamarat) representing the devil with pebbles.

Crowds at the devil stoning ritual, or heading towards it, have led to multiple deadly stampedes, most recently in 2015, when some 2,300 people were killed, leading to worldwide outrage.

A redevelopment of the site has made the area safer, and no major incidents have occurred since.

The third day of Hajj also marks the first day of the Muslim holiday of Eid al-Adha or the “festival of sacrifice”, which Muslims celebrate around the world.