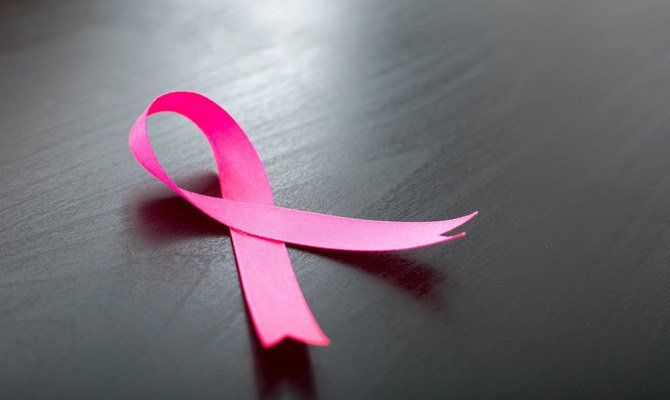 A new mobile application offers women in the UAE who have been diagnosed with breast cancer to connect online and communicate with each other for mutual help and support in their health battles.
The Breast Cancer Club app was created by Gazal Kamal, a Palestinian mother of three daughters, whose own tumultuous experience with the disease began in October 2020.

“I didn’t really know much about breast cancer, to be honest, in any way,” said Kamal, who lives in Dubai. “We had one aunt from my dad’s side who had breast cancer and that was about it.”

In April 2020, just after the COVID-19 lockdown began, Kamal had turned 40 years old and her husband insisted that she make an appointment for a mammogram. A lump and an inverted nipple had developed on her breast and tests revealed that she had stage 3 breast cancer, which had spread to her lymph nodes.

“It was a bit of a shock,” Kamal told Arab News. “Everyone I spoke to said: ‘You need to get treated yesterday before today.’”

Kamal decided to remain in Dubai for chemotherapy treatment at the American Hospital in the city because it meant she could be closer to family and friends during a difficult time.

However, she later traveled to New York for surgery that included a double mastectomy and the removal of her ovaries, along with all the lymph nodes in her left arm.

“I’m affected by that physically until today,” she said. “I have soreness and tightness. It was quite tough.”

After returning to Dubai she had radiation therapy and reconstructive surgery.

“I had a fantastic support system,” said Kamal. “I’m so grateful that I did my treatment in Dubai … I really felt taken care of but I really felt alone. I’ve never felt more alone in my life, especially at night. I was traumatized with everything that was happening.”

She said that there can be difficulties associated with speaking openly about a subject such as breast cancer, which some people consider sensitive or private.

“I don’t think it’s a regional problem, it’s a generational problem,” said Kamal. “In my parents’ generation, they were taught to talk about the good things in life. When I was diagnosed, my mom had a really hard time with it. She couldn’t even say the word ‘cancer.’

“I do know a lot of people who don’t talk about it with their families. Some people don’t want to bother others and that makes it even lonelier. So this is where the idea for the app started to build in my head.”

Launched this month, which is Breast Cancer Awareness Month, the free and easy-to-use app offers users a chance to write about their experiences with breast cancer and read those of others.

Each user creates a profile that includes details of the stage of their treatment and the breast cancer-related issues they are interested in discussing. There is also a list of common questions and answers that help shed light on topics such as treatment plans, nutrition tips and post-cancer rehabilitation.

“I kept thinking I really want a space in this region where people have access to each other if they need them,” said Kamal.

“I’m really happy to help even one person at this point. I hope it takes off but if it doesn’t, that’s okay as well. At least, I tried it.”

The app has been well received among the women in the UAE who have downloaded it, some of whom are doctors. About 100 people of different nationalities have signed up so far.

Breast cancer is one of the most common cancers affecting women in the UAE. Kamal said she has noticed a significant and positive shift in the ways in which health authorities in the country, and the wider region, are dealing with the disease, including the implementation of new initiatives and the provision of free screening tests. In addition, there are a growing number of awareness campaigns.

“I think the region is getting better, with the (UAE-based) Pink Caravan that is going around and the Pink Ladies – they're doing so much (to raise) awareness,” she said.