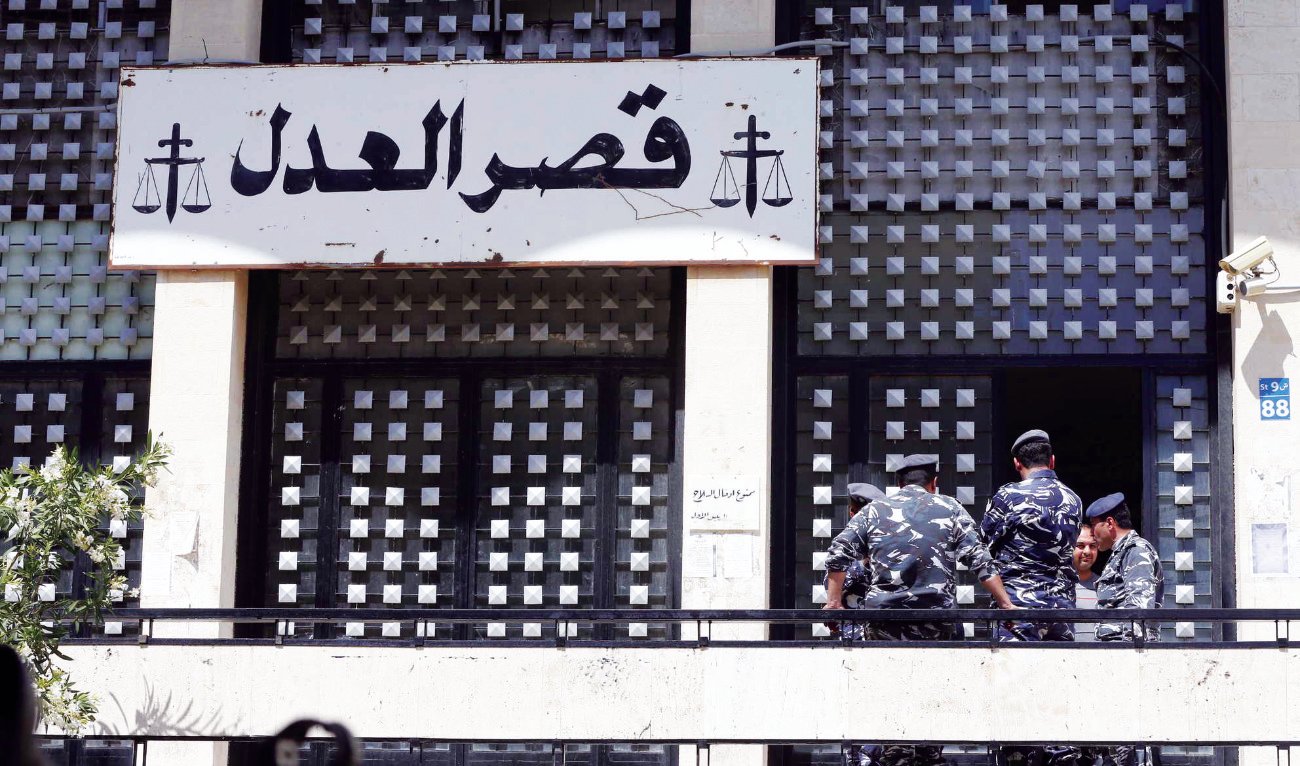 Judges in Lebanon continued their protest on Tuesday after a meeting to review their issues proved inconclusive.
About 400 out of 550 judges suspended services last week after talks with political leaders failed to secure their minimum demands.

The judges include the president of the Supreme Judicial Council of Lebanon, council members, judges from the cassation and appeal courts, public prosecution offices, tribunals, and judicial departments.

Judges held a closed general assembly on Tuesday in Beirut’s Justice Palace to discuss the results of the talks.

Judges of different ranks and positions are striking, except those from the Audit Bureau and the State Shura Council.

The Supreme Judicial Council said it ensured the “good functioning, dignity, and independence of the judiciary” and was keen on securing the judges’ rights.

It said it adopted all of the judges’ demands, including the protest until solutions were implemented.

“The deteriorating judicial situation is mainly the result of not adopting the judiciary independence law,” it added.

Former general prosecutor, Judge Hatem Madi, told Arab News: “The suspension of the judges’ work means that all public prosecution offices in the country are paralyzed and all judicial reviews are suspended.

“It is not the first time the Supreme Judicial Council doesn’t remain neutral and is in the center of the protest.

“My salary is now worth $300 and I occupy a high judicial rank, let alone junior judges, whose salaries amount to less than $75. What is happening reflects the collapse of the country. It is the first time that Lebanon’s judiciary is disrupted like that.

“During the war, we used to work and our salaries were enough. Today, however, they didn’t just steal our deposits and contribute to the collapse of our salaries, but also imposed new taxes.”

According to a judicial source, judges were complaining of attempts to subject them to the “desires of the ruling class and fabricate files against them.”

The judicial source added: “Lebanese judges are qualified, but the political class is using its power to subject them to their interests. One of the main examples is what happened with the file of the Beirut port explosion and the removal of Judge Tarek Bitar just because he accused politicians of negligence.”

Judges are calling for a radical solution to their salary increase demand. The salary of a judge is now worth $221 as per the black market exchange rate. It used to be $5,000 before Lebanon's economic crisis hit three years ago.

Justice palaces now lack all work components. Judges complain about the lack of electricity and water, non-functioning elevators, and the absence of basic stationery, such as pens, paper, and ink.

A chief registrar in Beirut’s justice palace told Arab News: “We now use the front and the back of papers to cut costs. At times, this leads to a forced work halt due to the financial impossibility resulting from the lack of equipment necessary for the work of all court registries.”

This measure caused tension within the judicial authority as it was seen as bribery by the governor of the Central Bank to judges, especially as he is being prosecuted against the backdrop of financial charges.

The decision also enraged civil servants, who were allocated a cost-of-living allowance, aid, and productive compensation to appease them.

Professors at the Lebanese University are continuing with their open strike, demanding to receive the same treatment as judges.

The collapse of the Lebanese pound has affected the salaries of civil servants significantly as they lost about 95 percent of their purchasing power, which drove them to stop working and be on strike since June.

The State Shura Council complained about the circumstances that its judges were experiencing.

It warned: “The implications of these circumstances might affect the ability of judges to perform their function normally in a way that ensures the continuity of work in this vital facility.”

It talked about “infringements and fabrications targeting the council’s judges by many parties, namely some of those occupying responsible positions in the state and who are supposed to abide by the laws and regulations governing the functioning of the state institutions.”

It added: “Things have reached an intolerable point. The independence of the judiciary vis-a-vis the executive and legislative powers must be achieved now, as it symbolizes society’s democracy and the rule of law.”

It called for “rebalancing the judges’ salaries by making them fair, worthy of the judges’ status, appropriate for the significant functions asked of them, the burdens they bear, and their daily life requirements.”

The Central Administration of Statistics said the consumer price index in Lebanon for July 2022 recorded an increase of 168.45 percent compared to July 2021.

It added that consumer price inflation during the first seven months of this year reached 50 percent.