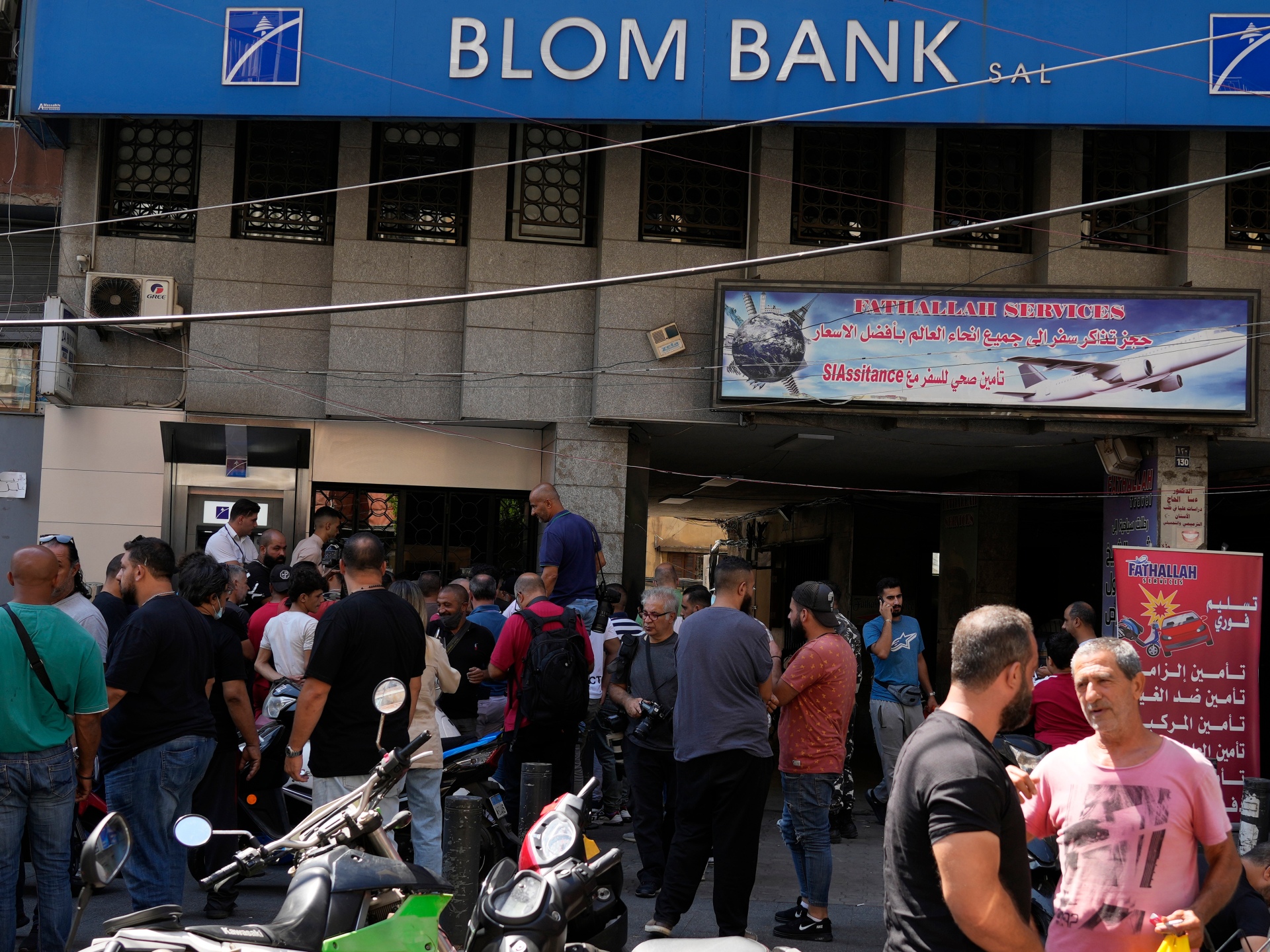 Banking association says it’s too dangerous to open after armed depositors began entering branches and demanding their own money.

Banks in Lebanon will remain shut indefinitely after the country’s banking association said a spate of bank heists had made opening branches too dangerous.

The banking association’s statement was issued on Wednesday evening, before banks were scheduled to reopen on Thursday after a three-day shutdown.

At least eight banks were held up by depositors last week trying to get access to their own savings.

“It is still not clear what indefinite means,” Al Jazeera’s Zeina Khodr reported from Beirut. “Banks are closed but, to a certain extent, they are maintaining services. For example, depositors are able to access money from ATM machines but only in the local currency.”

Strict measures have been put in place since 2019 preventing depositors from accessing most of their dollar savings. The rules have led to anger, with depositors “desperate for their savings because the economy has all but collapsed”, according to Khodr. 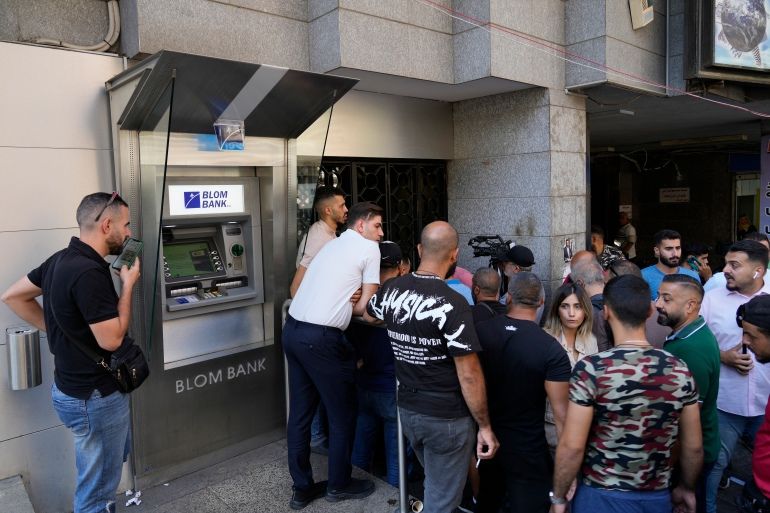 ‘Bank heists’, in which depositors hold up banks while demanding access to their own money, have become more common in Lebanon

On September 14, a Lebanese woman, Sali Hafiz, forced staff at a BLOM Bank branch in Beirut to give her thousands of dollars from her own account by waving a replica gun in order to fund her sister’s cancer treatment at a hospital.

Hafiz has been lauded as a hero by many Lebanese and told Al Jazeera that her actions were a response to the bank “stealing” her money.

On the same day Hafiz entered BLOM bank, an armed man entered a branch of BankMed in Lebanon’s city of Aley, attempting to retrieve his savings. The man obtained some of the money before handing himself over to authorities.

“Many people are not finding any jobs and they really blame the banks for imposing these controls on the citizens,” Al Jazeera’s Khodr said.

She added that people are worried about access to their money with public and private sector salaries due to be paid next week.

“Will there be enough cash in those ATM machines when that happens or will people still not be able to access dollars?”

The Lebanese economy has been struggling since late 2019 in an economic meltdown described by the World Bank as one of the worst the world has witnessed since the 1850s.

The IMF held a three-day visit to the country to discuss the implementation of reforms with Lebanese officials that were agreed on by both sides in April.

“Despite the urgency for action to address Lebanon’s deep economic and social crisis, progress in implementing the reforms agreed under the April SLA remains very slow,” the IMF said.

Lebanese President Michel Aoun met with the Mission Chief of the IMF, Ernesto Ramirez Rigo, before the delegation left Beirut.

The IMF said Lebanon’s gross domestic product (GDP) has contracted by more than 40 percent since 2018, inflation remains in the triple digits, foreign reserves are dwindling, and the parallel exchange rate hit new lows this week, reaching more than 38,000 Lebanese pounds to the dollar.

“Amidst collapsing revenues and drastically suppressed spending, public sector institutions are failing, and basic services to the population have been drastically cut,” Ramirez Rigo said. “Unemployment and poverty are at historically high rates.”

On Wednesday, Lebanese Prime Minister Najib Mikati said at the United Nations General Assembly that the government was “working on a financial and economic recovery plan” to address the crisis.

“We’re also working on a package of comprehensive structural and sectoral reforms that meet the requirements of the Lebanese people.”

Mikati added that the government was also working on “developing laws that ensure absolute transparency”.