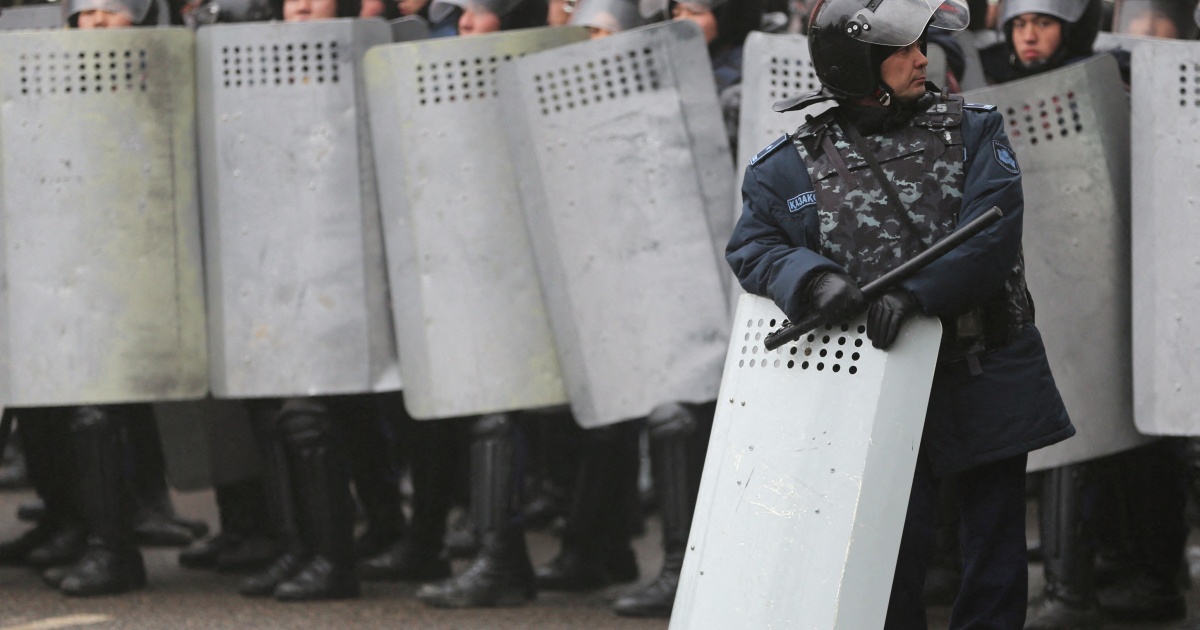 From France to Ecuador, Pakistan to Iran, and Zimbabwe to Lebanon, mass agitations over the past three years have revealed the tricky terrain that governments tread as they try to let the market determine energy prices without triggering mass uprisings.

The government announces a new policy that will increase fuel prices. Street protests break out. An unprepared administration cracks down with excessive force. That amplifies public anger, which boils over into calls for greater democratic rights.

It’s the story of Kazakhstan, where the end of price controls for liquified petroleum gas (LPG) — a popular, affordable fuel — in early January sparked the country’s largest protests since the collapse of the Soviet Union three decades ago. But the Central Asian republic’s current political crisis closely mirrors a growing series of similar mass protests around the world, all linked to increased taxes or reduced subsidies on fossil fuels in recent years.

From France to Ecuador, Pakistan to Iran, and Zimbabwe to Lebanon, mass agitations over the past three years have revealed the tricky terrain that governments tread as they try to let the market determine energy prices without triggering mass uprisings.

Subsidies strain the budgets of countries and keep the planet addicted to fossil fuels. Yet the protests in Kazakhstan and other countries also expose uncomfortable truths about democracies and autocratic regimes alike, say analysts. Often, governments are more willing to cut subsidies for vulnerable sections of society than to target benefits to fossil fuel companies. And in country after country, citizens are concluding that they can only influence energy policy by taking to the streets.

“There’s a clear democracy deficit at play here,” said Naomi Hossain, a senior professional lecturer at the American University in Washington, DC who has done extensive research on the links between fuel prices and mass protests globally. “Citizens often just don’t trust their governments when it comes to energy policy.”

That lack of trust is compounding the world’s struggle in addressing climate change. “Fossil fuel subsidies lock in dependency on coal, oil and gas while at the same time hindering the competitiveness of renewables,” Harro van Asselt, a professor of climate law and policy at the University of Eastern Finland, told Al Jazeera.

In 2019, 81 major economies extended $468bn — an amount larger than Nigeria’s gross domestic product — in financial support to the fossil fuel sector, according to the International Energy Agency and the Organisation for Economic Co-operation and Development (OECD). The COVID-19 pandemic hurt global demand for energy, but as economic growth has recovered, so too has the hunger for fossil fuels. Many countries have chosen to double down on coal, oil and gas.

“Instead of using it as an opportunity to reset, many countries went back to the traditional way and supported energy choices that were based on fossil fuels,” Vibhuti Garg, an energy economist at the Institute for Energy Economics and Financial Analysis, told Al Jazeera.

Yet experts point out that not all fuel rebates are the same. Price controls and lower taxes for consumers often get disproportionate attention, they say. But governments also hand out billions of dollars in annual benefits to fossil fuel firms. In 2019, for instance, 50 of the world’s largest and wealthiest economies increased their financial support for the production of fossil fuels by 30 percent compared to the previous year. In all, these countries handed out benefits worth $178bn that year.

Some governments refuse to even count benefits to energy firms as subsidies. “The UK maintains the ludicrous position that it doesn’t have fuel subsidies,” said Neil McCulloch, a British development economist, in an interview with Al Jazeera. In fact, the United Kingdom gave more than $13bn in tax cuts and other rebates to the industry in 2020, according to OECD data. Australia, the world’s biggest coal exporter, spent $7.4bn on subsidies in 2020-21.

These subsidies to fuel producers help governments attract investors and in turn earn from royalties and dividends, while also generating employment, said Garg.

Shielding the most vulnerable

While all subsidies must go if the planet is to be saved, it is vital to avoid “letting the costs of transition fall mostly on the most vulnerable”, said Bronwen Tucker, global public finance co-manager at Oil Change International, a non-profit that tracks fossil fuel subsidies. “The wealthiest companies, countries and individuals must pay.”

Yet on the streets of Almaty and previously in Paris, Beirut, Tehran and Quito, protesters have made it clear they believe ordinary people currently face the brunt of fuel subsidy cuts. A proposed new fuel tax ignited protests in France in 2018. In Iran, Zimbabwe, Pakistan and Lebanon, governments have faced unrest after sharply increasing fuel prices, which they cap through subsidies. And in Ecuador in 2019, the government of then-President Lenin Moreno announced the end of all fuel subsidies as it tried to balance its books.

“Keeping fuel subsidies is easier than putting in place the many other policies that would create a better life for the public,” Tucker told Al Jazeera.

If that’s the only major benefit the state gives people to cushion them from price fluctuations, it’s little surprise that protests break out when fuel subsidies are eliminated, said Hossain.

Kazakhstan’s government has reversed its decision to end price controls. France dropped its plans for a new tax. And Ecuador killed its attempts to end fuel subsidies. But the lesson from these protests isn’t that countries should keep fuel subsidies intact, say experts.

Research by McCulloch and his colleagues suggests that countries with rigid caps on fossil fuel prices are more likely to see large protests when fiscally battered governments are forced to sharply raise the costs of energy.

“Countries need to move gradually toward a flexible pricing regime, while introducing targeted cash transfers and other benefits so that the burden doesn’t fall too heavily on ordinary people,” he said. “Frankly, if governments don’t want their rule threatened by protesters, that shift is in their interests.”

Meanwhile, fuel is more central to the lives of people than it has ever been, said Hossain. “Energy today is like food was 200 years ago,” she told Al Jazeera. “No one can do without it.”

The problem? Unlike other sectors, including food, where citizens’ groups have a seat at the policy table in most countries, energy policy is treated “like a top-secret national security issue”, Hossain said. That needs to change to be able to pull off meaningful reforms in fossil fuel pricing, she said.

Without that, experts warn that other countries and regions where fuel subsidies are a part of the social contract between the state and people — such as the Middle East and Nigeria — could next witness protests of the kind that have roiled Kazakhstan.

“Until energy policy is democratised,” said Hossain, “I see many more protests in the future.”