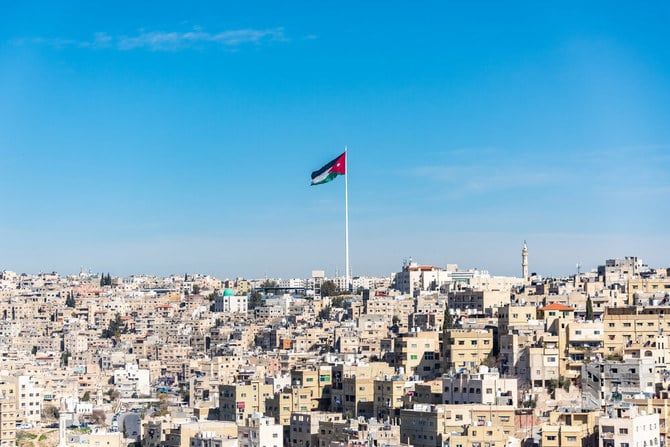 Funding and water remain two problems to be tackled despite Jordan announcing a set of technical and bureaucratic procedures that constitute the foundations of a food security enhancement project.

The kingdom reached out to donors and international lenders to secure funding for the project, which also involves Syria, Iraq and Lebanon.

The Jordanian government’s establishment of a “food security council” to work alongside the National Committee for Food Security will help mitigate the country’s vulnerability to global food crises and climate change.

Prime Minister Bisher Al-Khasawneh has described the strategy as “the first of its kind in the kingdom, an implementation of King Abdullah’s directives to mark 2021 as a year of food security, and to make Jordan a regional model for food security.”

Al-Khasawneh said at the time that Jordan had taken a number of measures in food security which had resulted in upgrading Jordan’s ranking on the global food security index “to 49th worldwide in 2021 from the 62nd place in 2020.”

Agriculture ministers from Syria, Iraq and Lebanon have met recently in Amman and agreed to support Jordan’s initiative to host the regional observatory for food security.

Proposed by the World Food Program, the observatory for the Levant region aims at “monitoring variables related to food security, and following up on issues related to climate change, local productions and trade.”

WFP said that the Jordan-based observatory will also “provide accurate artificial intelligence-supported analysis that will enable policy makers in the Levant countries to formulate strategies related to food security.”

The meeting in Amman issued a communique which emphasized the need to enhance cooperation in food security, expertise, exchange, and integration, to address increased demand on food and price hikes.

Jordan announced in April this year that it was negotiating with the World Bank a $480 million loan to fund its food security enhancement project.

However, four months later, the government said that it had failed to reach an agreement with the international lender.

Minister of Planning and International Cooperation Nasser Shraideh said in August that the government had reached “initial funding agreements” worth $430 million with other international lenders.

A source from the World Bank acknowledged the freezing of the loan agreement with Jordan but declined to say why.

A source, who preferred to remain unnamed, told Arab News: “There was no agreement with Jordan. The request for funding was under examination.”

An official Jordanian source, who also requested anonymity, said the World Bank turning down Jordan’s request was “probably due to the bank’s concerns regarding the kingdom’s debts.”

According to the World Bank’s reports on Jordan, a total of 15 funding projects have not been finalized between the two sides, or agreed with the government.

The latest to be canceled, according to the World Bank, was the $480 million emergency food security project, in addition to other funding agreements, including a loan of $100 million to finance an expansion of Jordan’s grain silos.

Jordan announced early in October that it would sign a new agreement with the European Investment Bank to provide €130 million to enhance food security.

Speaking to the government-run Al-Mamlakah TV, Shraideh said that the money would go to increase and sustain Jordan’s purchases of wheat and barley and to expand its storage capacity of the basic commodities.

Jordan and the OPEC Fund for International Development also signed a $100 million agreement to finance the emergency food security project. The government said that the deal fell within efforts to finance the purchase of basic commodities.

The minister added that a $200 million agreement was signed with the Islamic Development Bank Group, again to enhance the kingdom’s stocks of wheat and barley.

Shraideh hailed the government’s success in securing “abundant food supplies during hard times, primarily the COVID-19 pandemic and the Russian-Ukrainian conflict,” thanks to recently erected silos and containers.

Classified as the world’s second most water-scarce country, experts nevertheless argue that Jordan, like many other countries, can overcome this dilemma by resorting to new agricultural models that use less water and focus on rainfed crops.

Acknowledging that no country can achieve food self-sufficiency, Hazem Al-Nasser, former minister of water, said that “the fact that Jordan and many other Arab countries are below the water poverty line” meant food production, particularly cereals, was a far-reaching objective.

In an article published recently, Al-Nasser wrote: “Declining levels of rainfall due to climate change will impact in the first place the production of rainfed cereals.

“Considering climate change impact and urbanization without proper mitigation and adaptation plans, this kind of rainfed agriculture will be phased out gradually.”

Al-Nasser listed a number of procedures and projects that, if implemented, can help Jordan and many other countries achieve food security, including the launch of awareness campaigns on rationalization of food consumption in the light of “sharp hikes in international food prices.”

Director of the National Agricultural Research Center Nizar Haddad said that Jordan has produced heat-tolerant wheat and barley varieties and has utilized modern biotechnologies that enable it to deal with water scarcity and expand the production of basic commodities.