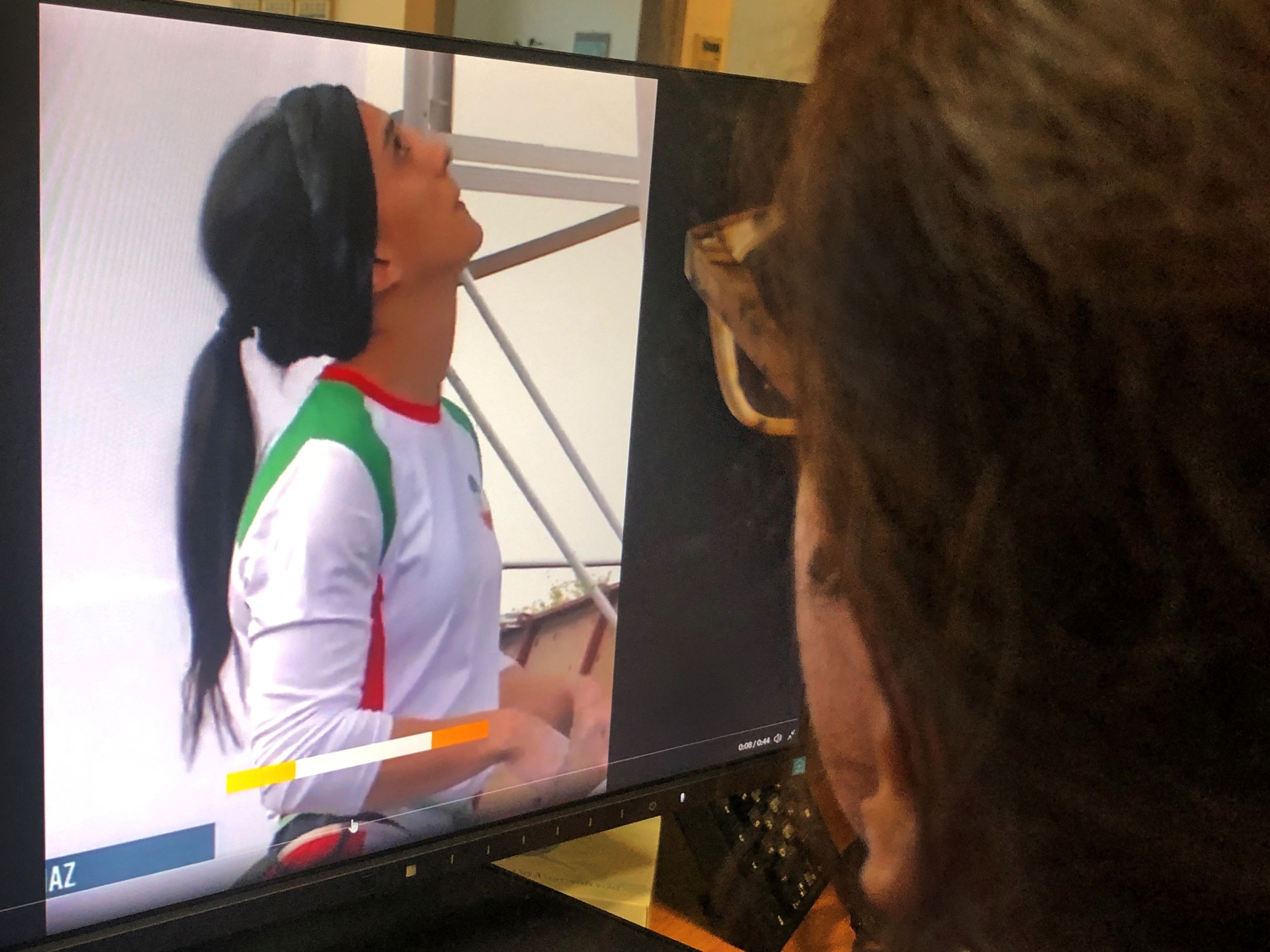 Iran’s Elnaz Rekabi apologises after competing without a hijab

Professional rock climber says head covering ‘inadvertently faced a problem’ after she was unexpectedly called to compete ahead of schedule in Seoul tournament.

An Iranian athlete has issued an apology after appearing without a hijab while representing her country in an international rock climbing tournament.

In a story published on her Instagram account on Tuesday, professional rock climber Elnaz Rekabi apologised for the “worries that I caused”. The statement posted to Rekabi’s 240,000 followers said her head covering “inadvertently faced a problem” after she was unexpectedly called to compete ahead of schedule in the finals of the sport’s Asian Championships in South Korea’s capital, Seoul.

Rekabi had made headlines on Monday when she competed with her hair uncovered and tied back in a ponytail – seemingly defying Iran’s decades-long mandatory hijab rules.

Taking off the hijab is illegal for women in Iran and punishable by law.

The 33-year-old finished fourth, but clips of her scaling a wall during the competition without a head covering – but dressed in the Iranian team’s attire that fully covered her body, and also sporting a black headband – were shared on social media thousands of times.

A number of international celebrities, including actress Jessica Chastain from the United States and Iranian counterpart Taraneh Alidoosti, praised her on social media for her “bravery”.

On Tuesday, the Iranian semi-official Tasnim news website published a short interview with Davoud Rekabi, identified as the athlete’s brother, who said she was wearing a headband and was not trying to defy the hijab rules.

“Unfortunately some are trying to ride waves [take advantage] on this issue,” he was quoted as saying, adding that a news conference will be held to explain what happened when Rekabi is back in Tehran.

Rekabi was supposed to return to the Iranian capital with her teammates early on Wednesday morning, but her schedule was changed seemingly because many on social media said they would go to the Imam Khomeini International Airport to welcome and support her. In her Instagram story, the athlete said “I am returning to Iran with the team based on the previously set schedule”. It is unclear what will await her in Tehran.

The athlete left Seoul in the early hours of Tuesday on a plane bound for Iran along with the other members of the team, Iran’s embassy in South Korea said in a tweet.

“The Embassy of the Islamic Republic of Iran in South Korea strongly denies all the fake, false news and disinformation regarding Ms. Elnaz REKABI,” it said, publishing an image of the athlete wearing a hijab.

The “disinformation” the embassy referred to consisted of reports by foreign-based Persian media that said Rekabi was taken to the embassy to leave the country while her passport and phone were confiscated and her friends were unable to contact her.

Rekabi is thought to be only the second female Iranian athlete to compete abroad while not adhering to the hijab rules required by the Iranian state.

In 2019, boxer Sadaf Khadem competed in France without covering her hair or body, but then remained in the country amid speculation that she could be arrested upon return.

Rekabi’s appearance comes amid more than a month of protests across Iran that erupted after a young woman died in police custody.

Mahsa Amini, 22, was detained for allegedly violating the country’s dress code and collapsed while in a “re-education” centre in Tehran, with her family challenging authorities’ claim that she was not beaten or mistreated.

Women have featured prominently in the protests, with many filming themselves burning their hijabs or cutting their hair. “Woman, life, freedom” has become one of the main slogans used during demonstrations by men and women.