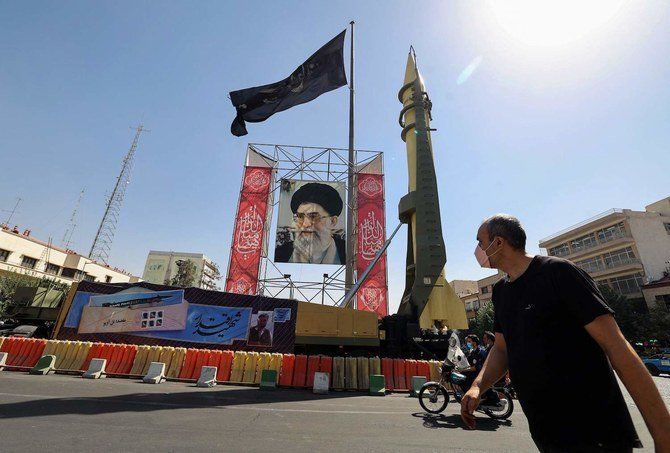 How Iran could become a genuinely good neighbor

The new Iranian government under Ebrahim Raisi has declared that its major priority is to improve relationships with other countries in the region. But the Islamic Republic needs to take several crucial steps in order to achieve such an objective.
Gulf states are not opposed to having good relationships with Tehran as long as Iran takes the necessary steps and alters its destabilizing behavior in the Middle East. Saudi Arabia’s King Salman expressed hope for direct talks with Iran, pointing out at the UN General Assembly that “Iran is a neighboring country, and we hope that our initial talks with it will lead to concrete results to build confidence based on respect of sovereignty and non-interference in internal affairs.”

First, the Iranian regime needs to change its sectarian agenda in the Middle East, and abandon the “divide and rule” tactics that set the Shiite and Sunni against each other. This means the theocratic establishment must stop supporting militia and terror groups that act on the behalf of the Islamic Republic, and advance Tehran’s parochial and ideological interests in other Arab states.

The regime’s policy of sponsoring militia groups in other nations is a major source of instability in the region and a blatant violation of national sovereignty.

When it comes to developing relationships with Saudi Arabia, the Iranian government must order the Islamic Revolutionary Guard Corps to halt its military assistance to the Houthis. The IRGC, designated a terrorist group by the US, is a key supporter and sponsor of the militia, which it supplies with weapons, including anti-tank guided missiles, sniper rifles and rocket launchers.

This means that the Iranian regime must fundamentally alter its core mission, which stipulates: “The Army of the Islamic Republic of Iran and the Islamic Revolutionary Guards Corps will be responsible not only for guarding and preserving the frontiers of the country, but also fulfilling the ideological mission of jihad in God’s way; that is, extending the sovereignty of God’s law throughout the world.”

Unfortunately, the Houthis’ attacks appear to have increased since US President Joe Biden assumed office in January and adopted a softer tone toward the Iranian government. Even Western officials have previously acknowledged the escalation, with a senior US defense official telling NBC News: “We’re certainly aware of a troubling increase in Houthi cross-border attacks from a variety of systems, including cruise missiles, ballistic missiles and UAVs (unmanned aerial vehicles).”

When it comes to Bahrain and Kuwait, the Iranian government must stop promoting the narratives of individuals or groups that aggressively cause instability. Bahraini security forces have arrested more than 100 people on charges of terrorism and plotting attacks on government officials. Bahrain accused them of being part of a network founded by the IRGC.

This is not the first time Iran has been caught supporting terror cells in the island kingdom. Bahraini officials previously detected or dismantled several Iranian-backed groups that were planning, or had already carried out, attacks. Similarly, several Iranian diplomats were expelled from Kuwait over links to a “spy and terror” cell. Iran’s cultural and military missions also were ordered to shut down in Kuwait.

In Lebanon and Iraq, Tehran pursues the same sectarian agenda of sponsoring Shiite militant groups, such as the Popular Mobilization Forces and Hezbollah. The Iranian regime must end its political opportunism, and the use of countries such as Iraq and Syria as a proxy battleground to advance the ruling clerics’ revolutionary, strategic and geopolitical objectives.

One military institution is mainly responsible for this — the Quds Force, the elite branch of the IRGC, which is mandated to advance Iran’s ideological and political interests in foreign countries.

Finally, the Iranian regime must address the critical concerns of regional countries regarding its nuclear ambitions. To improve ties with Gulf states, Tehran must halt its nuclear program, thereby eliminating the possibility of a nuclear arms race in the region and removing the strategic threat that a nuclear-armed Iran would pose to the Middle East.

In a nutshell, if Iranian leaders’ top priority is to develop relationships with regional powers, such as Saudi Arabia and other Gulf states, Tehran must abandon its sectarian agenda, support for militia and terror groups, and interference in the domestic affairs of Gulf states, and also halt its nuclear proliferation.
#Joe Biden