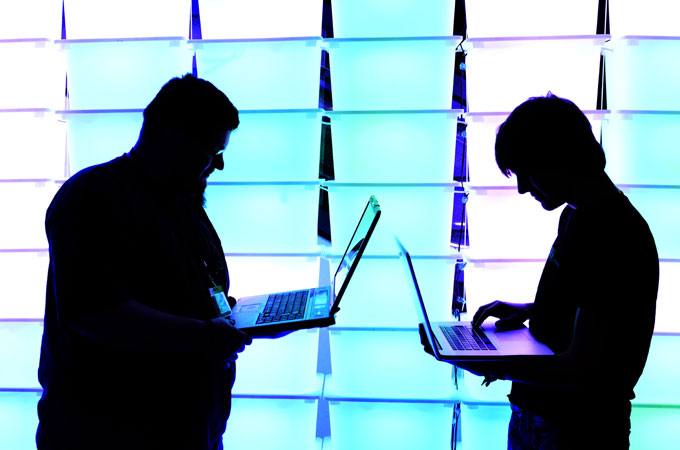 Pakistani cybersecurity researcher Etizaz Mohsin was in a hotel room in Qatar when he unexpectedly discovered a technical vulnerability in its internet system that exposed the private information of hundreds of hotels and millions of guests worldwide.

Mohsin told Al Jazeera he was “stunned” by what he uncovered late last year.

“I found out that there is a service running rsync [file synchronization tool], which allows me to dump the files of the device to my own computer,” Mohsin explained. “I was able to access the sensitive information of all other hotels which were using the FTP [file transfer protocol] server for backup purposes.”

From his hotel room he was able to obtain network configurations of 629 major hotels across 40 countries, and the personal information of millions of guests, including their room numbers, emails, and dates they checked in and out of the hotel.

The data included that of major hotel chains across the Middle East and North Africa region, including the Kempinski, the Millennium, Sheraton, and St Regis in Qatar, Turkey, the United Arab Emirates (UAE), Saudi Arabia, Lebanon, Egypt, Bahrain, Oman, Jordan, Kuwait and Bahrain.

The hotels all use an internet system called HSMX Gateway by British company AirAngel. Its clients are among the largest hotel brands worldwide.

This is common practice; most hotels, malls, restaurants, and cafés require people to create an account and fill their information after connecting to the internet in order to start using it. However, it is not without its risks.

“A public WiFi network is fundamentally less secure than one you use at home,” Mohsin explained. “It allows hackers to monitor and intercept data sent across the link, giving them access to sensitive information such as banking credentials and account passwords.”

The HSMX Gateway incident is similar to a vulnerability in hotel routers researchers discovered seven years ago, which affected 277 devices in hotels and convention centres in the United States, Singapore, the United Kingdom, the UAE, and 25 other countries.

Cybersecurity consultant Ragheb Ghandour told Al Jazeera the ease of access to this data, especially with how centralized it is among hundreds of hotels, is a huge cause for concern.

“Let’s say a spy checks into one of these listed hotels, skims through the files and finds a point of intrusion. They could modify – or mirror – the landing page for the WiFi connection and all the clients of the hotel would send their information straight to them,” Ghandour said. “The stakes are high. You could wreak havoc through the hotel.”

It is not just guests’ personal information that is at risk. Mohsin said a hacker could use the vulnerability to access the guests’ computer and mobile devices, as well as the hotel’s security footage, ventilation systems, and electronic door locks.

In fact, assassins used a vulnerability in a luxury hotel’s internet to unlock an electronic door and carry out a targeted killing in Dubai 12 years ago.

AirAngel said in a statement it stopped updating its software in November 2020, and the firm encouraged clients to replace it with a new service called Captivnet. The issue with the previous service remains unfixed, however.

AirAngel added only a small number of clients have not migrated to Captivnet and still use HSMX Gateway. But more than half of the hotels Mohsin discovered compromised continue to use the service.

Of the 629 hotels Mohsin found with faulty internet protection, 378 have not switched to AirAngel’s new service, including more than 100 in the UAE, Saudi Arabia, Qatar, Lebanon, Egypt, and other countries across the MENA region, he said.

Mohsin said he hopes his findings will encourage more people to improve their digital security.

“Always a use a VPN to encrypt all your data as it travels via the network via secure tunnel,” he explained. “Alternatively, you might use mobile data [instead of WiFi] to avoid the dangers in the first place.”