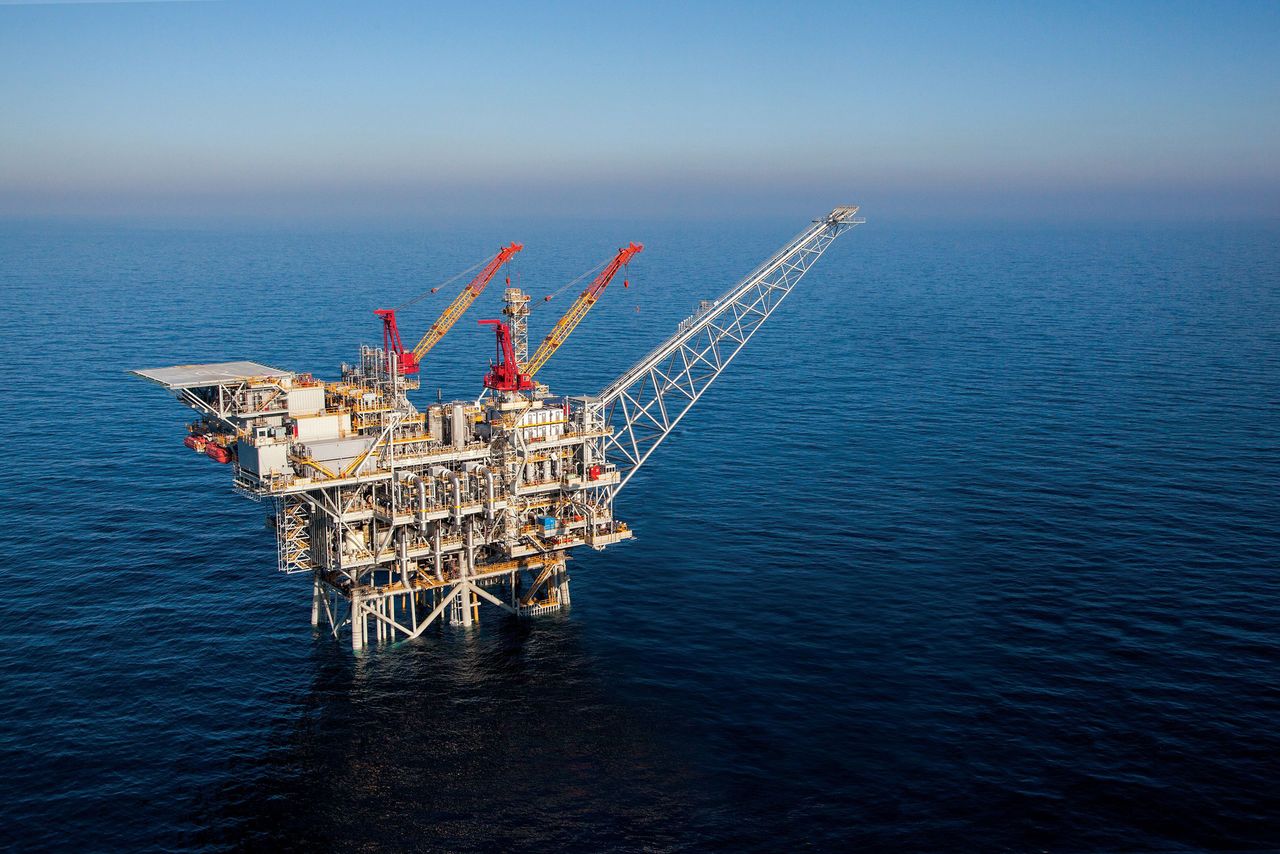 Hezbollah, Iran should have no say on Lebanon’s border disputes

As the newly elected Lebanese members of parliament were entering the hemicycle, an Israeli rig was approaching the disputed Karish offshore natural gas field in the Mediterranean. In both cases, the outcome will not be in favor of Lebanon.
And so, at the same time as the new breed of MPs began to understand the dynamics of the country’s archaic political system and how it imprisons the will of the people, we witnessed yet again Lebanon being shackled when it comes to protecting its sovereignty and, more precisely, its borders. Worse, the country is not even capable of deciding or negotiating its own international agreements.

It must have been a sad start for the hopeful new MPs, witnessing lawmakers who are the subject of arrest warrants from the Lebanese judiciary over the 2020 blast at Beirut Port being elected as members of the Administration and Justice Committee. How does Hezbollah — if, as analysts stated, it lost the elections — still get members of its party on the Parliamentary Finance and Budget Committee? It is simply because the political system is part of the Iranian occupation, which creates this tie-up and allows for institutionalized corruption.

It is not a surprise that an occupied country cannot decide for itself and make agreements on its own borders. Whether it is over the disputed gas field or the Shebaa Farms, Lebanon cannot say a word. It is the invader that decides and talks. The fight against Israel for the Shebaa Farms ended up becoming a debate on whether the land was Syrian or Lebanese. Meanwhile, the disputed gas field in the Mediterranean is symbolic of the domination and occupation of Lebanon by Hezbollah and the Iranian regime. The country’s fate is either decided by Syria or Iran and, in the meantime, Israel is free to act.

Since 2010 and through various mediations, Lebanon has never accepted any of the proposals for solving the maritime dispute. Represented by President Michel Aoun, it kept switching between maximalist positions and silence. In short, a decade ago, the US mediation offered a demarcation that gave 55 percent of the disputed area to Lebanon and 45 percent to Israel. Beirut did not accept it. And, when negotiations took place again in 2020, Lebanon claimed a larger part of the territory to the south, reaching close to 900 km. However, it never made an official petition for this area and openly stated it was a negotiation tactic.

And so if Beirut today accepts the first US-proposed demarcation or even its latest position, which claims an extra 370 km to the south, then the Karish field where the rig has arrived falls in the Israeli part. So, despite Aoun’s screams of indignation, he has implicitly already agreed to this.

The main issue is that it is in Lebanon’s interest to exploit its own area, while Israel does the same by starting to put infrastructure in place. Lebanon’s actions show there is a political will to let the dispute be decided in a de facto manner, without having to sign an agreement. In other words, Aoun — under the orders of Hezbollah — will look the other way. The reason for this is that Lebanon is not allowed to sign an agreement with Israel, but it can accept a unilateral Israeli withdrawal or demarcation, such as what happened in the south of the country in May 2000.

Aoun can tacitly accept a demarcation, but is not authorized by the occupation forces to sign an agreement — at least not until Tehran gets what it wants out of the US and Israel.

Another question, although incidental, is what would happen if Aoun did sign a maritime border agreement? It would immediately prompt a follow-up question that, if Lebanon is willing to sign a maritime border agreement with Israel for gas rights, why not negotiate and finalize all border disputes with its neighbor? Obviously, while Hezbollah is still in parliament and its ally serves as president, it will not happen. It cannot happen as long as Lebanon is occupied by Iranian forces.

In a sad twist, even if Lebanon is capable of setting up its own rigs and successfully extracting and selling its share of the gas, no one doubts that the proceeds will be lost in commissions to political leaders. In this current system, the money would flow from occupier to all political groups, opposition included.

It is therefore important to ask, especially as the world faces many risks that go beyond geopolitics and that might affect the daily lives of all citizens, why avoid an agreement on delimiting borders that could help bring greater stability and likely generate revenues for the country? Why do we accept this hypocrisy of the so-called resistance, which indirectly negotiates with Israel yet looks at the Lebanese and screams oppression, resistance and the goal of total destruction of the enemy? The answer is always the same. Hezbollah justifies all the crimes it commits by claiming they are necessary for its resistance. From trading blood diamonds in Africa to killing Syrians in support of the Assad regime, Hezbollah explains it all away as being the duty of fighting the oppressor. Does anyone still believe this?

The current situation in the Mediterranean concerning the Karish field points to the hard truth. If Aoun is willing to tacitly accept the current arrangements and the deterrent power, aka Hezbollah, has accepted that it will look the other way, why then do we still need this armed group as a so-called defender of the nation’s borders? Moreover, why should Lebanon not be allowed to negotiate directly with Israel and solve all its border issues? It is time for Lebanon to claim its rightful sovereignty over its entire territory and take over all foreign policy files.