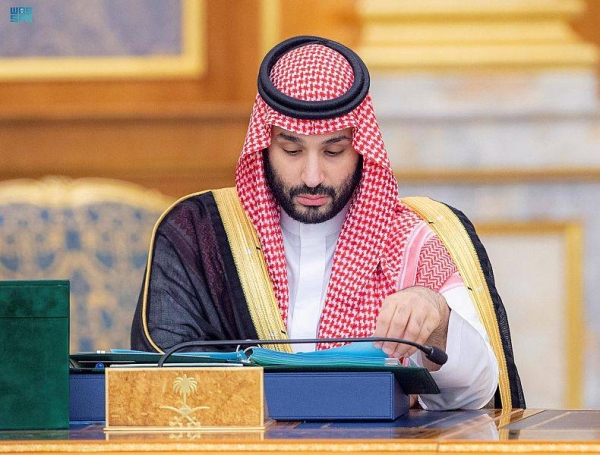 Crown Prince and Prime Minister Mohammed bin Salman launched on Tuesday the National Strategy for Industry to realize the objectives of the Saudi Vision 2030.
The strategy focuses on 12 sub-sectors to diversify the Kingdom’s industrial economy while identifying more than 800 investment opportunities worth SR1 trillion.

“Through this strategy and in partnership with the private sector, Saudi Arabia will become a leading industrial power that contributes to securing global supply chains, and exporting high-tech products to the world,” the Crown Prince, who is also chairman of the Council of Economic and Development Affairs, said while unveiling the new strategy.

“We have all the possibilities to reach a competitive and sustainable industrial economy, thanks to the ambitious young talents; distinguished geographical location; rich natural resources, and leading national industrial companies,” he said.

The strategy aims to accomplish an industrial economy that attracts investments, which contributes to achieving economic diversification, and developing the domestic product and non-oil exports, in line with the objectives of the Saudi Vision 2030.

The National Strategy for Industry focuses on 12 sub-sectors to diversify the Kingdom’s industrial economy while identifying more than 800 investment opportunities worth SR1 trillion to constitute a new chapter of sustainable growth for the sector in order to achieve ambitious economic returns for the Kingdom by 2030. These returns include doubling the industrial domestic product by three times and doubling the value of industrial exports to reach SR557 billion.

The strategy is also working to bring the total value of additional investments in the sector to SR1.3 trillion, and to increase exports of advanced technology products by about six times, in addition to creating tens of thousands of quality jobs of high value.

The industrial sector is one of the pillars of Saudi Vision 2030, and it receives great attention from wise leadership. The National Industrial Development and Logistics Program was launched and an independent ministry was established to take care of the sector. In addition to this, a number of programs were introduced and several entities were established.

All these have resulted in doubling the number of industrial establishments, which did not exceed 7,206 factories within 42 years. Their number jumped by more than 50 percent after the launch of Vision 2030, reaching 10,640 industrial facilities in 2022. The strategy will drive growth in the sector, bringing the number of factories to about 36,000 factories by 2035.

Through the strategy, Saudi Arabia aspires to empower the private sector, as well as to increase the flexibility and competitiveness of the industrial sector, which guarantees continuity of access to important commodities for the welfare of citizens and achieve global leadership in a group of selected commodities, by investing in promising new technologies.

The Kingdom’s industrial sector is based on solid industrial foundations and successes built over 50 years, as it contributed to adding more than SR340 billion to the gross domestic product, and provided many quality jobs and entrepreneurship opportunities in various industrial fields.

The Kingdom also enjoys the presence of leading national industrial companies, which have contributed to placing the Saudi industry in the ranks of advanced industries regionally and globally, as the Kingdom is today the fourth largest manufacturer of petrochemical products in the world, while its industrial outputs contribute to supplying global supply and manufacturing chains, which are involved in the production of many of industries.

The launch of the strategy is in line with global trends in the sector, such as the Fourth Industrial Revolution, the Kingdom’s objectives and the competitive advantages represented by its geographical location, an abundance of natural resources and energy sources, human capabilities, purchasing power, and stable monetary policies, it was pointed out.