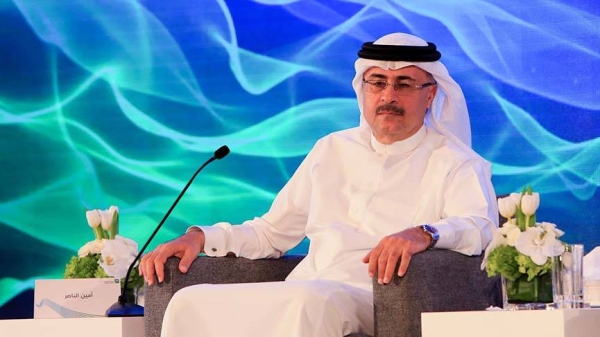 CEO and President of Saudi Aramco Amin Nasser said that the company cannot expand production capacity any faster than promised.
"The world is facing a major oil supply crunch as most companies are afraid to invest in the sector as they face green energy pressures," Nasser said.
Aramco is sticking to the target of expanding capacity to 13 million barrels per day (bpd) from the current 12 million (bpd) by 2027, despite calls to do it faster.

Speaking on the sidelines of the World Economic Forum (WEF), Nasser said: "The world is running with less than 2% of spare capacity."

"We were going through an energy crisis because of a lack of investment. And it started to bite following the pandemic," he said.
#Covid