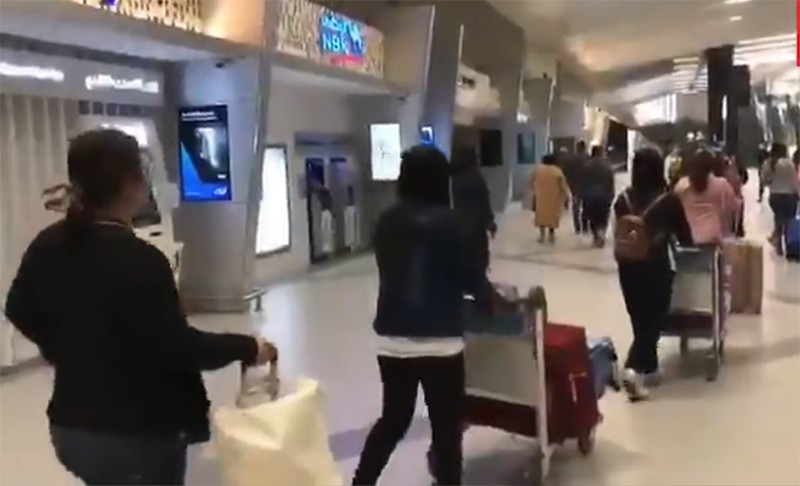 In mid-April, the National Assembly’s Interior and Defense Committee approved a proposal submitted by a member of parliament to allow the issuance of visas for new domestic workers, reports Al-Rai daily.

In this regard, the Economist Intelligence Unit indicated according to this development Kuwait is likely to resume the recruitment of domestic workers, as the sector – and the overall economy – suffers from a shortage of employment, expecting that the government will liberalize the domestic labor sector, while continuing efforts to modify the long-term demographic imbalance.

In 2021, about 41,200 domestic workers left Kuwait, which reflects a broader trend that has been greatly exacerbated by the Covid 19 pandemic – the departure of expatriates since the beginning of ‘Corona’ in early 2020, which caused a severe economic recession, reduced job opportunities in the private sector, and revealed the lack of financial sustainability to absorb more citizens in the overcrowded public sector, while the private sector depends on expatriate workers, prompting the government to speed up the Kuwaitization process. The Economist Intelligence stated that despite the improvement in the financial situation, due to the rise in oil prices, the government continued to implement nationalization policies, adding, “Since it is unlikely that Kuwaiti citizens will carry out household chores, this sector suffers from a significant labor shortage.”

Last January, the government announced that domestic workers would lose their residency permits if they stayed outside the country for more than 6 months. Although this could be seen as a way to quickly return the workers to Kuwait, rather than deporting them from the country, the decision exacerbated the problem of Kuwaiti families who depend on domestic workers during Ramadan, as their wages rose dramatically.

The Economist Intelligence suggested that the National Assembly, which has populist tendencies, and which strongly opposes measures that place financial burdens on Kuwaiti citizens, would soften its anti-immigration stance and cooperate with the government to reform the visa system for domestic workers and allow them to be brought in.

The Economist Intelligence expected that the government will amend visa regulations and seek to correct the imbalance in the domestic labor sector, but it is nonetheless likely that the authorities will continue to implement policies designed to replace foreign workers with nationals in their quest to reverse the 70-30 ratio of citizens to expatriates, which will continue causing labor shortages in several sectors. The latest development confirms the unit’s expectations that foreign labor will continue to be a central issue in domestic politics throughout the forecast period for 2022 to 2026.