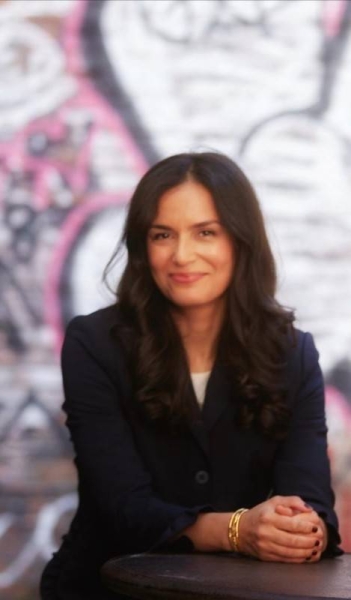 The US town of Wilbraham in Massachusetts proclaimed June 29, 2021, as the “day to commemorate Saudi students Theeb Al-Yami and Jaser Al-Rakah” for their bravery when they sacrificed their lives while rescuing flashflood victims.
Theeb and Jaser, both engineering students in the United States, drowned on June 29, 2018, while saving an American family and their children from drowning when they were overwhelmed by sudden strong currents in the Chicopee River in the town.

This marked a token of honor and appreciation from the part of Wilbraham municipality for the heroic sacrifice of Theeb and Jaser, who responded to the call of help to perform their humanitarian duty, risking their lives to save the lives of people that were total strangers for them.

Cynthia Hazar Fareed, an Arab American attorney based in New York City, represents the families of the deceased Saudi cousins from the southern Najran region.Cynthia was the unknown soldier who worked hard silently and made relentless efforts with the town’s municipality to secure this historic proclamation of honor, the first of its kind, awarded to citizens of Saudi Arabia in the United States of America.

Speaking to Okaz/Saudi Gazette, Cynthia said that the family of Theeb and Jaser are deeply moved by the Massachusetts town’s historic proclamations honoring their beloved sons’ heroic and selfless sacrifices to save the drowning children.

“I am very much honored to have helped achieve these historic proclamations for the families. This will ensure that Theeb’s and Jaser’s great spirits and their heroic sacrifices are always remembered, and that they will always remain forever in our hearts here in the US and around the world,” she said.

Cynthia gave a speech at the town’s honoring ceremony, in which she said: “Theeb Al-Yami and Jaser Al-Rakah died heroes, saving the lives of total strangers, some of them children, who were swept by the sudden strong currents in the Chicopee River.“Theeb and Jaser, both engineering students, drowned so that others in their community could live.”

“On behalf of their families, who are joining us in this ceremony virtually from Saudi Arabia, I want to thank the Town of Wilbraham for today’s proclamations honoring Theeb’s and Jaser’s courage, selflessness, and ultimate sacrifice.

“Their families’ pain will never go away but Wilbraham’s public recognition of what their sons did, to help others, brings a sense of pride and comfort.”

She noted in her speech that the name Theeb means wolf in Arabic. “Wolves in the wild are known to sacrifice themselves to save others in their pack. Theeb considered strangers in distress to be members of his pack, and he sacrificed himself for them.”

She added: “The name Jaser in Arabic means ‘fearless.’ Jaser certainly personified his name when he jumped in that river with no thought for his own safety or wellbeing. Two young men from Najran, Saudi Arabia, whose fates put them in a position to make a difference, chose to help their fellow man even though it meant losing their own lives.”

She concluded by saying, “May today’s proclamations honoring the memories of Theeb Al-Yami and Jaser Al-Rakah remind us of this truth, and may their example serve as a beacon for greater understanding, respect, and love — both for and among all peoples.”

The Custodian of the Two Holy Mosques King Salman had awarded posthumously the martyrs Theeb and Jaser the King Abdulaziz Medal of the first degree in honor of their heroic work.

Former US President Donald Trump had sent cables to the families of Theeb and Jaser, offering sincere condolences and praising the humanitarian work and sacrificing their lives to save an American family and their children.
#Donald Trump