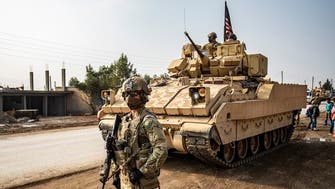 US military forces and their allies in Iraq and Syria killed almost 700 ISIS operatives, including several of the organization’s leaders, in 2022, according to the US Central Command.
“The emerging, reliable, and steady ability of our Iraqi and Syrian partner forces to conduct unilateral operations to capture and kill ISIS leaders allows us to maintain steady pressure on the ISIS network,” Major General Matt McFarlane, commander of a combined task force in Syria and Iraq, said in a Centcom statement released Thursday.

According to the statement, 466 ISIS operatives were killed in Syria, and another 220 in Iraq. A total of 374 militants were captured in both countries.

“No US forces were injured or killed in these operations,” Centcom said.

Last February, ISIS leader Abu Ibrahim al-Hashimi al-Qurayshi was killed in northwestern Syria when he detonated a bomb in his apartment as US forces closed in, eliminating what President Joe Biden called a “major terrorist threat.”

Al-Qurayshi had taken over as leader of the terrorist group after his predecessor, Abu Bakr al-Baghdadi, was killed in a US raid in 2019, also in Syria.

In July, the US military said it had killed a top ISIS leader and seriously wounded another in a drone strike in Syria.
Centcom, which covers the Middle East as well as Central and South Asia, said in the Thursday statement that more than 20,000 ISIS fighters have been detained in Iraq, and another 10,000 in Syria.

In January, a prison break in Al-Hasakah, Syria, touched off a battle in which hundreds died.

General Michael Kurilla, head of Central Command, warned in the statement that while ISIS has been weakened, “the vile ideology remains unconstrained. We must continue to pressure ISIS through our partnered operations.”
#Joe Biden