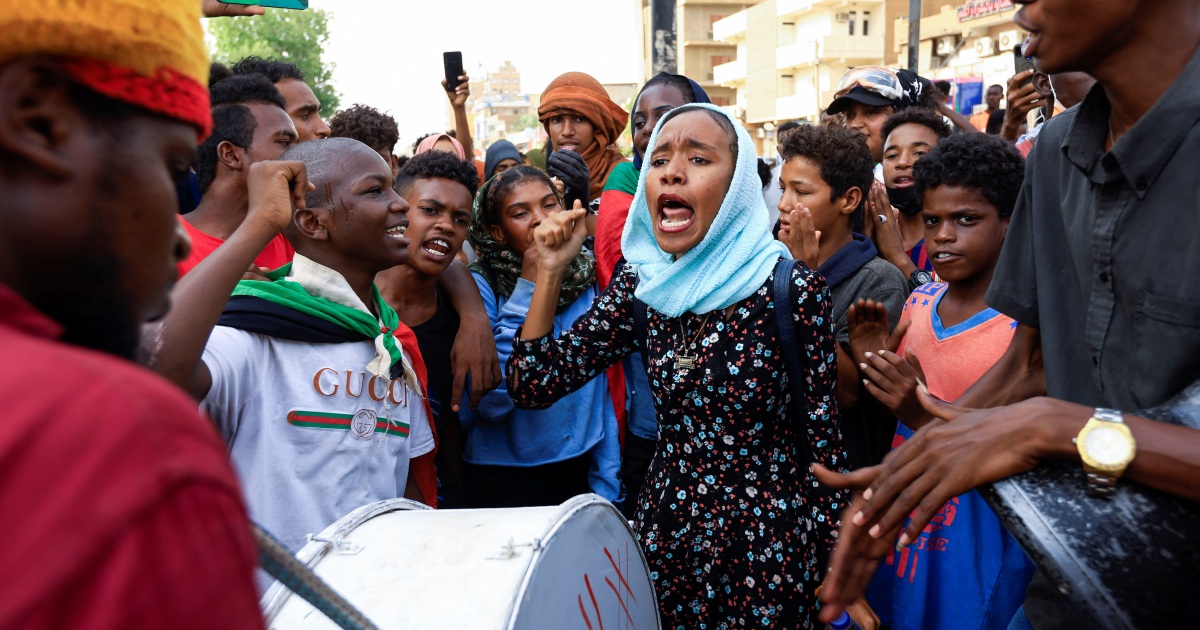 Thousands of protesters have taken to the streets in Sudan’s capital, a day after nine people were killed in demonstrations against the country’s ruling generals.

The United States and others in the international community condemned the violence in this East African nation, which has been rocked by near-weekly protests since an October 25 coup upended its fragile transition to democracy.

Sudanese military authorities have met the protests with a deadly crackdown, which has so far killed 113 people, including 18 children.

In and near Khartoum on Friday, large funeral marches took place for some of those killed the day before, while others gathered after morning prayers at mosques in the country’s capital. Online, photographs of the dead were posted, in some cases in an effort to identify them.

The Sudan’s Doctors Committee, a medical group that monitors casualties from demonstrations, said security forces shot and killed nine people, including a child, in or near Khartoum during the rallies on Thursday.

The demonstrations coincided with widespread internet disruptions. Internet monitors and activists have said the government has crippled communications to prevent gatherings and slow the spread of news on days when large protest turnout is expected.

Sudan’s leading pro-democracy groups — Forces for the Declaration of Freedom and Change and the Resistance Committees — had called for nationwide protests against the coup.

Since the coup, the UN political mission in Sudan, the African Union, and the eight-nation East African regional Intergovernmental Authority on Development group have been trying to broker a way out of the political impasse. The talks have yielded no results so far.

In a joint statement on Friday, the three bodies expressed “disappointment over the continued use of excessive force by security forces and lack of accountability for such actions, despite repeated commitments by authorities”.

Dallia Mohamed, a former journalist in Khartoum, said it has been eight months of “straight protests” and people in Thursday’s rally were “more resilient”.

“They were more adamant with their calls and what they want … which is a civilian rule and for the army to go back to the barracks,” Mohamed told Al Jazeera.

The protesters’ demands are “very clear”, she said, adding that they have “never wavered from their demands”.

“They want a civilian government.”

Thursday’s protests also fell on the third anniversary of a 2019 rally that forced the generals to enter negotiations with pro-democracy groups and sign a power-sharing agreement that was expected to govern Sudan during a transitional period, until general elections were to be held. The coup last October scuttled this arrangement. 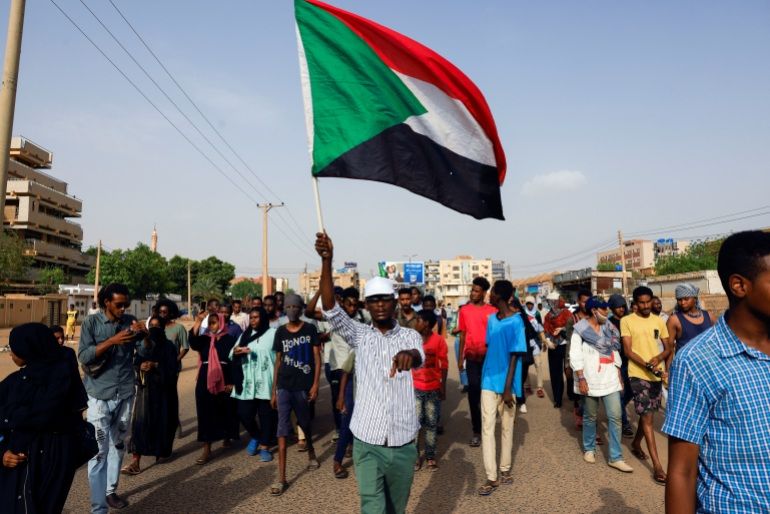 Protesters commemorated the third anniversary of demonstrations in Khartoum

Western governments have repeatedly called on the generals to allow for peaceful protests, but have also angered the protest movement for sometimes engaging with the leading generals. Pro-democracy leaders call for the generals to leave power immediately.

“We are heartbroken at the tragic loss of life in yesterday’s protests,” the US Embassy in Sudan said in a statement on Friday. “We urge all parties to resume negotiations and call on peaceful voices to rise above those who advocate for or commit violence.”

Police said on Friday an investigation was launched after a video circulated online, appearing to show security forces prodding and kicking a badly injured protester in the street the day before.

According to pro-democracy groups, the protester later died. In a statement released on the website of the country’s state-run news agency, police said the video shows security personnel violating orders to not approach demonstrations with firearms. It said those involved would be held accountable.

The country’s interior ministry, which oversees the police, has continuously denied the use of live fire on protesters, despite evidence from activists and pro-democracy groups to the opposite.