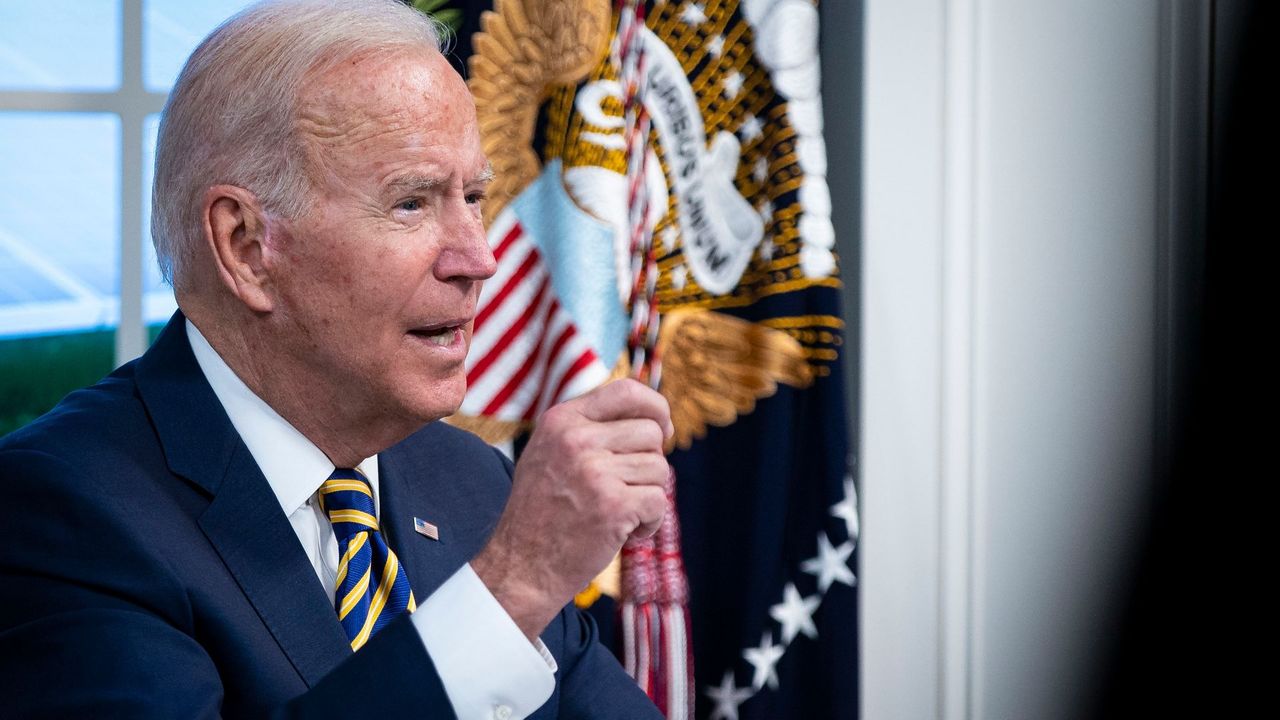 Joe Biden is beginning to feel like an ex-president after only nine months in office. The last two Democrats to occupy the White House, Bill Clinton and Barack Obama, arrived with a spirit of renewal, not to mention tremendous legislative ambitions. Biden came in with a spirit of reversal: he was not Trump. His selling point was ‘competence’. Like Warren Harding a century before, he was meant to usher in a ‘return to normalcy’.
Without ‘competence’ as its rationale, what does the Biden administration have to fall back on?

After Covid and its economic consequences, after the riots that raged in the summer of 2020, normal sounded good enough. Yet that was more than Biden could deliver. What everyone had hoped would be the end of Covid has turned into an endless war on Covid instead: more masks, more shots, more closures. The war in Afghanistan which Biden did bring to a close saw our side defeated, our honour stained. Violent crime in many of our riot-ravaged cities is back to levels not seen since the 1990s, while prices in the grocery store haven risen at a pace reminiscent of the Jimmy Carter era. Normal has never seemed so far away.

Without ‘competence’ as its rationale, what does the Biden administration have to fall back on?

Some Democrats would say ‘Trump’. The ex-president shows every sign of wanting to run again in 2024. Before he does, Democrats will likely lose one or both chambers of Congress in next year’s midterm elections. Clinton and Obama both went on to win re-election after humiliating Democratic defeats in the 1994 and 2010 midterms. But by that point they had achieved all they were going to achieve by way of a progressive legislative agenda.

What are the odds that being the anti-Trump in 2024 will suffice, if Biden doesn’t have a ‘competent’ record for comparison — or accomplishments that motivate the Democratic party’s base? Biden is at the mercy of circumstance: some new normal will arise out of the agony of Covid, but that won’t provide Biden a second chance to make a first impression. Meanwhile, if inflation continues to ravage middle- and working-class pocketbooks, hikes in the minimum wage will be offset by the anger that all wage-earners are apt to feel toward Washington.

Biden’s hand does not get any stronger from here: after his presidential ‘honeymoon’, after the blow to his credibility delivered by the inept way he withdrew from Afghanistan. His first few months in office have reminded Americans of why they had so little faith in the status quo before Trump. And now the country’s pre-Trump leadership, in the form of Joe Biden and his team, has shown that it lacks the particular expertise to meet the challenges that bedevilled Trump in the last year of his term. Biden was a reboot for the establishment, but it immediately crashed again.

Clinton and Obama faced their share of early failures as well. But for them, simply being president solved what had previously been a significant vulnerability: they had each been charged during their first run for the White House with lacking experience or ‘gravitas’. They had charisma enough to win anyway in 1992 and 2008, and when they ran for reelection they had presidential authority to supplement their charm.

Biden ran on experience to begin with — at least he did in 2020, his third time seeking the Oval Office. And while no other office might lend a candidate the authority that he gets from having already been president, none of Biden’s weaknesses are nullified by his experience in the White House. He gains less gravitas from the role than a younger man or an outsider would.

Democrats might see that as a reason to encourage Biden to step down before 2024 in favour of a vice president who is 22 years younger than he is. Never mind that Kamala Harris didn’t win a single Democratic primary in 2020 and what that might say about her electoral appeal. Biden never won a presidential primary in either of his first attempts, either. Harris would have youth on her side in a contest with Trump, as well as the advantages that might accrue from being black and female. Wouldn’t she bring back the black and Hispanic voters that deserted the Democrats and bolstered Trump’s numbers last year?

This would put the Democrats’ faith in identity politics to the test. If it turned out that Harris couldn’t improve on Biden’s performance with blacks and Hispanics, the implications would be ideologically catastrophic. Kamala Harris may not be the politician on whose ballot-box fortunes the Democrats want to stake their coalition.

Biden’s fortunes are deteriorating with little more than sheer good luck holding out a prospect for their improvement. Biden was a successful politician for decades because he understood the Democratic party’s need to present itself as a centre-left party, not a fully left-wing one. He was the author of a crime bill, and even while he reliably supported abortion rights as a senator, he insisted that he privately agreed with the pro-life teachings of the Catholic church. Now Biden is the leader of a party whose activist base takes to the streets to demand the defunding of police, while brooking no dissent, even of simple conscience, on abortion.

Biden can’t conjure back into existence a centre-left party, just as the now firmly- left Democratic party couldn’t conjure up a candidate who could perform better against Trump than Biden. Luckily for them, the 2020 election wasn’t about the Democratic party or Joe Biden: it was a referendum on the incumbent. The bad news for them is that if Joe Biden is the incumbent in 2024, he will need all the luck in the world not to lose. Competence won’t return him to office.
#Afghanistan  #Joe Biden  #Covid