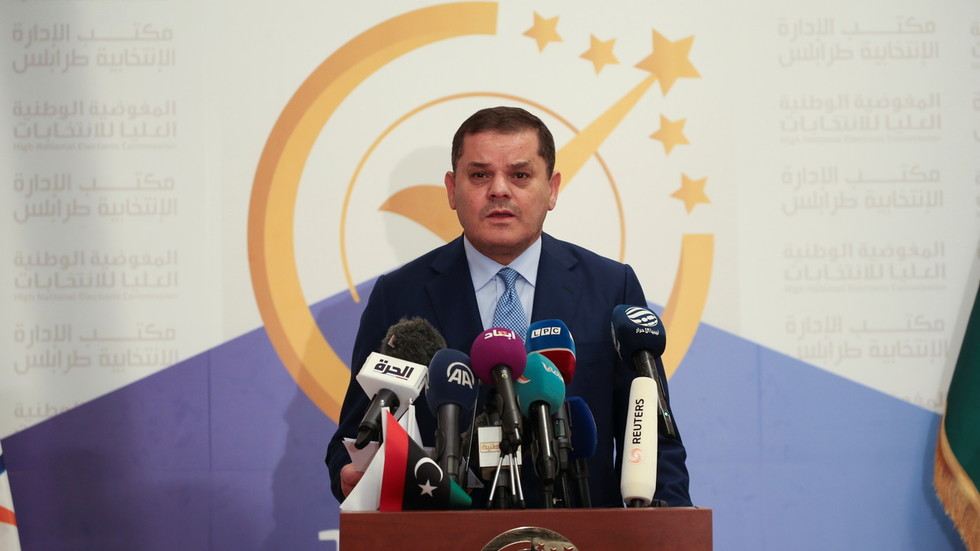 Libyans were today supposed to go to the polls to elect their new president after a decade of war. They won’t be getting that chance thanks to Western-backed proxies stirring up trouble.
It’s been ten years since NATO members, led by the US, France, and Britain, invaded Libya under the guise of protecting citizens from an uprising likely instigated by foreign actors under the cover of the Arab Spring.

According to a memo sent by an adviser to Hillary Clinton on March 22, 2011, while she was US secretary of state, France’s external intelligence service (the DGSE) was meeting with, advising, and funding the Libyan opposition to leader Muammar Gaddafi.

It further noted that “the DGSE officers indicated that they expected the new government of Libya to favor French firms and national interests, particularly regarding the oil industry in Libya.”

The ensuing civil war led to mass displacement of African migrants into Europe, including their trafficking and slavery. Jihadist groups and militias exploited the instability, while the United Nations backed a Government of National Accord in Tripoli whose legitimacy wasn’t accepted by most Libyans, who viewed the House of Representatives in Tobruk as the only legitimate representation of the people.

Fighters for the two governing entities emerged to battle each other for military and geographic supremacy. On one side, Prime Minister Fayez Al-Sarraj benefited from his officially recognized status to call on Turkey for help in establishing military dominance over domestic opposition fighters. In response, Turkey decided to kill two birds with one stone by exfiltrating Syrian ‘rebel’ jihadists – once backed by the Pentagon in a pricey, failed attempt to overthrow Syrian President Bashar Assad – into Libya where they could continue to serve as cannon fodder in another jurisdiction.

On the other side, Libyan Field Marshall Khalifa Haftar was more discreetly backed by a contingent of global actors, including France, the US, and Russia. Some Syrian military officers, who also supported Haftar, ended up fighting their countrymen imported by Turkey into Libya.

So basically, these major world powers were backing Haftar while paying lip service to his UN-backed opponent under whom jihadist militias were running roughshod over the country. Eventually, the endless fighting gave way to a stalemate and an interim government and a fragile peace process with the ultimate goal of electing a new president and parliament.

A source close to the main contenders told me, “Haftar is a natural candidate since, as French Foreign Minister Jean-Yves Le Drian underlined when he was accused of supporting Haftar: Haftar is part of the problem and is a solution to the problem. Like him or not, he controls 60% of Libyan territory. It controls all of the country's oil and gas wealth … so he has the economic and military weapons.”

Haftar also worked with the CIA against Gaddafi toward the end of the last century, became a US citizen with a home in Virginia, and those who know him privately tell me that he admires former French president and general, Charles De Gaulle, best known for a pragmatic, independent approach between Russia and NATO. The International Criminal Court is also investigating Haftar for extrajudicial killings and war crimes. In the United States, he’s subject to three legal actions on the same grounds, made possible by his dual Libyan and American nationality. But neither the Libyan Electoral Commission nor the people seem sufficiently moved by these considerations to exclude his candidacy.

Gaddafi is also under an arrest warrant from the ICC for “crimes against humanity” against those involved in the coup against his father. Of Gaddafi, my source said, “I was amazed that Gaddafi took the risk of being a candidate because he has supporters, but there is also a hatred of what his father stood for. If he is a candidate, there is a risk of an attack or damage to his life. So he took this risk, he's brave. His tribe is an important tribe in Libya: the Khaddafa. He will play a role.”

As for Dbeibeh, the businessman and former ally of Muammar Gaddafi is widely viewed as a competent and credible aspirant to the presidential role.

But unfortunately all three hopefuls will have to wait at least another month, as it was announced this week that the December 24 first round of voting is now postponed, with “mobilizations of armed groups in Tripoli” cited as a primary driver.

So who could be behind the postponement? Perhaps actors who don’t want any of the frontrunners to take the reins in Libya? What we do know for sure is that it’s the Western-backed militias, who have wreaked havoc everywhere from Syria to Libya in the interests of eventually creating climates favorable to future puppet leaders with no regard for the people’s wishes, who are acting up again. And it’s happening just as the Libyan people are about to choose their own fate – one that risks flying in the face of Western interests.