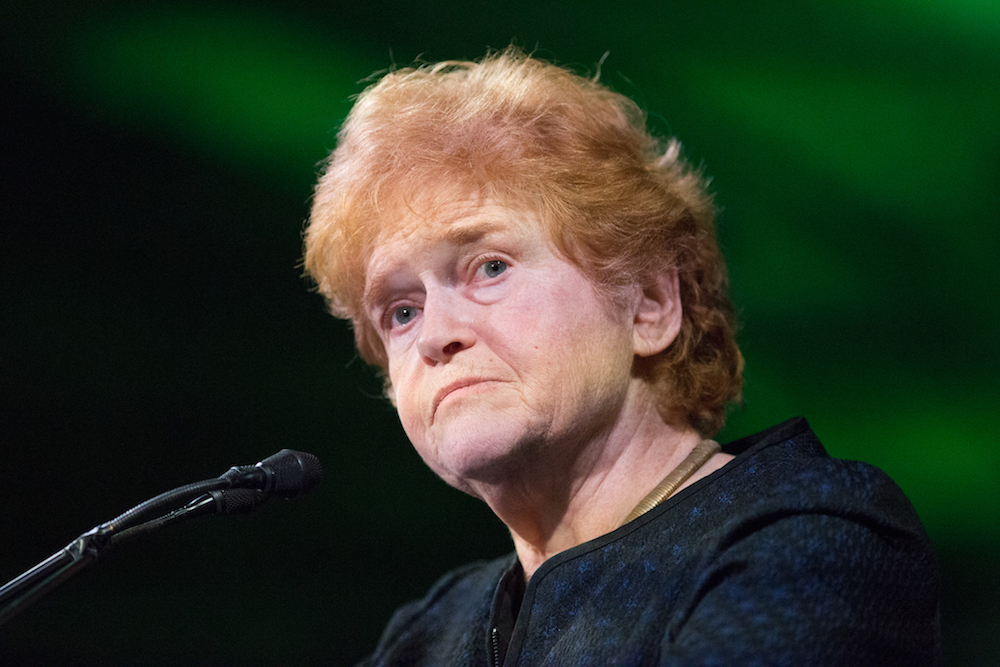 Ambassador Deborah Lipstadt, US special envoy to monitor and combat antisemitism, said in an interview with Arab News that openness and honesty when addressing important topics such as antisemitism or hate of Muslims is how change can happen.

Repeatedly confronted by real-world antisemitism, she is perhaps best known for the libel suit filed against her, in the UK, by the Holocaust denier David Irving. Lipstadt won the case in 2000, with the judge describing Irving as a “neo-Nazi polemicist” who engaged in “racist and antisemitic” discourse.

Lipstadt’s visit comes ahead of US President Joe Biden’s trip to the Kingdom next month and at a time when US-Saudi relations have been in “one of the downs,” as Prince Turki Al-Faisal said in a previous interview on Arab News’ “Frankly Speaking” when describing the fluctuating but strategic relationship.

On May 24, Vice President Kamala Harris swore in the Emory University historian and professor as special envoy. Only a month later, she made her first international trip to the Kingdom, telling media outlets that “Saudi Arabia is a very important country in the Gulf and it has shown a willingness and openness to hosting me.” 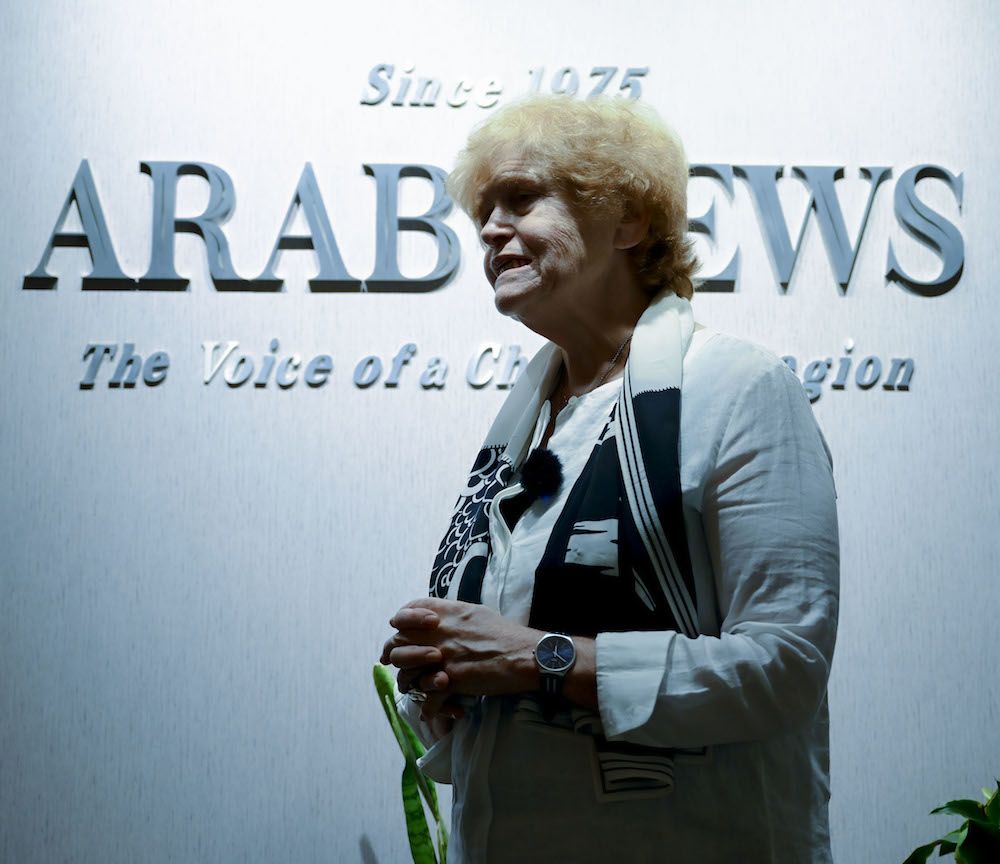 Lipstadt on the sidelines of a roundtable discussion held at Arab News headquarters in Riyadh.

On the sidelines of a roundtable discussion held at Arab News headquarters in Riyadh, she noted how “depiction of the Jew, that in years past, often decades passed, the Jew was demonized. The Jew was spoken about in very derogatory language and that had its impact outside the Kingdom in the rest of the Muslim world.” She added that she has observed the change in notion and was “exceptionally encouraged” upon meeting people who recognize the need for change.

For years, interfaith dialogue has been encouraged with various religious groups, scholars and leaders alike. Open dialogue is a means of acknowledging and getting to the root cause, as Lipstadt said in the roundtable, and understanding how “prejudice operates, the way in which Jew hatred or antisemitism operates. And more importantly, the way in which hatred of one group morphs into hatred of another group, that the same operating principles in every prejudice, whether it’s racism, whether it’s antisemitism, whether it’s hatred of Muslims, whatever it might be, that it operates the same way.”

She added: “You can’t take what I call a silo approach — I fight one, but not the other. You have to fight across the board, but you also have to take them seriously. And too often there’s been a failure to certainly take antisemitism seriously in many countries. And what I have found so interesting and encouraging here in Saudi Arabia is the way in which things are changing.”

Religious and interfaith scholars believe that such discussions and cross-cultural dialogues build bridges, promote peace and are a means toward ending ancient animosities.

In 2016, the American Jewish Committee and the Islamic Society of North America announced a seemingly unlikely alliance of 31 members that included Imam Mohammed Magid and Lipstadt. The announcement came amid growing xenophobia and anti-Muslim rhetoric in the US and across Europe.

Europe and the US have taken different approaches in the postwar era on hate speech and antisemitism, with some European countries making Holocaust denial illegal.

"My country is not perfect. And my president, the secretary of state to whom I report and other leaders acknowledge our shortcomings. And we don’t go out preaching to the world ‘we’re perfect and you should change.’ But what we’re saying is these are issues that concern us within the boundaries of the US and concern us outside the boundaries of the US,” said Lipstadt.

“We don’t come to preach. We come to talk and to teach, and to explore together how things can be made better.” 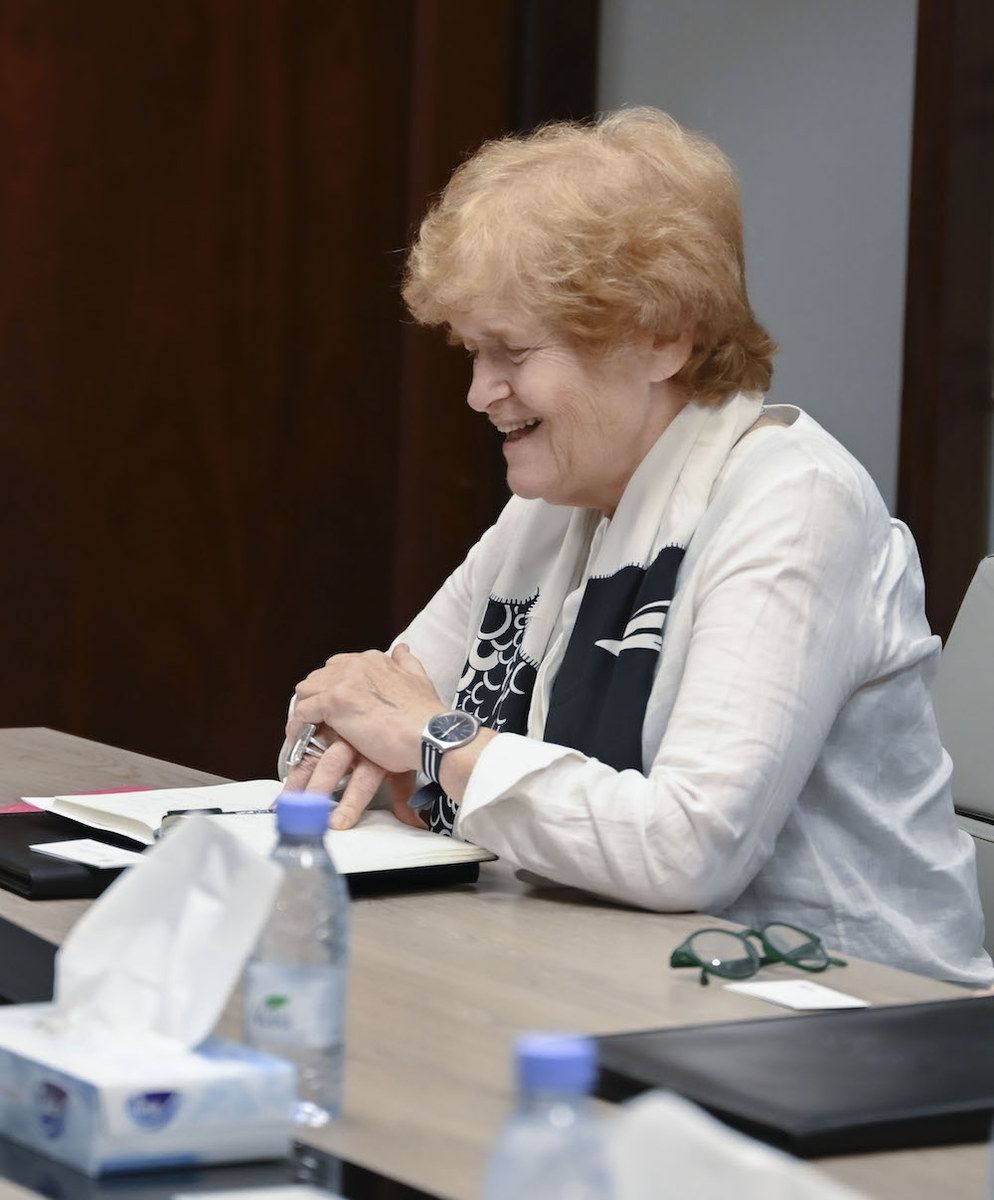 Ambassador Deborah Lipstadt’s visit comes ahead of US President Joe Biden’s trip to the Saudi Arabia next month.

One of Lipstadt’s main fields of expertise is in serving the Holocaust cause. For decades and over several administrations, she was a historical consultant to the United States Holocaust Memorial Museum. Bill Clinton and Barack Obama both offered her presidential appointments to the United States Holocaust Memorial Council and President George W. Bush asked her to represent the White House at the 60th anniversary of the liberation of Auschwitz.

“As a great believer in interfaith dialogue and interfaith work cooperation, it can’t be just dialogue — if it’s dialogue, it’s just words,” she said.

She noted how striking and emotion-provoking Muslim World League Secretary-General Dr. Mohammed bin Abdulkarim Al-Issa’s visit to the former Nazi extermination camp of Auschwitz was for her. Al-Issa joined a group from the American Jewish Committee and prominent Muslim religious leaders in 2020 in what was called an “unprecedented visit.”

“As a scholar of the Holocaust and as someone who has visited there many times, and as a scholar of antisemitism and my knowledge of the change in attitudes and the change in this country and the portrayal of the Jew… I was tremendously moved,” she said. 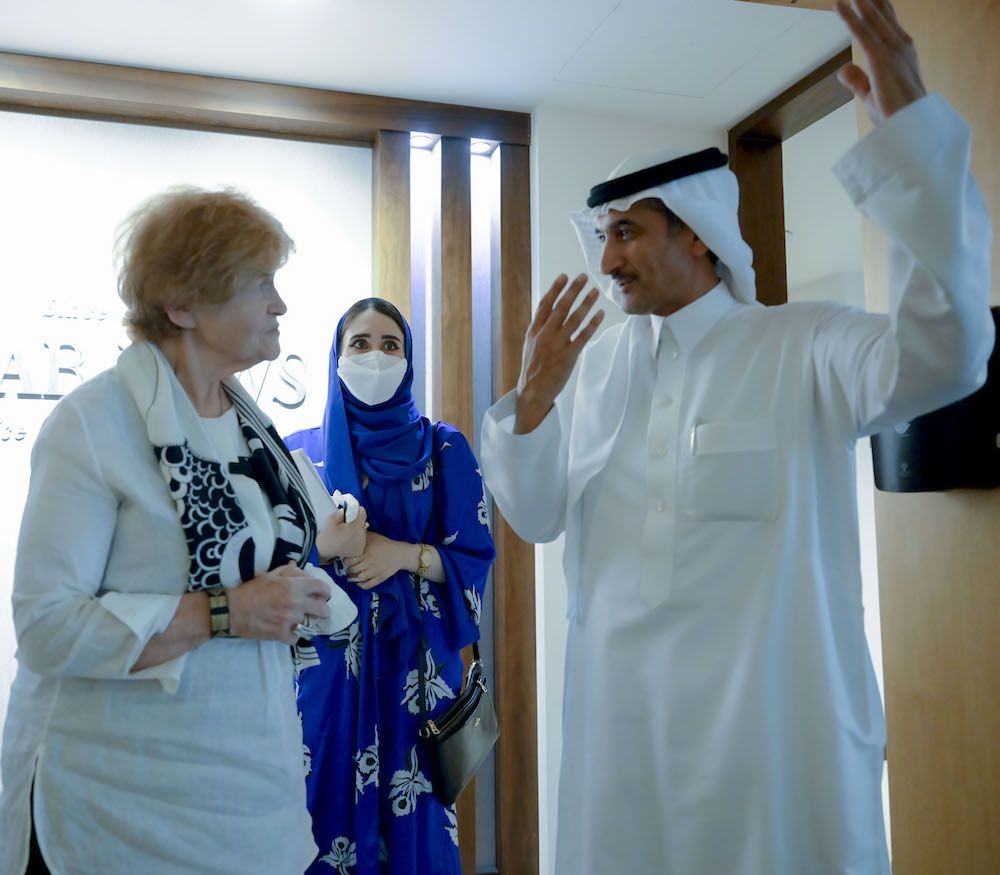 On her first visit to Kingdom, Lipstadt insisted she wanted to “explore together how things can be made better.”

The dialogue surrounding the Israeli-Palestinian conflict has, for some time now, driven a wedge between the religions, with a growing sentiment against all parties involved. Lipstadt believes that people have the issues confused, the political issues in particular, which is something she said “my country takes very seriously.”

“Antisemitism transcends the political issue, the issue of Israelis and Palestinians. It’s not to say it isn’t serious, of course it’s serious, but we can’t wait to address antisemitism until that is resolved. They both should be addressed together,” said Lipstadt.

Saudi Arabia's ambassador to the US, Princess Reema bint Bandar Al-Saud, recently met with Lipstadt and shared with her Saudi Arabia’s meaningful strides in promoting peace, tolerance, and interfaith dialogue.

Lipstadt described the conversation as "wonderful."