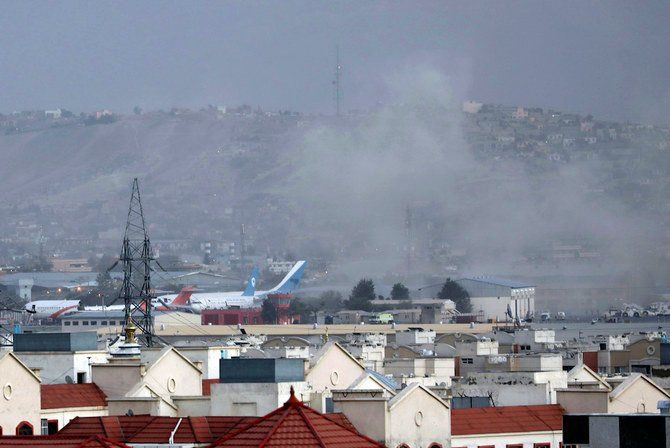 Saudi Arabia on Thursday strongly condemned and denounced the terrorist attack that targeted Hamid Karzai International Airport in the Afghan capital, Kabul, which led to a number of deaths and injuries.
The Ministry of Foreign Affairs said the Kingdom is still closely following the current events in Afghanistan.

Two suicide bombs hit Kabul airport on Thursday, where several countries are trying to mass evacuate diplomats and foreign nationals, in what was described as “a complex attack” by US officials. A number of US military personnel and civilians have been killed.

The Kingdom said it hopes for the situation in Afghanistan to stabilize as soon as possible, while stressing its support for the Afghan people.

The ministry of reiterated that the Kingdom “firmly rejects these criminal acts, which are incompatible with all religious principles and moral and human values.”

The ministry also offered condolences and sympathy to the families of the victims and Afghan people, and wished the injured a speedy recovery.
#Afghanistan