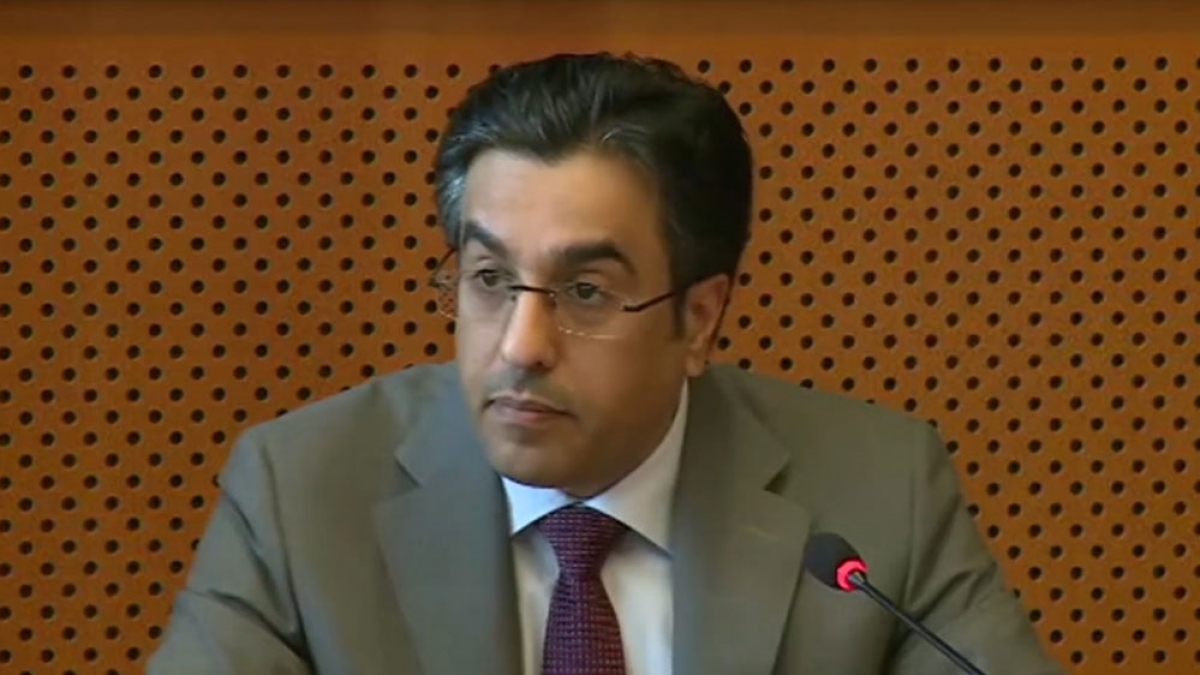 Ali bin Samikh al-Marri says his country accepts constructive criticism but he decries use of ‘statistics [that] lack accuracy’.

Qatar’s labour minister has hit out at Western media for their coverage of the country’s preparations for the football World Cup, days before the Gulf state becomes the first in the Middle East to host the event.

Speaking at a meeting hosted by the European Parliament’s Subcommittee on Human Rights on Monday, Ali bin Samikh al-Marri said that while Qatar accepts constructive criticism, the campaign against his country had recently picked up pace.

Al-Marri in Brussels criticised the coverage of migrant worker deaths in preparation for the World Cup – with alleged figures ranging between 6,500 to 15,000 – as “circulated statistics [that] lack accuracy, credibility and integrity, and are not issued by documented bodies”.

“Every day, we hear a new slander about mortality rates of workers, as if we were in a ‘public auction’,” he said.

“I would like to stress the inaccuracy of these numbers. I would also implore all politicians to refer to official specialised organisations such as the International Labour Organization (ILO) … when sourcing accurate information,” he said.

In February 2021, the Guardian newspaper reported that 6,500 migrant workers from India, Pakistan, Nepal, Bangladesh and Sri Lanka had died in the country since 2010, when Qatar was awarded the World Cup.

The Qatari government has stated that these figures, provided by the respective countries’ embassies, included deaths of people not working on World Cup projects. It said, “The mortality rate among these communities is within the expected range for the size and demographics of the population.”

The government said there were 37 deaths between 2014 and 2020 among workers directly linked to the construction of World Cup stadiums, of which three were “work-related”.

Last month, Qatar’s Emir Sheikh Tamim bin Hamad Al Thani said his country faced an “unprecedented campaign” of criticism in the lead-up to the event, which raised questions “about the real reasons and motives” behind the campaign. Senior Qatari officials have also denounced the “hypocrisy” of people calling for a boycott of the World Cup to protest against alleged human rights in the Gulf country.

On Monday, al-Marri said: “The slanders and allegations against Qatar began to take a different turn in adopting hate and racist rhetoric with the aim of offending the Qatari people and their national team.”

He added: “We will not accept hate speech and systematic racism towards our people, our country and our team, and we call on international human rights organisations to take firm stances against anyone who engages in this attack.”

Qatar’s treatment of migrant workers and its human rights record have been in the spotlight since it was awarded the tournament, leading to calls for teams to boycott the tournament altogether.

The country faced widespread criticism from human rights groups for its previous use of the kafala system – under which workers are tied to an employer whose consent they need to change jobs in the form of a No Objection Certificate (NOC) – a law that rights activists have argued tied their presence in Qatar to their employers and led to abuse and exploitation.

The need for a NOC to change employment was scrapped in August 2020 amid other landmark changes, including the introduction of a minimum wage. Qatar also introduced a minimum wage and new regulations on working in heat, as part of a labour reform process that it said was launched before it was awarded the World Cup.

In his speech on Monday, al-Marri said critics of Qatar were purposely ignoring the country’s labour reforms because “they do not serve their misleading stories”.

The ILO, in a report released this month, said Qatar had made progress in its labour reforms but challenges in their implementation remained. It said the changes have improved the working and living conditions for hundreds of thousands of workers – estimated to form 85 percent of Qatar’s population – though additional efforts were needed to ensure that all workers could benefit.

The World Cup kicks off on November 20, with the opening match seeing the hosts take Ecuador in Al Bayt Stadium. The final will take place on December 18.