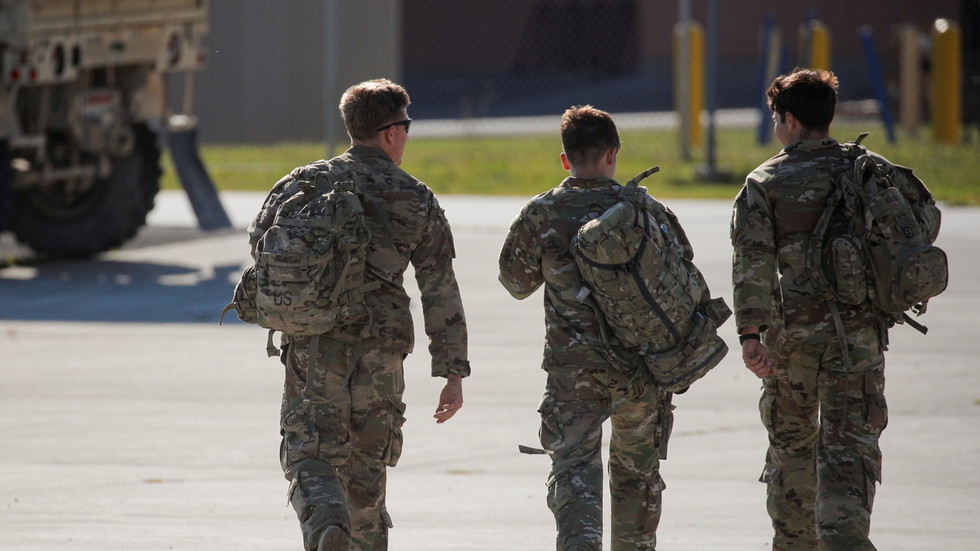 ‘President had set his mind on it’: UK Foreign Affairs Committee chairman says US made ‘mistake’ with Afghanistan withdrawal

Tom Tugendhat, chairman of the UK's Foreign Affairs Committee, criticized the United States’ withdrawal from Afghanistan, calling it a “mistake” and blaming President Joe Biden's increased focus on other regions.
After being asked by Sky News on Sunday why the US “made these catastrophic decisions” in withdrawing from Afghanistan, Tugendhat insinuated that President Joe Biden wanted to focus the country solely on China instead.

“I think the new US administration probably arrived in the White House and realized that the various challenges they had were more severe than they imagined,” he said, noting such challenges as the “technological gap that's shrinking between them and China” and “the different ways in which other powers – China and Russia, but mostly China – are challenging US interests and US allied interests.”

Realizing how “severe” the challenges they faced were, Biden and the US government “decided to focus on it,” which culminated in a speedy withdrawal from Afghanistan, Tugendhat added.

Though Tugendhat insisted that he “can understand the desire to focus on your prime objective,” since “maintenance of the aim is one of the principles of war,” he argued that in this case “the US government made a mistake.”

Tugendhat – who served in the war in Afghanistan as a member of the Territorial Army – blamed President Biden for the withdrawal, concluding, “I think it was very much down to the president” and it was “quite clear that the president had set his mind on doing it and that was that.”

Following the US withdrawal from Afghanistan in August, then-Foreign Secretary Dominic Raab claimed it was a wake up call that the UK's military cannot act on its own and needs to look at its “own capabilities.”

Prime Minister Boris Johnson said there was no interest among the UK's allies for “a continued military presence or for a military solution imposed by NATO in Afghanistan,” and that he does not think “deploying tens of thousands of British troops to fight the Taliban is an option.”
#Boris Johnson  #Dominic Raab  #Afghanistan  #Joe Biden  #Johnson  #Raab