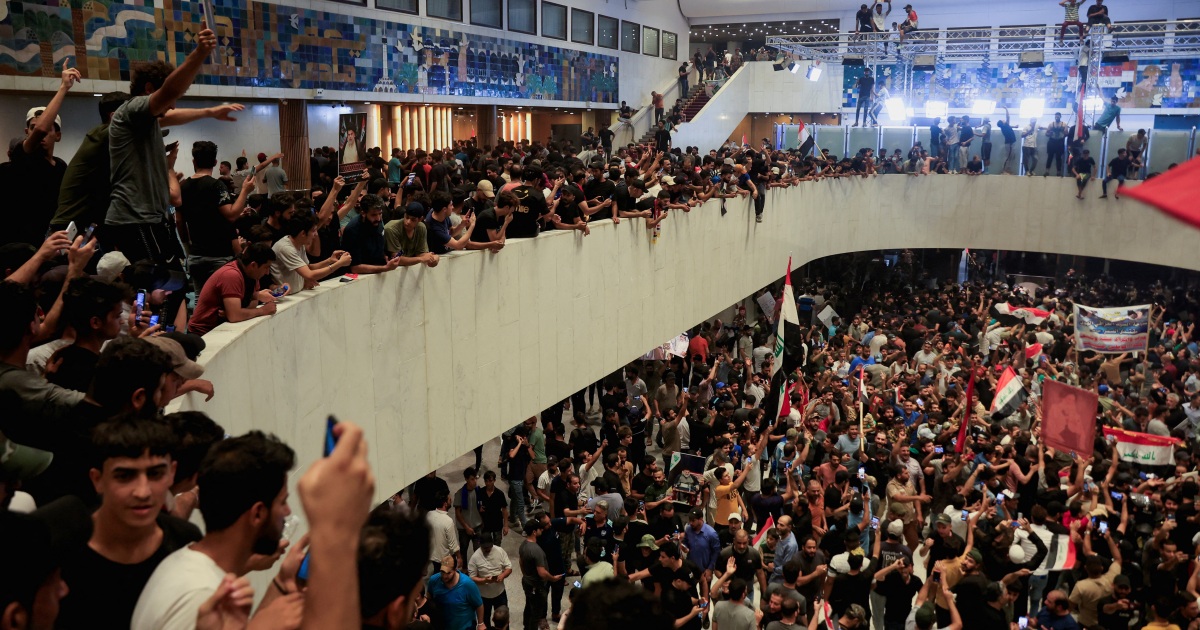 Religious leader al-Sadr’s supporters protest against a nominee for prime minister who he opposes.

Hundreds of protesters, most of them supporters of the powerful Iraqi religious leader Muqtada al-Sadr, danced and sang in the Iraqi parliament after storming Baghdad’s high-security Green Zone in protest against a rival bloc’s nominee for prime minister.

Police fired barrages of tear gas on Wednesday in a bid to stop the protesters from breaching the gates of the heavily fortified Green Zone, but the crowds surged forward and entered parliament.

The protests are the latest challenge for Iraq, which remains mired in political and socioeconomic crises despite soaring global energy prices.

Prime Minister Mustafa al-Kadhimi called on the protesters to “immediately withdraw”, warning that security forces would ensure “the protection of state institutions and foreign missions, and prevent any harm to security and order”.

But it took orders issued by the Shia leader al-Sadr before the crowds of protesters started to leave nearly two hours later.

The protesters oppose the candidacy of Mohammed Shia al-Sudani, a former minister and ex-provincial governor, who is the Coordination Framework alliance’s pick for premier.

The bloc rivals al-Sadr’s for support, and has gained seats in parliament since the resignation of Sadrist MPs in June. However, the storming of parliament is an implicit show of strength from al-Sadr, and a message that, even after the resignation of his bloc, he should not be ignored in political decision-making. 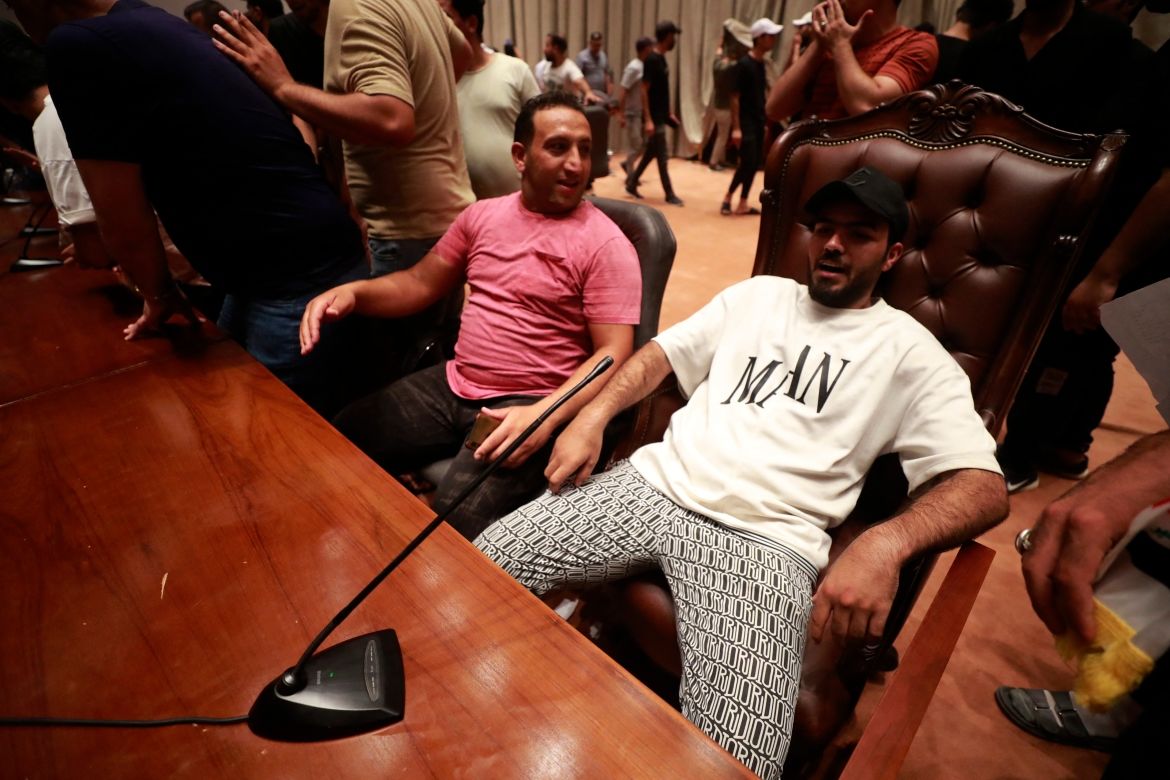 People gather inside the Iraqi parliament, as they protest over a rival bloc's nominee for prime minister. 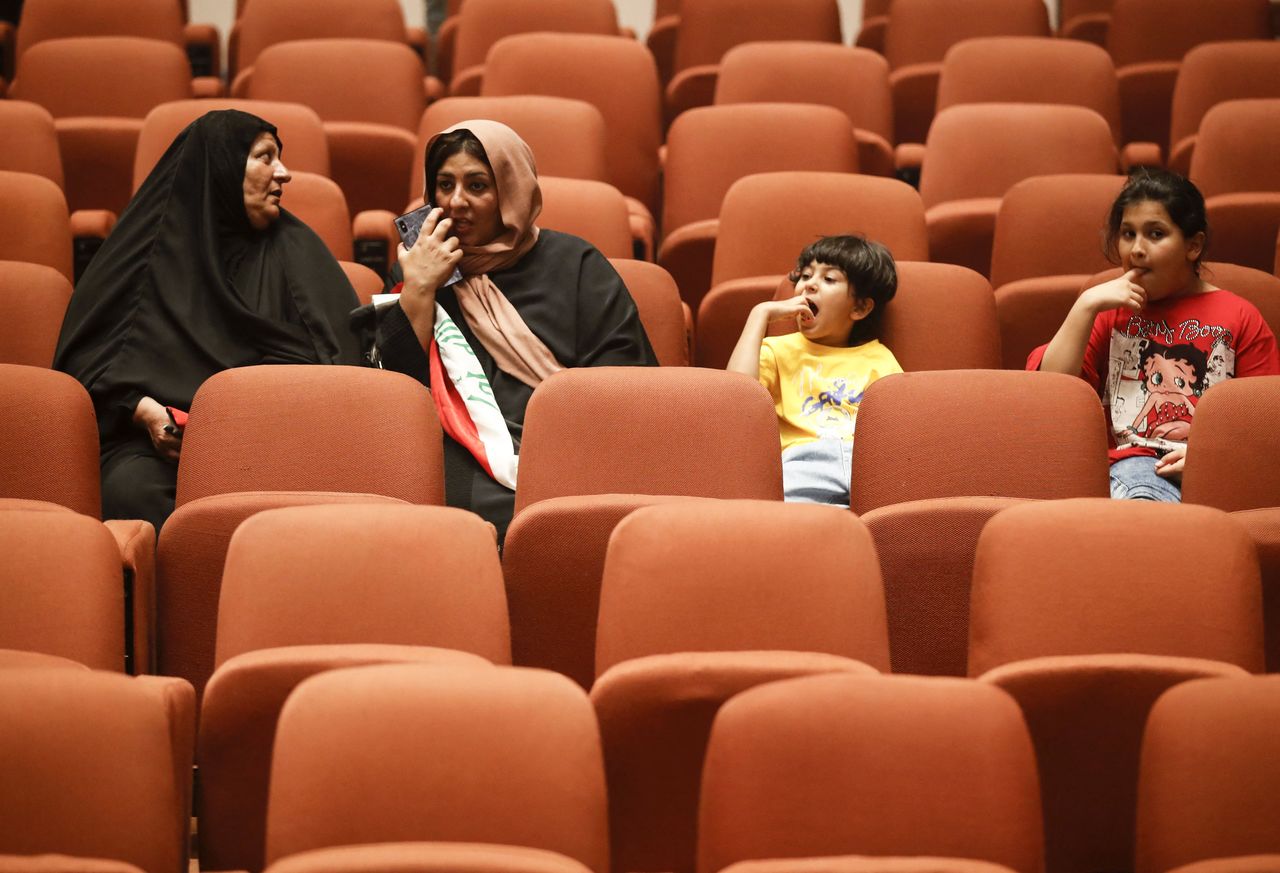 Protesters inside the Iraqi parliament. 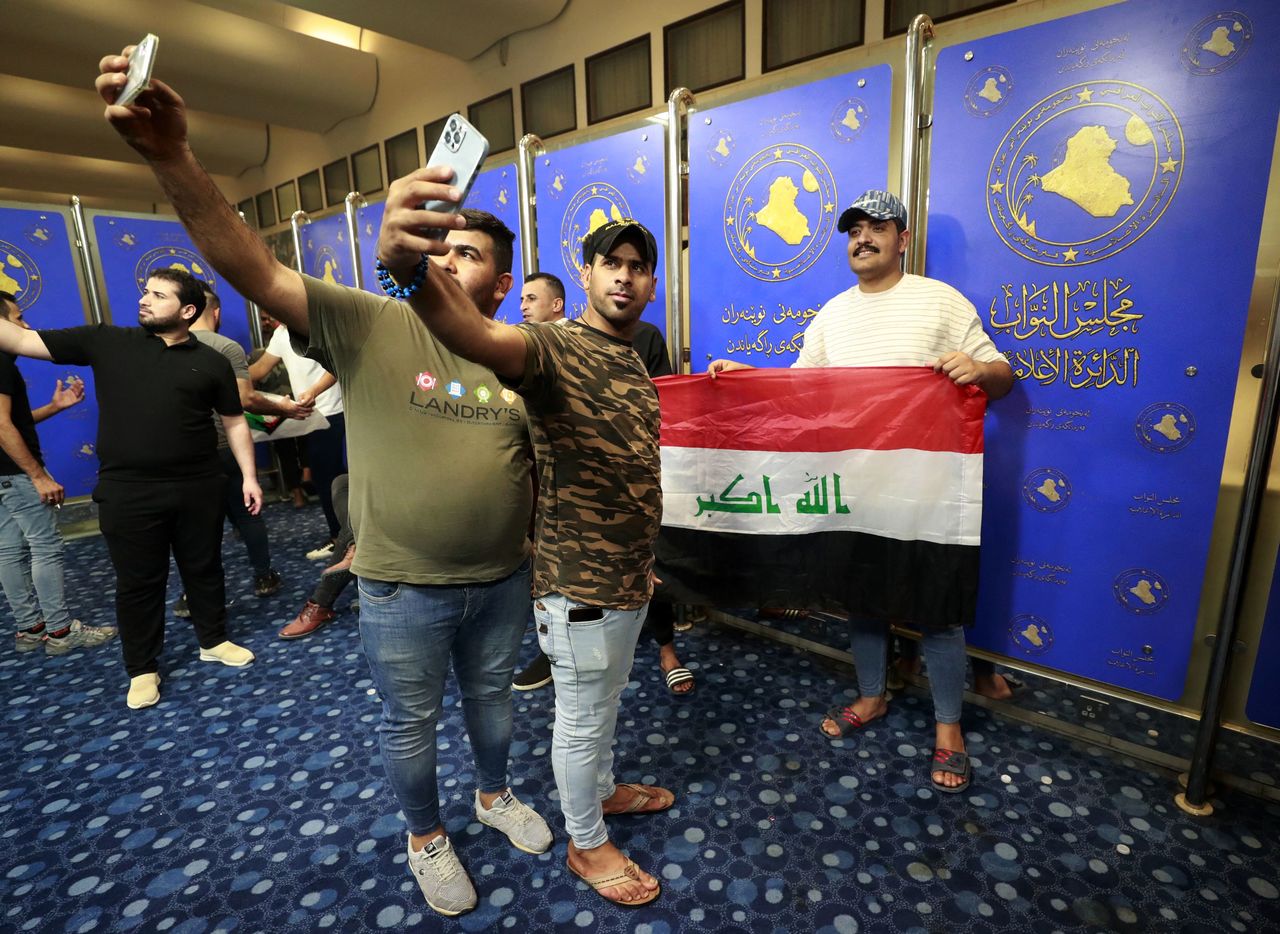 Protesters take pictures inside the parliament. 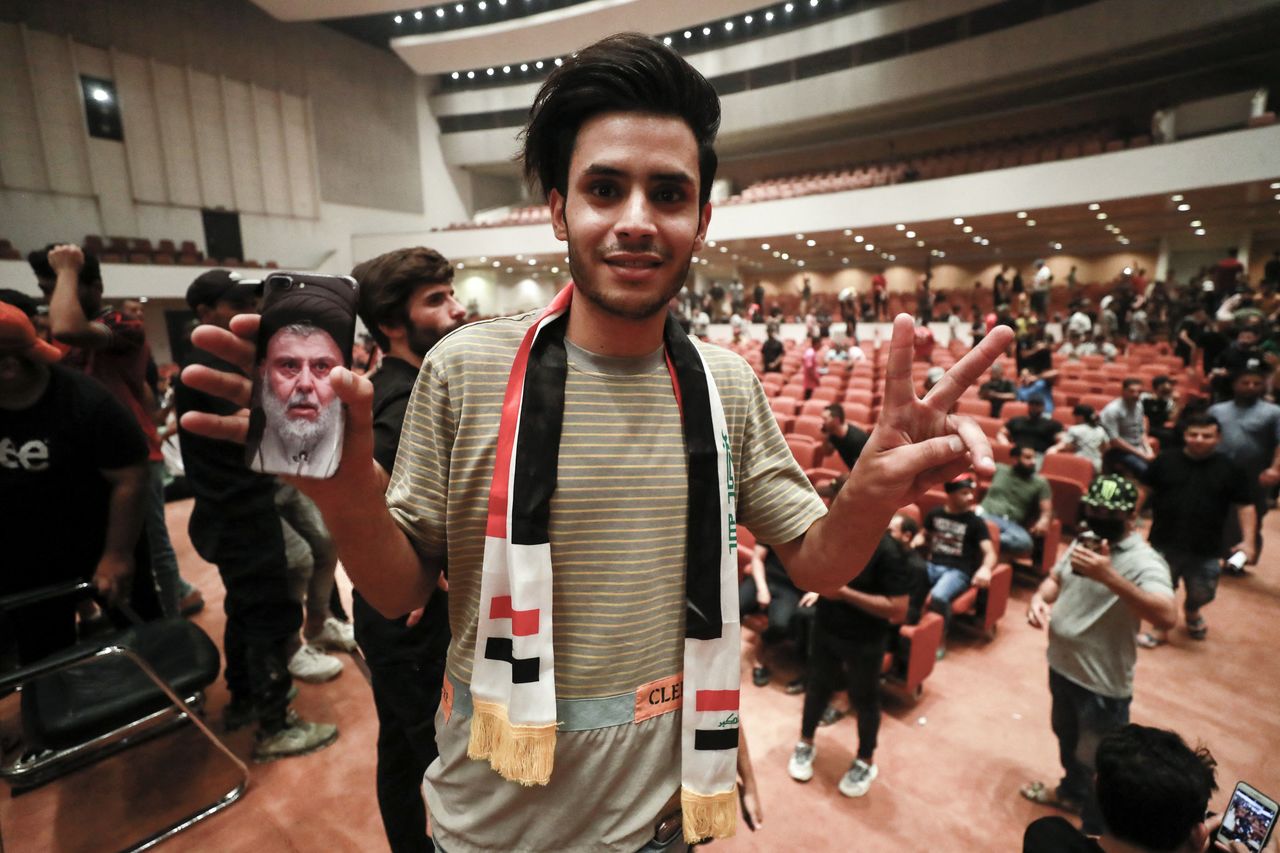 A supporter of the Iraqi religious leader Muqtada al-Sadr flashes the victory sign inside the Iraqi parliament. 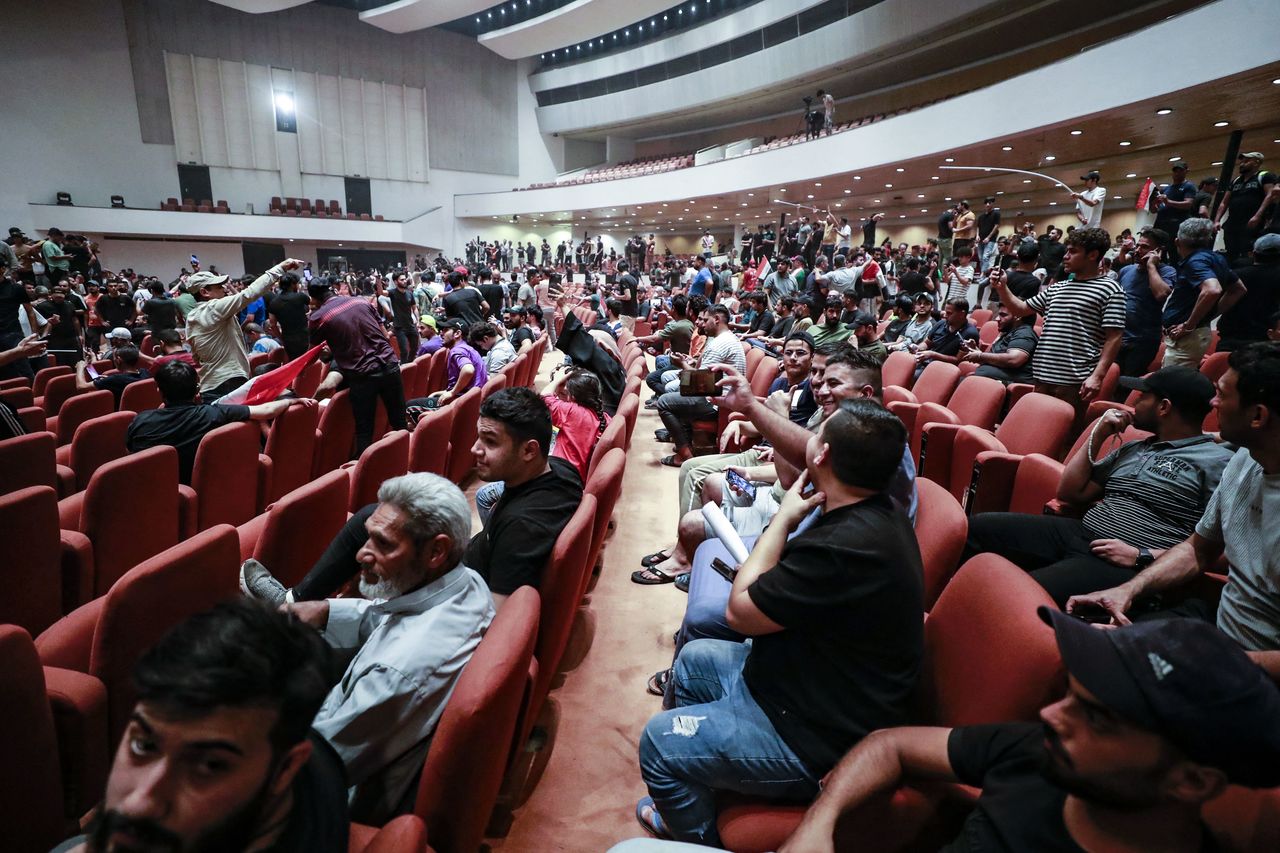 Protesters sit in politicians' chairs inside the Iraqi parliament. 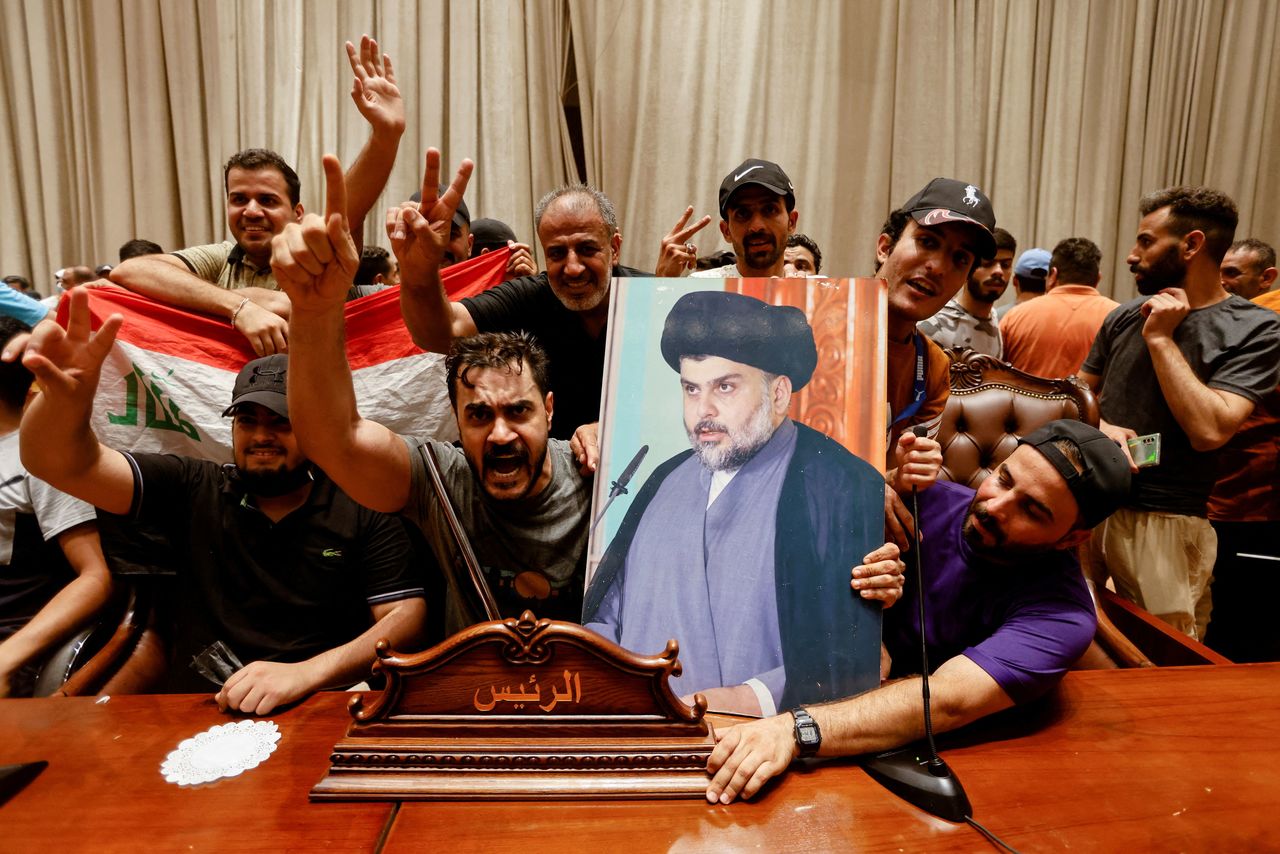 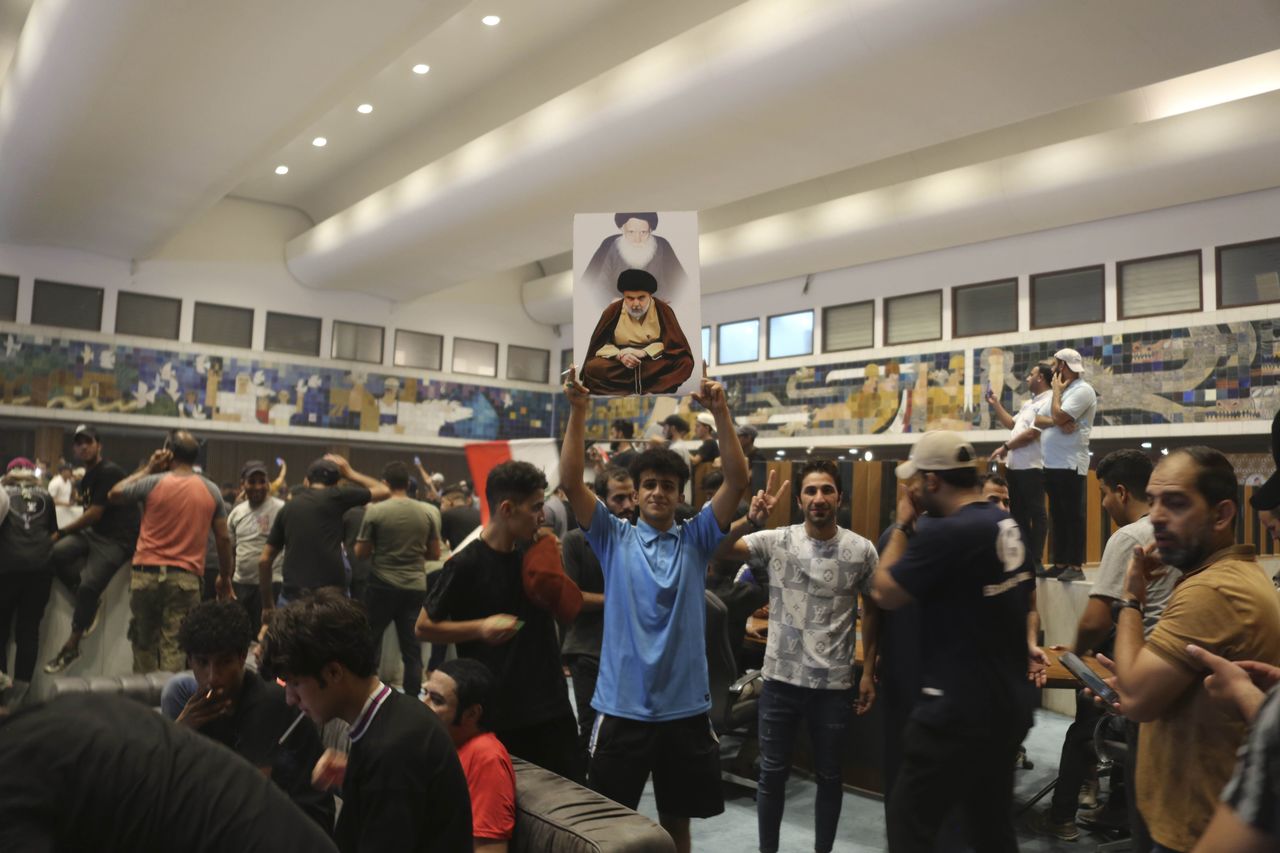 An Iraqi protester holds a poster of Muqtada al-Sadr and his late father Mohammad Sadeq al-Sadr. 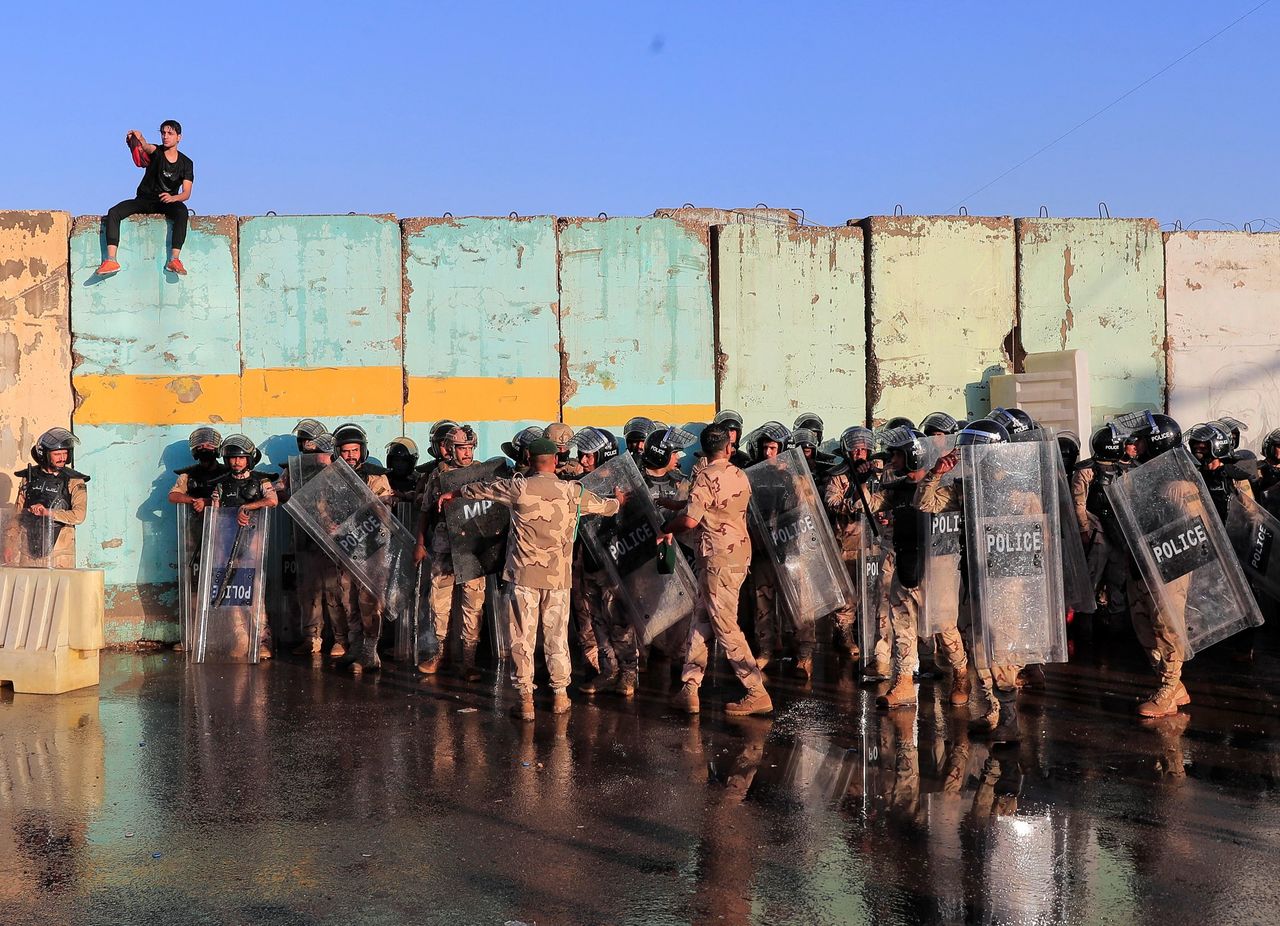 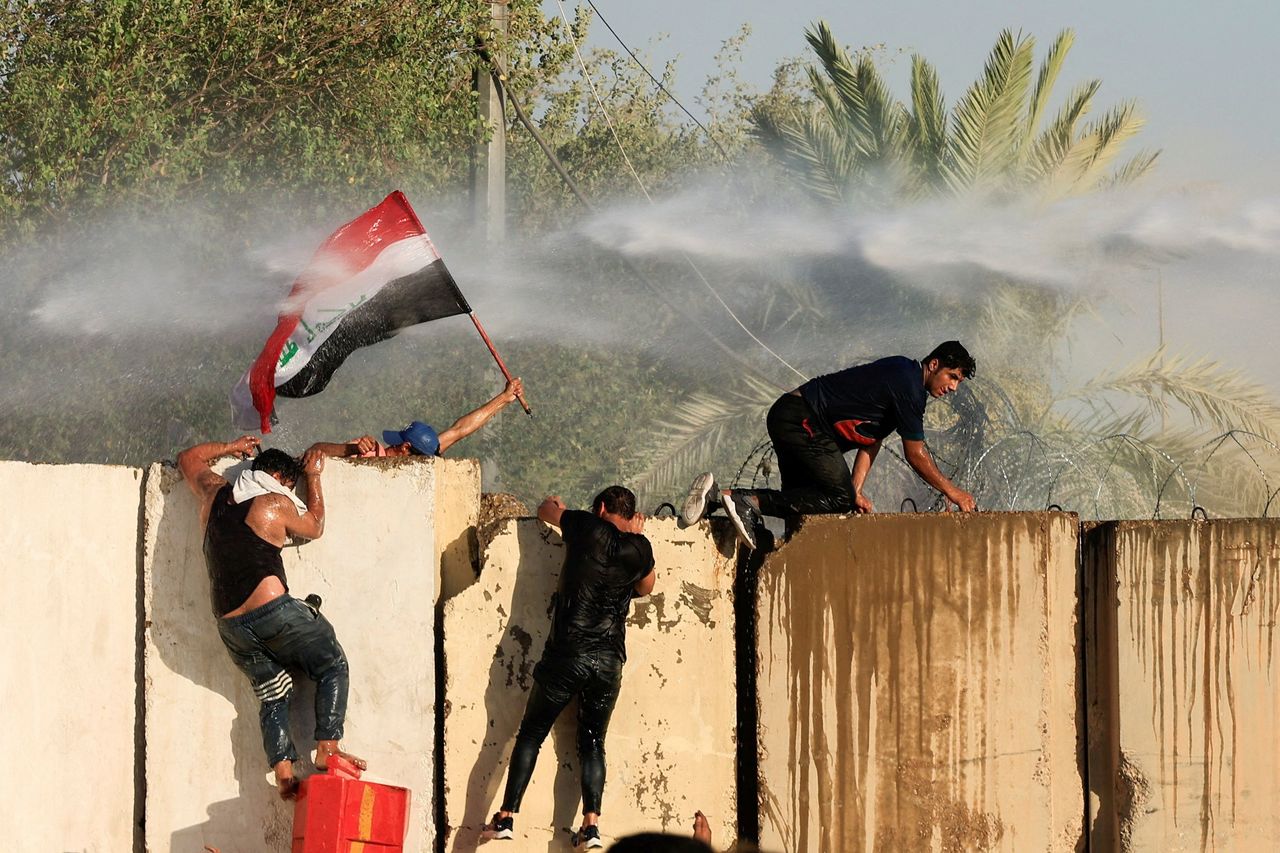