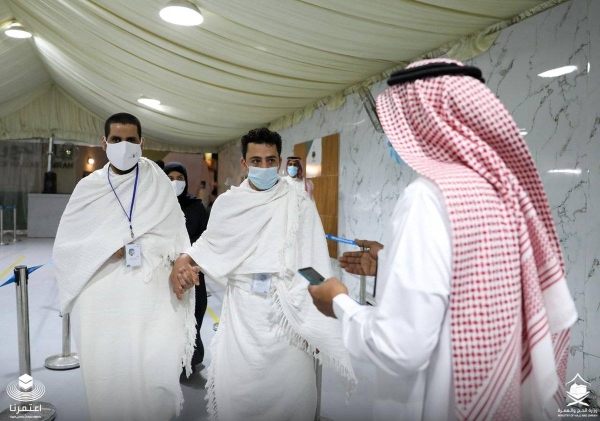 More than 70 million permits were issued to perform Umrah at the Grand Mosque in Makkah and pray at Rawdah Sharif at the Prophet’s Mosque in Madinah during the last season of the year 1443 AH, the spokesperson of the Ministry of Hajj and Umrah Hisham Saeed announced.
The spokesperson made the announcement during an interview with Al-Ekhbarya, where he indicated that the Umrah season during the current year 1444 AH is expected to witness a normal return in the number of pilgrims, after the positive change in health indicators and the removal and easing of many health restrictions that existed during the past two years due to the COVID-19 pandemic.

The spokesman stressed that there is no specific number of pilgrims for each country to perform Umrah, and that those wishing to perform Umrah can apply directly and issue the appropriate visa and enter the Kingdom.

He said that today, July 30, corresponding to Muharram 1, 1440 AH, the new Umrah season has officially started.

He noted that visas have been received from those outside the Kingdom and wishing to perform Umrah since the middle of the month of Dhu Al-Hajj 1443 AH, and today the process of receiving permits of various visas and nationalities has begun.

All those wishing to perform the rituals of Umrah or prayer in the Rawdah Sharif, whether Saudi citizens, residents, and Gulf Cooperation Council countries (GCC) nationals or those with various kinds of visas, can now issue the permits and choose the appropriate times for them through the Eatamarna app or platform.
#COVID-19  #Covid