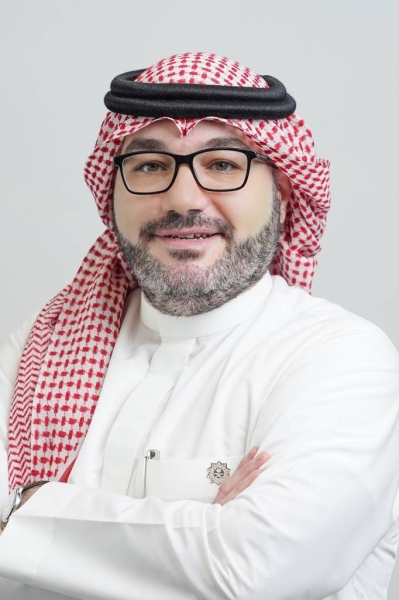 Governments are under pressure to improve service delivery to citizens, as digitalization is radically transforming how people interact with the world, KPMG said in its latest publication, “Voices on 2030: Digitalizing government”.
The publication is based on interviews with the world’s leading public and private sector thinkers’ predictions of the world in 2030, focusing on challenges, successes and risks likely to be faced leading up to 2030. The Governor of the Digital Government Authority, Saudi Arabia and the CEO of NEOM have shared their perspectives with KPMG.

According to Nadhmi Al-Nasr, CEO of NEOM, cognitive cities, such as NEOM, represent a new way of life in 2030, combining cognitive technologies with ports and enterprise zones, research and innovation centers, sport and entertainment venues, and tourist destinations.

“NEOM will be a template for sustainable living, redefining how people live, work and play, all in harmony with nature and powered 100 percent by renewable energy,” he said.

Al-Naser added that NEOM’s cognitive cities were built to respond to the challenges facing humanity yesterday, today and tomorrow.

“Over the last eight years, they created fresh solutions without the constraints of legacy infrastructure. As a result, they were able to experiment and innovate, paving the way to enhance living in the future,” he stated.

Ahmed Mohammed Alsuwaiyan, Governor and Board Member, Digital Government Authority, Saudi Arabia, said the Kingdom has become a pioneering government for an enabled and vibrant society, placing the country among the leading digital governments globally in 2030.

In addition, the government has leveraged the power of data to deliver proactive and automated services that anticipate the needs of citizens.

“Society lives and thrives in harmony with the latest technologies and innovations. From artificial intelligence (AI) to mixed reality, new technologies are normalized, scaled and integrated into our daily lives.”

He advised governments to build digital skills and capabilities across the ecosystem while involving the private sector and civil society in the journey.

The KPMG publication states that digitalization is radically transforming people’s interactions, as new concepts and technologies are becoming enablers to deliver on these expectations.

The private sector players illustrate what will be possible in 2030 and force governments to accelerate their response. They are showing that digitalization can lead to enhanced growth, prosperity, social cohesion and sustainability through the transformative power of emerging technologies and platforms, such as Web 3.0 and Metaverse.

Metaverse is becoming a key channel and technology for connecting people with governments and service providers. Therefore, the governments are advised to act now on pilot projects to explore the opportunities and define customer service, the report concluded.

“The private sector is pushing the boundaries of individual data ownership, blockchain and virtual engagement. Thus, governments should be involved if they hope to be one of the forces that shape this transformation,” commented Ismail Daham Alani, Head of Government and Public Sector at KPMG in Saudi Arabia.

In 2030, the government will be organized around the customer — innovative, resilient and responsive. Moreover, they will be a trusted ally and far more personalized.

Technological change has certainly been a driver of transformation. In the decade leading up to 2030, there will be a shift from Web 2.0 to Web 3.0; the maturation of AI, IoT and quantum computing; the decentralization of data and transactions; and the widespread adoption of cognitive technologies that will ease the human-machine interaction, predict citizens’ needs and wants, and respond to them.

to unlock traditional encryption. Digital IDs will unlock government services, but will enable government surveillance. Such digital IDs — underpinned by secure and controlled data — will help facilitate unprecedented personalization and prediction of services. Governments will become effective, citizen-centric and accessible, with people seeing them as value-adding partners.

Emerging technologies and new, highly decentralized Web 3.0 technologies, such as blockchains, non-fungible tokens (NFTs) and smart contracts, will radically transform how citizens participate in the economy and the way government services are delivered. The etaverse will become the new playground for the ‘creator economy’.

However, technological change will not be the only driver of transformation over the past decade. Many things — from social expectations and ways of working through the ESG agenda and the need for greater trust and security in an uncertain geopolitical environment — will evolve rapidly.

“That said, the interaction between public and private sectors and citizens will become much more collaborative, seamless and data-driven by 2030,” concluded Alani.