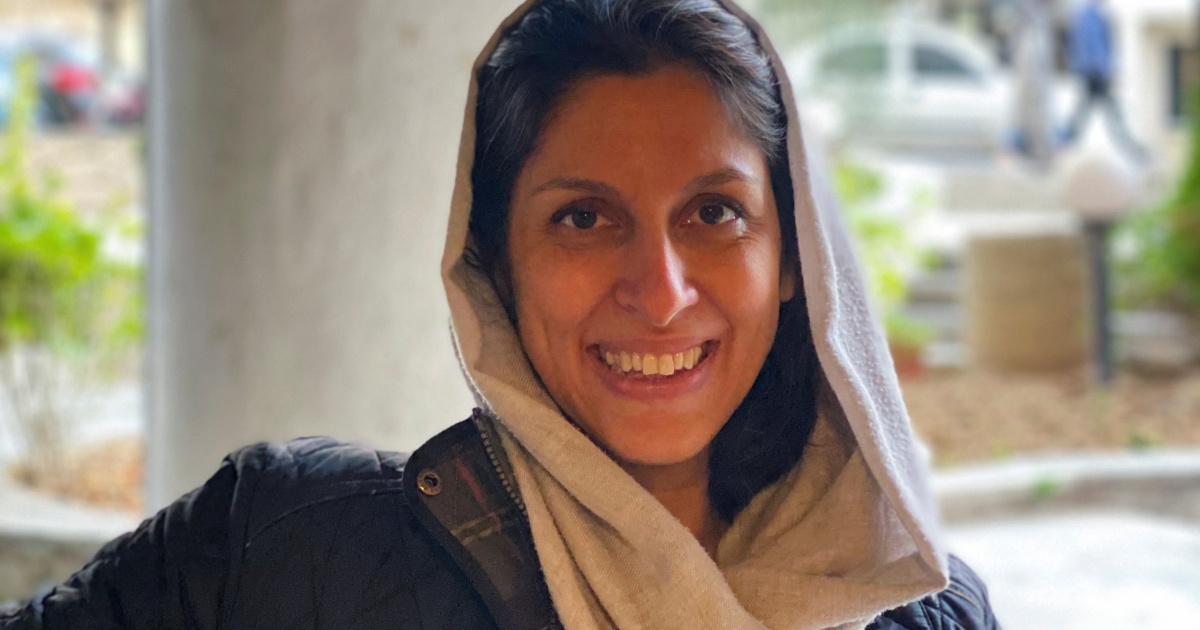 Lawyer hopeful for aid worker’s release almost six years on from her detention.

Iranian aid worker Nazanin Zaghari-Ratcliffe has had her British passport returned almost six years after her detention in Iran, according to a British lawmaker, as Tehran and London pressed on with talks about a longstanding 400-million-pound ($520m) debt.

“I am very pleased to say that Nazanin Zaghari-Ratcliffe has been given her British passport back,” Tulip Siddiq, who is the British member of parliament for where Zaghari-Ratcliffe used to live in London, said on Twitter on Tuesday.

“She is still at her family home in Tehran. I also understand that there is a British negotiating team in Tehran right now,” Siddiq added on Twitter.

Asked if the United Kingdom had a negotiating team out in Iran, Prime Minister Boris Johnson’s spokesman said, “I’m not going to get into further speculation at this point”.

A spokesperson for Siddiq’s office said that the legislator had based her remarks on information from Zaghari-Ratcliffe’s family.

Kermani said his view was based on meetings and discussions he had had with the Iranian judiciary about the case of Zaghari-Ratcliffe, a project manager with the Thomson Reuters Foundation who was arrested at a Tehran airport in April 2016, and later convicted by an Iranian court of plotting to overthrow the clerical establishment.

Her family and the foundation, a charity that operates independently of Thomson Reuters and its news subsidiary Reuters, deny the charge.

“We have long called for the release of unfairly detained British nationals in Iran. We don’t comment on speculation,” a spokesperson for the UK’s Foreign and Commonwealth Office said.

The Thomson Reuters Foundation also declined to immediately comment on Siddiq’s statement. Richard Ratcliffe, Zaghari-Ratcliffe’s husband, did not immediately respond to a request for comment. Iranian officials also did not reply.

Iran’s clerical establishment has said that the UK owes the money that Iran’s shah paid upfront for 1,750 Chieftain tanks and other vehicles, almost none of which was eventually delivered after the Islamic Revolution of 1979 toppled the US-backed leader.

While the British and Iranian governments have said that there is no connection between the debt and Zaghari-Ratcliffe’s case, Iranian state media in 2021 reported unidentified Iranian officials saying she would be freed once the debt was paid.

Iranian officials did not comment when asked whether the amount has been paid by the UK as reported by some Iranian outlets.

Zaghari-Ratcliffe, who served most of her first sentence in Tehran’s Evin prison, was released in March 2020 during the coronavirus pandemic and kept under house arrest at her parents’ home in Tehran. In March 2021, she was released from house arrest, but was summoned to court again on a new charge of “propaganda activities” against the Iranian government, a charge she denied.

In April 2021, she was found guilty, and sentenced to a new term in jail. However, that sentence has not yet started and she is banned from leaving the country.