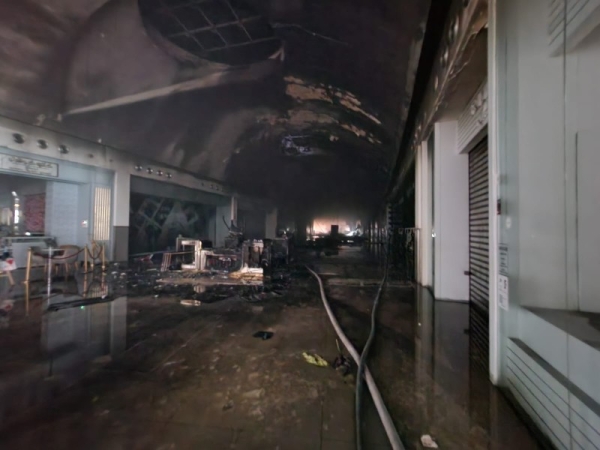 Huge fire breaks out at Dahran shopping mall, no casualties

A fire broke out Friday morning at a shopping mall in Dahran in the Eastern Region of Saudi Arabia, but no deaths or injuries were reported.

The cause of the fire has not yet been identified and investigations are ongoing.

The Civil Defense said in a tweet that the fire has been put out by firefighters with the help of security helicopters.

The fire was put out promptly, it added, reporting no deaths or injuries from the incident.

Eyewitnesses reported heavy smoke visible from a distance and traffic congestion near the area as Civil Defense teams made their way to the location of the fire.

Pictures of the fire circulated under the hashtag #Dhahran_mall (translated from Arabic) and a 15-second video showing a nearby road covered in a thick layer of smoke while the fire blazed in the distance has made almost 100,000 views since Friday morning.