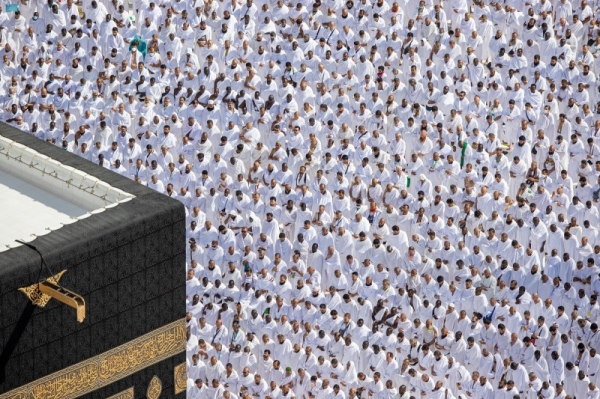 The Ministry of Hajj and Umrah launched an awareness campaign, under the slogan of #Hajj_begins_with_you, in the framework of its continuous efforts to intensify awareness activities for the Hajj season of 2022.

As part of the campaign, the ministry, in cooperation with the General Authority of Awqaf (GAA), published on Tuesday a short film in seven languages on its social media platforms with the aim of explaining a number of instructions pertaining to the personal and general behavior of the pilgrims while performing rituals of Hajj and interacting with others at the Holy Sites and in Makkah.

The multilingual video clip is the main product of the campaign, and that includes a number of messages to correct the wrong behaviors during the Hajj, including the etiquette and desirable behaviors at the Holy Sites. The video has won wide popularity in various media and digital platforms.

The awareness campaign aims to emphasize that the successful Hajj journey begins with the pilgrim himself, by adhering to proper instructions and important directives to facilitate the pilgrim’s journey, and to ensure comfort and tranquility for him and the rest of the pilgrims. It also aims to ensure adoption of the correct paths at the Haram and the Holy Sites to perform Hajj in ease and comfort.

It is worth noting that the Ministry of Hajj and Umrah had recently launched 13 detailed awareness guides in 14 languages, in partnership with GAA, to facilitate the pilgrim’s journey in an easy and simple way that includes all the phases that the pilgrim goes through during the performance of the rituals. The pilgrims had an access to the video through visiting the ministry’s website via the link: https://guide.haj.gov.sa/.

The awareness guides were prepared in line with the objectives of the Kingdom’s Vision 2030 to facilitate the journey of pilgrims to the House of God, and to enrich their faith experience with peace and ease, by answering all their questions through multiple languages that exceed 14 major international languages that are widely used by the pilgrims.