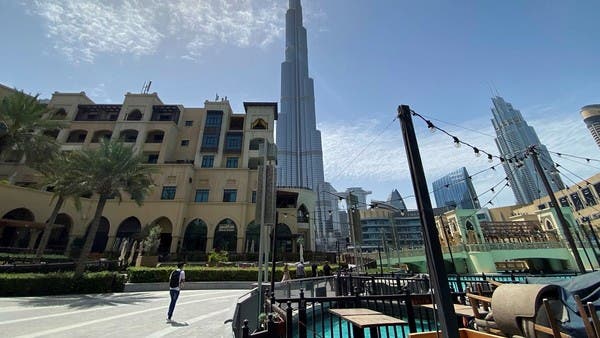 The United Arab Emirates’ new unemployment insurance scheme came into force last week, offering a safety net for expatriate residents and citizens who find themselves out of work.

Originally announced in May, the program was launched as part of reforms aimed at attracting more talent and investment into the country.

Al Arabiya English reached out to legal experts in the UAE who weighed in on the new scheme.

What does it entail and who is eligible?

The new unemployment insurance scheme allows insured individuals to claim a specific cash amount for a period of three months if they lose their job, according to the announcement made by the UAE’s Ministry of Human Resources and Emiratization (MoHRE) earlier this month.

Nazar Musa, CEO at UAE-based PRO Partner Group, told Al Arabiya English that the new scheme is set to “benefit most employees” in the UAE.

“The scheme will pay compensation, in the form of a cash sum, for up to three months in the event of an employee losing their job, from the date of becoming unemployed,” Musa explained.

Unemployed individuals will be able to claim “60 percent of the employee’s salary per claim as a minimum” in compensation upon termination of employment “if those employees meet certain conditions under the scheme,” said Simon Isgar, Partner and Head of Insurance and Reinsurance at UAE-based law firm BSA Legal.

To qualify for the payment, the dismissed employee needs to have been insured for a minimum of 12 consecutive months. This is calculated from the date they first subscribed to the scheme.

“Exemptions from the scheme include investors (such as owners of a place where they work), domestic helpers, part-time employees, workers under 18, and retirees who receive a pension and have joined new work,” Musa added.

“Employees who have been dismissed for disciplinary reasons will not be eligible to receive the compensation.”

Other Gulf countries like Saudi Arabia, Oman, Qatar and Kuwait have previously provided some form of unemployment support to citizens.

Bahrain also has a form of unemployment insurance for resident non-citizen workers and citizens.

“The scheme should be considered as an interim financial measure to assist the employee to find another job [or] employment,” Isgar explained.

“The employee may negotiate further periods of compensatory coverage under the insurance product; however, we anticipate that this will be subject to further underwriting and a high premium payment to be paid.”

How can UAE nationals and residents get it?

“Essentially, the employee will take out the policy and settle the premium with the UAE insurance company, defined in the law, as a ‘Service Provider.’”

“We believe the insurer will be required to offer a minimum set of benefits, as stipulated by the law, but employees, may, should they wish, negotiate further benefits under the insurance policy with the insurer,” explained Isgar.

The new social security program covers both UAE nationals and residents and is mandatory.

“All employees will pay into the scheme, but it has yet to be seen from officials how exactly contributions will be made, as deductions from salary, or through the employer directly. From what we have heard, contributions could be as low as 40 Dirhams to 100 Dirhams a year for the basic cover,” Musa said.

“However, employees may opt for a higher tier once the policy has been finalized.”

What are the benefits?

Under recent reforms by the UAE government, residents whose visas are canceled are eligible to remain in the country for up to six months, up from 30 days.

“We believe the scheme will enhance the quality of the workforce both in terms of professional and technical standards knowing that they have some form of financial protection following termination of their employment,” said Isgar.

“Likewise, employers will benefit from a rich talent pool of employees.”

The UAE Cabinet approved the scheme as part of a larger job security initiative launched by the government.

“Unemployment insurance or income protection cover has been in the market for many years, including the UAE insurance markets, often offered through bancassurance arrangements for credit facilities. Insurers offer these products based on their underwriting terms and they tend to be low value coverage,” explained Isgar.

“These products are not overly utilized, and distribution is poor. In a unique move, the UAE government has now raised the bar.”

Isgar highlighted that his comments are provided as a “general overview of the relevant framework and should not be relied upon as being exhaustive or a substitute for advice on specific issues which can be addressed with professional legal advice.”

His comments on the matter are “of a nature of general comment only” and “not intended to be a comprehensive analysis or exposition of laws.”