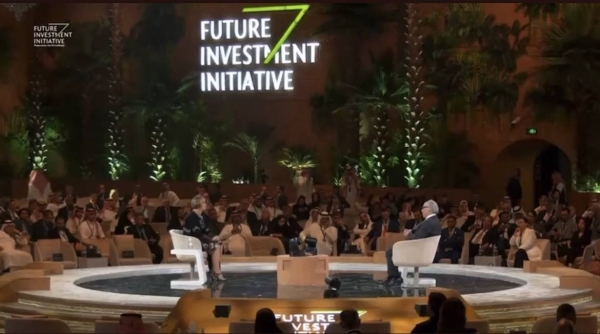 Jerry Inzerillo, CEO of Diriyah Gate Development Authority (DGDA), announced on Wednesday that the first phase of realty assets in Diriyah will open on Nov 28, 2022.

Speaking in a session of the sixth edition of Future Investment Initiative (FII6), Inzerillo said the Diriyah UNESCO world heritage site will be open to the public in a grand way, with an entry for all. All Saudis can see their birthplace and everybody from the Gulf states can come. “We're ready to welcome people in 2022 and their presence will be huge in 2023,” he said.

Inzerillo said this reflects the national identity and the sense of pride of who you are as a Saudi, that emanates from Diriyah. He noted that the site footprint is quite large. “If you walk around just Turaif it will take you six hours. Now we have a whole area of Turaif that recreates Saudi life in the first Saudi state; the second Saudi state and the third Saudi state. So interactively we have hundreds of Saudis in customs it will come into life theatrically.”

He said DGDA has planted six million trees by using the new sustainable technology in a beautiful three-kilometer area. “We have opened one community center and a number of restaurants. In 2023, we will open the first hotel out of 38 hotels and our first museum also.”

Inzerillo noted that Crown Prince and Prime Minister Mohammed bin Salman has a wonderful idea of connecting Historic Diriyah with King Saud University, which is a very large university, spreading over a campus of 9.9 square kilometers that can handle 50,000 students.

The DGDA chief said that the Crown Prince had a concept of connecting Saudis’ rich and authentic past and present cultural heritage with the future. This will allow a new boulevard, which we have already started building. The Crown Prince said: “I would like to have authentically in praise of but not copying Champs-Elysées in Paris.”

Inzerillo continued: “I responded to the Crown Prince by saying that it is interesting, let’s measure it with Champs-Elysées. Our boulevard will connect Historic Diriyah and the Future Diriyah with a length of 1.9 km.”

He said that the boulevard will have a better guest experience. “For those who invest in Diriyah Gate two and Diriyah Gate three areas, we are configuring 20,000 seat performance zone. The Boulevard would consist of the opera house, convention center, spectacular Kingdom of Saudi Arabia Contemporary Art Museum, fashion houses, cafes, and art galleries, apart from 20,000 residences,” he added.