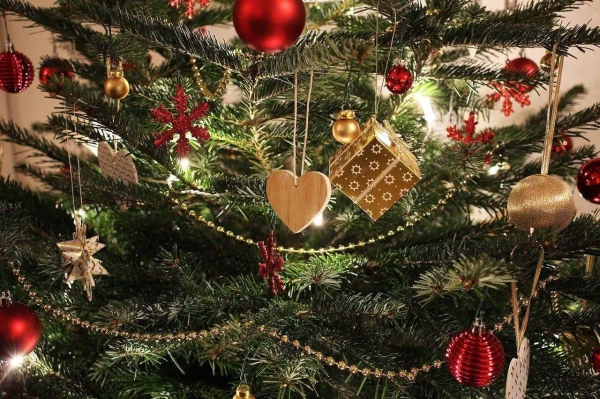 Millions of Indians are celebrating Christmas on a sombre note for the second year in a row amid fear and concern over the Omicron variant of the coronavirus, BBC reports.
With 24 million followers, Christianity is India's third-largest religion. But like last year, this year's church services and events are being attended by far fewer people because of the coronavirus outbreak.

And yet there is some festivity and cheer, with Churches being lit up and decorated as they prepare to welcome followers through the Christmas weekend.

Although Christmas traditions like carol singing are continuing, people across the country have opted for low-key celebrations at home or in their neighbourhoods.Several states have also imposed restrictions on large gatherings to avoid a surge in infections.

Things are a bit brighter in some neighbourhoods, where roads have been decked with colourful Christmas lights and trees to bring some cheer during the pandemic.

But experts and officials have warned against complacency as the Omicron variant spreads globally.

India has reported 358 cases of Omicron so far. The government has not signalled any national lockdown yet, but it has imposed travel restrictions on people coming from so-called high-risk countries.

Omicron's rise feels much like déjà vu for many Indians who are still grappling with the loss and grief from the second wave of the pandemic - cases and deaths climbed as hospitals ran out of beds, oxygen and medicines.

The public health crisis has largely subsided and life in India has since returned to normal. The country has been recording about 10,000-12,000 daily cases, down from 400,000 in May. And 60% of the 940 million eligible adults have been vaccinated with both doses so far.

But the drive has begun to slow and the emergence of a possibly more infectious variant has raised the spectre of a third wave.

Even as the fear of the new variant looms large, the holiday rush appears unstoppable in some parts.

In the capital city of Delhi, where the government has banned large gatherings, and in other cities like Kolkata people were seen thronging markets ahead of Christmas.
#Coronavirus