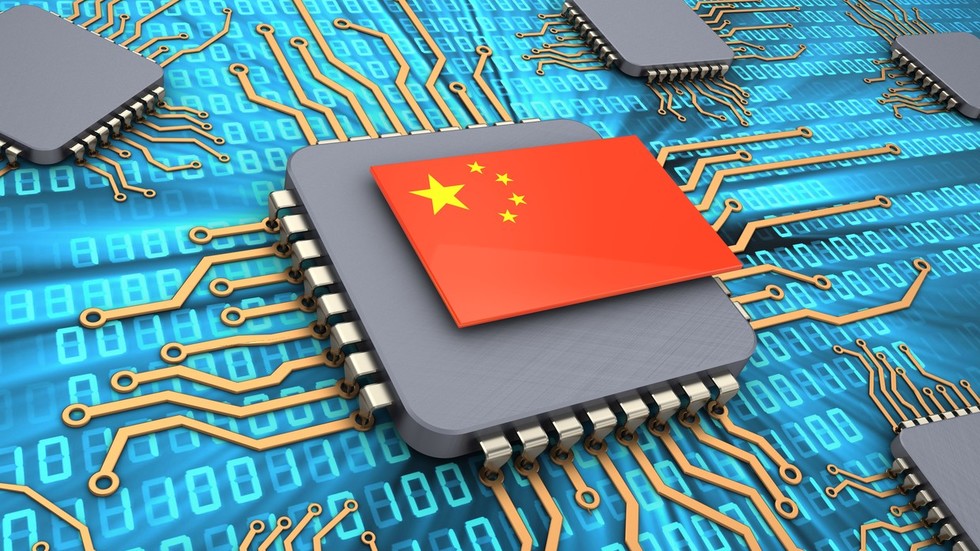 A new study from Harvard’s Belfer Center comparing the technological capabilities and progress of the US and China is an alarming read for Americans – and illustrates why the predictions of many experts were ill-judged.
The report, titled ‘The Great Technological Rivalry’, has concluded not only that China has made extraordinary technological leaps, making it a “full-spectrum peer competitor,” but that it looks well placed to dominate the future.

In less than a quarter of a century, America’s preeminent technological leadership of the world has been reversed. China has displaced the US as the top high-tech manufacturer globally, producing 250 million computers, 25 million automobiles, and 1.5 billion smartphones in 2020.

But besides becoming a manufacturing powerhouse, as Graham Allison (one of the Harvard Report’s authors) and Eric Schmidt (former CEO of Google) note in an op-ed for the Wall Street Journal, “In each of the foundational technologies of the 21st century – artificial intelligence, semiconductors, 5G wireless, quantum information science, biotechnology and green energy – China could soon be the global leader. In some areas, it is already No. 1.”

This is a remarkable turnaround, and one that most Western experts arrogantly did not consider possible.

The Harvard Report observes, for example, that in 1999, the National Academies of Science, Engineering, and Medicine declared that America’s “uniquely powerful system for creating new knowledge and putting it to work for everyone’s benefit” would remain the single largest determinant for the 21st century.

The Harvard Report also recalls how Time Magazine, in its special issue ‘Beyond 2000’, asserted that “China cannot grow into an industrial giant in the 21st century. Its population is too large and its gross domestic product too small.” China scholar William Kirby in the Harvard Business Review, reflecting the prevailing wisdom of the experts at the time, asserted that “China [was] largely a land of rule-bound rote learners” that could only imitate, not innovate. Only free thinkers, apparently – not copycats under authoritarian rule – could innovate in the era of information technology.

Well, so much for the experts. Today, as the Harvard Report acknowledges, authoritarian China now clearly tops the US in practical AI applications, including facial recognition, voice recognition, and fintech. It also notes that last year China produced 50% of the world’s computers and mobile phones; the US made only 6%. China now produces 70 solar panels for each one built in the US, sells four times the number of electric vehicles, and has nine times as many 5G base stations, with network speeds five times as fast as American equivalents.

One should not exaggerate China’s position. The US still has a dominant position in the semiconductor industry, which it has held for almost half a century. However, the direction of travel is unmistakable, with China catching up in two important arenas: semiconductor fabrication and chip design. China has already surpassed America in the production of semiconductors. Its share of global production has risen to 15% from less than 1% in 1990. At the same time, the US share has fallen from 37% to 12%.

One indicator of the underlying and emerging power of China’s future scientific knowledge and innovation pipeline is its intellectual capital. With a population of 1.4 billion, China has an unparalleled pool of talent and data. Its universities are graduating computer scientists in multiples of their American counterparts. China graduates four times as many bachelor students with STEM degrees and will graduate twice as many STEM PhDs by 2025. By contrast, the number of domestic-born AI PhDs in the US has not increased since 1990. In international science and technology rankings for K-12 students, China consistently outscores the United States in math and science – in 2018, China’s PISA scores, which assess math, science, and reading, were ranked number one, while the US was 25th.

Three decades ago, only one in 20 Chinese students studying abroad returned home. Now, four of every five do. And although America has historically benefited from its ability to attract talent, the US now risks losing the competition for talent on the scientific frontiers for the first time.

The problem for the US is that the underlying trends point to it being surpassed in almost every sphere, even those in which it still retains an advantage today.

For example, the US remains the uncontested leader in biotechnologies, with a significant lead in innovation and seven of the ten most valuable life science companies. However, China now lists biotech as one of the critical areas for national development, with significant investment indicating it is fiercely competing across the full biotech R&D spectrum. Chinese researchers have narrowed America’s lead in the CRISPR gene-editing technique and surpassed it in CAR T-cell therapy.

America has been the primary inventor of new green energy technologies over the past two decades. But today, China is the world’s leading manufacturer, user, and exporter of those technologies, cementing a monopoly over the future green energy supply chain. More critically, China has a near-monopoly over several of the critical inputs necessary for solar panels, batteries, and other green tech, including chemical lithium (50% of global production), polysilicon (60%), rare earth metals (70%), natural graphite (70%), cobalt refining (80%), and rare earth refining (90%). And where China lacks resources domestically, it has secured them overseas.

The Harvard Report is thus a wake-up call to the US and the West. It highlights that China is now a vast economic power poised to dominate the scientific and technological future. It is no wonder that Allison and Schmidt conclude their article with a stern warning: “Unless the US can organize a national response analogous to the mobilization that created the technologies that won World War II, China could soon dominate the technologies of the future and the opportunities they will create.”

This time, the experts might have a point. It seems the future has already happened.