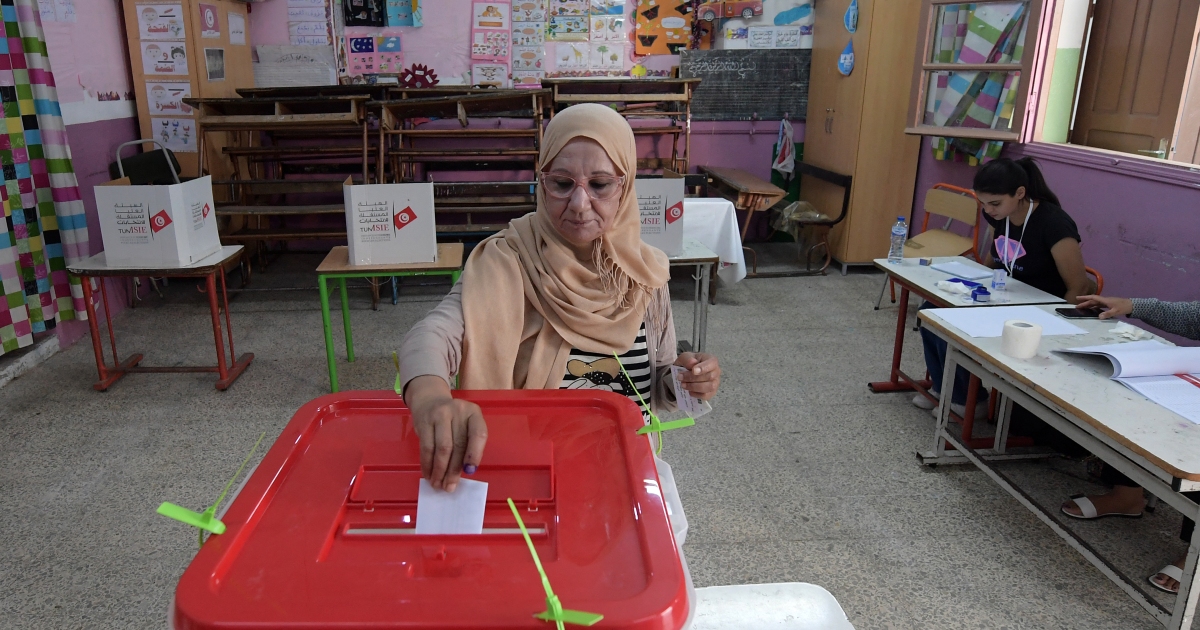 Why is Tunisia’s new proposed constitution so controversial?

Tunisians are voting on a new constitution put forward by the president which many people in the country are opposed to.

Tunisians are voting in a referendum on Monday to decide on whether to adopt a new constitution President Kais Saied has pushed for, which, if adopted, will change the country from its current hybrid parliamentary democracy to one giving the president sweeping powers.

Saied’s supporters believe that his new constitution will simplify the system of government and diminish the political chaos of the last year.

His detractors fear that concentrating executive, legislative and judicial powers in the hands of one person is the road back to one-man rule, and many of them are planning to boycott the referendum.

Tunisia has been hailed as the only democratic republic in the Arab world.

But while free and fair elections followed and the introduction of a new constitution in 2014 that included many rights, the past few years have seen the country lurching between several crises, and ongoing economic difficulties have left many Tunisians feeling frustrated.

What problems has Tunisia faced?

*  Tunisia has dealt with serious problems from significant “terrorist” attacks, the recruitment of young people to the ISIL (ISIS) group (ISIS) group, mass unemployment, corruption, and an economic crisis.

*  Many of the problems have been placed on the country’s political parties, particularly Ennahdha, which has emerged from all the parliamentary elections held since 2011 with the most votes. Formerly associated with the Muslim Brotherhood, Ennahdha now describes itself as a “Muslim Democrat” party. Opponents say the party has not done enough to bring about the change promised in the 2011 revolution, but Ennahdha says that it has actively worked together with other parties in an attempt to be inclusive.

*  In September 2019, Tunisia held parliamentary and presidential elections but they were mired in controversy, with the imprisonment of presidential candidate Nabil Karoui and accusations of political manipulation via social media.

*  On October 14, 2019, Kais Saied, a retired university lecturer who ran as an independent, won a landslide victory to become president. He is a populist who is seen by many as an effective way to stop what they regard as a “corrupt” political elite but a growing opposition worries about the effect he is having on Tunisia’s democracy and has called for a boycott of Monday’s vote.

Why is Saied changing the constitution?

*  A political outsider, Saied has said that he does not believe in the country’s established political parties, and proposed an alternative system based on centralised presidential power and elected regional councils.

*  Saied blames Tunisia’s crises on the country’s political system, where a parliament shares power with the presidency.

*  Saied believes that a strong presidency is needed instead, which will enable the officeholder to act quickly and decisively.

What has happened since Kais Saied became president?

*  Saied’s period in office has not run smoothly and has been marked with conflict.

*  In March 2020, Tunisia went into a full lockdown to prevent the spread of COVID-19. By 2021, debilitated by the pandemic, civil unrest erupted, followed by weeks of protests. Police reacted by arresting people en masse.

*  July a deadly wave of the Delta strain sweeps the country, straining the health service while chaos rages in the parliament with members exchanging blows in the chamber.

*  On 17 July 2021, a group calling itself the July 25 Movement called on Tunisians to take to the street on Tunisia’s independence day to ask the president to intervene. Protests on July 25 followed and that evening Saied announced a period of exceptional measures, where he sacked the government and suspended parliament.

*  Many Tunisians celebrated, particularly following a crackdown on political opponents. Saied’s critics called it a coup.

Why are Saied’s opponents so worried?

*  On 22 September 2021, Saied declared that he would rule by presidential decree. This raised memories of the former rule of Ben Ali.

*  While Saied invited others to work on a new constitution, he eventually published his own draft on June 30. The man tasked with drafting the constitution also came out to criticise the document that was published by Saied, distancing himself from it.

*  The new constitution, among other things, will allow Saied to rule by decree until a new parliament is elected in December, and will give him ultimate authority over parliament.

*  In January, Saied launched an online people’s consultation on a new constitution, but only 450,000 people took part.

*  The electoral authority says more than nine million Tunisians have registered to vote, compared with seven million who registered for the 2019 election. However, polls predict a low turnout of just 10-15 percent of the electorate and the reported turnout for Tunisians living abroad, who have already voted, was between 4.5 percent and 6.5 percent.

*  Despite that, Article 139 of Saied’s constitution says that after the votes are all counted, the constitution will be enacted.