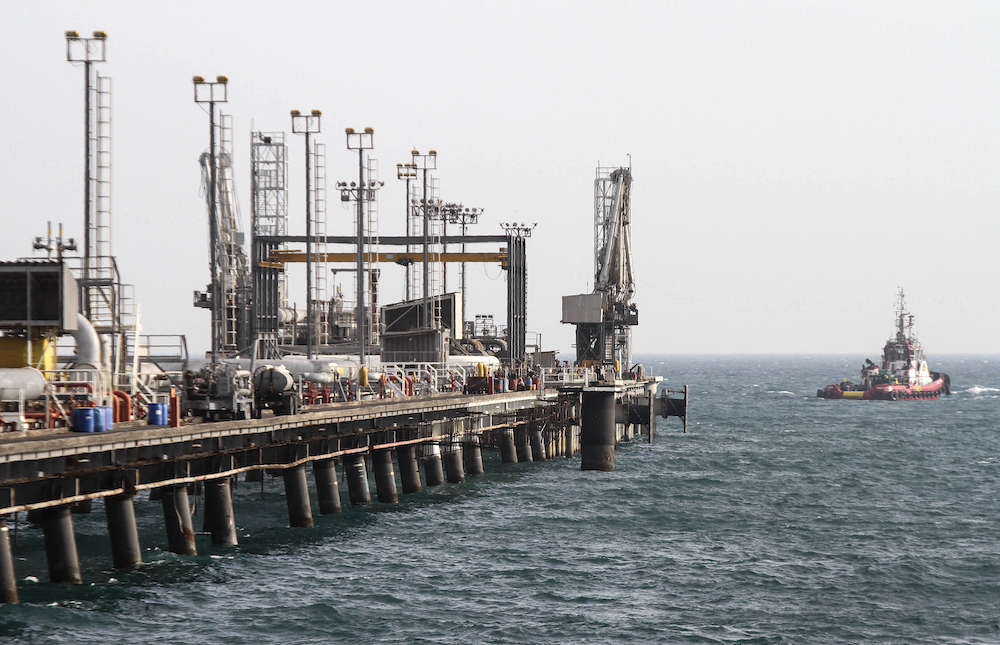 The US Treasury Department said Wednesday that it has sanctioned a group of front companies and individuals tied to the sale and shipment of Iranian petroleum and petrochemical products to East Asia.

Treasury’s Office of Foreign Assets Control imposed the sanctions on several companies, including Iran-based Jam Petrochemical Co., which has exported hundreds of millions of dollars worth of products to countries throughout Asia, including China.

The administration uses an August 2018 executive order signed by then-President Donald Trump as its authority to impose the sanctions.

The order addresses “threats posed by Iran, including Iran’s proliferation and development of missiles and other asymmetric and conventional weapons capabilities, its network and campaign of regional aggression,” and other issues.

Brian E. Nelson, Treasury’s undersecretary for terrorism and financial intelligence, said in a statement that “while the United States is committed to achieving an agreement with Iran that seeks a mutual return to compliance with the Joint Comprehensive Plan of Action, we will continue to use all our authorities to enforce sanctions on the sale of Iranian petroleum and petrochemicals.”

Washington had earlier imposed sanctions on Iranian petrochemical producers in mid-June, as well as on Chinese and Indian brokers, expanding pressure amid a deadlock in negotiations on restoring a 2015 deal to curb Iran’s nuclear program.

Iran is nursing a battered economy, with its currency hitting its lowest value ever, after the US withdrew from the nuclear deal in May 2018.

President Joe Biden’s administration has been working to renew the agreement, which placed curbs on Iran’s nuclear program in exchange for billions of dollars in sanctions relief, which Iran insists it has never received.

In June, Iran said it is ready for new indirect talks to overcome the last hurdles to revive its tattered 2015 nuclear deal amid a growing crisis over the country’s atomic program.

“The United States has been sincere and steadfast in pursuing a path of meaningful diplomacy to achieve a mutual return to full implementation of the Joint Comprehensive Plan of Action,” Secretary of State Antony Blinken said in a statement.

“It is Iran that has, to-date, failed to demonstrate a similar commitment to that path.”

He added: “Absent a commitment from Iran to return to the JCPOA, an outcome we continue to pursue, we will keep using our authorities to target Iran’s exports of energy products.”

Wednesday’s announcement came ahead of a highly anticipated visit next week by President Joe Biden to Israel and Saudi Arabia when efforts to contain the nuclear threat from Iran will be top of the agenda.