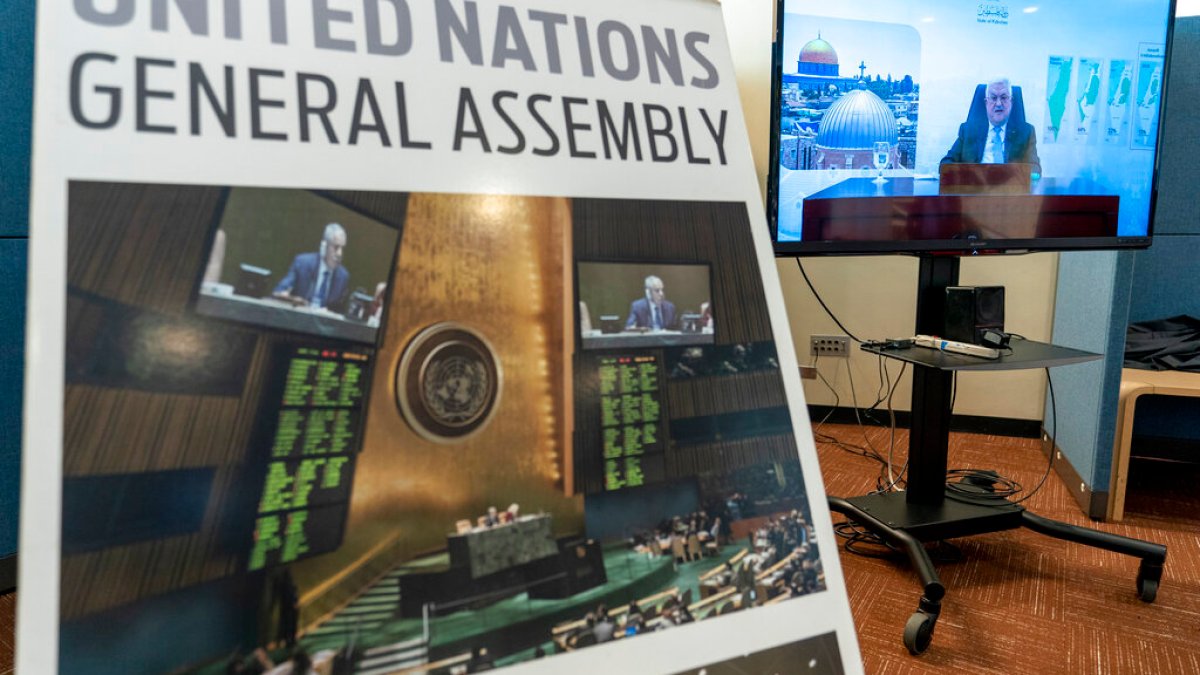 The resolution will see International Court of Justice give opinion on Israel’s occupation of Palestinian territory.

The United Nations General Assembly has passed a resolution calling on the International Court of Justice (ICJ) to give an opinion on the legal consequences of Israel’s illegal occupation of Palestinian territories.

The General Assembly voted 87 to 26 with 53 abstentions on the resolution, with Western nations split but with virtually unanimous support in the Islamic world – including among Arab states that have normalised relations with Israel. Russia and China voted in favour of the resolution.

Israel, the US and 24 other members – including the United Kingdom and Germany – voted against the resolution, while France was among the 53 nations that abstained.

The Hague-based ICJ, also known as the World Court, is the top UN court dealing with disputes between states. Its rulings are binding, though the ICJ has no power to enforce them.

Palestinian leaders on Saturday welcomed the vote, with senior official Hussein al-Sheikh saying it “reflects the victory of Palestinian diplomacy”.

“The time has come for Israel to be a state subject to law, and to be held accountable for its ongoing crimes against our people,” said Nabil Abu Rudeineh, spokesman for Palestinian Authority President Mahmoud Abbas.

Palestine’s UN ambassador Riyad Mansour noted that the vote came one day after the swearing-in of a new far-right Israeli government, which he said promises an expansion of illegal Jewish settlements and will accelerate “colonial and racist policies” towards Palestinians. He also hailed nations that voted in favour of the resolution and were “undeterred by threats and pressure”.
The UN General Assembly asked the ICJ to give an advisory opinion on the legal consequences of Israel’s “occupation, settlement and annexation … including measures aimed at altering the demographic composition, character and status of the Holy City of Jerusalem, and from its adoption of related discriminatory legislation and measures”.

The UN resolution also asks the ICJ to advise on how those policies and practices “affect the legal status of the occupation” and what legal consequences arise for all countries and the UN from this status.

The ICJ last weighed in on the issue of Israel’s occupation in 2004, when it ruled that Israel’s wall in the occupied West Bank and East Jerusalem was illegal. Israel rejected that ruling, accusing the court of being politically motivated.

“No international body can decide that the Jewish people are ‘occupiers’ in their own homeland. Any decision from a judicial body which receives its mandate from the morally bankrupt and politicised UN is completely illegitimate,” Israel’s UN ambassador, Gilad Erdan, said in a statement ahead of the vote.

“The Jewish people are not occupiers on their own land nor occupiers in our eternal capital Jerusalem and no UN resolution can warp that historical truth,” he said in a video message.

During the June 1967 war, Israel occupied all of historic Palestine and expelled 300,000 Palestinians from their homes. Israel also captured the Syrian Golan Heights in the north and the Egyptian Sinai Peninsula in the south. In 1978, Egypt and Israel signed a peace treaty which led to Israel withdrawing from Egyptian territory.

The occupied Palestinian territories have been under Israeli military control since 1967. This makes it the longest occupation in modern history. The segmented territories include Gaza, the West Bank and East Jerusalem.

“We do not feel that a referral to the International Court of Justice is helpful in bringing the parties back to dialogue,” UK diplomat Thomas Phipps said of the UN vote.

“It is also the position of the UK that it is inappropriate without the consent of both parties to ask the court to give an advisory opinion in what is essentially a bilateral dispute.”

Among Western nations that backed the resolution was Portugal, whose representative acknowledged the “risk of overjudicialising international relations” but said the world court “underpins the international rules-based order which we seek to preserve”.