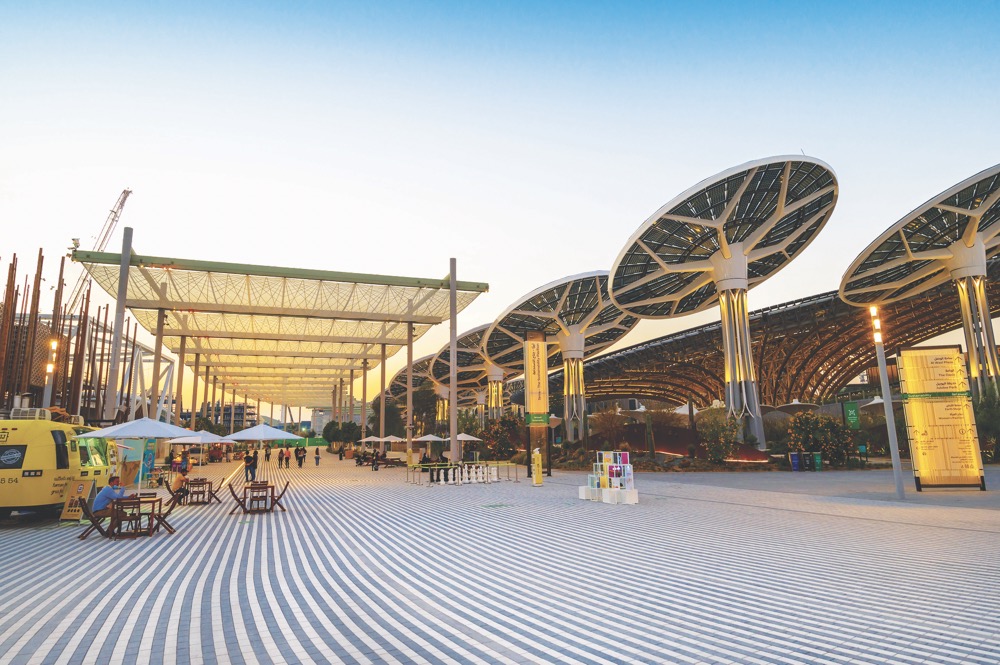 Soft power practitioners and researchers came together at the forum to launch the Global Soft Power Index, the world’s most comprehensive study on perceptions of nations as brands.

Of the 13 Arab countries featured in this year’s index, the UAE ranked 15th, the highest position for any nation brand in the Middle East and North Africa.

Saudi Arabia came second among Arab nations with a global ranking of 24, maintaining last year’s position, but with a notable improvement in its index score, which climbed to 47.1 out of 100. 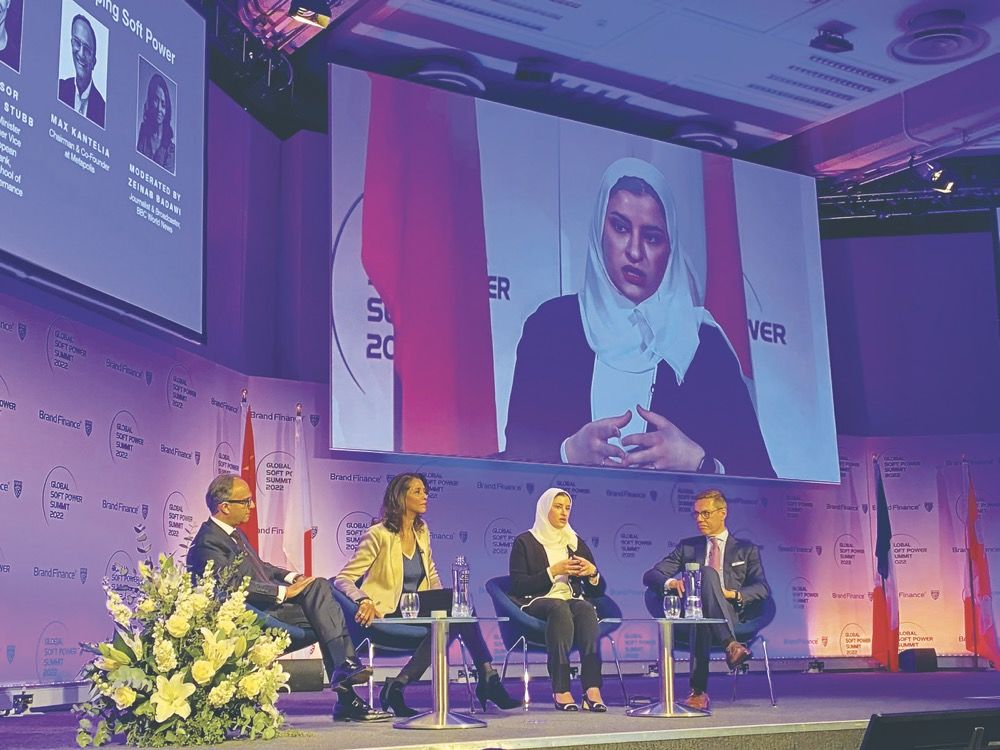 Globally, the US bounced back to first place this year, recovering from a major deterioration in its public perception in late 2020 and 2021, while the UK also moved up to second after overcoming the the fallout from COVID-19 and the Brexit debate.

According to Andrew Campbell, managing director of Brand Finance Middle East, the new rankings show that Saudi brands are growing and leading right across the Middle East.

“Each of the major Saudi brands is working toward Vision 2030 in its respective sector, recording impressive growth,” he told Arab News.

“Ma’aden is the fastest-growing brand in the entire region and Saudi brands across different industries are making their mark. These include Saudia Airlines, the Middle East’s fastest-growing airline brand this year.”

Indeed, Saudi Arabia has made soft power and nation branding key priorities in its Vision 2030 social and economic reform agenda. 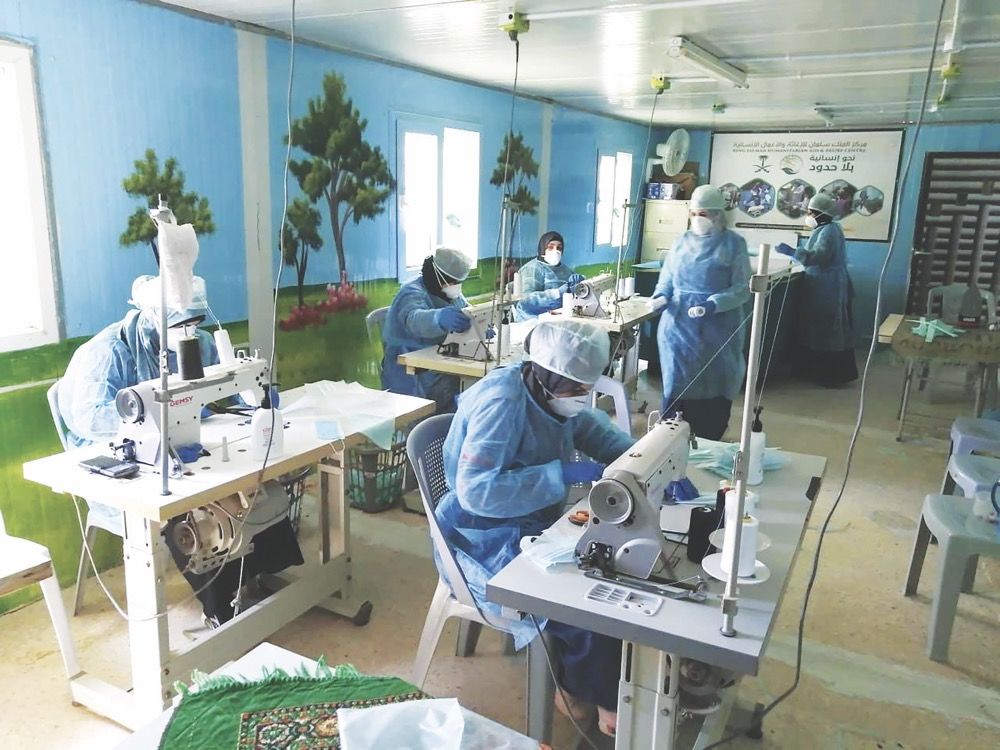 The Kingdom is considered the center of the Arab, Islamic and international energy world, imbued with a rich history and culture. By promoting these qualities, it has used soft power as part of its foreign policy strategy for many years.

Meanwhile, in the UAE, exhibitions such as Expo 2020 Dubai have been used to cement the country’s role as a global soft power, and as a tool to connect nations and build bridges through innovation and inspiration.

Speaking at the Global Soft Power Summit, Sarah bint Yousef Al-Amiri, UAE minister for advanced technology and chair of the UAE Space Agency, said that her country claimed its place in the index by embracing change.

“It’s not by chance that the UAE is the strongest from a soft power perspective in the Middle East and North Africa. It is due to complete dedication and evolution, and embracing change and embracing innovation.”

Index scores were determined through a range of metrics across seven fields: Business and trade, governance, international relations, culture and heritage, media and communication, education and science, and people and values.

The Brand Finance Index also added a special metric to measure how nations responded to the challenges of COVID-19.

Soft power, a term coined by US political scientist Joseph Nye in 1990, is defined as the ability to obtain preferred outcomes by attraction rather than through coercion or payment.

Nye argued that there is an alternative tool of foreign policy for states to win the support of others. Instead of the traditional hard power approach, which relies on military and economic means, soft power, achieved through shared values and norms, can be utilized to appeal to states rather than coerce them.

“Soft power will reduce some of the future needs for hard power and, ultimately, should lead to more peace and prosperity,” Scott McDonald, CEO of the British Council, told the London summit in his opening remarks. 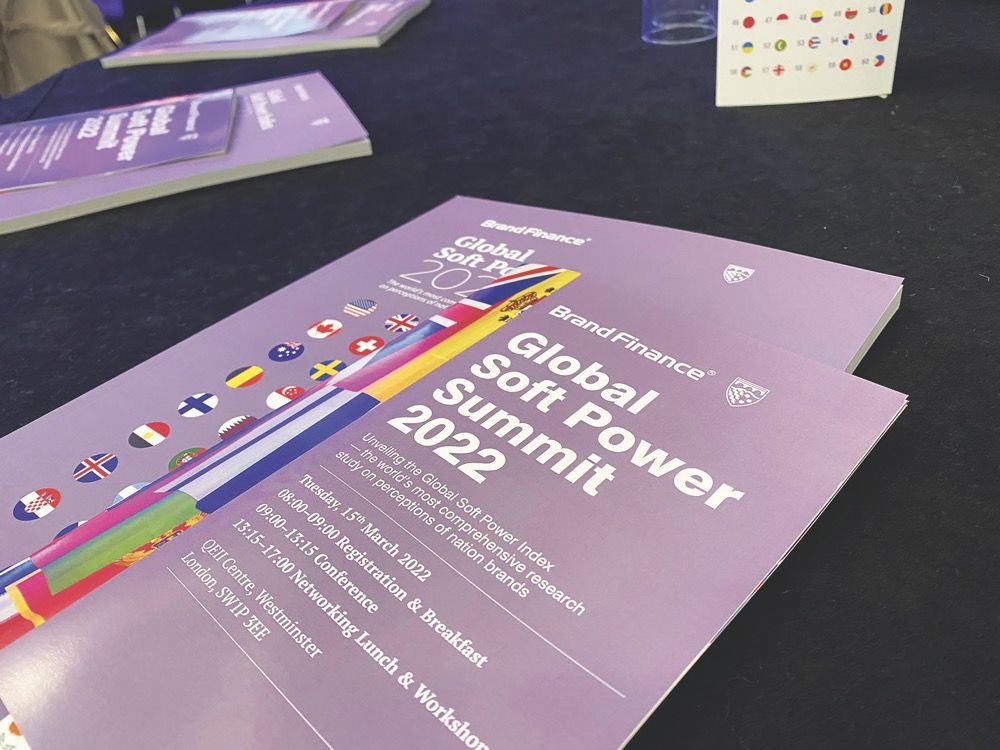 According to the 2022 Global Soft Power Index, the UAE performed best on the business and trade pillar, ranking among the top 10 globally. It came fourth for being “easy to do business in and with,” and ranked eighth for being a “strong and stable economy.”

Performing well on a variety of other metrics, the UAE made the most rapid improvement this year in education and science. The UAE’s focus on high-tech industries and its leap into space exploration with the Emirates Mars Mission are likely to have influenced its score in this field.

“Innovation for us is not a choice,” Al-Amiri told Arab News. “It is actually an imperative mechanism of development, just by the fact that five decades ago, we didn’t have access to basic education, basic infrastructure, or any of the ways of modern life that we have today.”

In that time, the UAE has “transitioned from a country that has focused entirely on building infrastructure, because that didn’t exist, to a nation that is building what I call the intangible infrastructure that is based on talent and on the utilization of science and technology, that utilizes research and development as the engine of economic growth and sustained economic growth,” she added.

The UAE is also emerging from the COVID-19 pandemic stronger than before, with its trade and investment accomplishments underscored by the success of Expo 2020 Dubai.

However, embracing change and innovation does not mean the UAE has lost sight of its authentic character. Instead, the nation has allowed its identity to develop in tandem with its economic diversification. 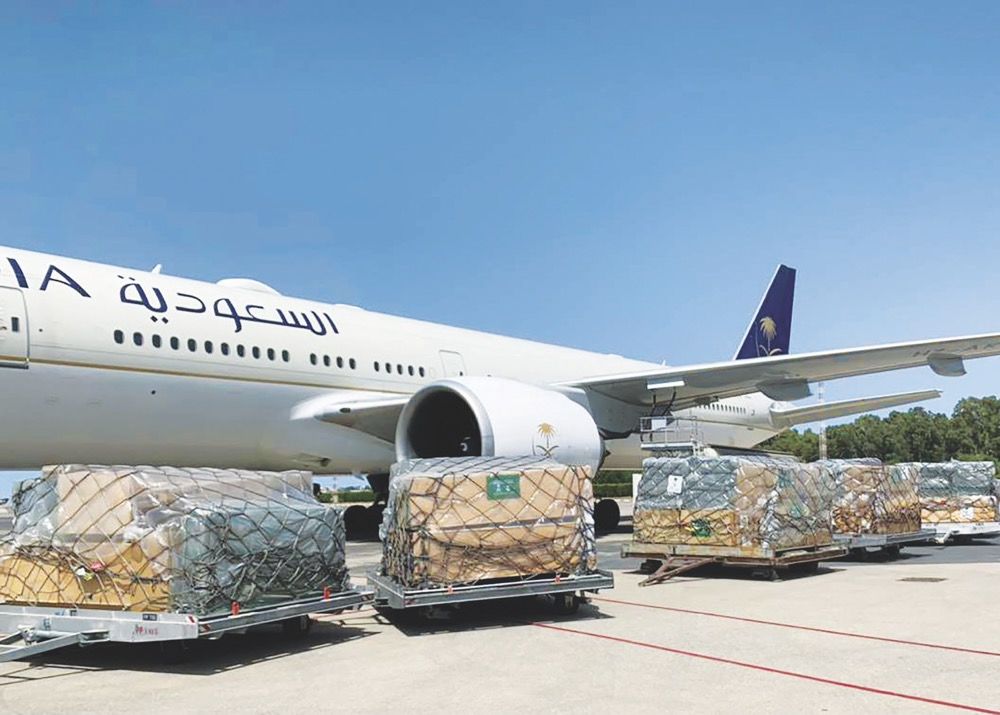 Brands such as Saudia Airlines have played a role in building Saudi Arabia’s national brand.

“We are about understanding and appreciating the differences between people. Legislations are there, but never set in stone.”

Besides the UAE and Saudi Arabia, 11 other Arab nations were included in this year’s Global Soft Power Index.