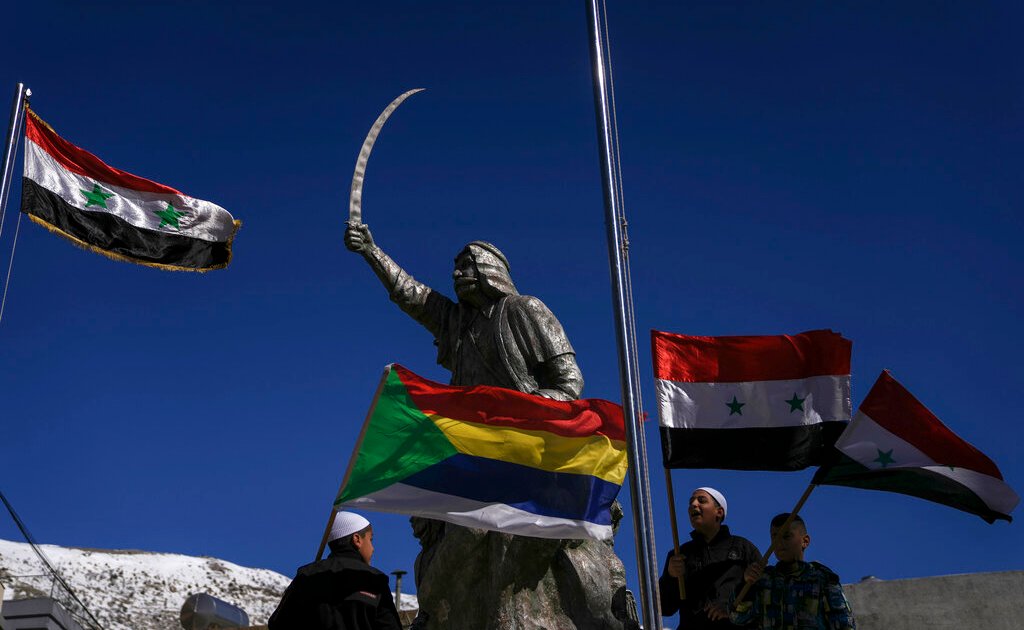 When powerful states flout the rules of international law, US Secretary of State Antony Blinken told the United Nations Security Council last May, “it sends the message that others can break those rules with impunity”.

Friday marks the anniversary of the United States’s declaration that the Golan belongs to Israel – a move that experts said backed a clear violation of international law. And this year, it comes as Washington is promoting the concept of “territorial integrity” to push back against the Russian invasion of Ukraine.

“Annexation is illegal under international law – period,” said Jonathan Kuttab, a Palestinian-American lawyer, stressing the prohibition on the acquisition of land by force is at the core of the post-World War II international system.

Kuttab, who specialises in international law, called on the Biden administration to immediately reverse US recognition of Israel’s annexation of the Syrian territory if it wants to be consistent in its criticism of Russia’s conduct in Ukraine.

“They have to be clear that the world today cannot allow annexation to be permitted,” he told Al Jazeera.

Since coming into office in January of last year, President Joe Biden and his top aides have avoided publicly endorsing Trump’s recognition of “Israeli sovereignty” over the Golan Heights, but they have quietly kept the policy in place.

Israel captured the Golan in the 1967 Middle East war and formally annexed the territory in 1981, prompting the UN Security Council to unanimously pass a resolution condemning the move and reasserting the inadmissibility of the acquisition of territory by force.

“The Israeli decision to impose its laws, jurisdiction and administration in the occupied Syrian Golan Heights is null and void and without international legal effect,” the resolution said.

Until Trump’s decision to recognise the territory as Israel’s, no other country in the world had accepted Israeli claims to the Golan Heights.

After a media report claimed in June that the Biden administration was undoing Trump’s decision, Washington explicitly said the US’s position on the territory is still the same. “US policy regarding the Golan has not changed, and reports to the contrary are false,” the Department of State’s Bureau of Near Eastern Affairs tweeted at that time.

Weeks earlier, Linda Thomas-Greenfield, the US ambassador to the UN, also had told a congressional panel the administration has not changed its position.

Asked for comment this week about the legal status of the strategic plateau in southwest Syria, the State Department referred Al Jazeera to what Blinken told CNN in February 2021.

“Leaving aside the legalities of that question, as a practical matter, the Golan is very important to Israel’s security,” the secretary of state said in that interview, adding the government of Syrian President Bashar al-Assad, as well as Iranian presence and Tehran-backed militia groups in Syria, “pose a significant security threat to Israel”.

Trump, too, invoked Israel’s security in the March 25, 2019 decree proclaiming “the United States recognizes that the Golan Heights are part of the State of Israel”.

Located in southwest Syria and overlooking the freshwater of the Sea of Galilee, the Golan Heights borders Lebanon, Israel and Jordan. At 1,150sq km (444sq miles), the plateau is more than three times the size of the besieged Gaza Strip.

Israeli leaders have insisted for years the territory will “forever” remain part of Israel, and late last year Prime Minister Naftali Bennett announced a plan to double the number of Israeli settlers in the Golan to tighten the country’s grip on the territory.

For its part, the Syrian government says the Golan belongs to Syria – and the US position on it does not affect that fact. The Syrian foreign ministry called the US move in 2019 a “blatant attack on the sovereignty and territorial integrity” of Syria – language that mirrors the State Department’s current comments on Ukraine. 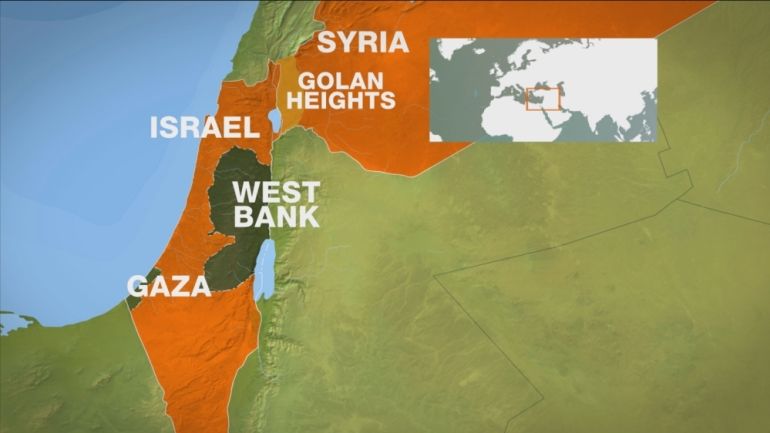 Kuttab rebuked what he called the “security argument” to justify annexation, saying states cannot take their neighbours’ land and expand their borders because of security concerns, regardless of whether they are valid or not.

He also underscored that Russian President Vladimir Putin has argued the invasion of Ukraine stems from security fears about Kyiv’s efforts to join NATO – similar to Israel’s arguments it must maintain control over the Golan for its own security.

During the past weeks, after Russia recognised two separatist regions in eastern Ukraine as independent, top US officials have warned multiple times the “principle that one country cannot change the borders of another by force” is under threat. Blinken himself also has repeatedly asserted US support for Ukraine’s “territorial integrity“.

“The question of consistency and universality is important. If ‘security’ is a legitimate argument to avoid international law and your obligation to it, then Putin is right,” Kuttab said.

Overall, despite promising to centre human rights in its foreign policy, the Biden administration has been reluctant to criticise Israeli policies that several human rights organisations – including most recently Amnesty International – say amount to apartheid against Palestinians.

Earlier this month, Biden signed a US budget bill containing $4.8bn in aid to Israel. The country receives $3.8bn in US assistance annually, and this year it was handed an additional $1bn to “replenish the Iron Dome” missile defence system after the Gaza war in May 2021.

When it comes to the Golan, Kuttab dismissed the notion that atrocities committed by the al-Assad government during the Syrian war should affect US policy towards the legal status of the territory. “The inviolability of borders has nothing to do with whether the leader is a good guy or a bad guy,” he said.

Israel’s advocates also justify the Golan’s annexation by saying the 1967 Middle East war was a defensive one. Israel captured the Golan Heights, Gaza and the West Bank, including East Jerusalem, after launching an attack on Arab armies that it says were positioned to move against it. Israel also annexed East Jerusalem in 1980.

But Kuttab said whether the war was offensive or defensive does not make a difference to the illegality of annexation.

“That’s the trick. They want you to argue whether the war was defensive or not, so you get lost in that discussion and you miss the point: that annexation is always illegal regardless of what the war was about.”