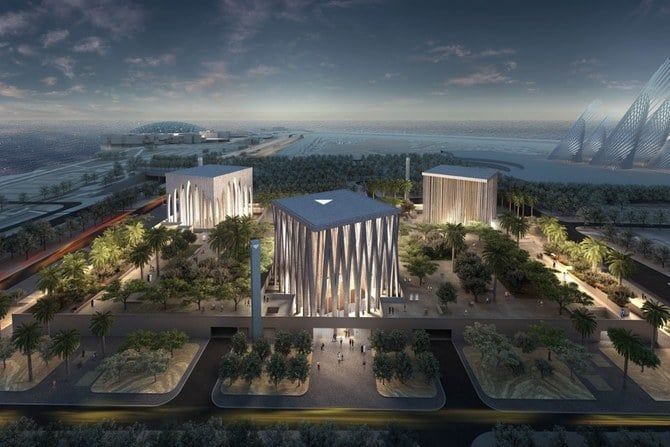 Promotion of the values of human fraternity must extend to the empowerment of women, according to Epsy Campbell Barr, a former vice president of Costa Rica and member of the judging panel for this year’s Zayed Award for Human Fraternity.

“We need more understanding between the sexes in order to build a better world,” she told Arab News in the lead-up to this year’s award ceremony on Feb. 4. “It is impossible to do so without the inclusion of women.

“This is where the message of the human fraternity is important: Through the promotion of equality and non-discrimination.”

The Zayed Award for Human Fraternity was created to build on the historic meeting in Abu Dhabi on Feb. 4, 2019, between Pope Francis and Ahmed El-Tayeb, the grand imam of Al-Azhar.

Their meeting, which marked the first-ever papal visit to the Arabian Peninsula, culminated in the co-signing of the Document on Human Fraternity for World Peace and Living Together, also known as the Abu Dhabi declaration. 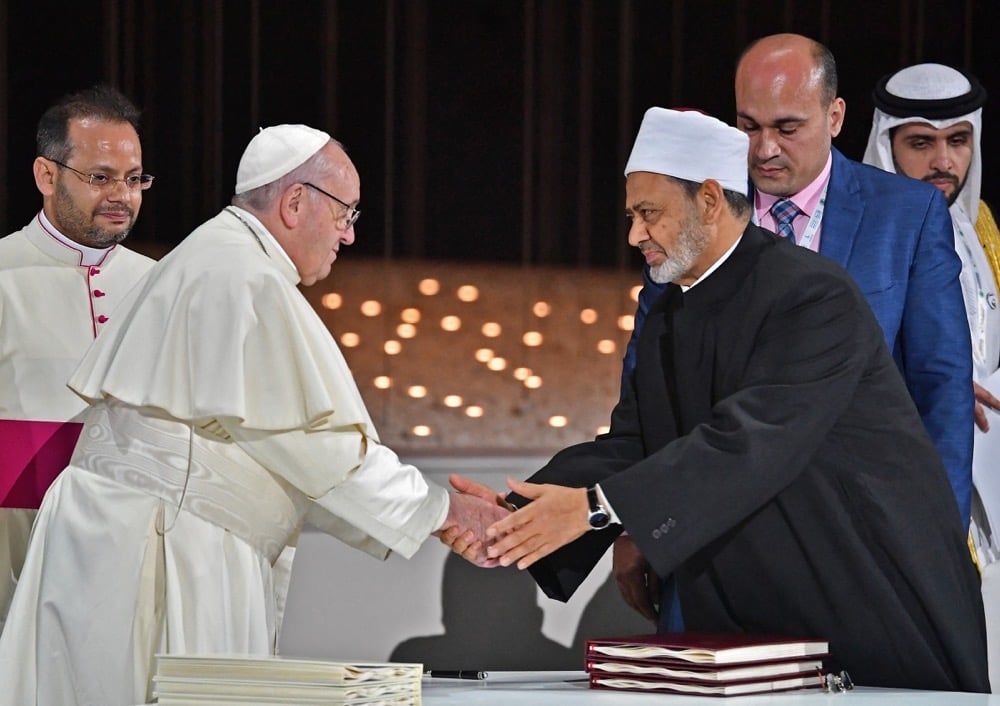 The award was set up following the meeting between Pope Francis and Grand Imam Sheikh Ahmed El-Tayeb in 2019.
It was born from a fraternal discussion between the two religious leaders with the aim of helping to guide others in advancing a “culture of mutual respect.” Francis later described it as “no mere diplomatic gesture but a reflection born of dialogue and common commitment.”

The Abu Dhabi declaration led to the founding of the Higher Committee of Human Fraternity and the Zayed Award for Human Fraternity, under the patronage of Sheikh Mohammed bin Zayed Al-Nahyan, who was then the crown prince of Abu Dhabi and is now the ruler of the emirate and president of the UAE.

The award, now in its fourth edition, is named in honor of Sheikh Mohammed’s father, the late Sheikh Zayed bin Sultan Al-Nahyan, founder of the UAE.

Campbell Barr, who was in office in Costa Rica from May 2018 until May 2022, was the first woman of African descent to hold the post of vice president in Latin America, and was named among the 100 Most Influential People of African Descent in 2021.

As an economist and long-serving politician, she believes the full implementation of the Document of Human Fraternity can help promote the political, social and economic empowerment of women and girls.

“We need to build bridges,” she said. “When we think of women’s economic empowerment, we have to make sure we can have a dialogue with the financial sector to offer women finances for their entrepreneurship ideas, as well as having a sense of human fraternity in political dialogues.

“We need money in the hands of women because we know it will not only change her life but the life of the community around her and, eventually, the country.” 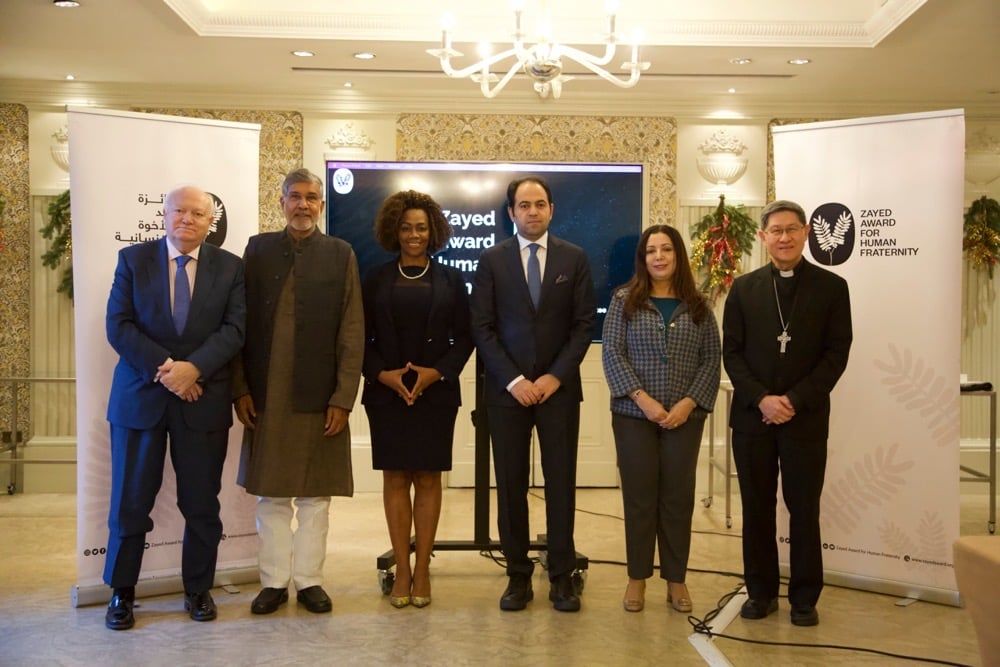 The panel of judges for this year’s Zayed Award.

Campbell Barr’s comments come at a time when the rights of women and girls are being rolled back in many parts of the world, and as the economic effects of the COVID-19 pandemic and the inflationary pressures resulting from the war in Ukraine fall disproportionately on their shoulders.

Nowhere is the assault on women’s liberties more blatant perhaps than in Afghanistan, where the Taliban, which stormed back to power in August 2021, has barred girls from secondary education and, more recently, blocked their access to colleges and universities.

According to the World Bank, although women make up half of the global population, they contribute a mere 37 percent to global gross domestic product. The bank said global GDP could increase by 26 percent if the gap between men and women in the workforce is closed.

“We have to change our minds, we have to cooperate,” said Campbell Barr. “The message of the document can be useful for social, economic and environmental issues. We have to use the human fraternity agreement as a tool for general dialogue, to build our consensus for a new world.”

The Zayed Award for Human Fraternity is an independent global prize, presented by the Higher Committee of Human Fraternity, that was launched in recognition of those who make profound contributions to human progress and peaceful coexistence.

Honorees are awarded $1 million in support of their efforts and to fund the continuation of their work in advancing human fraternity, collaborating across divides, and driving real progress.

The 2021 prize was jointly awarded to Antonio Guterres, the secretary-general of the UN, and French-Moroccan activist Latifa Ibn Ziaten, founder of the Imad Association for Youth and Peace who, after losing her son to an act of terrorism, channeled her sorrow into developing an outreach program for young people.

The 2022 award was bestowed on King Abdullah of Jordan and his wife, Queen Rania, “in appreciation of their efforts to promote human fraternity, mutual respect and peaceful coexistence,” and Haitian humanitarian organization the Foundation for Knowledge and Liberty.

Pope Francis welcomed the 2023 judging committee to the Vatican on Jan. 9 to discuss the significance of the award in promoting human fraternity on a global scale, including the protection of women’s rights.

Francis, himself a 2019 honorary recipient of the award along with El-Tayeb, told the members of the judging panel: “Your work is important in advancing the message of human fraternity.” 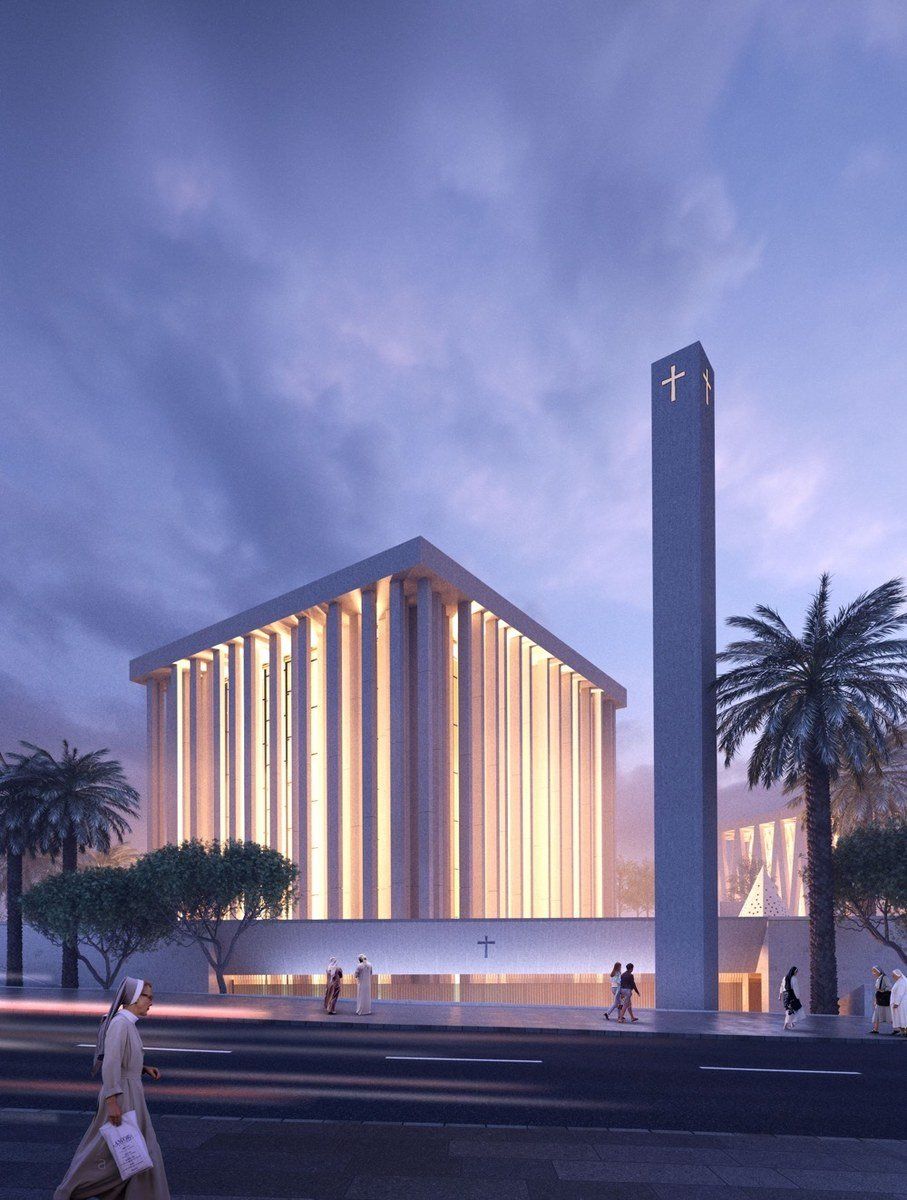 He also stressed the importance of the global award for humanity and urged the committee to do its part to advance the rights of women.

“It is important in your work to uphold the dignity of women, as women’s rights are often outlined on paper but not practiced in reality,” he said.

In addition to Campbell Barr, this year’s judging panel includes Miguel Angel Moratinos, the UN undersecretary general and high representative for the alliance of civilizations, and Cardinal Luis Antonio Tagle, a Filipino prelate of the Catholic Church the pro-prefect of the dicastery for evangelization.

They are joined by child rights activist and 2014 Nobel laureate Kailash Satyarthi, entrepreneur and 2015 Nobel laureate Ouided Bouchamaoui, and Mohammed Abdelsalam, secretary general of the Zayed Award for Human Fraternity and the Muslim Council of Elders.

Ahead of the committee’s meeting at the Vatican, Satyarthi said he was looking for an award nominee with the “light of compassion to make long-lasting changes to society. We need strong actions and bold ideas to make a beautiful, more just, and equitable world.”

Abdelsalam said the award was designed to promote understanding and respect among all peoples, adding: “That is why the award aims to highlight individuals and organizations that contribute to making a long-term impact, and who are building a framework for initiatives and ideas that foster the development of a more harmonious, global human community.”

Campbell Barr said that human fraternity “is an understanding between people, between civilizations. It is a new ideology to embrace the things we have in common rather than our differences.”

She added: “It is the building of society based on mutual peace and respect. We have been focusing far too long on what makes us different. Agreements can change lives, organizations and countries. It is the way to build a new world. We need to build bridges and understand each other.” 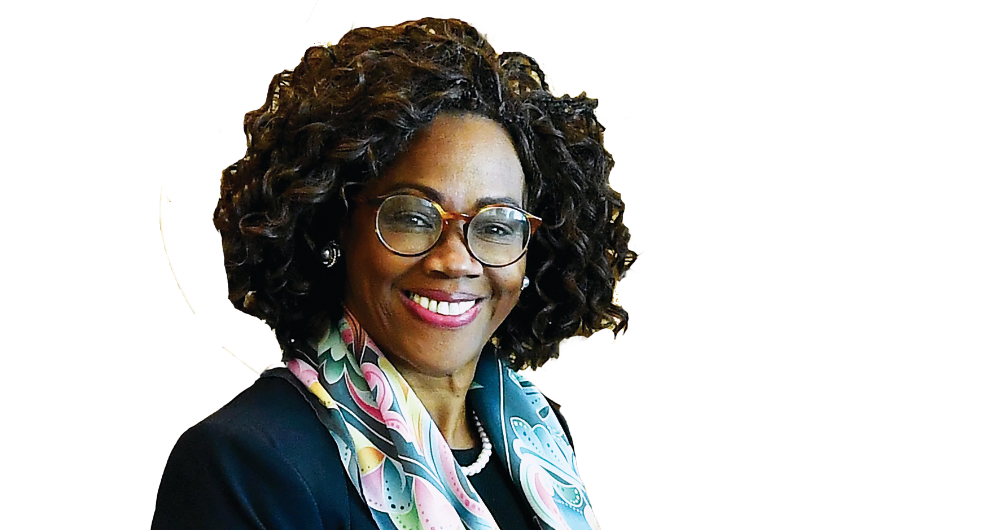 Campbell Barr said she is looking for compassion, commitment, respect and the application of human fraternity in a nominee.

“I am looking for one who promotes dialogue,” she told Arab News. “The award is not the objective. Rather, it is a tool to apply the concept of human fraternity.

“We need to build bridges and this can be made possible through a political dialogue and a sense of fraternity. We have to cooperate rather than compete.”

Campbell Barr said that over the course of her political career she had to overcome several barriers but is proud to have been able to serve her fellow Costa Ricans, empower communities and make a difference.

“I had the great opportunity of being the VP of my country, but I feel I didn’t do it for Costa Rica alone but for all the girls and women in the world to show them that they can do everything they wish to achieve,” she said.

“Women lead differently to men. We do so with more love, we are more cooperative than competitive.”

Above all, Campbell Barr believes political power ought to be used to help ease the suffering of those who are less fortunate, who often lack the opportunities afforded the better off in societies.

“Using one’s voice is so important, to inspire people,” she said. “And when one is in a high political position, we have to work with both hands.”