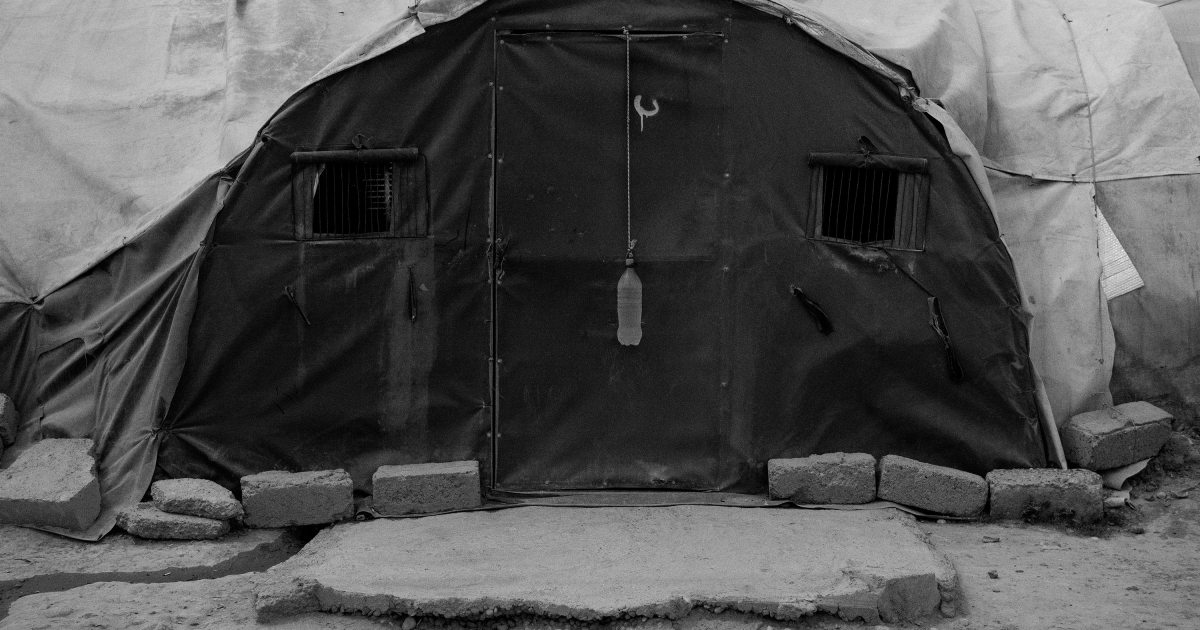 Landing in Iraq now means visiting a country where peace has not yet been able to remove the spirit of the war.

You are welcomed by chaotic cities and their dusty and congested streets. Bored soldiers at checkpoints remind us of past dangers and make us imagine future ones.

Those past dangers are most obvious in Mosul.

It is estimated that the 2016-2017 battle of Mosul, once the largest city under ISIL (ISIS) control, was one of the bloodiest clashes since the end of the second world war.

An intense bombing campaign by a United States-led coalition, carried out to encircle Mosul completely and tighten the grip on ISIL fighters, has left clear signs: kilometres and kilometres of destruction and rubble that today – five years after the end of the battle – have still not yet been removed.

Hundreds of thousands of people fled to find refuge in camps.

However, once hostilities ended, it has not been possible for everyone to go back to their previous life. Explosions and fighting have left indelible changes to cities and society at large.

For many people, the effect of the war is not over. Thousands of people still live in camps for the internally displaced.

They cannot go home for many reasons. Perhaps their house has been completely or partially destroyed, or they have tensions with other inhabitants in their village.

In any case, the war has changed the structure of the society itself.

In Tikrit, Thaer Khaleel Sahan told Al Jazeera that he has no means to rebuild his house, and that he cannot find a job.

Afrah Aswad Mohamad has a home to return to, but her community refuses to accept her because her husband was a prominent supporter of ISIL. Afrah says that her husband’s choices should not fall on her and that the chapter should now be closed, as she says neither she nor her children represent a danger to the community.

But her neighbours, who suffered under ISIL, do not agree, preventing her from returning home and effectively forcing her to remain in a camp. 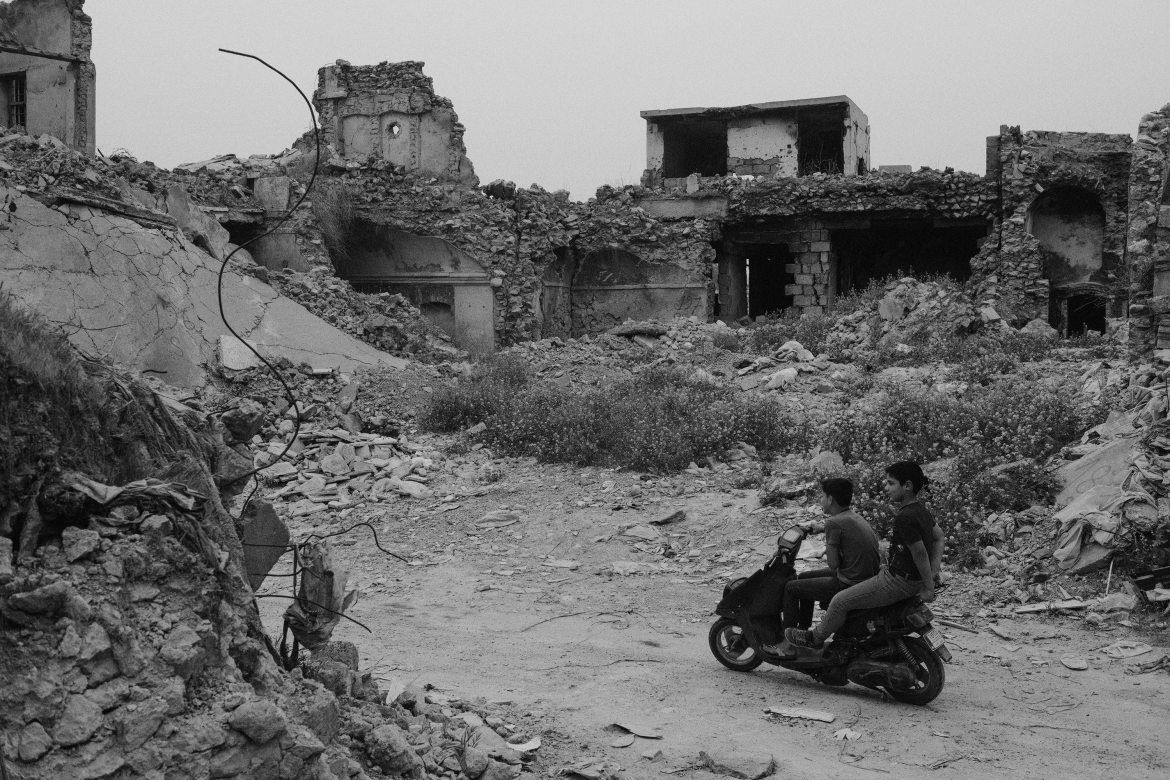 Mosul's old city was ISIL's final stronghold, and witnessed the worst bombing at the end of the battle. 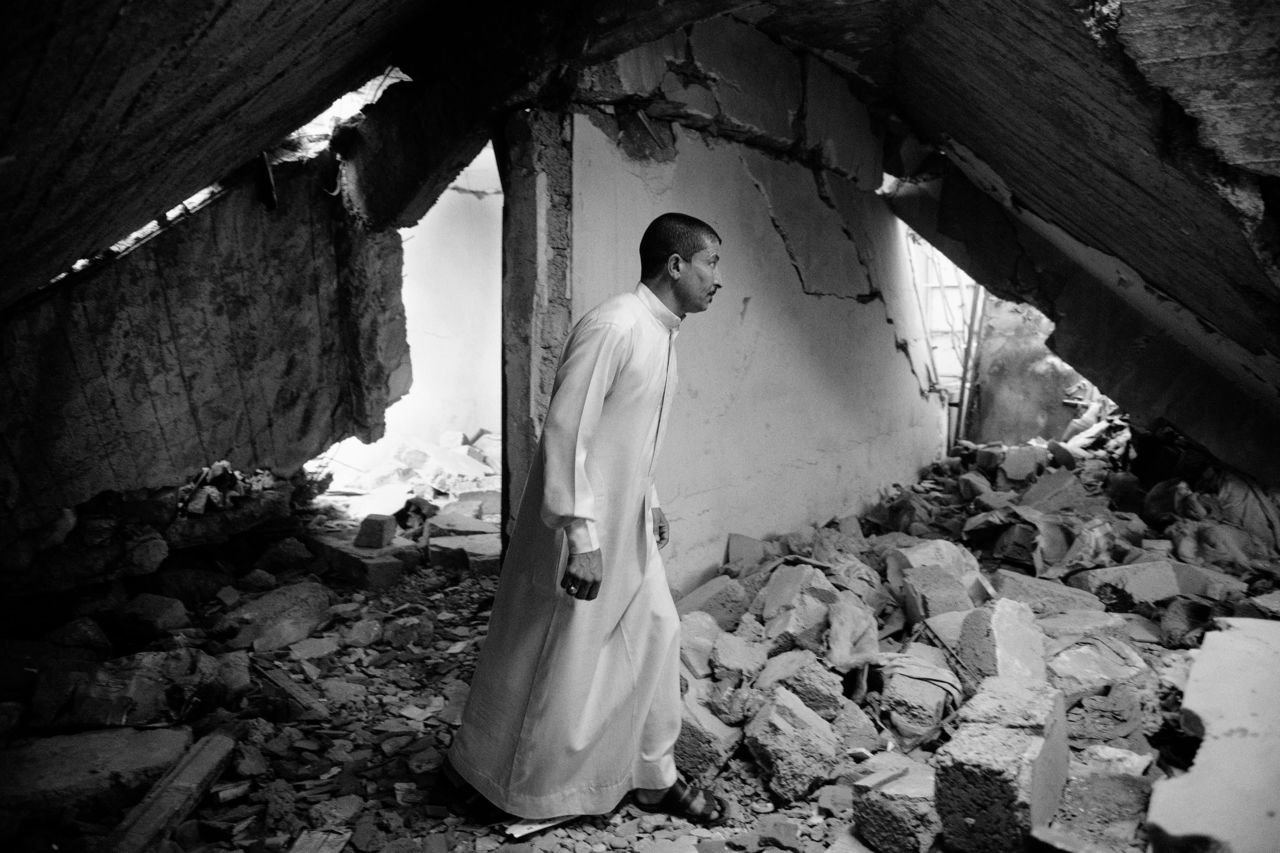 A man walks in the rubble of his house. During ISIL's occupation his home was used by the group's members because of its strategic position. The coalition bombed it during the fight for Mosul. 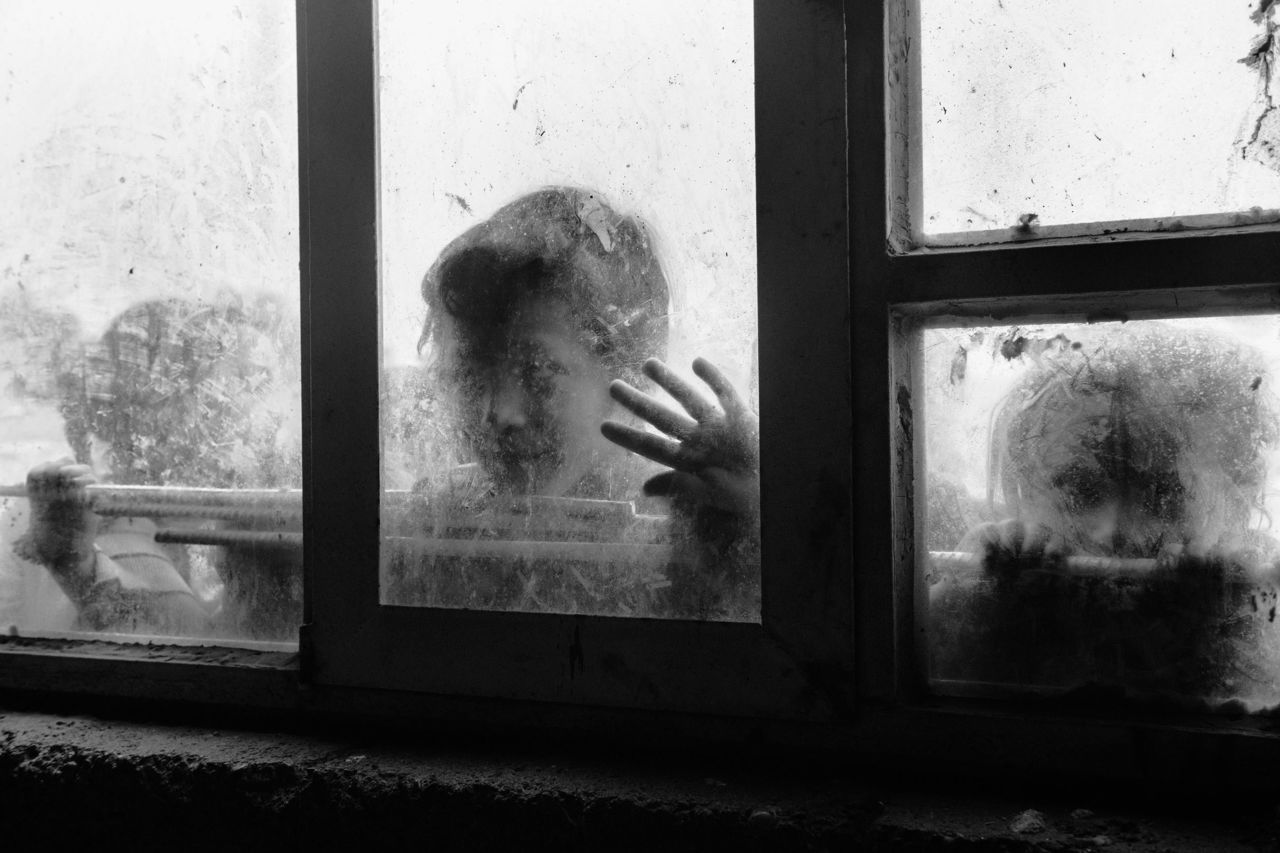 Children playing at the window of a newly built house in Baiji, in Salah ad-Din governorate. The outskirts of the city were the scene of particularly fierce fighting between the Iraqi army and ISIL fighters. 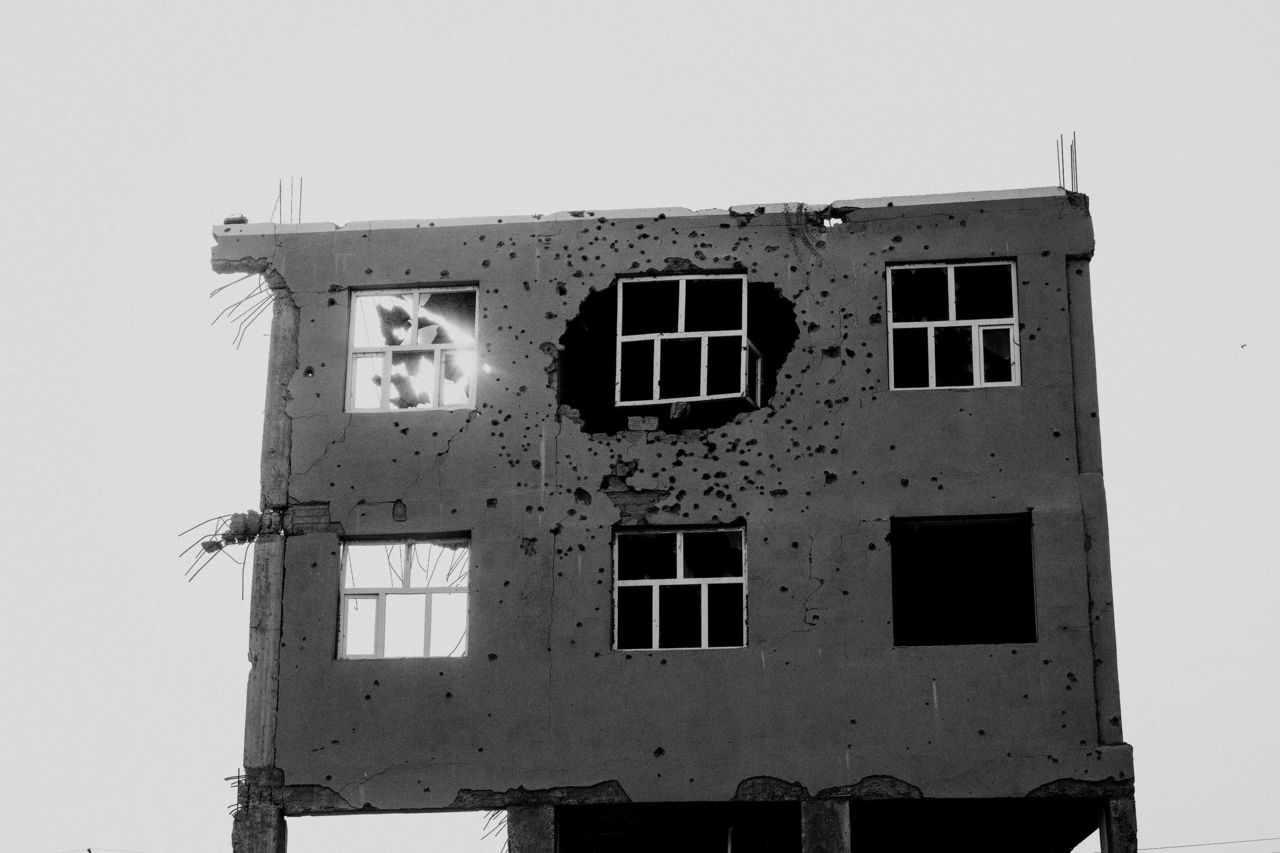 A building destroyed during the fighting between the Iraqi army and ISIL. 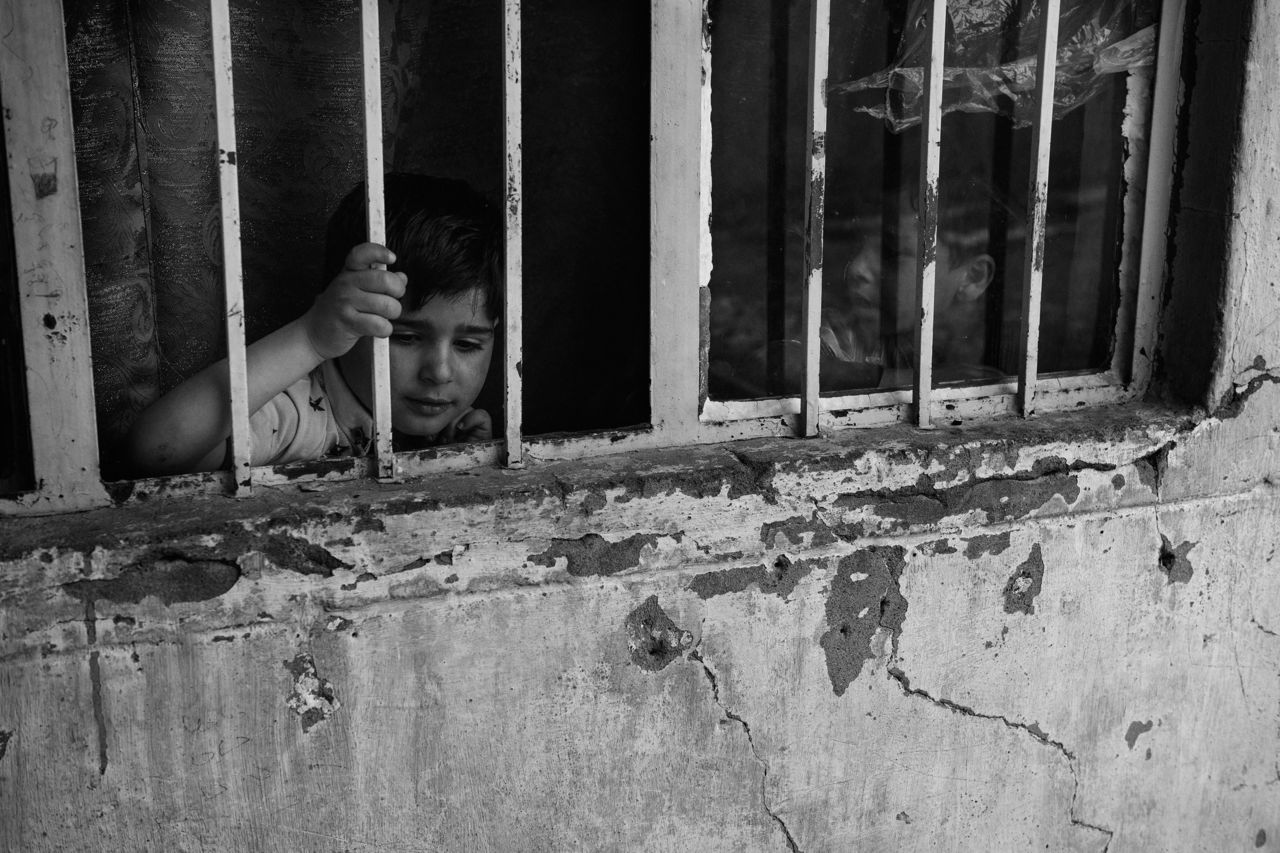 Children playing inside a house in Rabia, a town near the Iraqi border with Syria. 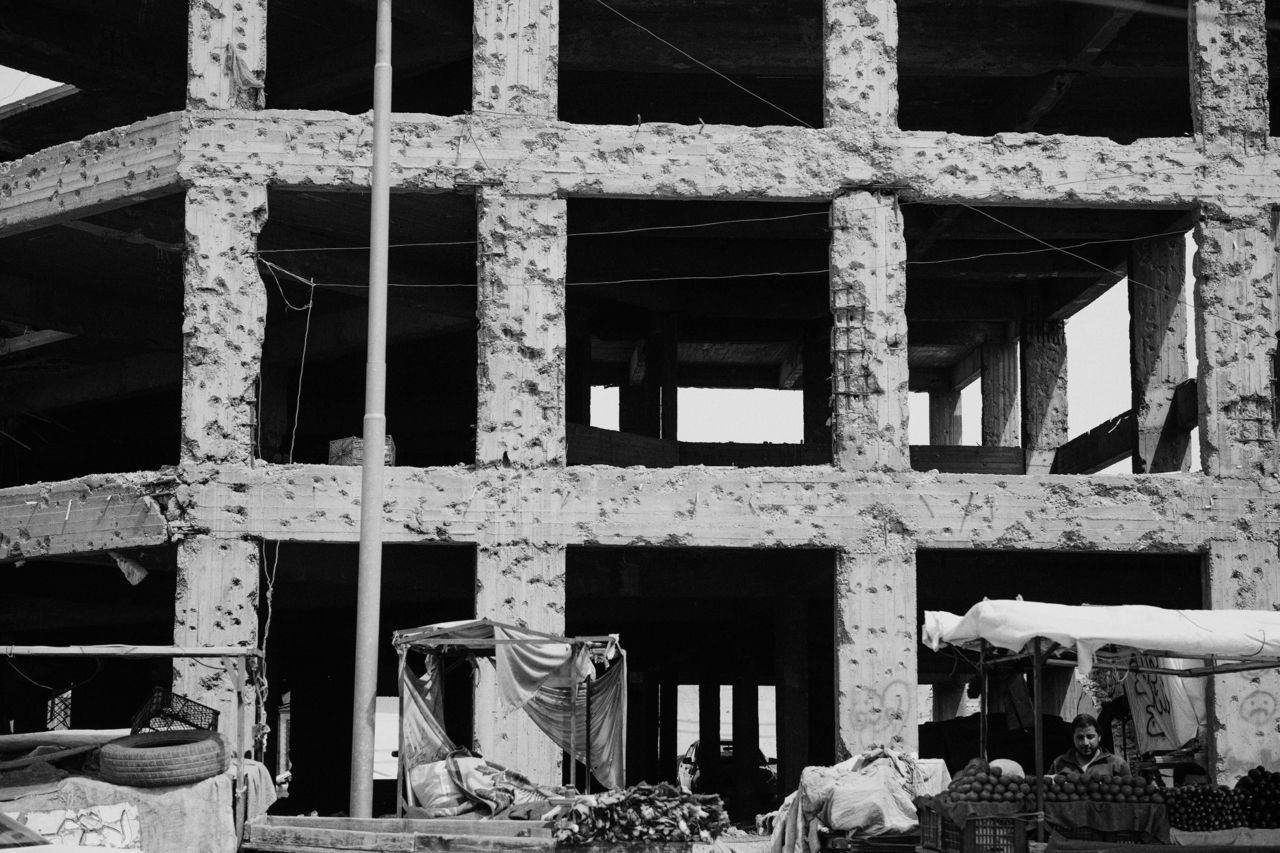 A street vendor set up his business in front of a building that still shows signs of the violent clashes that took place in the city of Mosul. 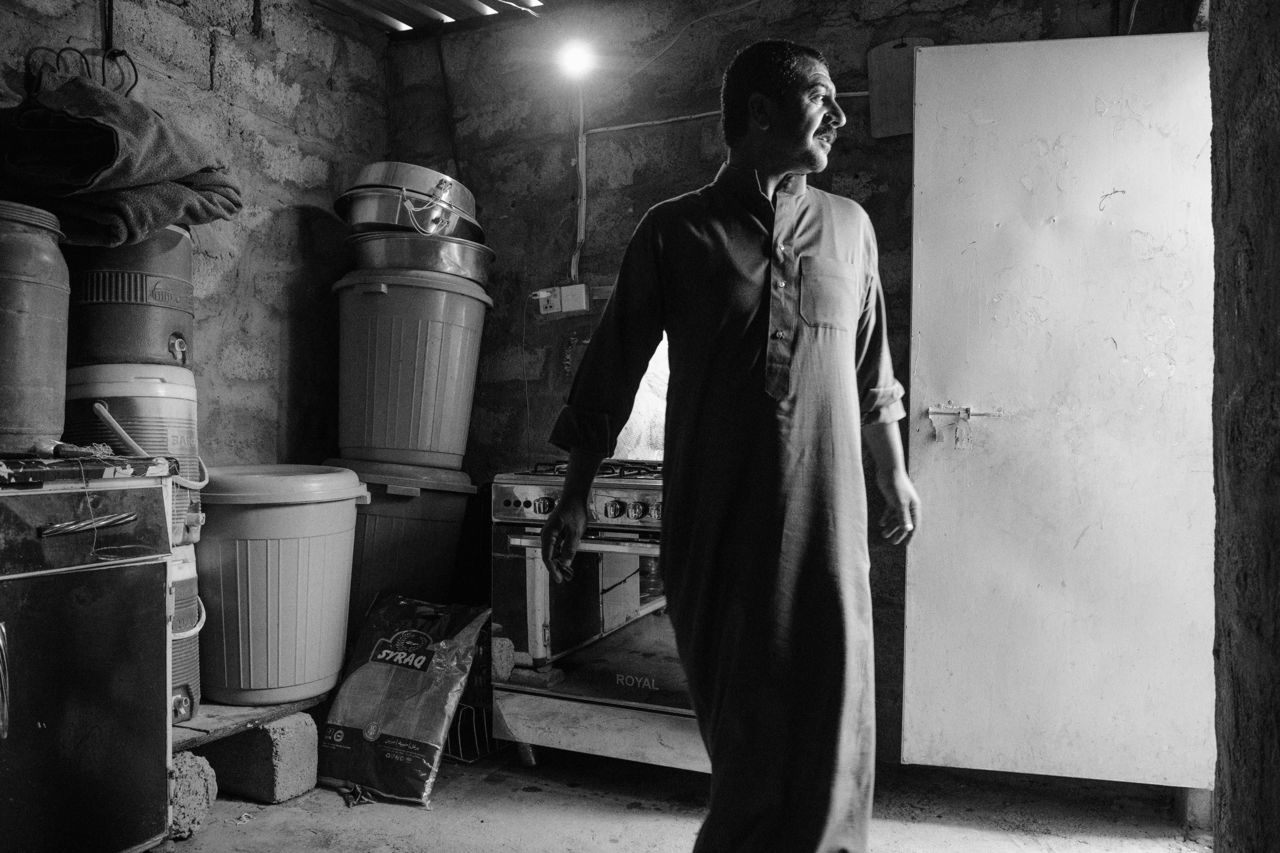 Waleed, from a village near Mosul called al-Saudia, had no money to rebuild his destroyed home, so he moved to the outskirts of Rabia. He lives there with his family, but his house is without running water. Before the war, he used to be a shepherd, but his animals have now gone. 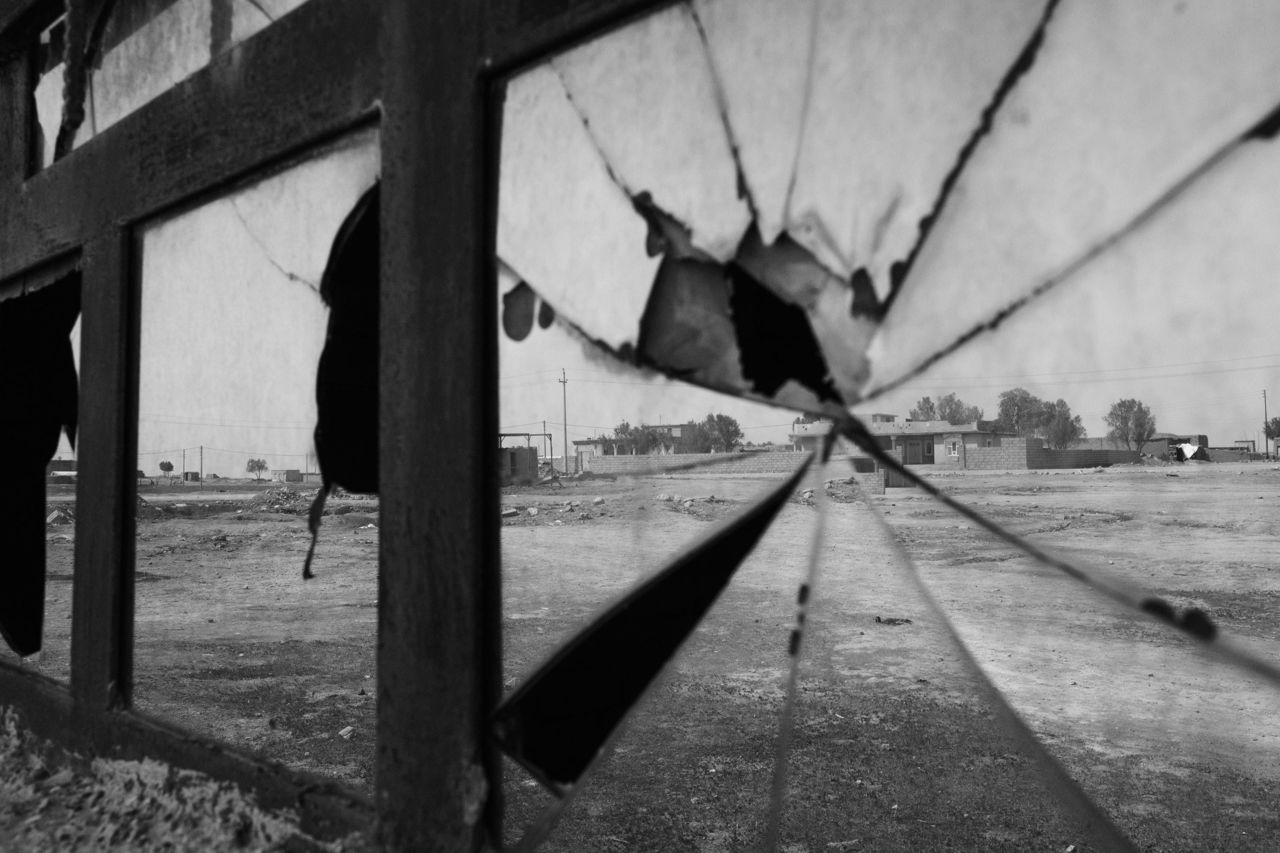 The windows in Rabia still show the damage inflicted during fighting. 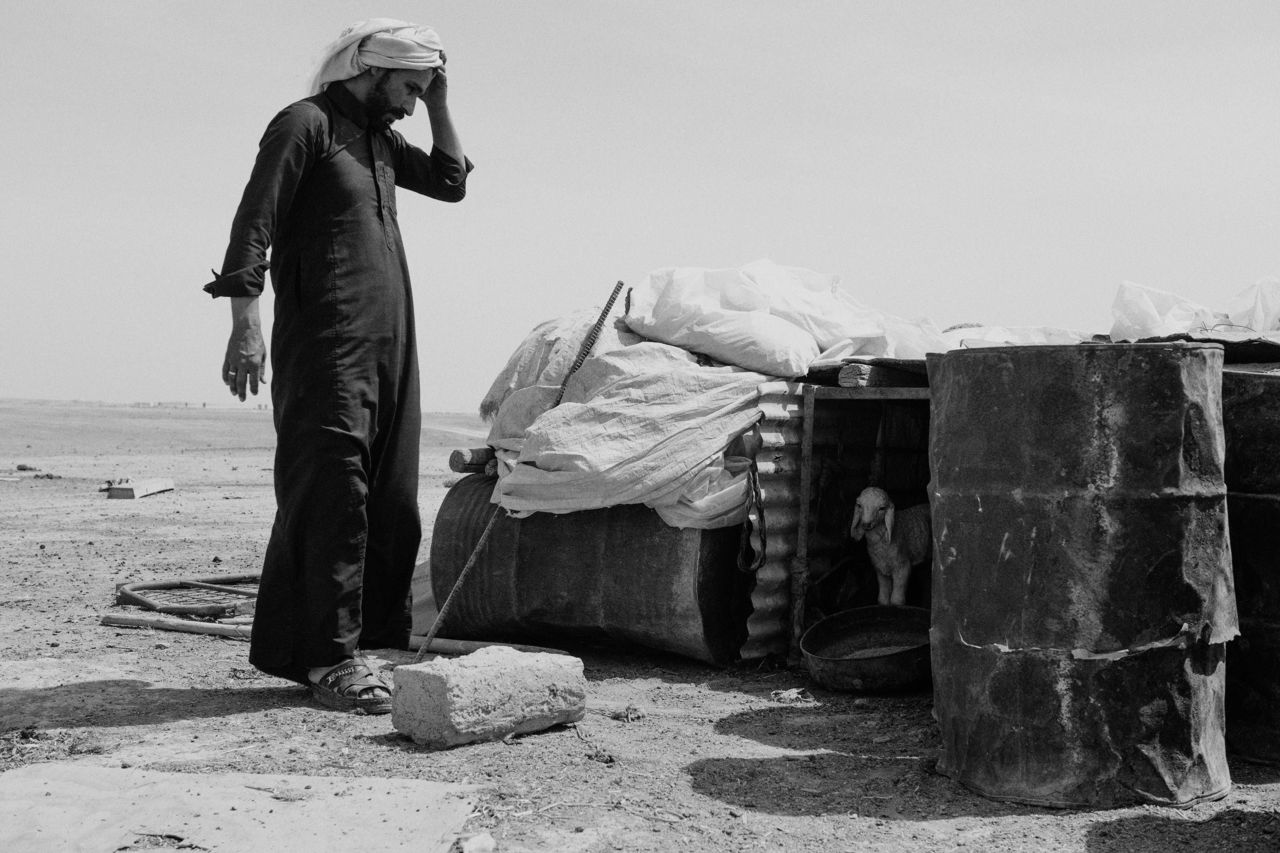 Khamis Hussein Salah feeds one of his lambs. After the war, he could not find a steady job and now survives on an Iraqi government monthly food ration. 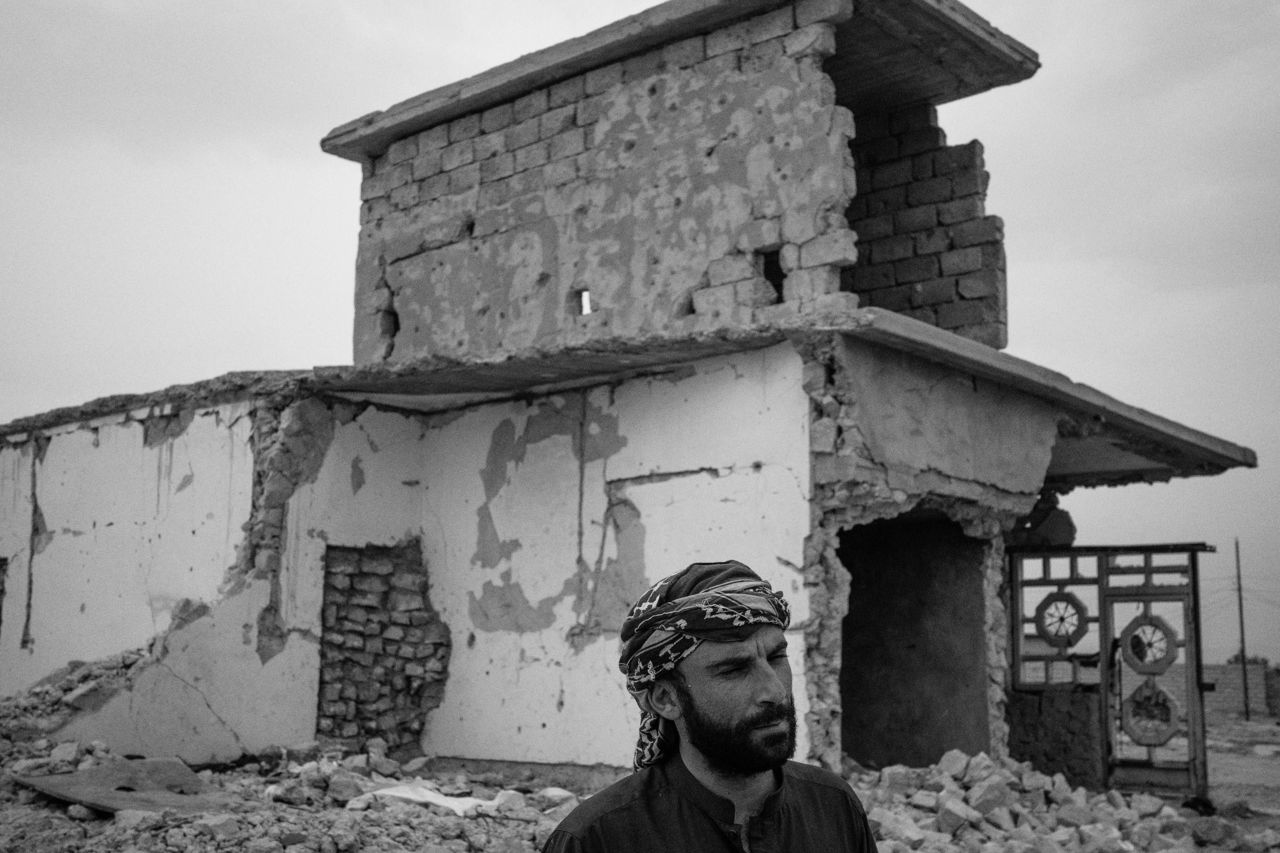 Thaer Khaleel Sahan fled Baiji a few months after ISIL arrived. After their departure, he returned but he cannot afford to rebuild his old home. 'I really hope that the government will rebuild my house. That’s all I dream of,' Sahan said. 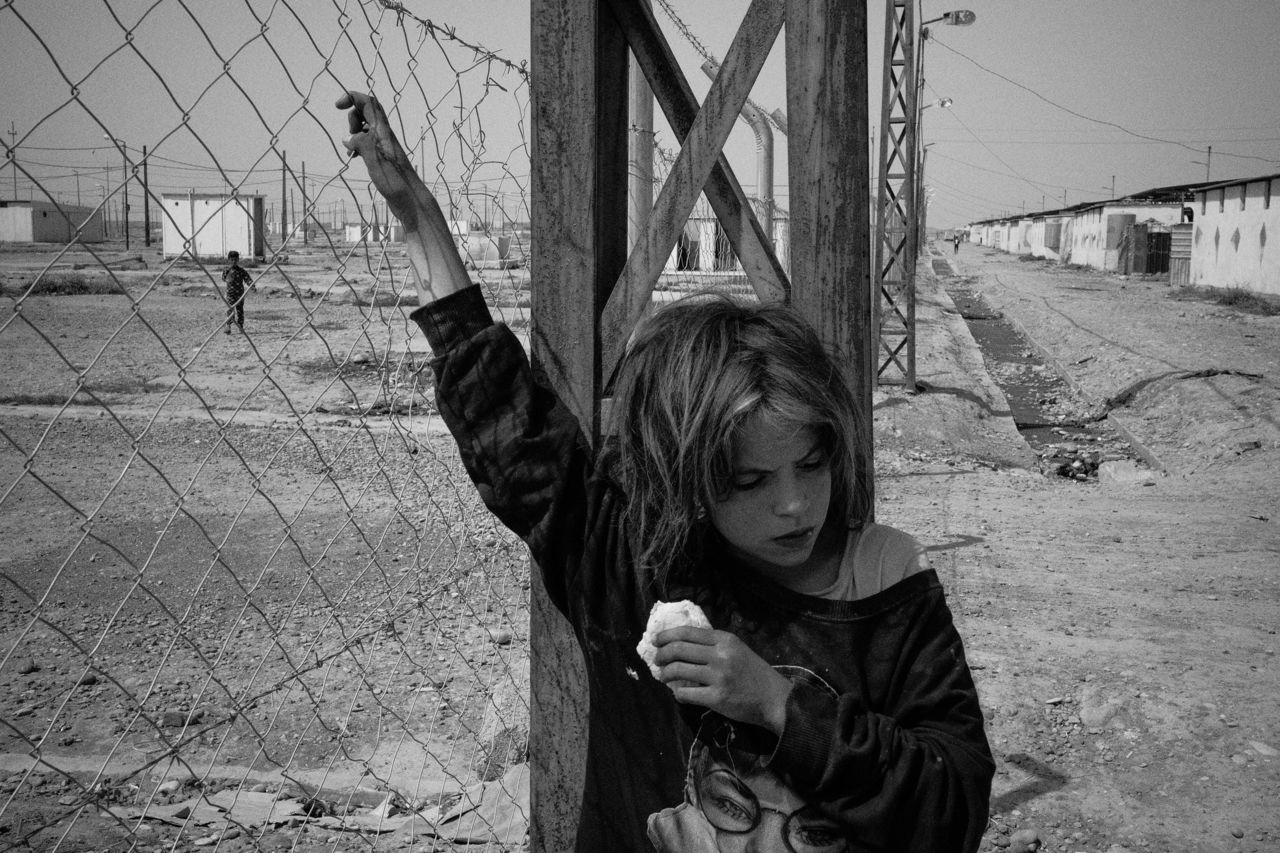 A young girl leans on a separation fence between different sections of a camp. 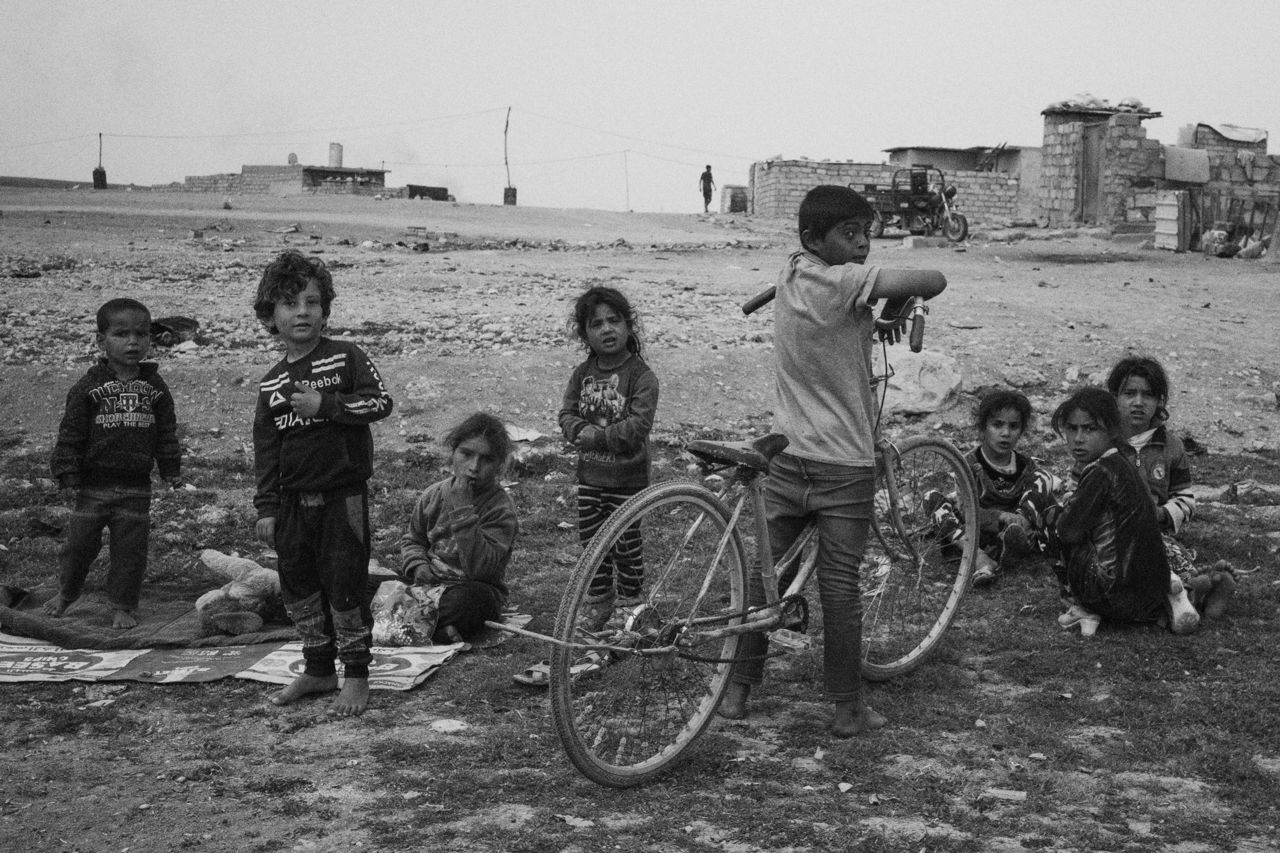 Children play in the outskirts of Mosul. ISIL still attempts to recruit in poorer areas. 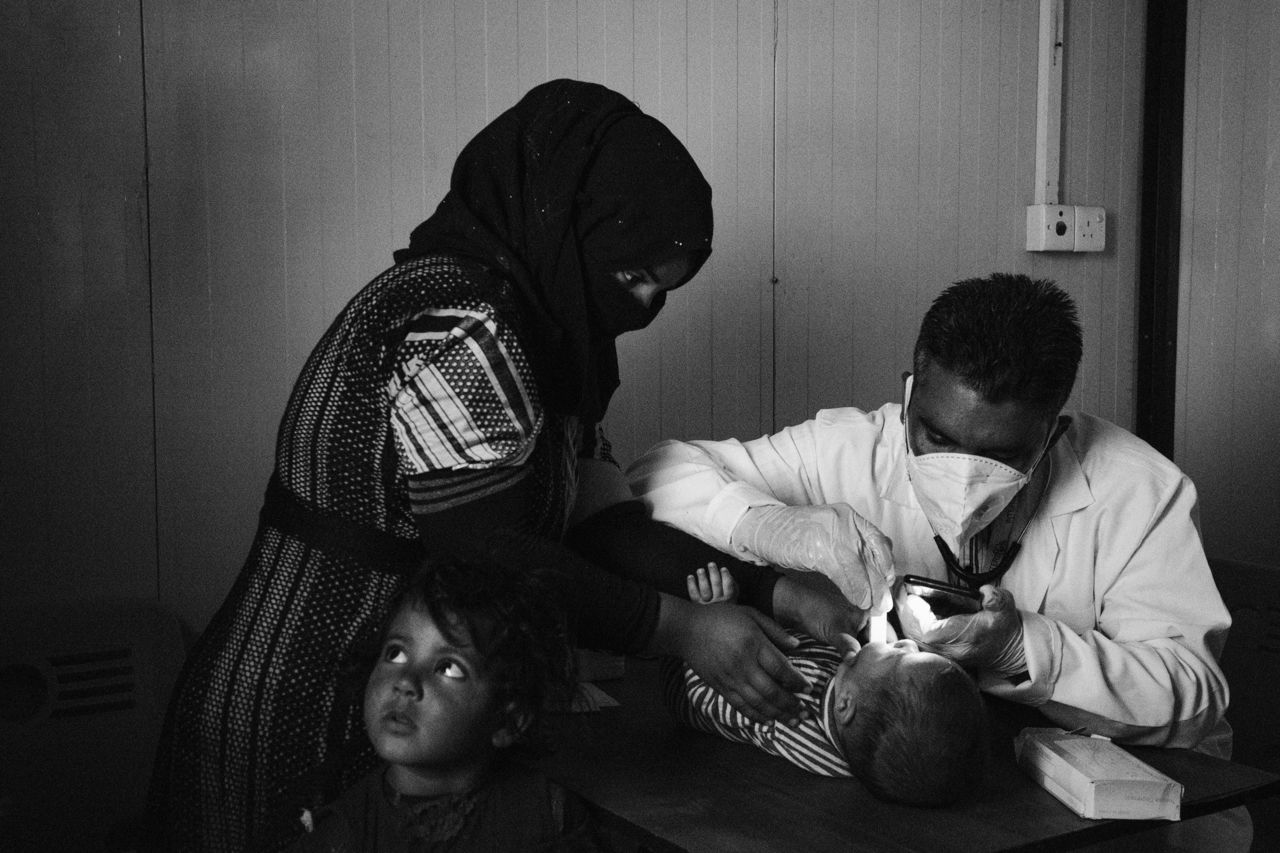 In a remote village south of Tal Afar, a doctor working with the NGO Intersos visits a baby inside one of the mobile clinics where the organisation provides basic health services. 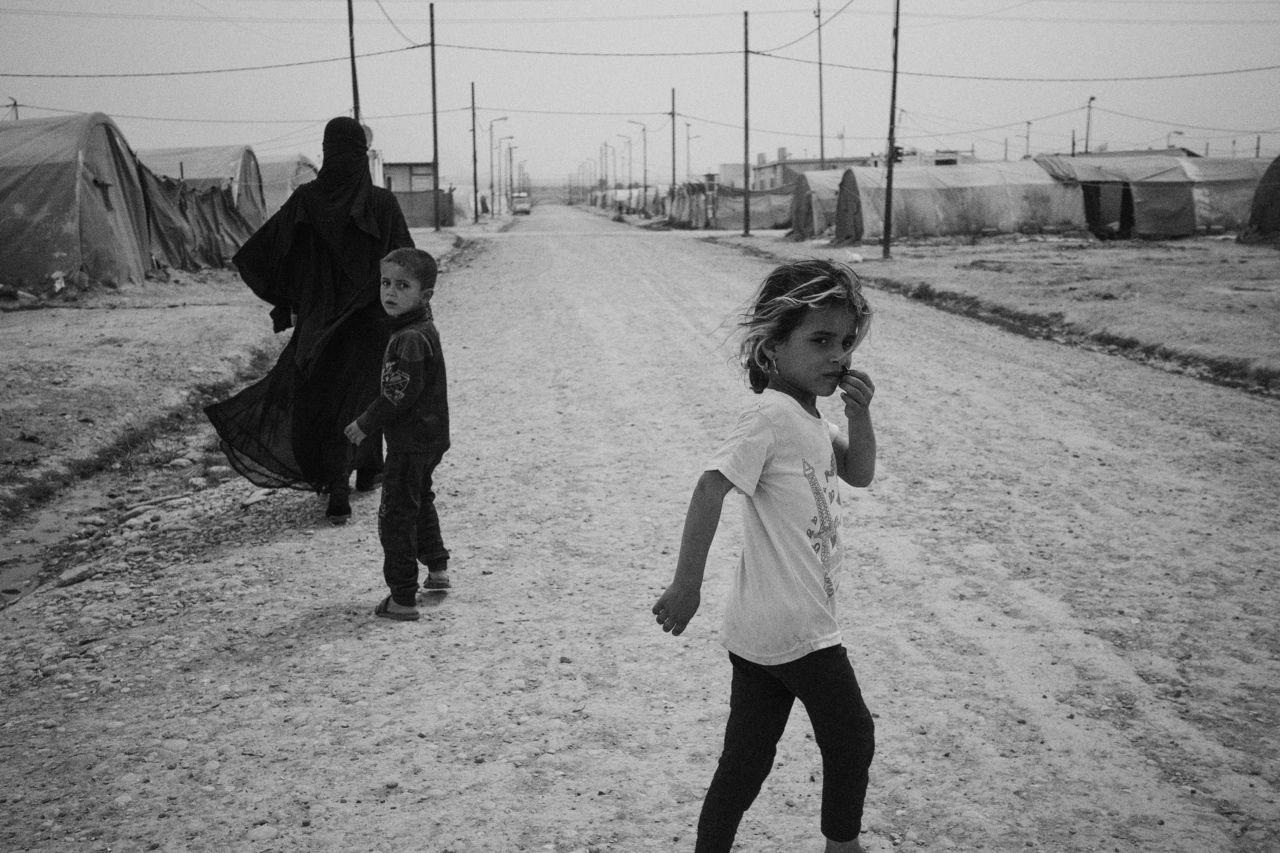 A woman and her children walk inside the Jeddah 5 camp. 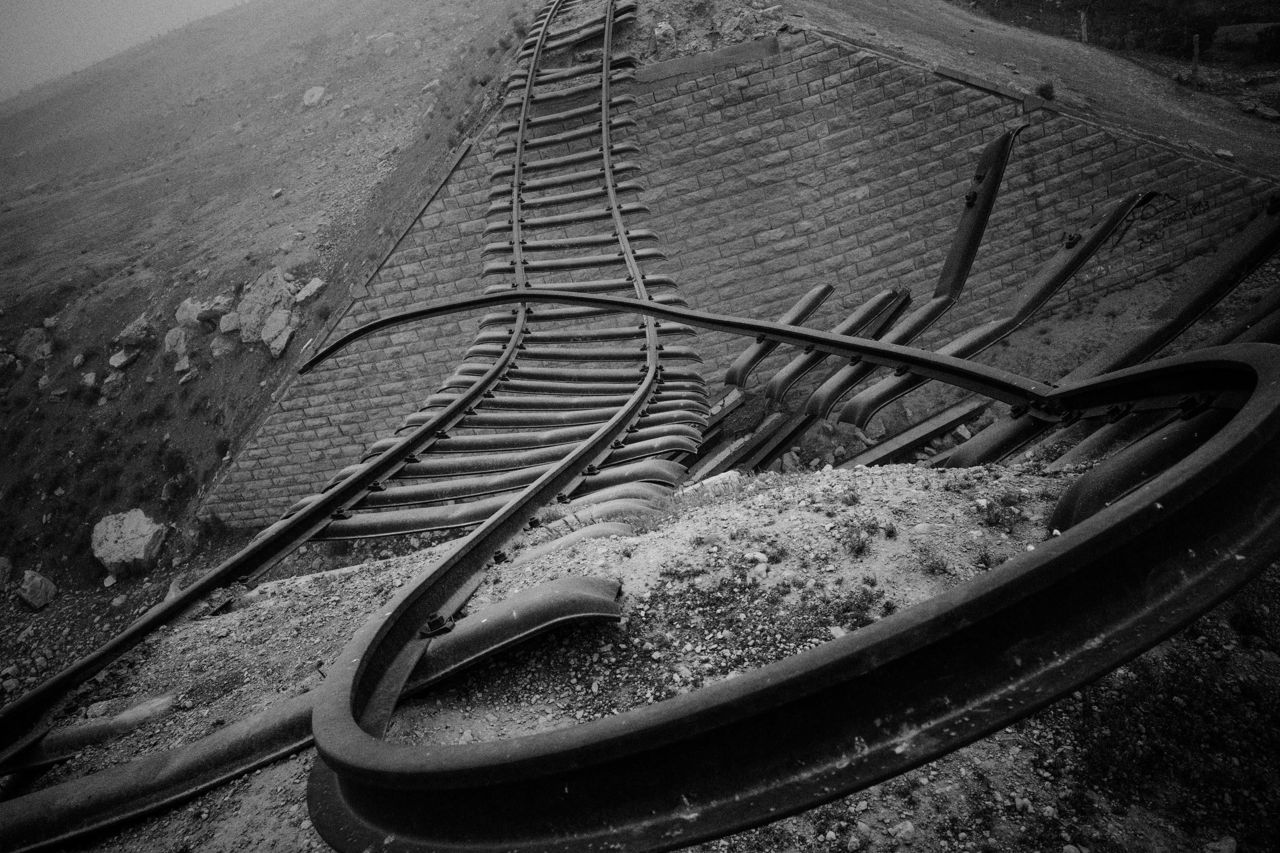 A railway track damaged by an air strike on the outskirts of Mosul during the fight against ISIL.