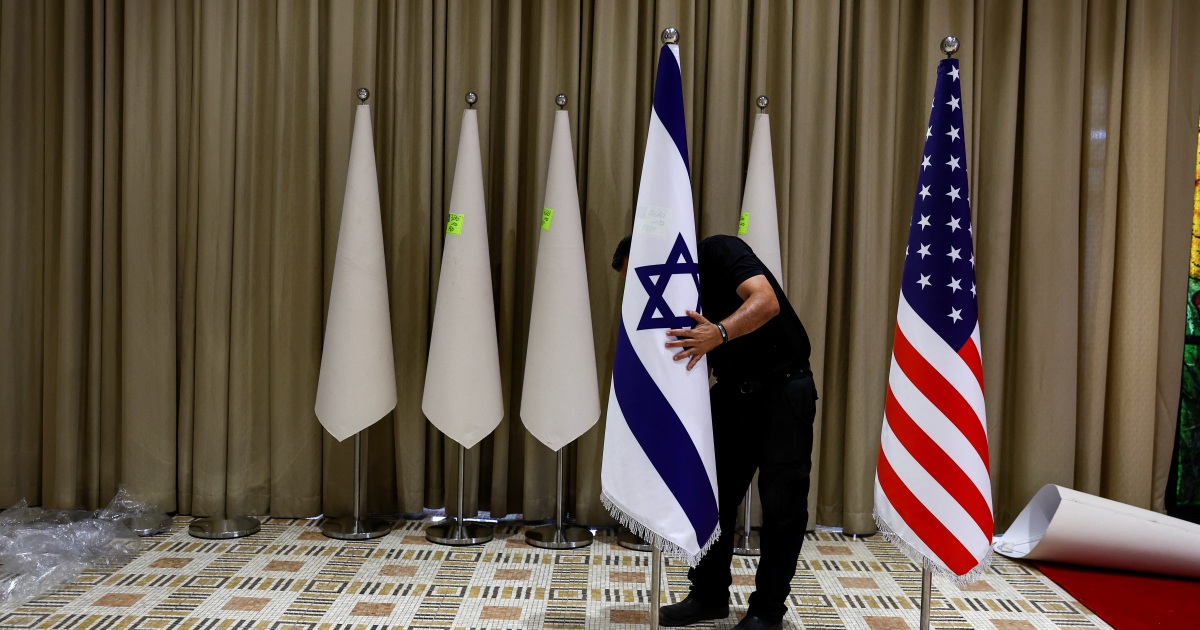 Israel-Palestine US policy: What changed under Biden, what didn’t

A self-proclaimed Zionist, President Joe Biden is often cited by his top aides as saying that if there were no Israel, the United States would have to create one.

So when Biden took the White House, Palestinian rights advocates and Arab-American voters who backed him did not set high expectations for a change in US posture towards Israel under his leadership.

Still, amid pledges from the Biden campaign and an early presidency of pursuing a foreign policy that would centre on human rights, many had hoped the president would at least reverse some of his predecessor Donald Trump’s moves that had further aligned the US with Israel.

But rights advocates say the Democratic president has so far failed to deliver on his modest promises to Palestinians with the current US position remaining closer to what it was under Trump than what it had been under Barack Obama.

As Biden heads to Israel for the first time as president, Al Jazeera looks at what Trump policies Biden has changed and which ones he kept in place:

US embassy in Jerusalem

Of all of Trump’s policy shifts in favour of Israel, moving the US embassy to Jerusalem from Tel Aviv was perhaps the most consequential one. The 2018 move gave a practical US endorsement for Israel’s claims to the entire holy city as its capital.

Israel had illegally annexed East Jerusalem in 1980 after capturing it in 1967.

While Palestinians voiced outrage against the move and the United Nations overwhelmingly declared it “null and void“, the decision was cheered by politicians from both major parties in Washington.

With a muted Arab response, Trump declared Jerusalem “off the table” ahead of relocating the embassy.

For Biden, returning the embassy to Jerusalem was never a serious consideration. Under his administration, the US has treated Jerusalem as the capital of Israel while using ambiguous language to describe how it views East Jerusalem.

For example, the US Department of State’s annual country report on human rights includes East Jerusalem under the section on Israel. But it adds a caveat: “Language in this report is not meant to convey a position on any final status issues to be negotiated between the parties to the conflict, including the specific boundaries of Israeli sovereignty in Jerusalem or the borders between Israel and any future Palestinian state.”

In 2019, Trump shuttered a consulate for Palestinian affairs in Jerusalem, folding its functions into the Israeli embassy in the holy city.

The move severed ties with the Palestinians and spelled out a US rejection of their claims to Jerusalem.

As a candidate, Biden promised to reopen the consulate, but more than a year and a half into his administration, the move has not materialised.

While US officials say they are still committed to re-establishing the diplomatic post, Biden and his top aides have been reluctant to publicly clash with Israel, which opposes reopening the consulate.

“As President, Biden will take immediate steps to restore economic and humanitarian assistance to the Palestinian people, consistent with US law, including assistance to refugees, work to address the ongoing humanitarian crisis in Gaza, reopen the US consulate in East Jerusalem, and work to reopen the PLO mission in Washington,” Biden’s campaign said in a platform for Arab American voters in 2020.

The Palestinian Liberation Organization’s mission to Washington – closed by Trump in 2018 – has not been reopened under Biden either, amid bipartisan domestic pressure against the move.

As a candidate, Biden pledged to oppose annexation and settlement expansion. And in contrast with Trump, who never publicly opposed Israeli actions, the Biden administration has occasionally verbally criticised the approval of new settlements in the occupied West Bank.

But such muffed criticism often comes in vague statements that draw parallels between Israeli and Palestinian actions and state that the US rejects escalatory moves from both sides.

On one rare occasion last October, US State Department Spokesperson Ned Price was straightforward with his criticism of Israel after it announced a major settlement expansion plan.

“We strongly oppose the expansion of settlements, which is completely inconsistent with efforts to lower tensions and to ensure calm,” Price said at that time.

But that direct language quickly faded away.

Asked last week whether the US has pressured Israel to stop a settlement project that would separate Palestinian communities in the West Bank from East Jerusalem, Price said: “We have consistently spoken to both sides to encourage them not to take steps that would exacerbate tensions in that – in the case of something like this would put a two-state solution further out of reach.”

“It’s been the continuation of a politicised approach,” she said of Biden’s policies on the conflict.

“Whether it’s the Biden administration or specific members of Congress, they’re creating an Israel exception. No other country will be allowed to do what Israel does without the political repercussions that it should face on the world stage. And the principal protector in that regard is the United States.” 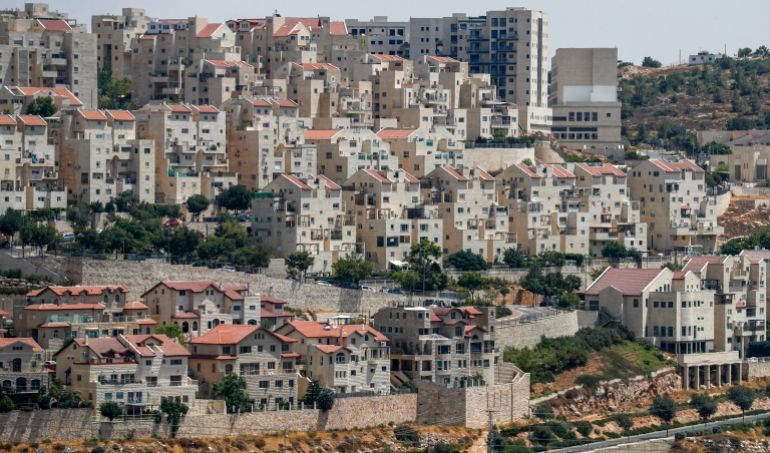 Despite growing calls for conditioning or restricting US aid to Israel, Biden has actually increased Washington’s assistance to its chief ally in the region from the Obama and Trump days.

Israel receives $3.8bn in US assistance annually, and this year it was handed an additional $1bn to “replenish the Iron Dome” missile defence system after the Gaza war in May 2021.

Whereas Trump virtually ended all US assistance to Palestinians, completely cutting off funding for the United Nations Relief and Works Agency for Palestine Refugees (UNRWA), Biden has revived some of the assistance.

Since coming to office in 2021, Biden says his administration has restored $500m in aid to Palestinians, including funds for UNRWA, which had received around $350m annually in the Obama era.

The Biden administration has been fully committed to the normalisation push between Israel and Arab countries that started under Trump, known as the Abraham Accords.

The State Department says Arab-Israeli normalisation does not satisfy the need for peace between Israel and Palestinians. But analysts say Biden has been advocating for the same Trump-era normalisation that overlooks Palestinians.

In fact, ahead of his trip to the Middle East, Biden repeatedly invoked normalisation as the reason behind his visit.

“Part of the purpose [for] the trip to the Middle East is to deepen Israel’s integration in the region, which I think we’re going to be able to do, and which is good for peace and good for Israeli security. And that’s why Israel leaders have come out so strongly for my going to Saudi,” Biden said late last month.

When Trump recognised Israeli sovereignty over Syria’s occupied Golan Heights, many international law experts warned that the move would undermine the prohibition on the acquisition of land by force.

Although Biden is championing the concept of territorial integrity in Ukraine, his administration has maintained the status of the Golan Heights as belonging to Israel.

While US Secretary of State Antony Blinken has previously used ambiguous language to describe the Syrian territory, no change in US policy on the issue was ever announced since Biden came into office.

“US policy regarding the Golan has not changed, and reports to the contrary are false,” the Department of State’s Bureau of Near Eastern Affairs said on Twitter last year.

While Trump had all but shunned Palestinians in his policies for the region, the Biden administration has been trying to re-establish US relations with the Palestinian leadership.

Last month, the US administration announced that the Palestinian affairs unit within the US embassy in Jerusalem would start reporting directly to the Bureau of Near Eastern Affairs in the US Department of State “on substantive matters”.

But experts dismissed the move as mostly cosmetic, stressing that it is not an adequate substitute for the push for an actual consulate for Palestinians in Jerusalem.

“Under the current circumstances, I’m very comfortable stating to you that simply this is a PR attempt to try to placate frustration on the Palestinian side, particularly in light of the upcoming visit by the president to the region,” Khalil Jahshan, executive director of the Arab Center Washington DC, told Al Jazeera at that time.

Still, the administration has credited itself for what it portrays as repairing relations with the Palestinian Authority.

“We’ve worked with Israel, Egypt, Qatar and Jordan to maintain the peace without permitting terrorists to rearm. We also rebuilt US ties with the Palestinians,” Biden wrote in the Washington Post. 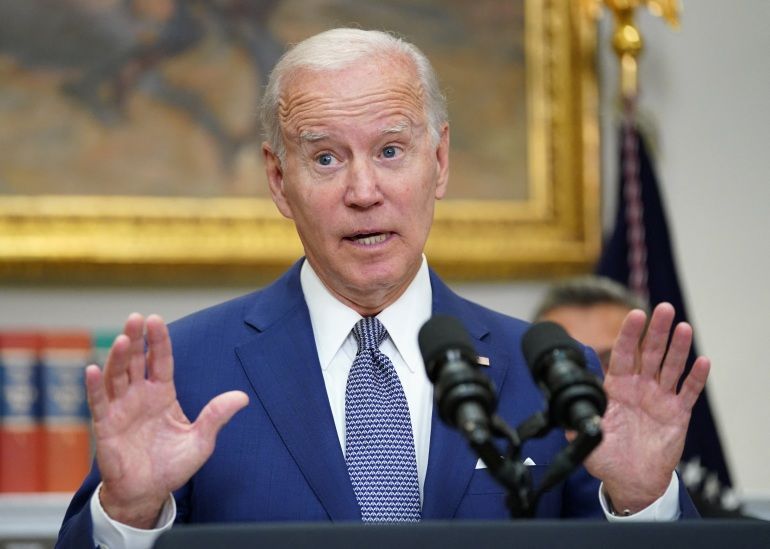 Biden has re-engaged with multiple UN and international agencies that Trump had quit because of their criticism of Israel, including the Human Rights Council.

But US officials have always stressed that they are returning to these fora to protect Israel from within, not to back efforts to uphold the human rights of Palestinians.

Last month, the State Department berated a Human Rights Council commission of inquiry that had issued a report accusing Israel of seeking permanent control over Palestinians with “no intention of ending the occupation”.

Price said in a statement on June 7 that the commission of inquiry “represents a one-sided, biased approach that does nothing to advance the prospects for peace”.

Likewise, the Biden administration revoked sanctions that Trump had imposed on International Criminal Court (ICC) officials while maintaining its opposition to ICC investigations into Israeli abuses.

Over the past few weeks, the State Department has said repeatedly that the ICC is not an “appropriate venue” to investigate the killing of Al Jazeera journalist Shireen Abu Akleh, who was fatally shot by Israeli forces in the occupied West Bank in May.