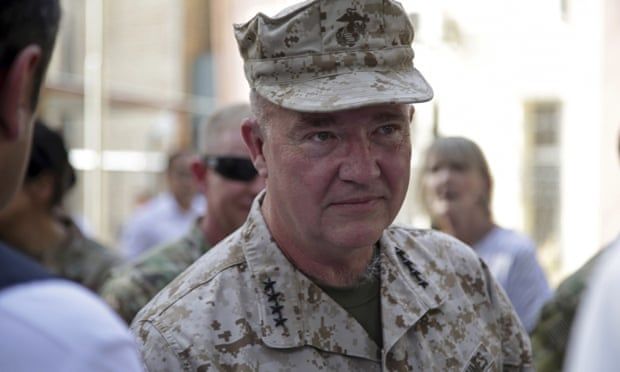 Israel and Saudi Arabia ‘in talks over joint defence against Iran’

US-brokered summit discusses shared threat of Tehran’s growing missile and drone capabilities
Top military officials from Israel and Saudi Arabia have met in secret US-brokered talks to discuss defence coordination against Iran, according to a report.

Delegations from Riyadh, as well as Qatar, the United Arab Emirates, Bahrain, Jordan and Egypt, met the Israel Defence Forces (IDF) chief of staff in the Egyptian town of Sharm el-Sheikh in March, the Wall Street Journal revealed on Sunday, citing US and regional officials.

The US was represented by Gen Frank McKenzie, the former head of US Central Command, whose area of responsibility was expanded under Donald Trump to include Israel.

The unprecedented summit marks the first time Israeli officials have met with such a wide range of counterparts from the Arab world, with the aim of countering the shared threat of Tehran’s growing missile and drone capabilities.

Israel has no formal diplomatic relations with either Qatar or Saudi Arabia, the region’s geopolitical heavyweight, which is vying for influence with Iran.

During the Trump administration, the majority Jewish state signed the Abraham accords establishing formal relations with the UAE, Bahrain, Morocco and Sudan, ushering in an era of closer ties between Israel and its Arab neighbours.

The accords ended a decades-old taboo in Arab diplomacy as power and priorities in the Middle East shift: the region’s mostly autocratic governments have grown apathetic to the occupation of the Palestinian territories, and Israel and the Gulf states have a common enemy in Iran.

President Joe Biden is planning to visit Israel and Saudi Arabia in mid-July, when he is expected to announce further steps in the warming relationship between two of the Middle East’s most powerful nations. A proposed agreement is believed to include allowing Israeli commercial flights over the kingdom, and Israeli approval of a plan to transfer Egypt’s control of two strategic Red Sea islands back to Riyadh.

Arab countries also appear to be increasingly keen to access sophisticated Israeli air defence technology after a spate of drone strikes in recent years on oil facilities and infrastructure in Saudi Arabia and the UAE thought to have been carried out by Iran.

The most serious attack, claimed by the Iranian-backed Houthi rebels in Yemen, hit an Aramco compound in Saudi Arabia in September 2019, shutting down about 5% of global oil production and causing chaos in financial markets.

The Sharm el-Sheikh summit’s participants reportedly agreed in principle to coordinate rapid notification systems when aerial threats are detected, and discussed potential decision-making processes on which country’s forces would intercept drone, ballistic or cruise missile attacks. Alerts for now would be sent via phones and computers, rather than a US-style military data-sharing system.

The meeting came after a lower-level working group of countries in the region discussed hypothetical threat scenarios and ways in which nations could work together to detect and counter aerial attacks.

The understandings were not binding, the Journal reported, and support from political leaders would be needed to codify the discussed notification arrangements and any broader military cooperation.

In a statement, Central Command did not acknowledge the meeting but said it “maintains a firm commitment to increasing regional cooperation and developing integrated air and missile defence architecture to protect our force and our regional partners”.

Spokespeople for Israel and the Arab countries present did not comment on the summit. Speaking to Israeli Knesset members in a briefing last week, Israel’s defence minister, Benny Gantz, described what he called the “Middle East Air Defence Alliance” as already operational.
#Donald Trump  #Joe Biden